AUTUMNAL WEBS AND THE END OF THE HOLIDAYS 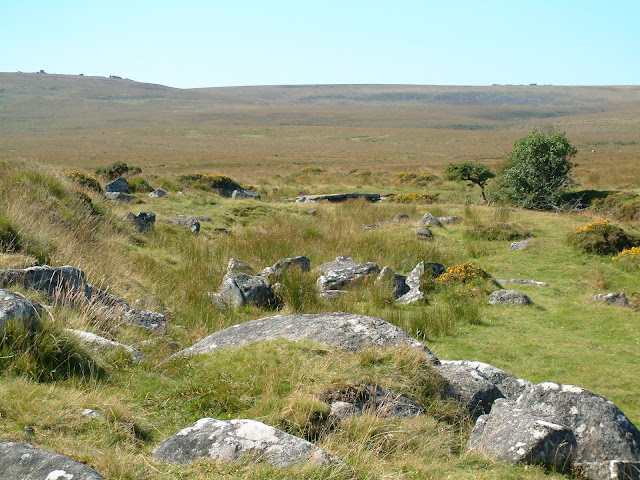 The day before yesterday morning it was misty, slightly drizzly and distinctly autumnal (unlike the picture above from yesterday). The misty drizzle revealed a  moor covered in spider’s webs as far as the eye could see. The following morning we were back to summer and the extent of the webs had become invisible. I took these pictures but they only go some way to getting over the spooky atmosphere that was created. 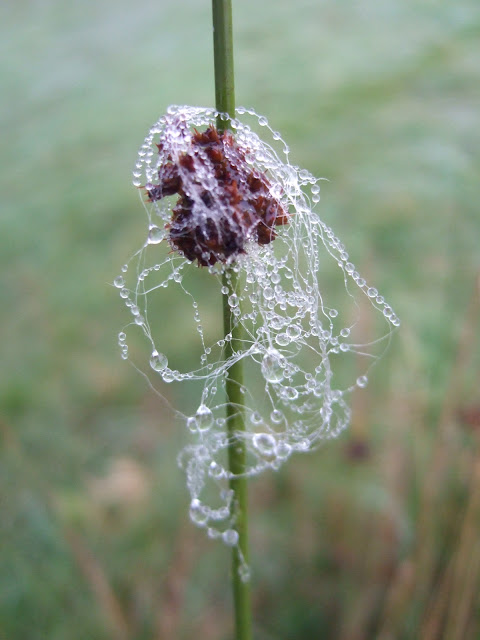 Web on a piece of Sedge 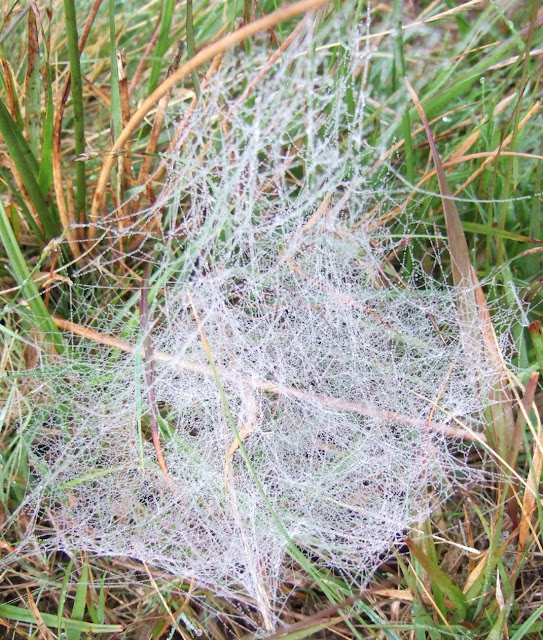 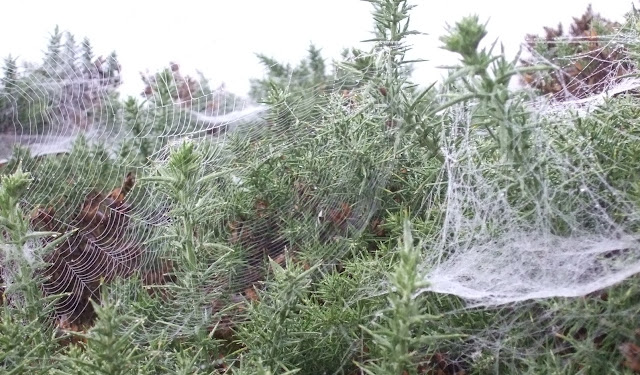 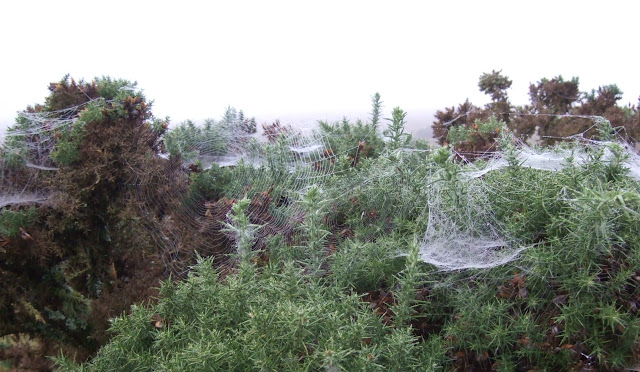 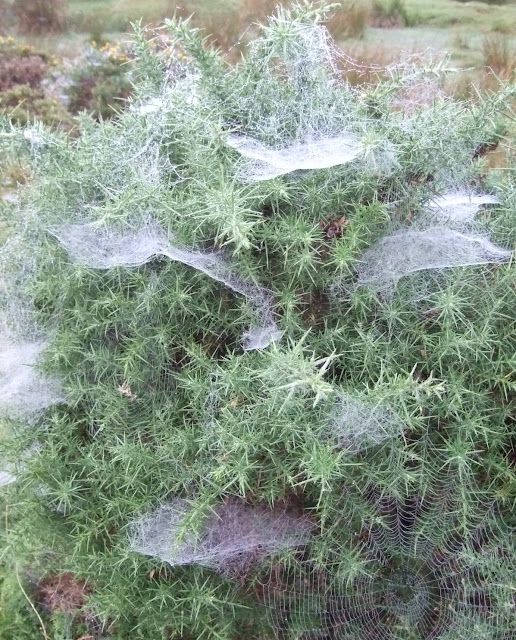 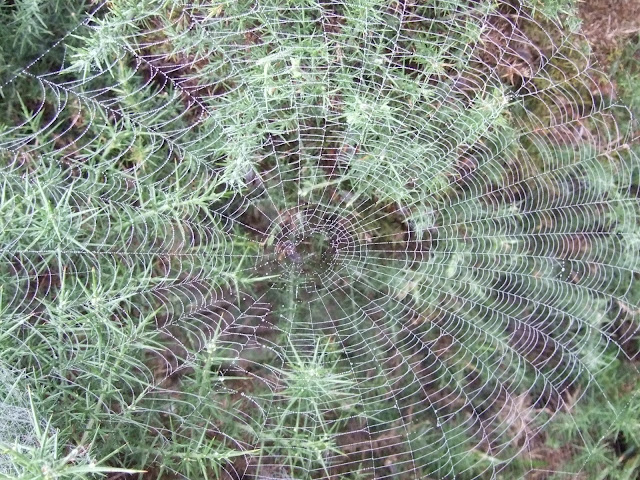 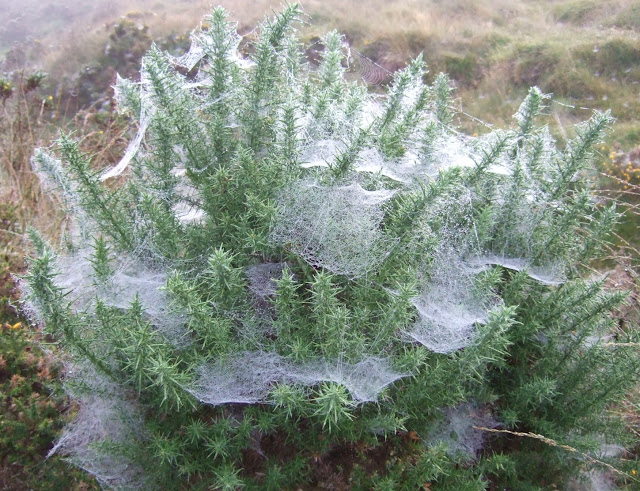 Earlier in the week Snippet had another encounter with Lizzy, who is more playful than any of the others. She was chasing him and gently trying to pounce on him. They both really seem to enjoy it. Here is the pouncing evidence and a couple of her and Betty. 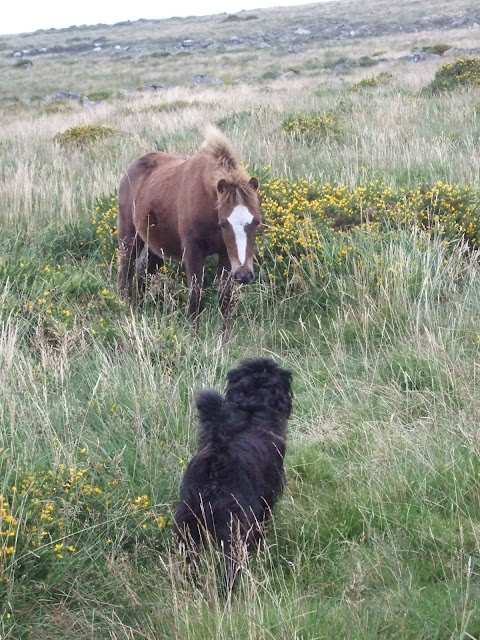 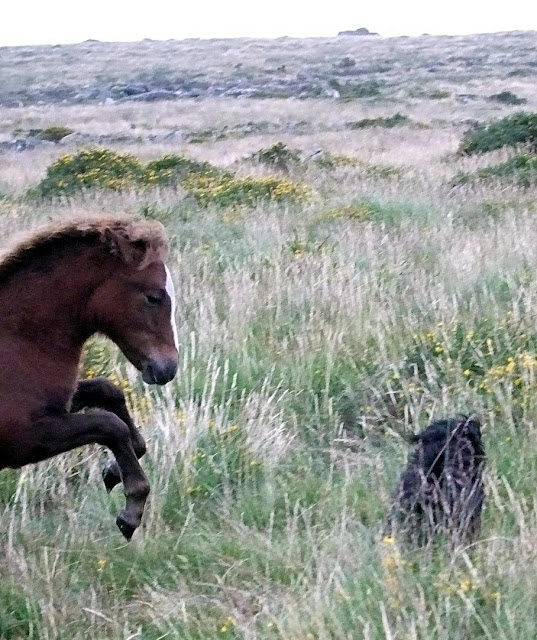 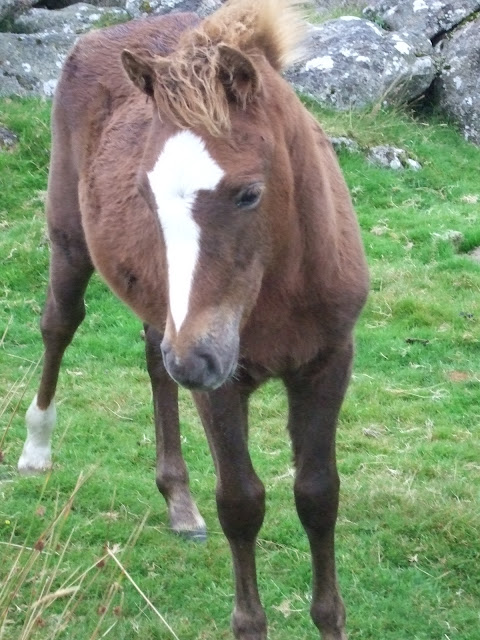 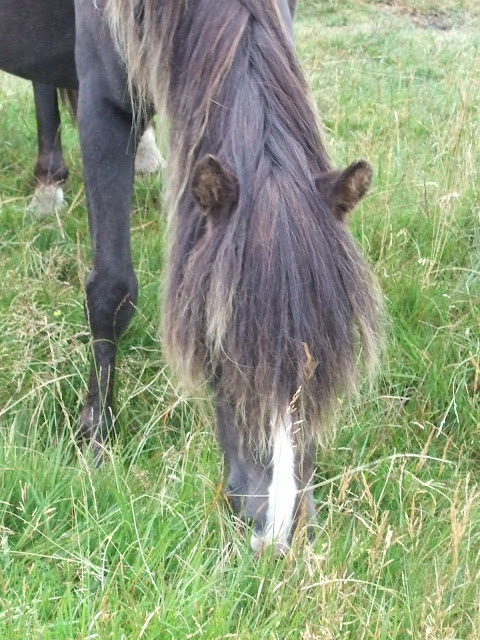 Betty's mane really is out of control

Autumn is definitely coming; the grasses are suddenly brown instead of green and the ponies, including Trigger, are sprouting their winter coats. 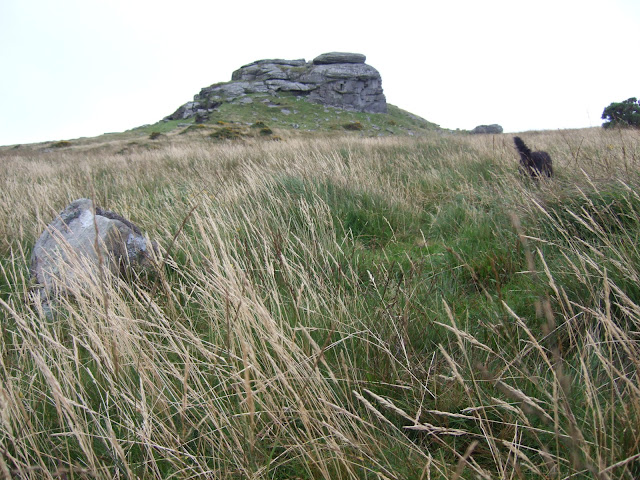 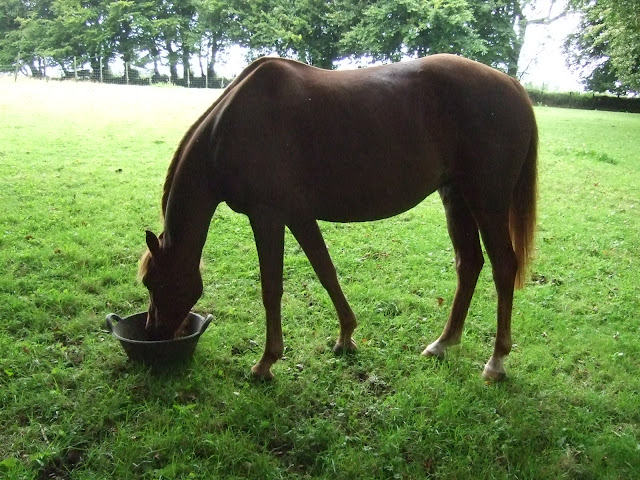 Give it a few weeks and he will NOT look like this!

Yesterday evening, our broadband connection was so bad I had to give up trying to publish this post. We've recently changed provider and the new router is proving less impressive than the last one. Being right at the end of the line and having the cables buried for aesthetic National Park reasons, means our broadband is about as narrow as it can be and still have that title, and we have little chance of it ever being improved given the potential cost for what is essentially five households out here. Anyway, I'm back today and hoping things might go better.

Origami boy went back to school today and, like Danielle at Tales from the Rookery, I'm very relieved. I just need to be alone sometimes and, much as I love him, he needs to be with other children as much as possible, which is a strain sometimes. I try not to feel too guilty and it does get easier each year. We and some friends whose children are Origami Boy's friends too, all went for a walk and a swim in the river yesterday, which was lovely. Snippet had a great time too with his two doggy friends, one of whom is younger than him so they have a LOT of fun. I'm off out to feed Trigger now as I didn't have time this morning before getting to school, and then Snippet and I will be off for our first proper walk for seven weeks. Here he is with the lovely Sky. Till next time.... 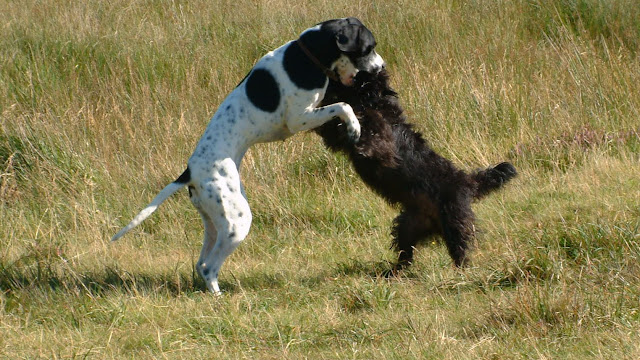