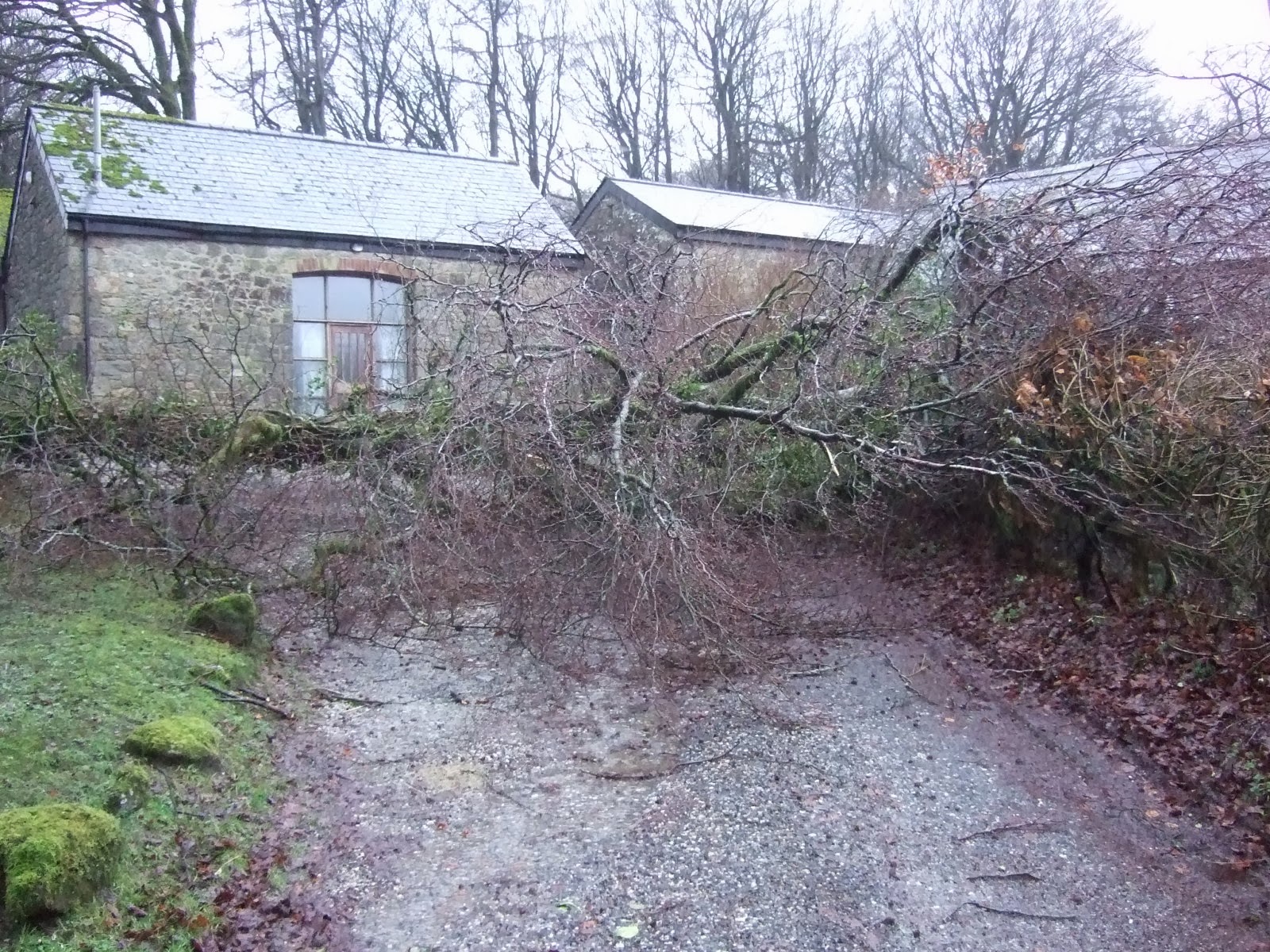 About 7.00 last night, as the wind and rain raged outside, OB asked us what 'that whooshing sound' was. We said it was probably the wind. However, when I went to feed Trigger this morning, I found my way blocked by this large Beech tree across the drive. It only just missed our neighbour's house and took a lot of her garden fence down. Just underneath the tree in the picture above on the far left, is where we were parking our cars a few months ago when we were worried about the tree whose limb fell off last May. Thank goodness we forgot to do it last night! 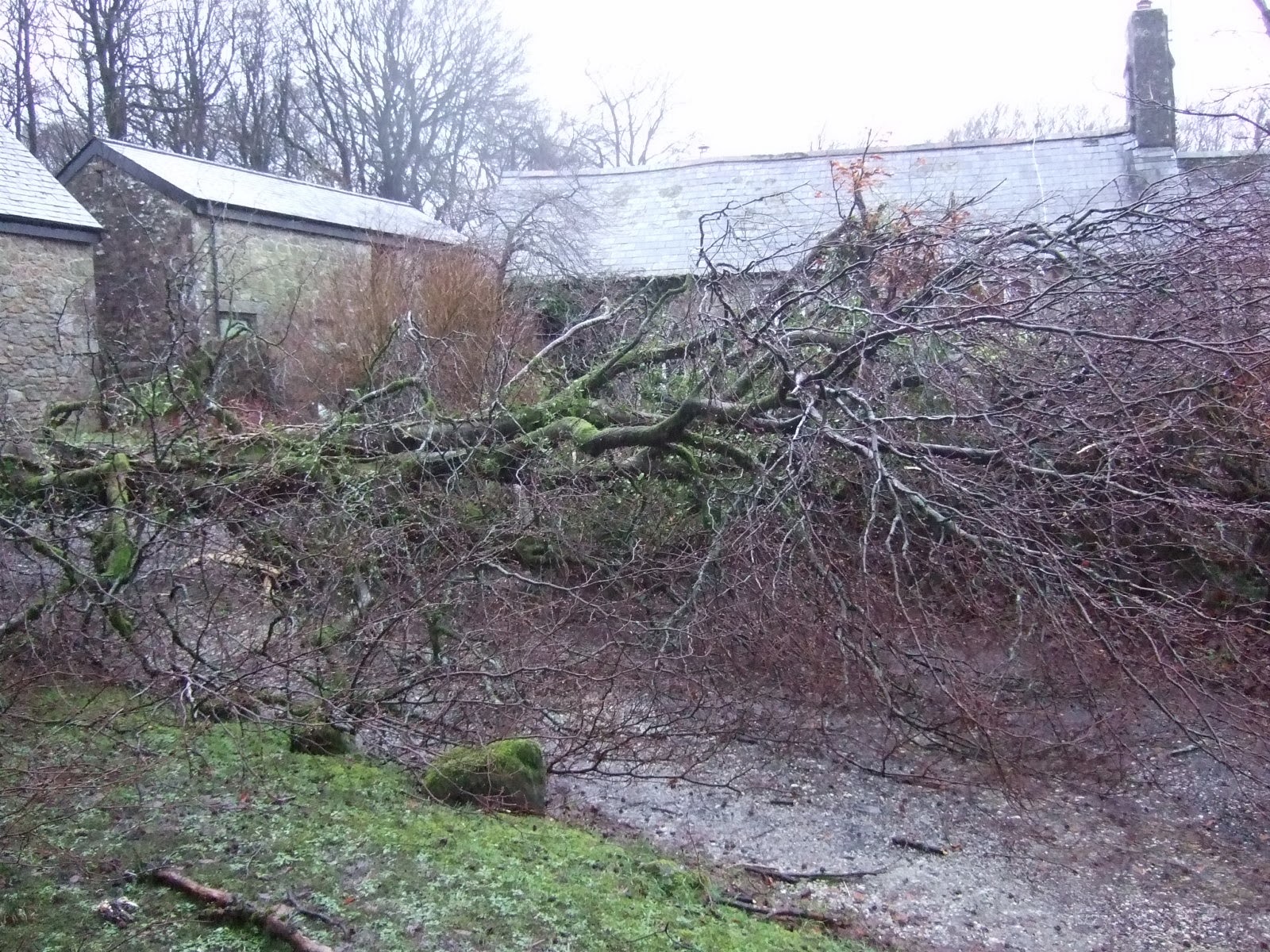 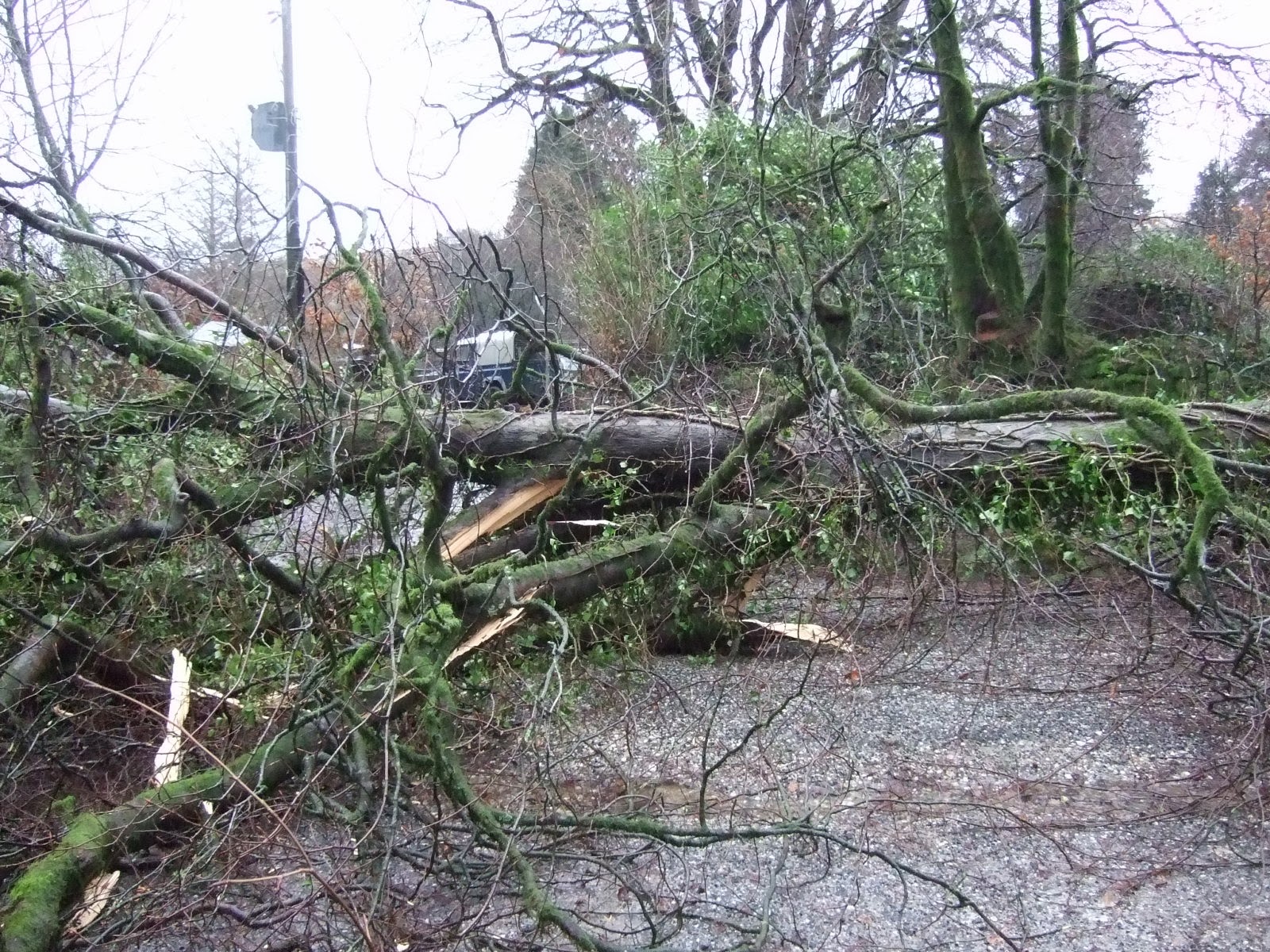 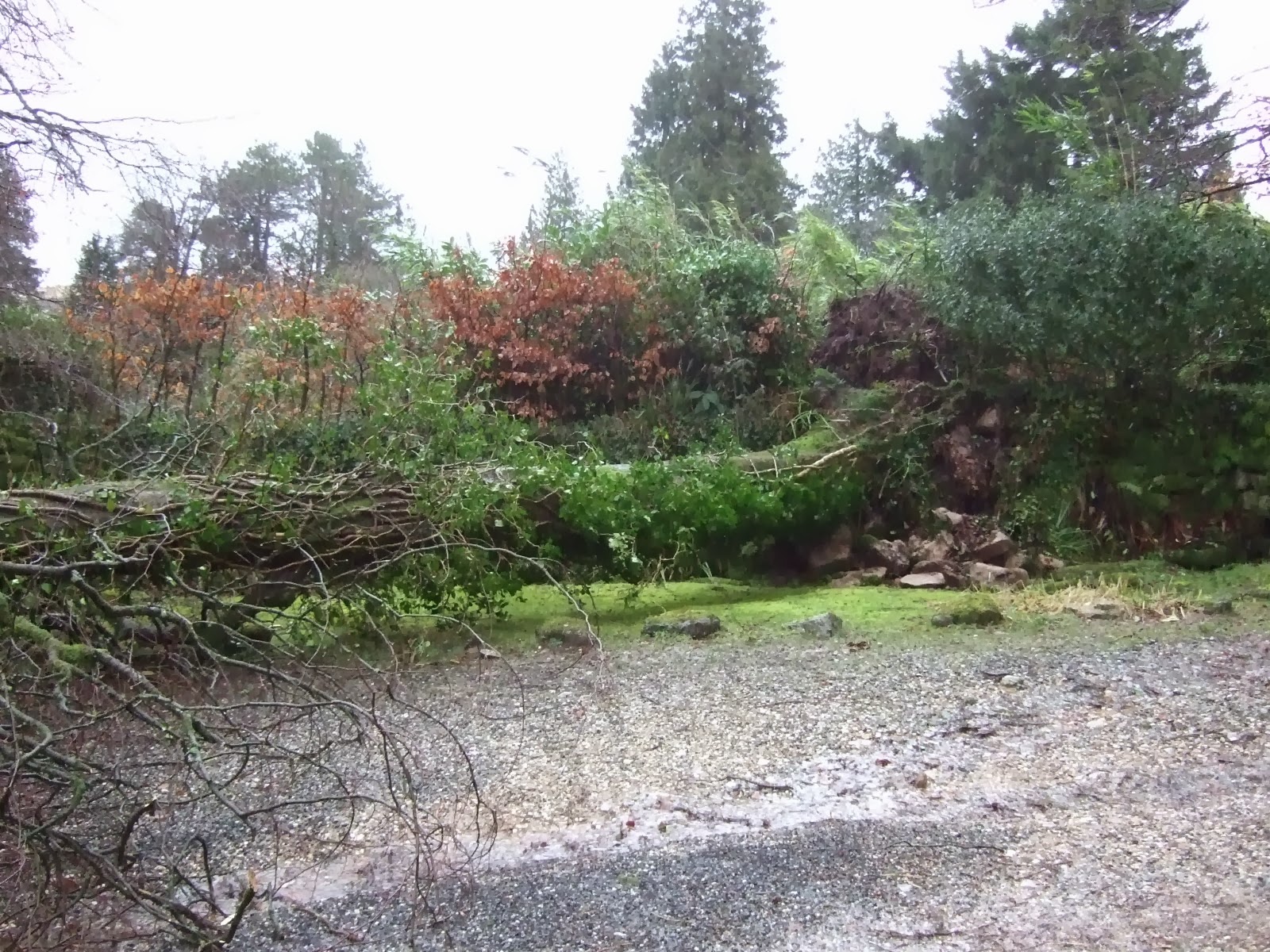 M took the morning off work and wielded the chainsaw in the pouring rain with another neighbour and had it cleared by the time I got home from taking OB to school and my mum to Waitrose: 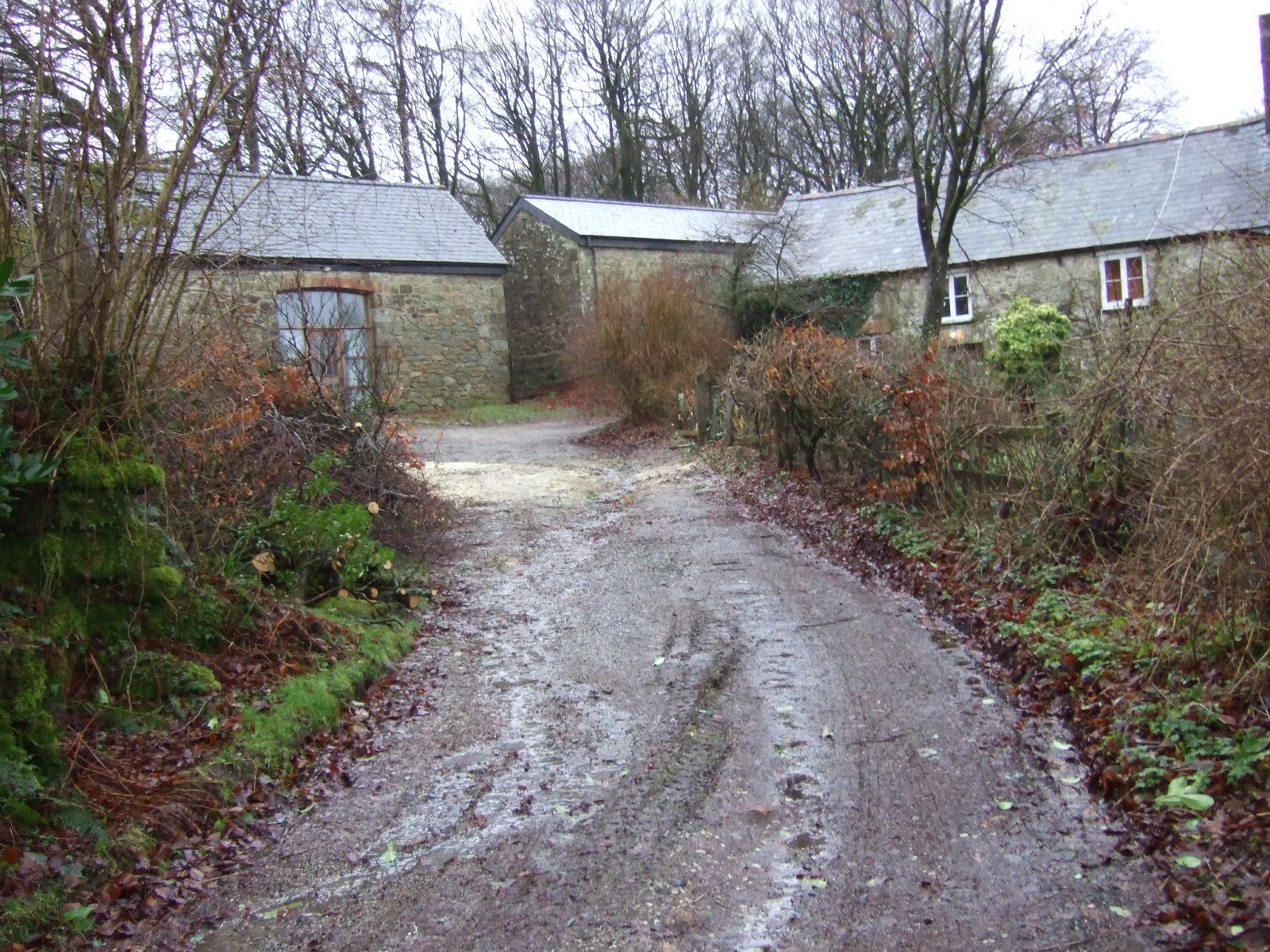 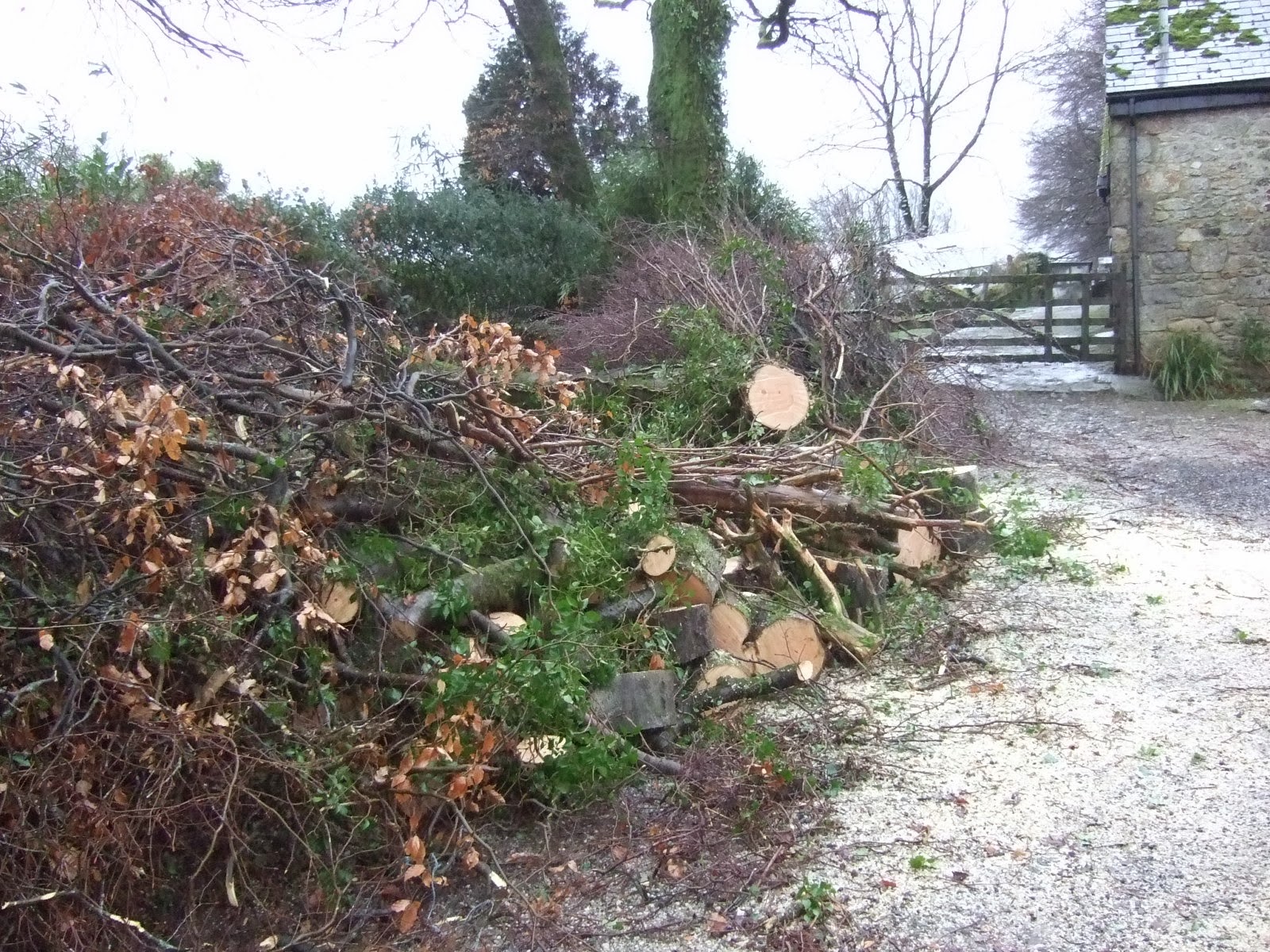 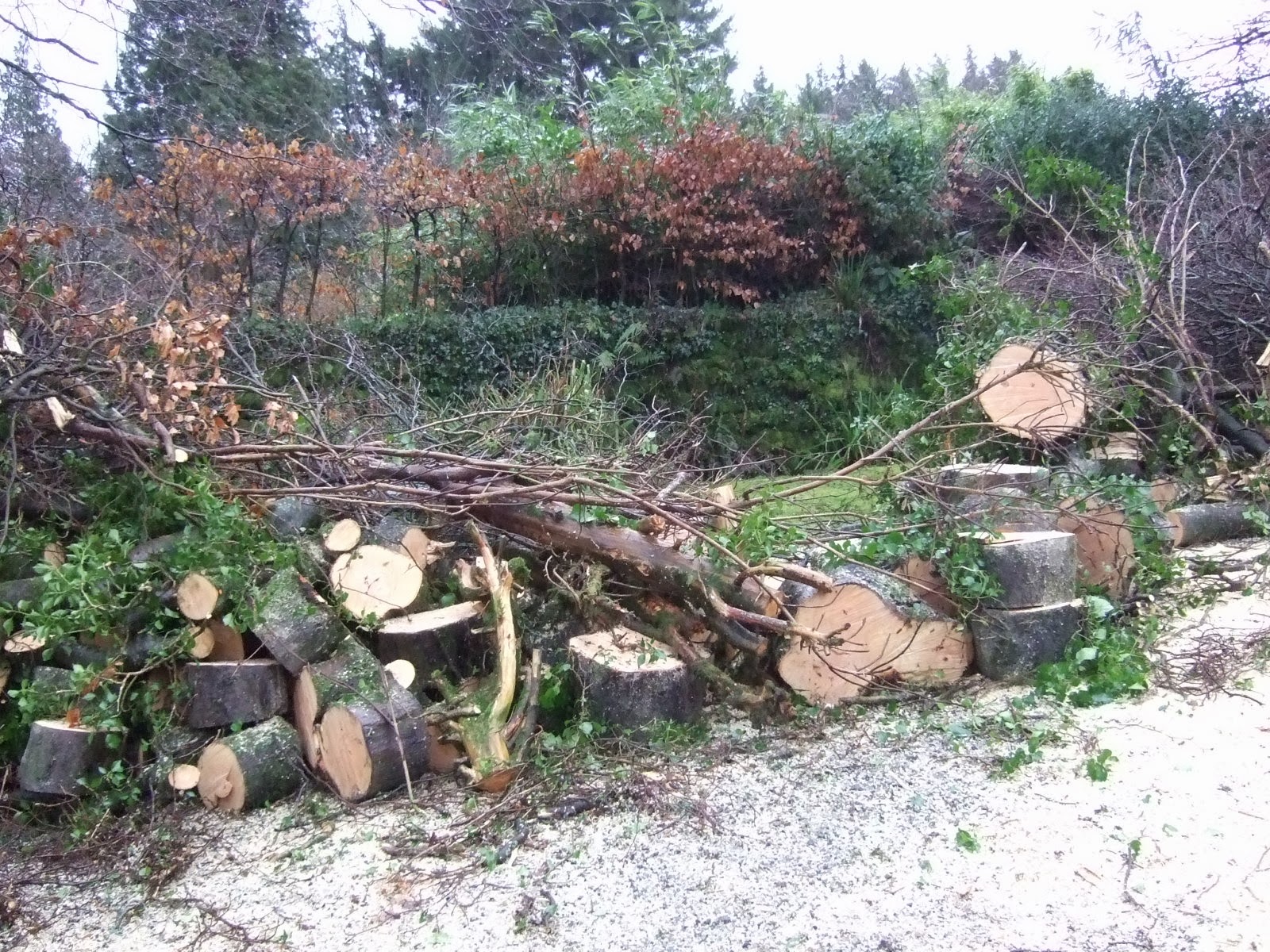 More firewood I suppose, but not good for the poor neighbours who own it; their greenhouse was completely decimated too. This Robin was looking on with interest: 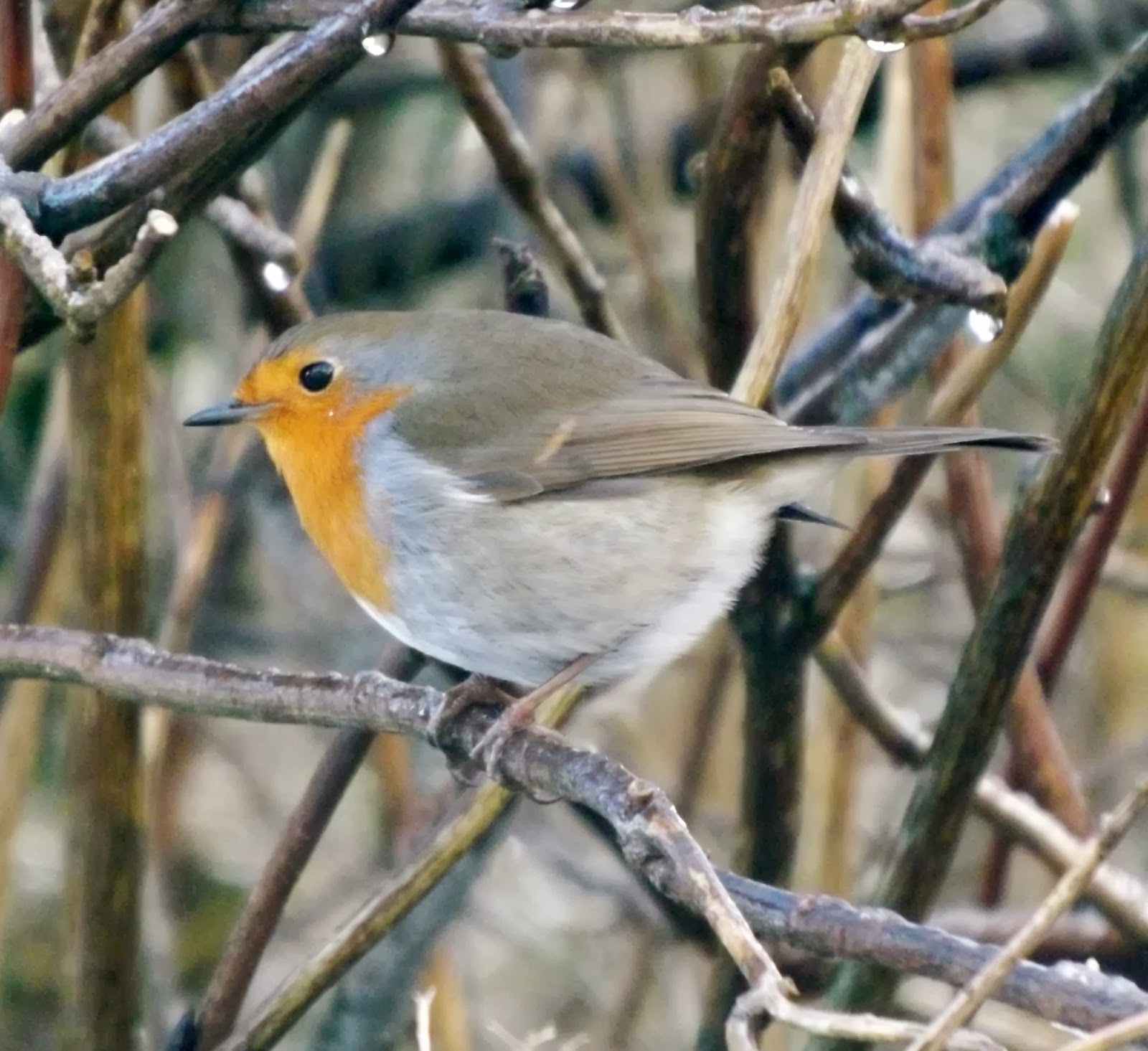 For the last few days, we've had yet another damp issue, which reached crisis point last night, as water started pooling on one of the Kitchen window sills and soaking the window reveals. M had deconstructed the panel we'd put on the outside over the weekend, finding no damp and last night, the boxing in around the lavatory, which is above the offending window was hacked off to see if there was anything going on there. there wasn't. So, last night, as we wondered whether we would have to sleep in the kitchen between mopping up sessions, we decided to brave the torrential rain armed with torches. We realised that our neighbour's gutter was blocked and was overflowing so furiously that the water was flying up and under our soffit board, into the wall cavity and running down past the bathroom and pooling on top of the kitchen window. So, at 10.00pm when I would normally be off to bed, we were standing outside in waterproofs, M up the ladder, me footing it. At one point, I was hit by a deluge of water, as M released the blockage. All I can say is that at least it washed off the filthy clods of beech leaf sludge that had hit me a few minutes earlier. Not a good night. At no point did we notice the massive tree that had fallen fifteen yards behind us either.

Well before I expected, the 100th follower has been reached. I'm so excited and thanks so much everyone who does follow. So, as promised, I really should do something to mark the occasion, and will do a draw from anyone who comments on this post. whoever wins, I'll send two packs of five note cards: this pony from last year and the snow sheep from the Christmas card collection. 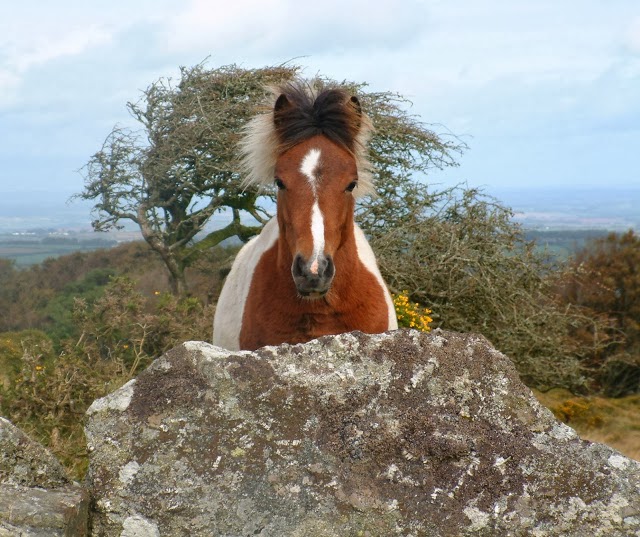 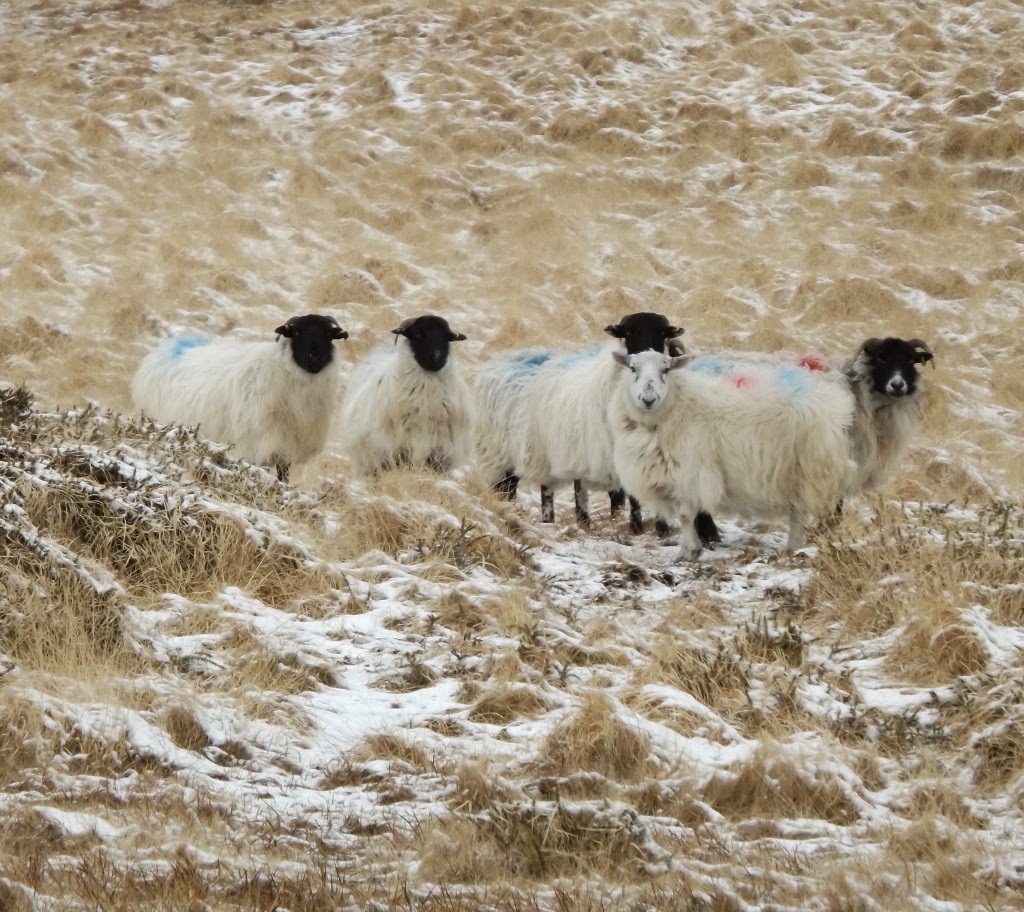 So, until next time, when I'm hoping the weather MIGHT have improved a bit, here's Jack doing some litter collecting out on the moor, coneless and happy about it. 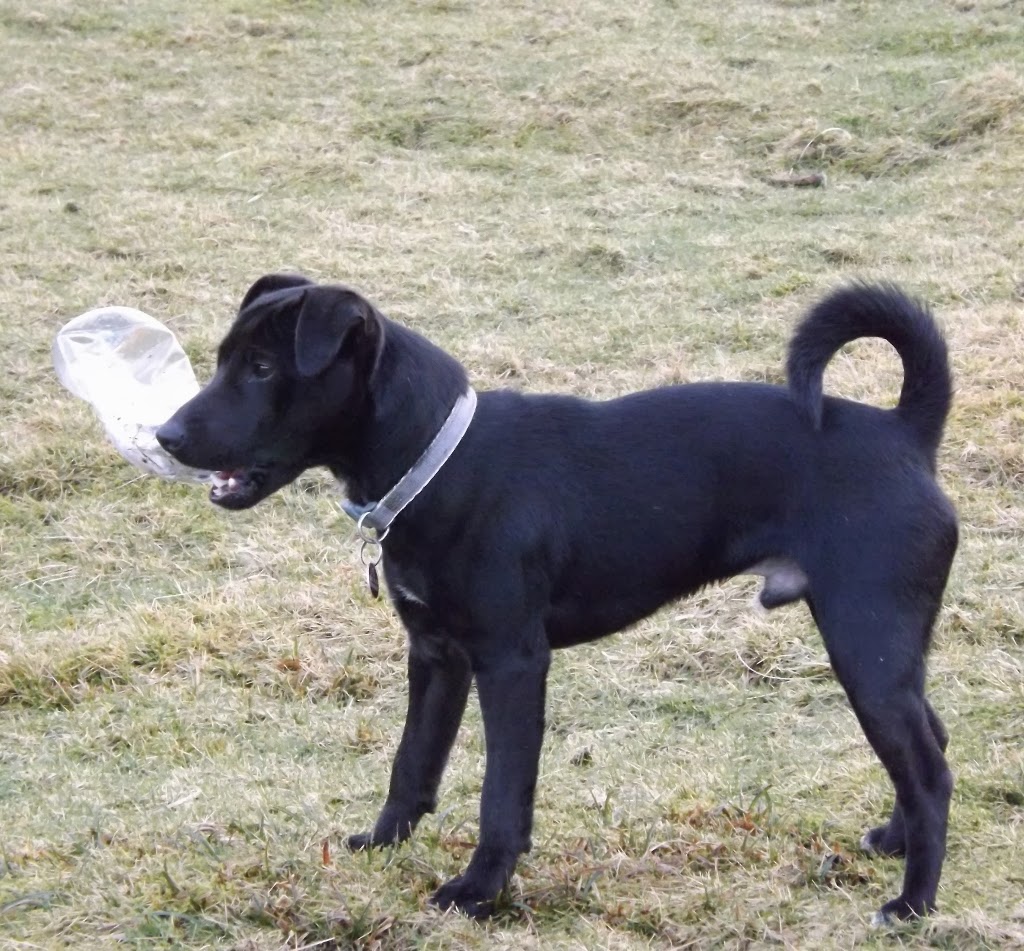