PENS FOR CHRISTMAS SO A DRAWING OF SNIPPET 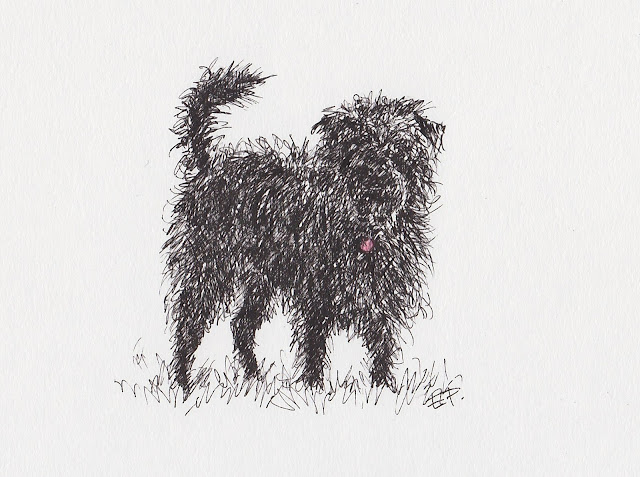 I had asked for Rotring pens for Christmas and they were duly given. I used to draw with them all the time when I was younger and then as an architecture student in very much pre-CAD days, they were part of my essential tools. At one point as a pretentious teenager, I used one as my writing pen. Up till now I have found Snippet virtually impossible to get right with a pencil but today I feel I've cracked him. I can't be precious with a pen and I have to be confident with the line. I might put him on Etsy and see how he goes....you never know! The original is going up in the kitchen I think. I'll definitely be doing more; I've missed it. Much quicker than pencil too!

On Christmas day, I struggled out in the rain with Snip and found every available pony out there in frisky mood. I managed a few pictures: 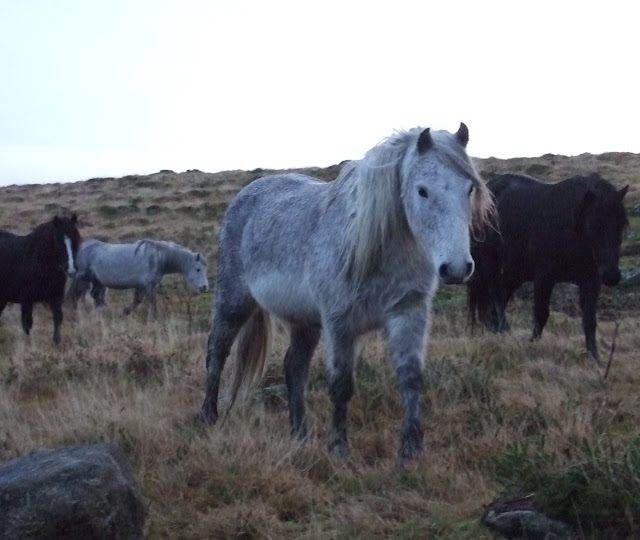 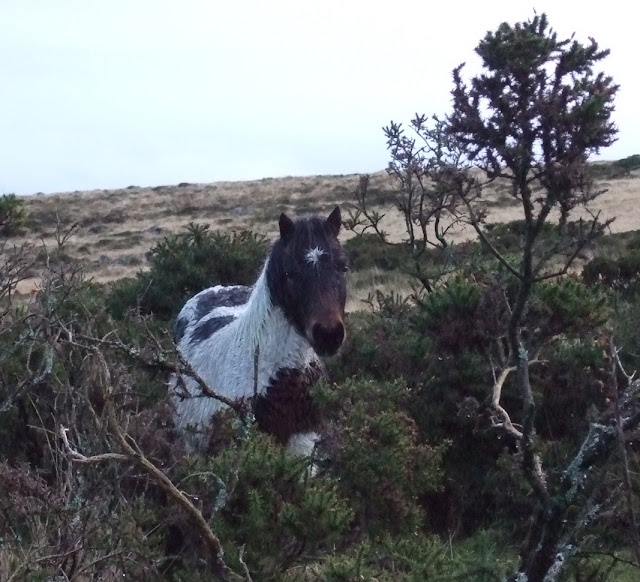 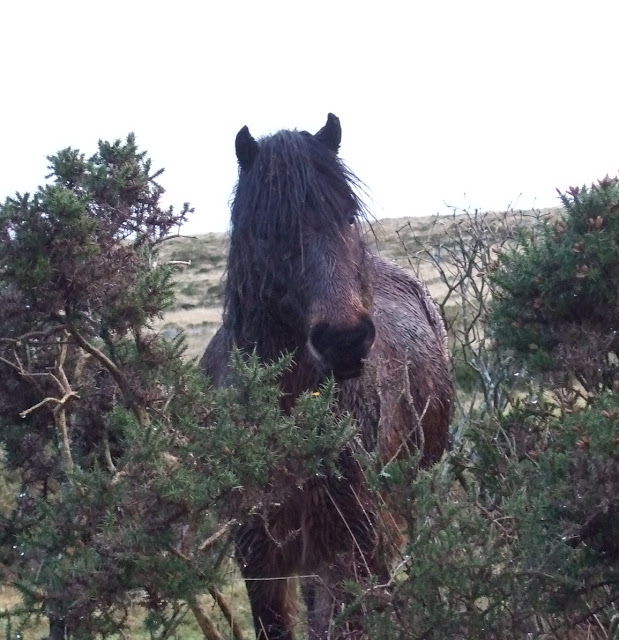 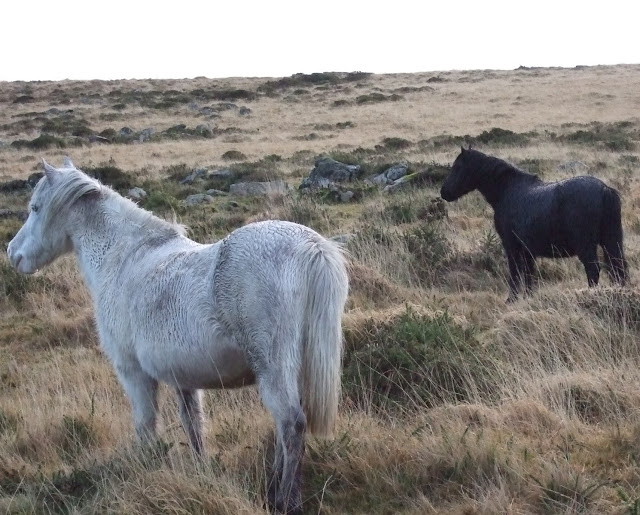 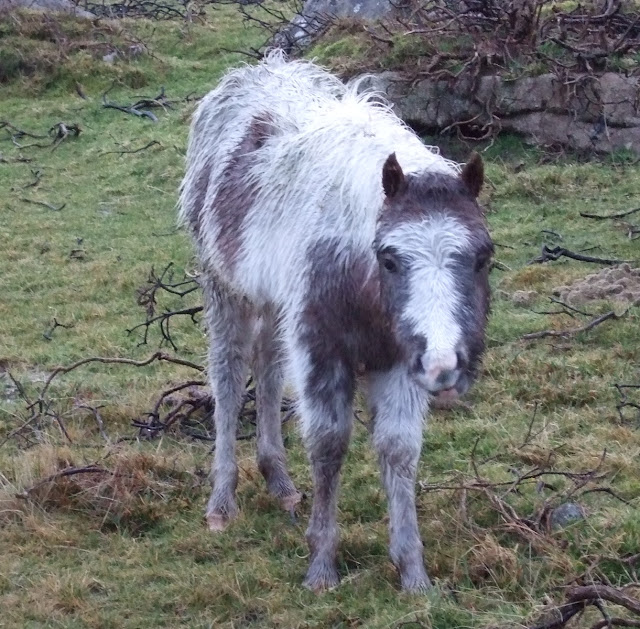 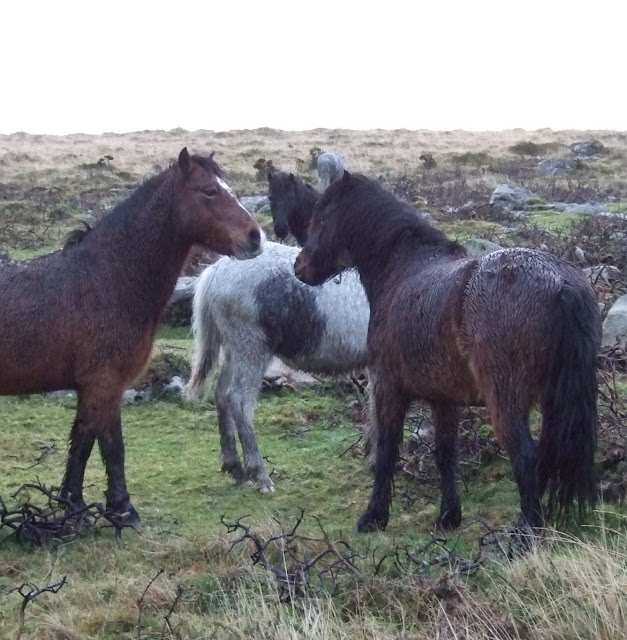 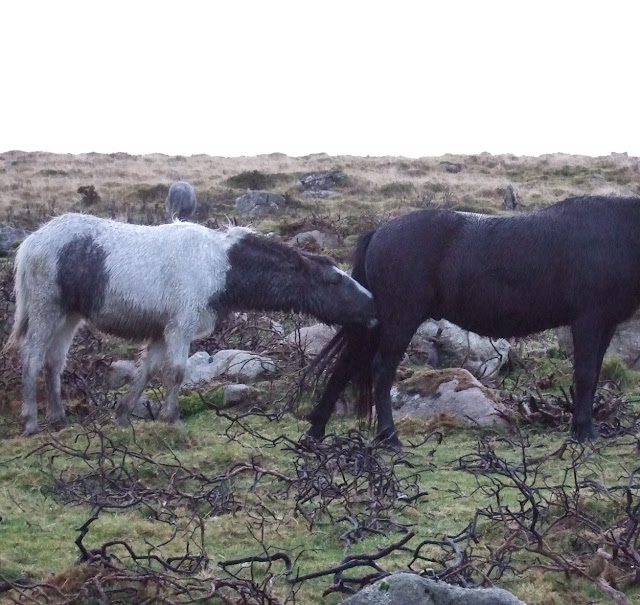 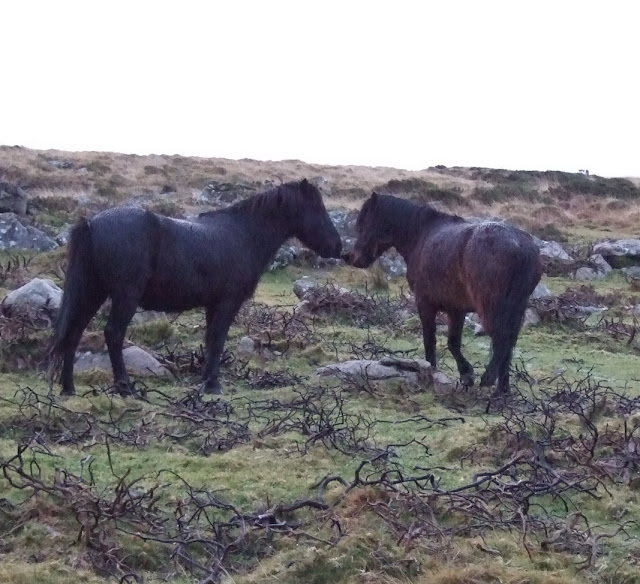 Christmas was lovely. Origami boy had a great time, despite it just being the three of us. He's getting a bit bored now and I need to get organised in the friend visiting department before he goes stir crazy. It's been raining all day and we have eaten nothing but leftover chicken (we all hate turkey), stuffing and chocolate. I did make a lovely clementine cake on Christmas Eve but it's all gone now so we'll all be suffering from scurvy by tomorrow. Sprouts for breakfast I think. So, until next time, a rare clear sky this morning. It didn't last. 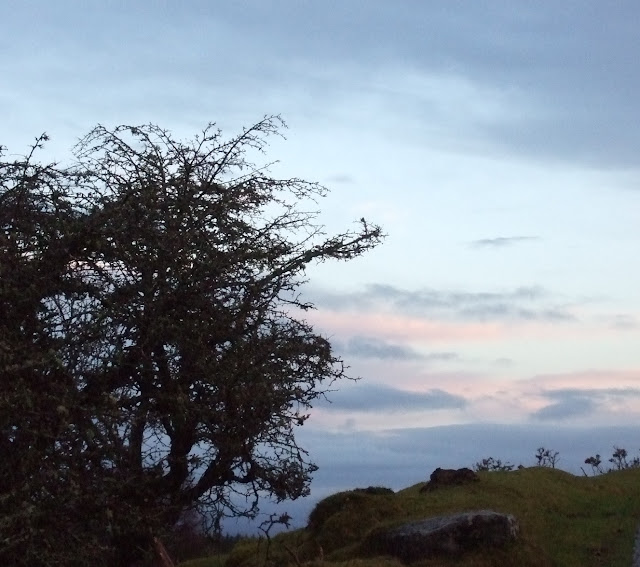