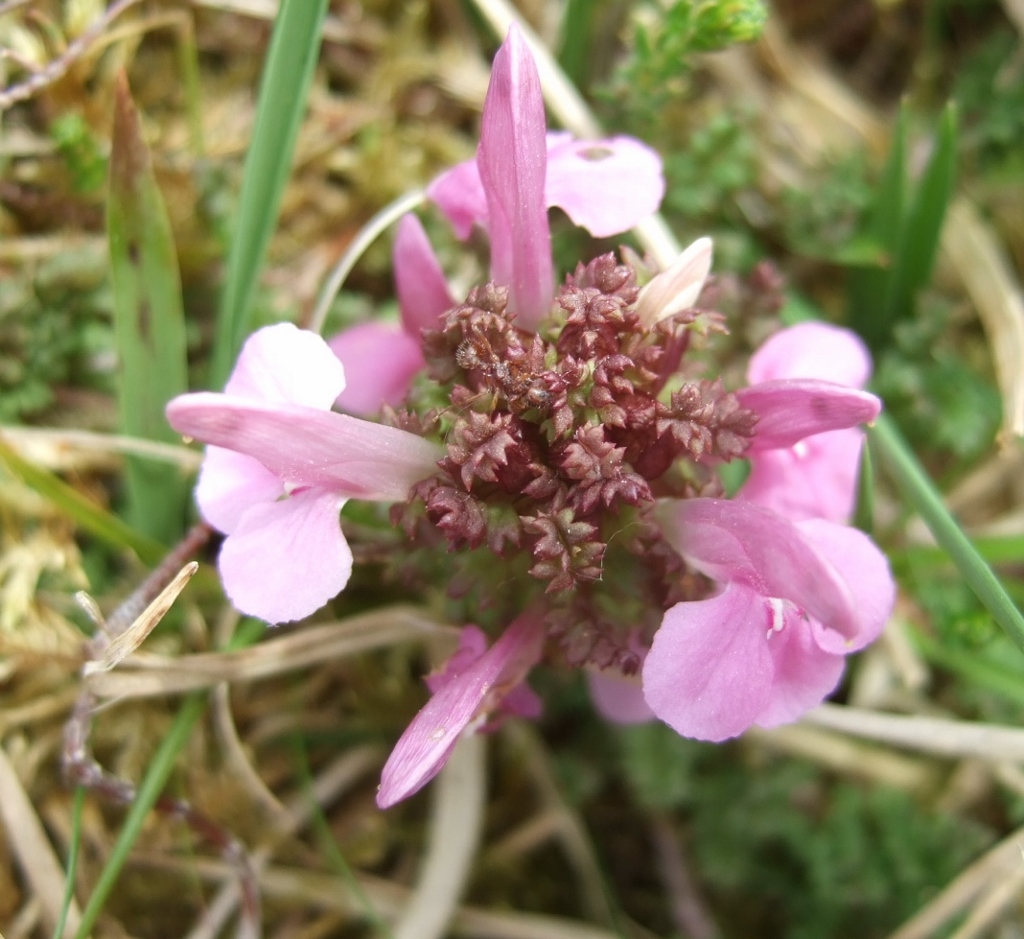 First sighting of Lousewort (above) this year. It stands out in the sea of what is still very brown grass. I love it. This starts another bits and pieces post; random pictures from the last week, starting with another view of the wonderful, tiny Milkwort that nestles, often hidden, in the grass. No sign of the white or pink versions yet but I like the blue best: 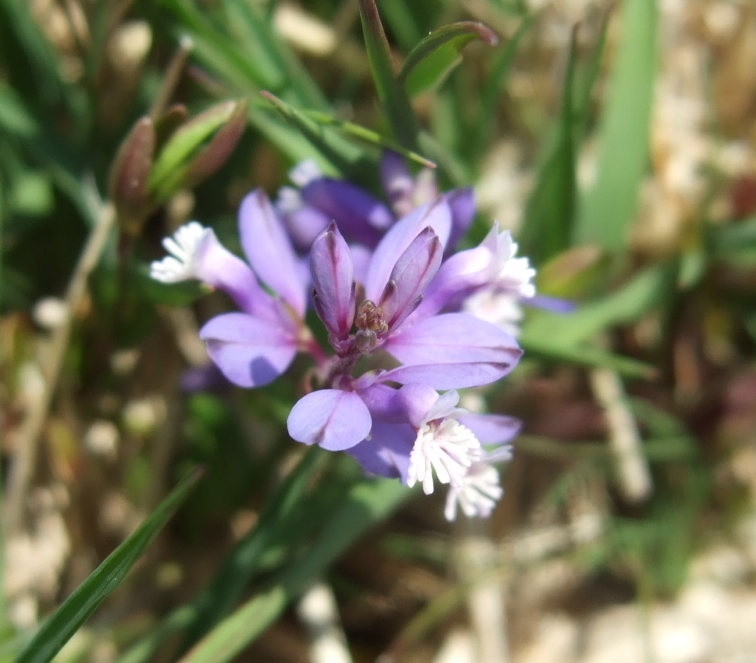 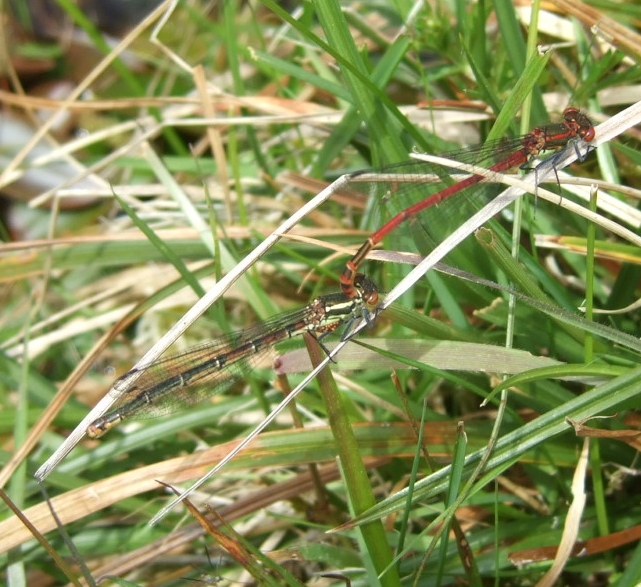 This little bluebell heaven is on the way up the drive to our tiny hamlet: 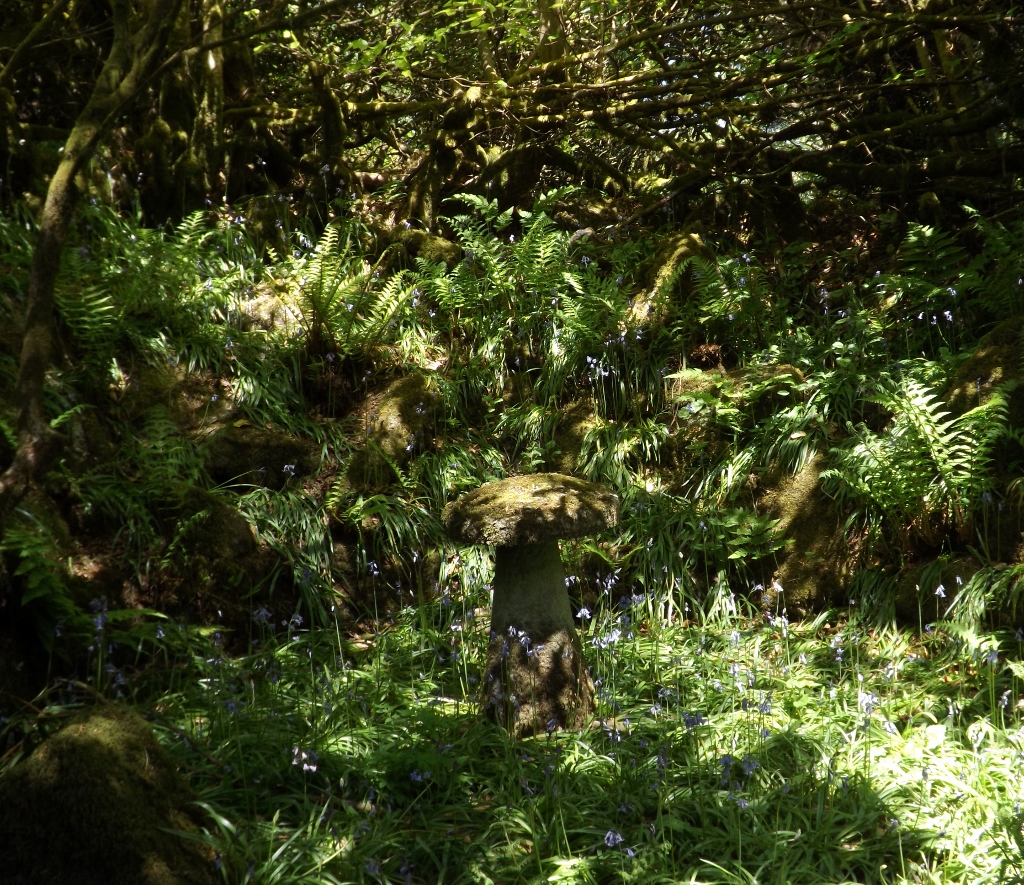 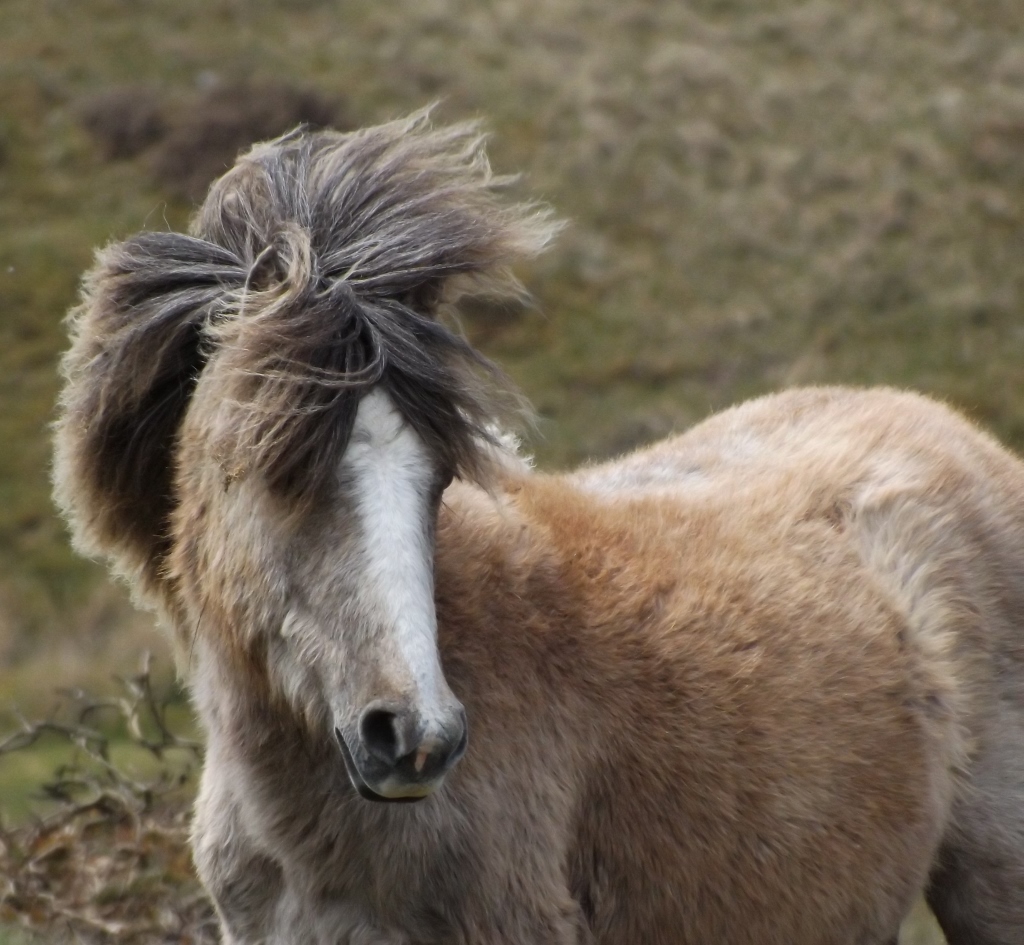 Yesterday we met some friends down at the river. The weather was beautiful and Origami Boy and his friends swam happily for ages. Snippet met his friend Bracken and two new lady Border Collies, one of whom he really bonded with: 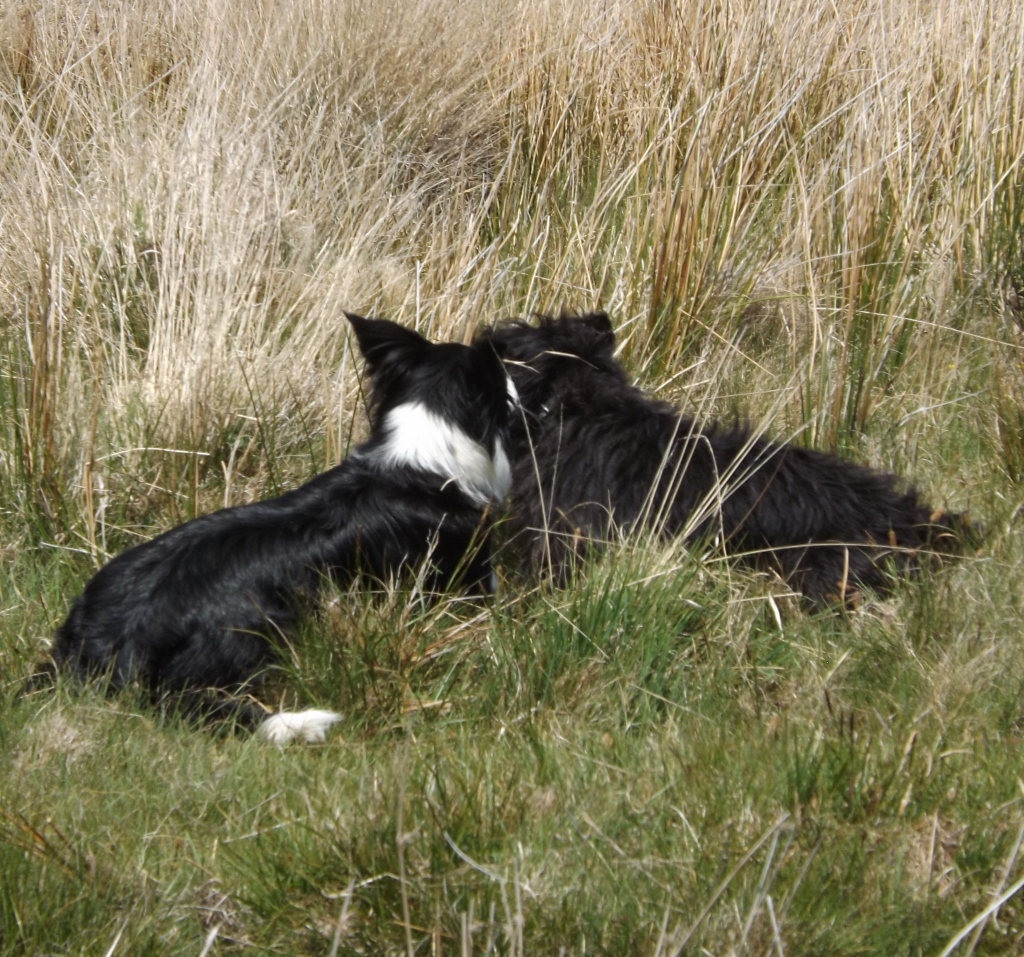 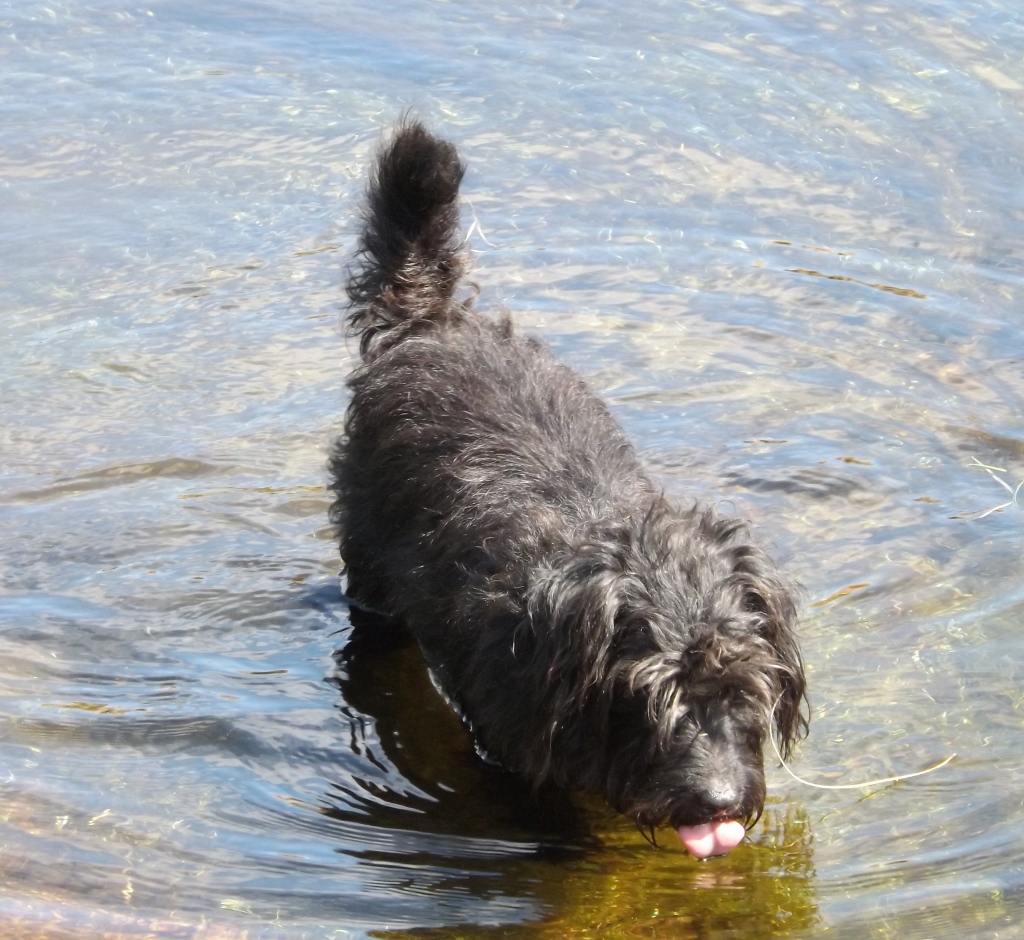 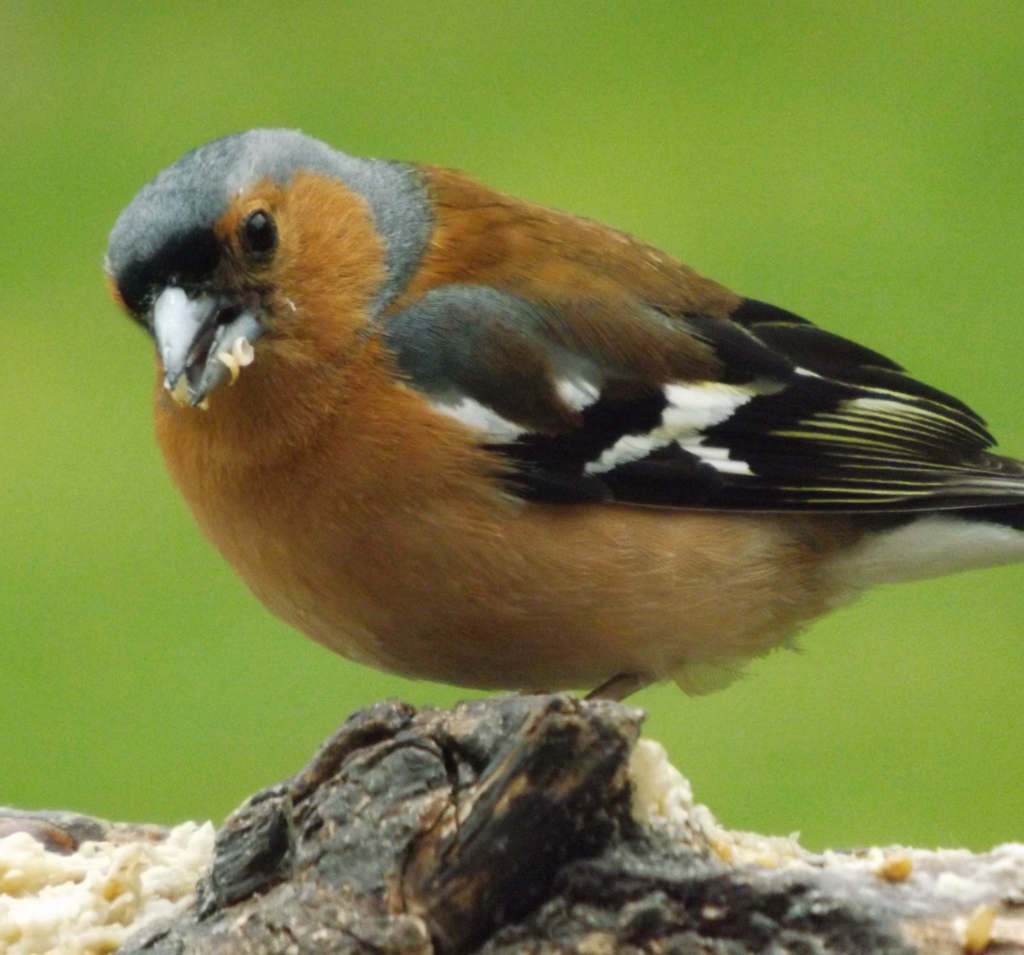 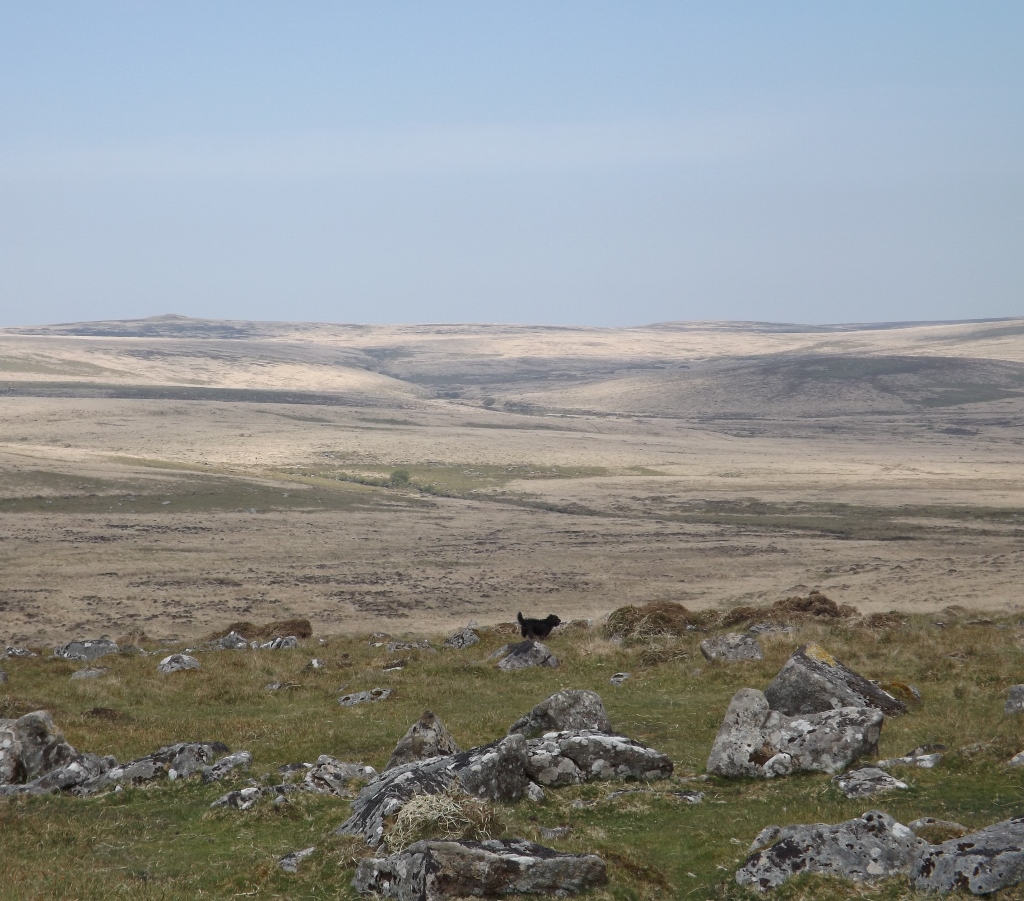 Another new black foal with a particularly beautiful mother: 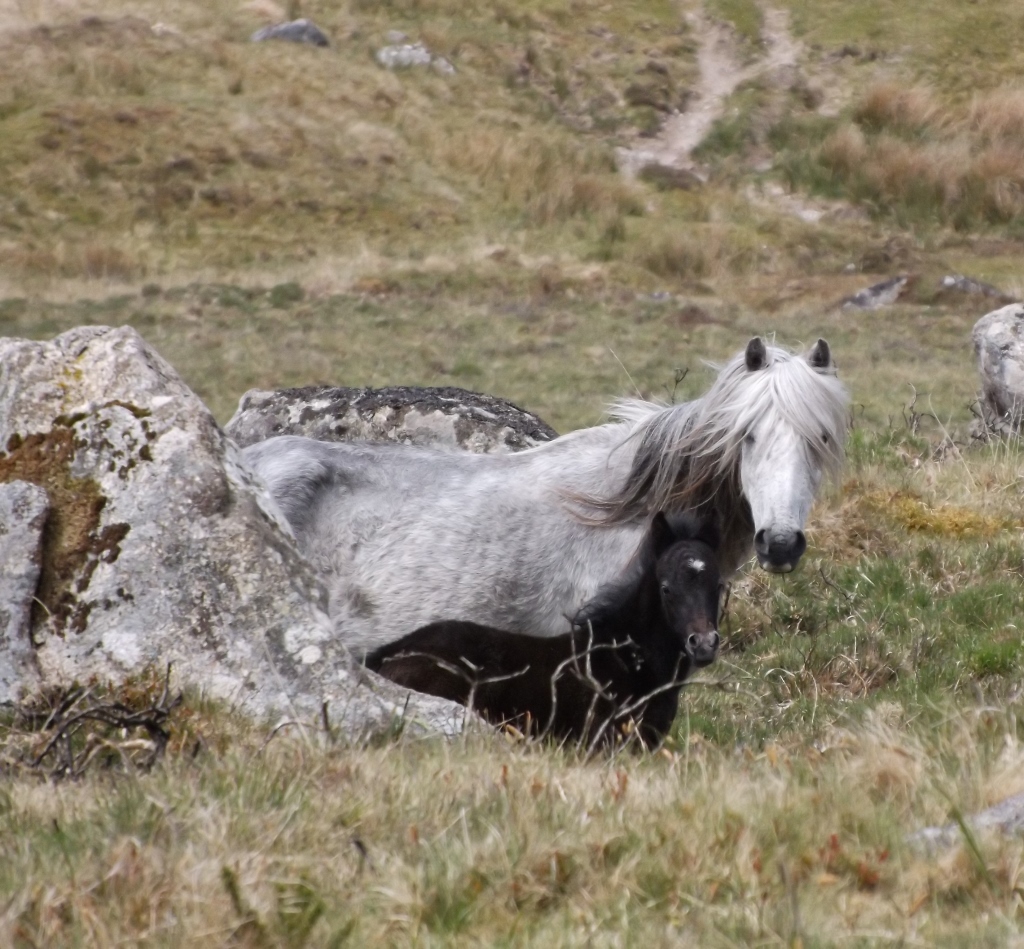 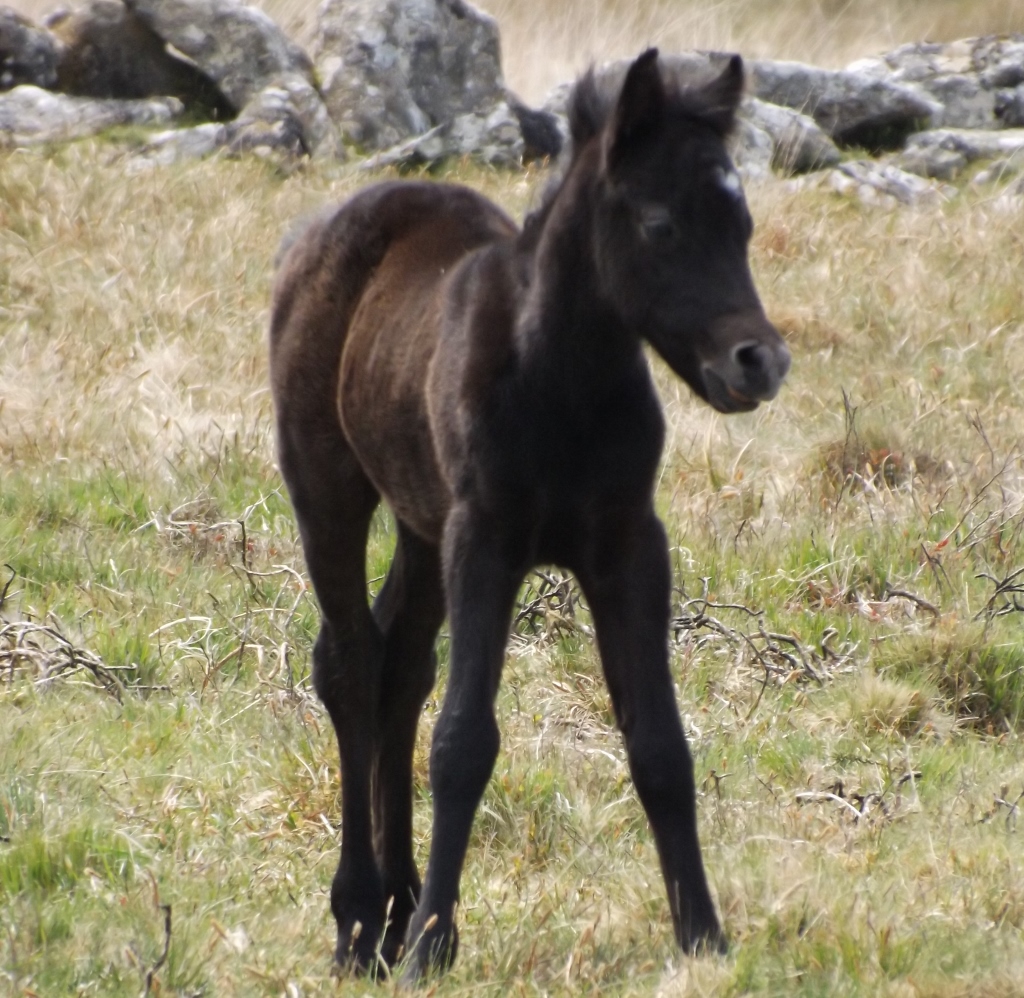 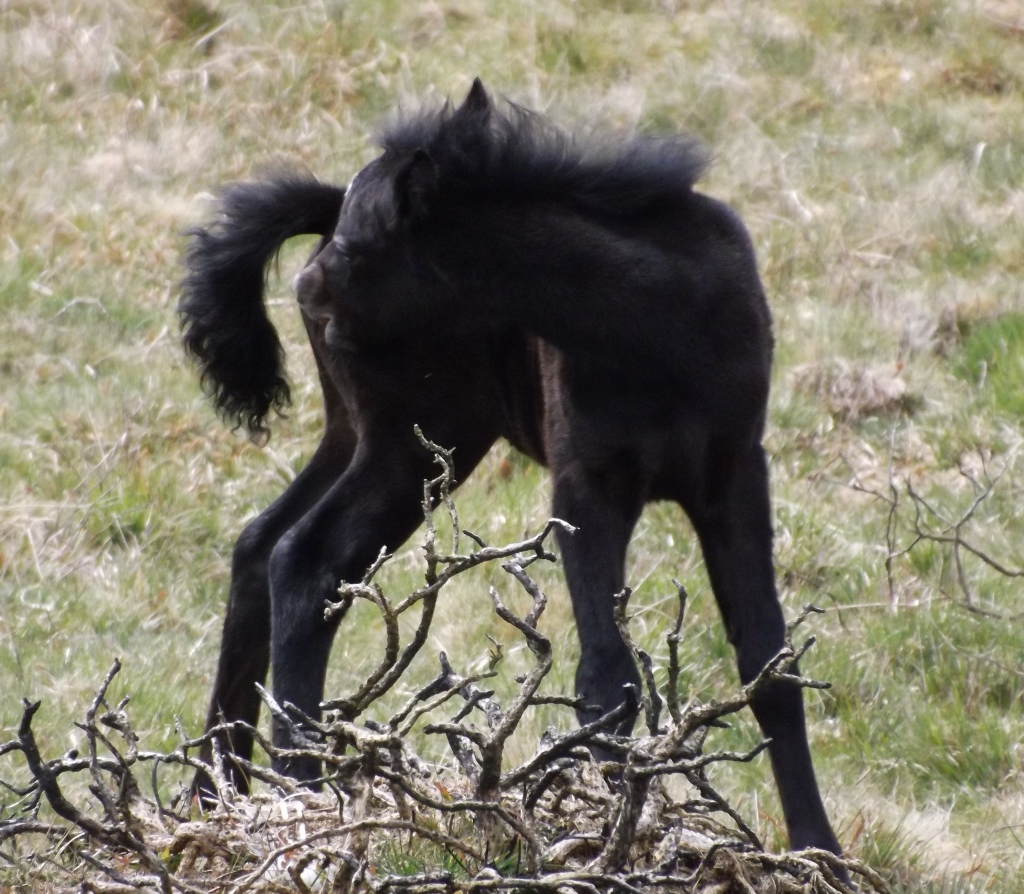 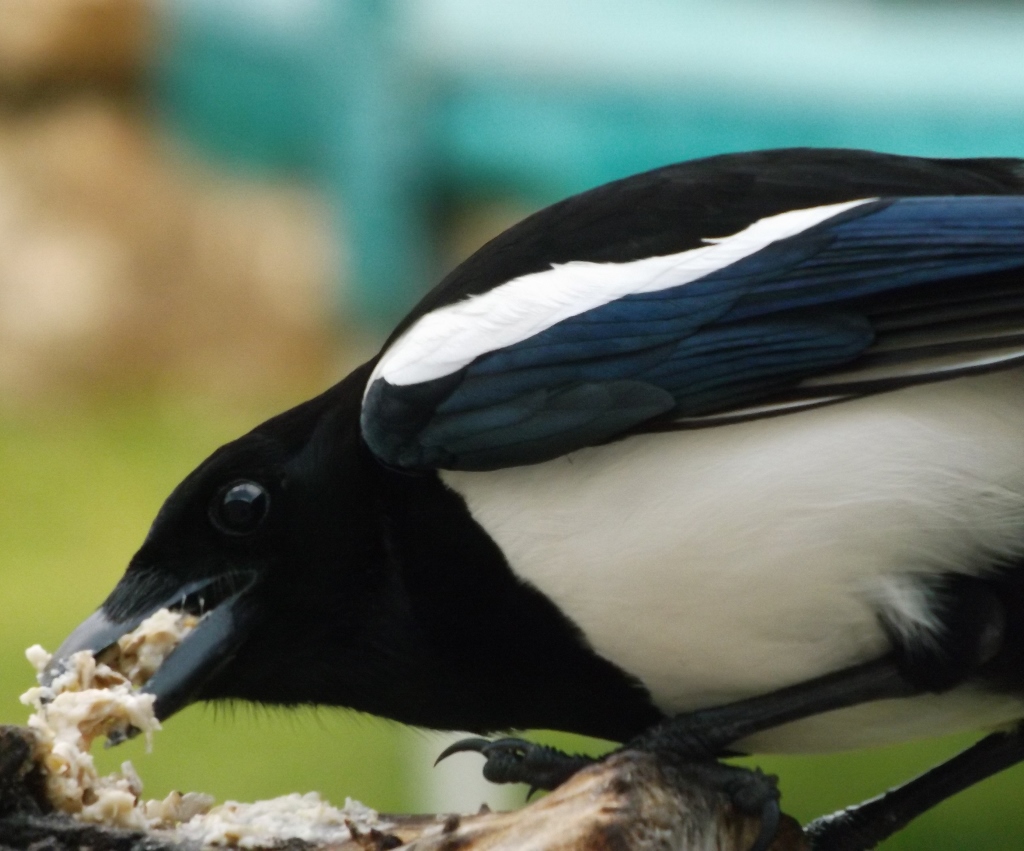 Middle Tor looking like a sea monster....I think so anyway! 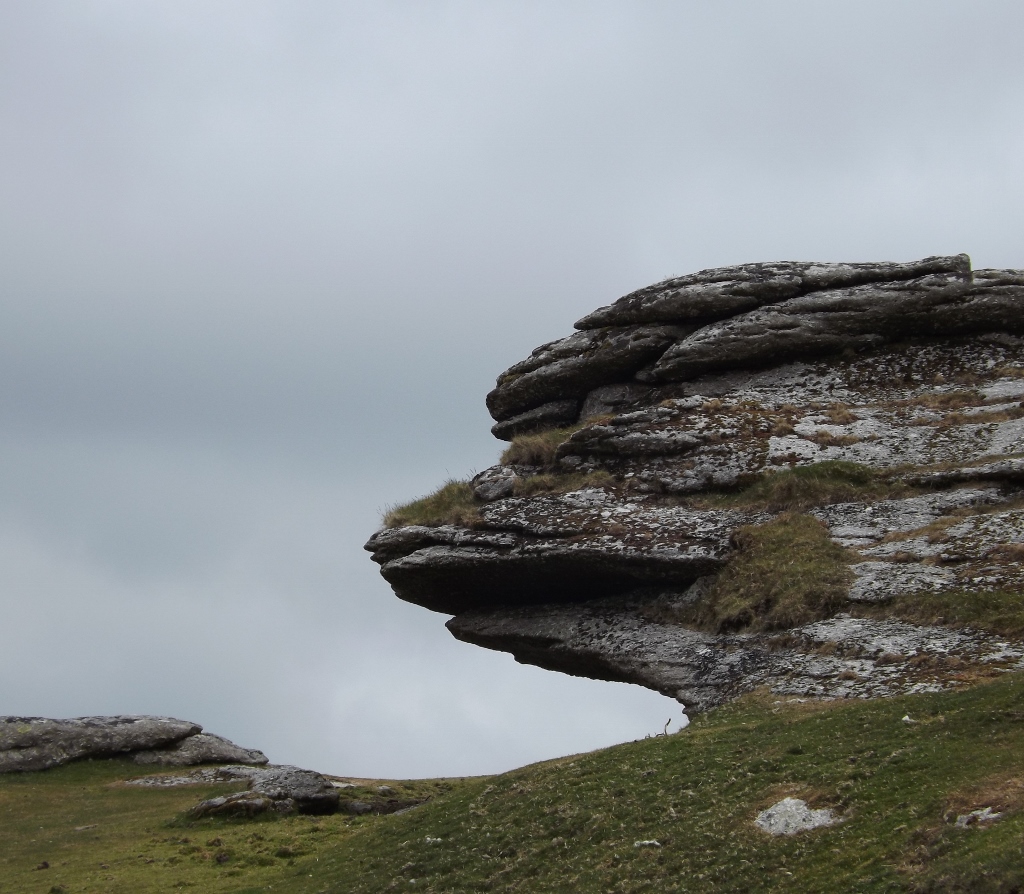 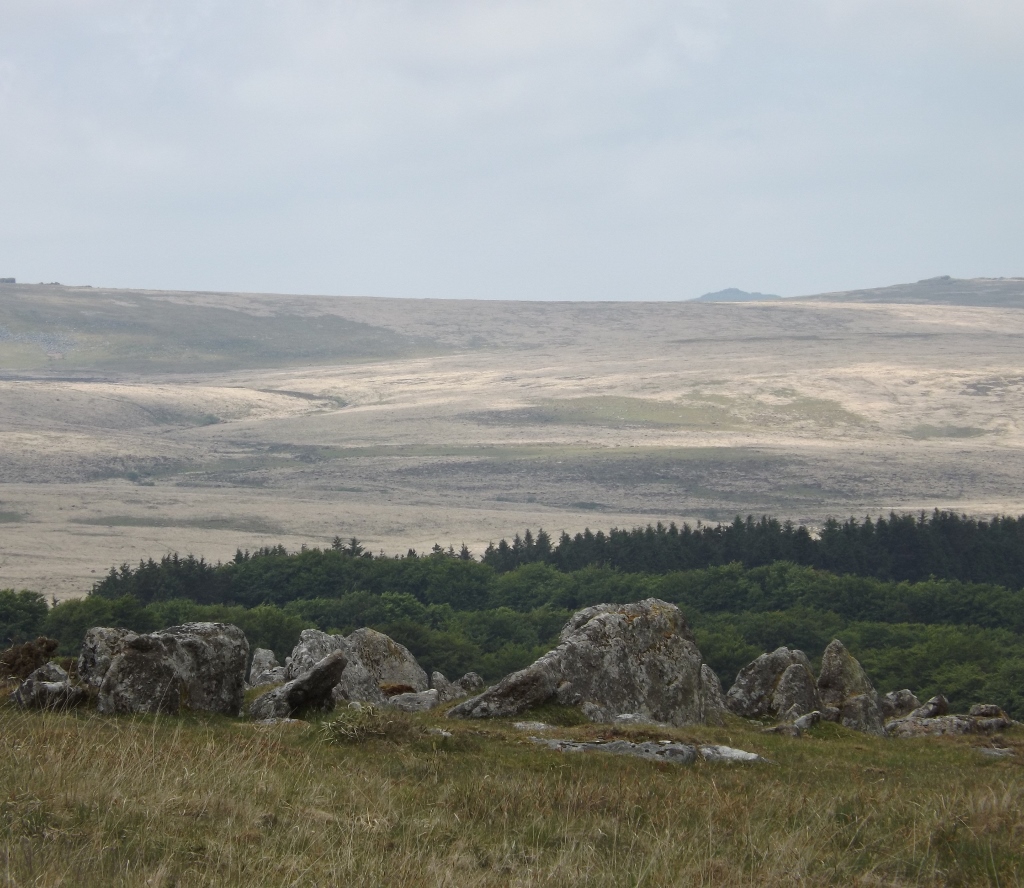 This Broad Bodied Chaser female was crashing about with its beautiful blue mate and then laying eggs in the water of our closest marshy puddle. I saw tadpoles and a newt in there yesterday too. Sorry it's slightly blurry but she was in flight at the time. 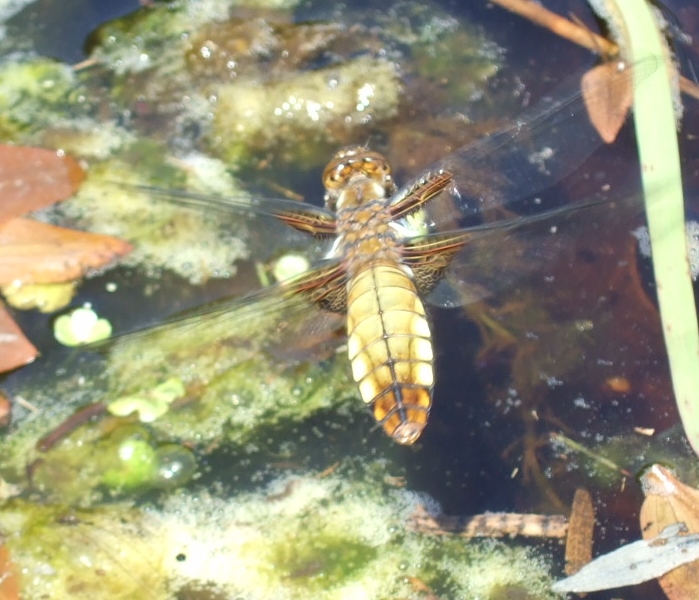 Today, as I prepared supper, I spotted another little Bank Vole in the same place as the other. Slightly smaller and darker, I think it may be a female whilst the other was male. I'm making this up as I really have no idea - I'm just very glad to have them and to be able to observe their behaviour. 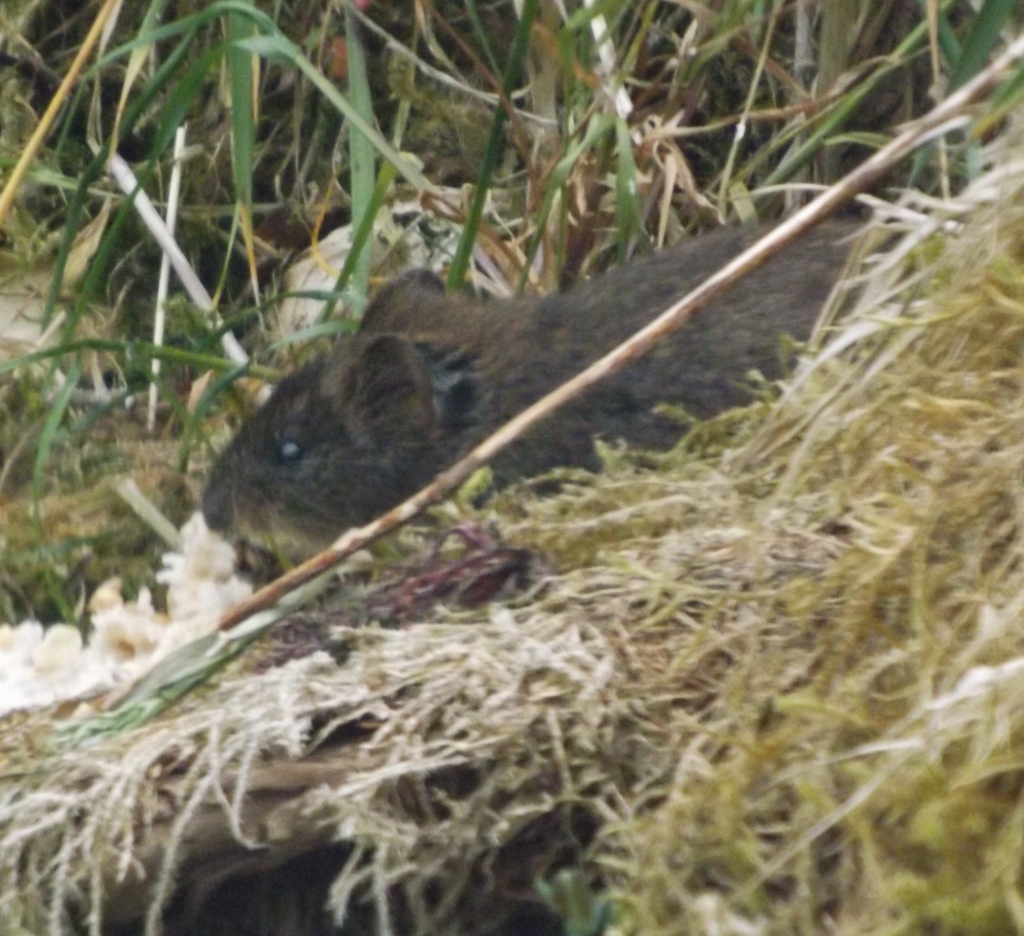 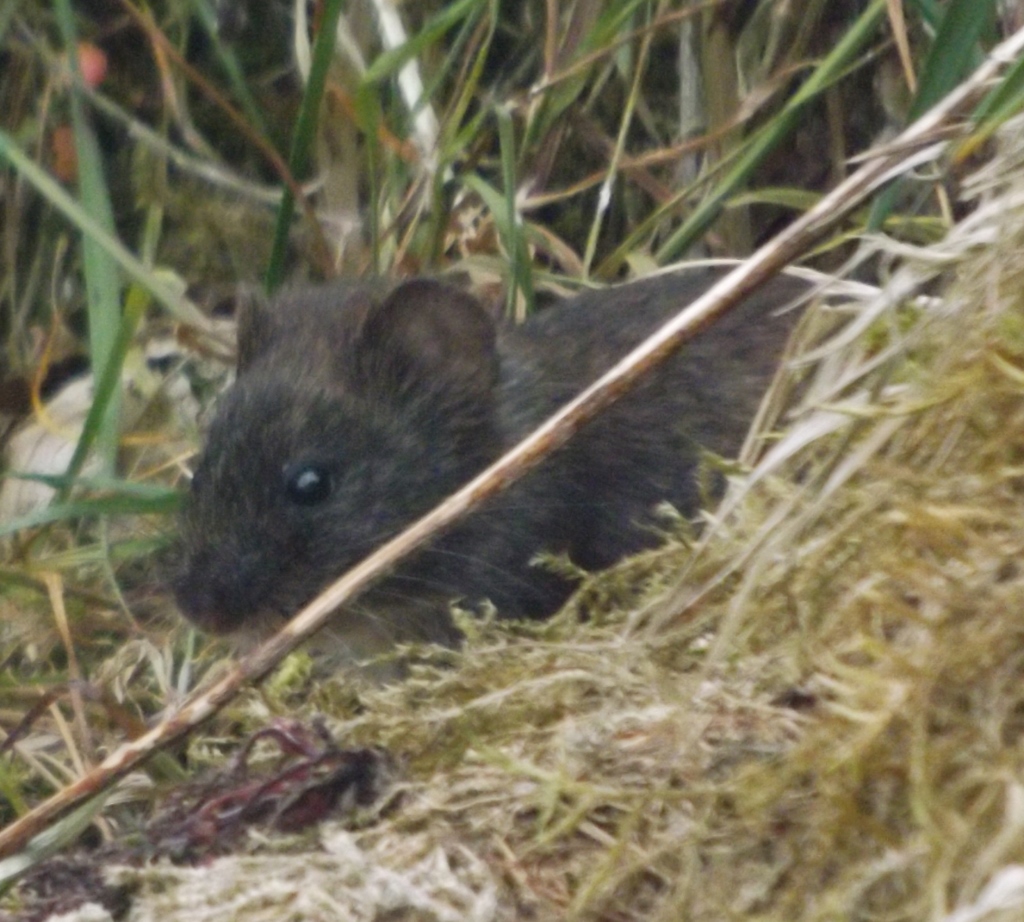 The House Martins are still building but I really can't see how they're going to finish in time the rate they're going, only putting in an hour or so a day. Comparing my first picture of 'mud on wall' with the one I took yesterday, there is definitely progress, but not much! Until next time, here's Ernest Snippleton (as Origami Boy called him during South Pole studies last year) in his new collar and tag, having lost the other one somewhere in a gorse bush. I should have got a red tag again....this silver one looks VERY boring. 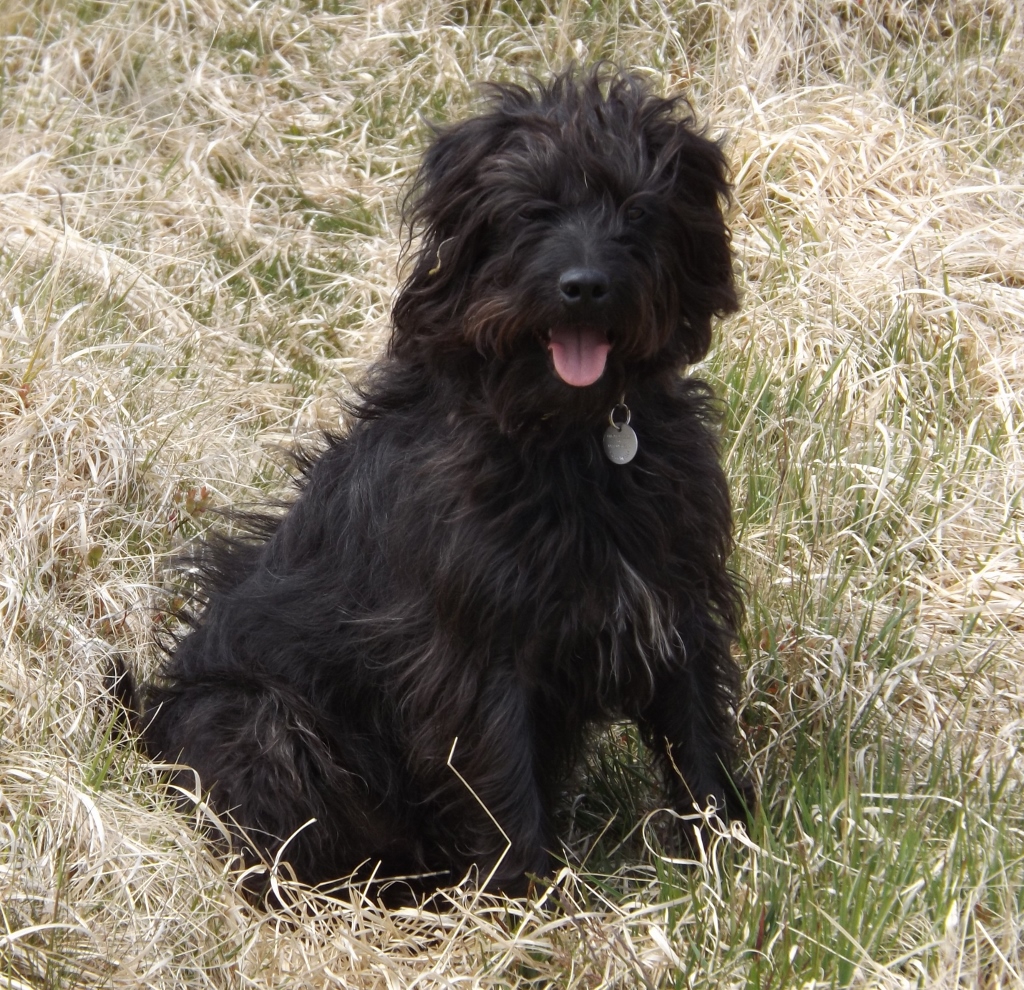