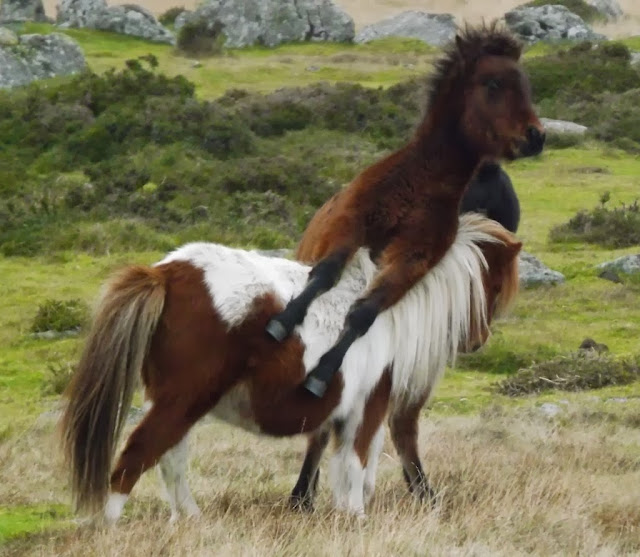 Today, has been frantic what with Christmas cards arriving and needing to be written and lots of other STUFF, but I managed to get out for our walk after lunch. I witnessed some fantastic behaviour from one of this year's foals and last year's foal number three, whose size is laughable given his age. The six month old is taller than him by at least a hand. They were playing like Jack and Snippet minus the growling and snarling. I know Foal 3 (skewbald) is male but I couldn't be sure of the sex of the bay. Better not to guess given my previous embarrassing errors. Here they are: 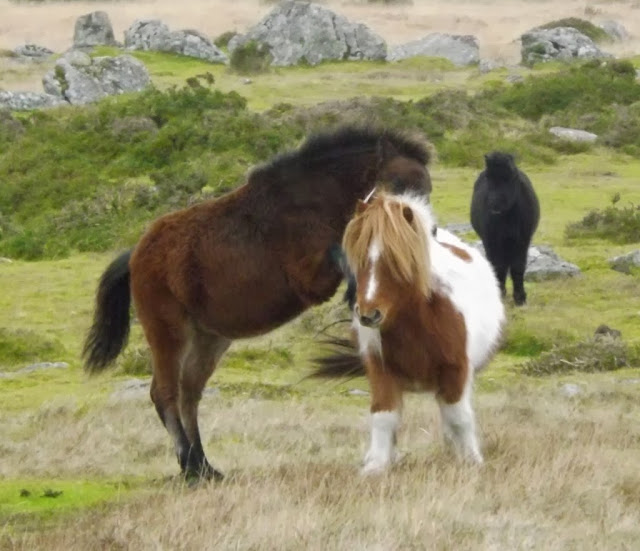 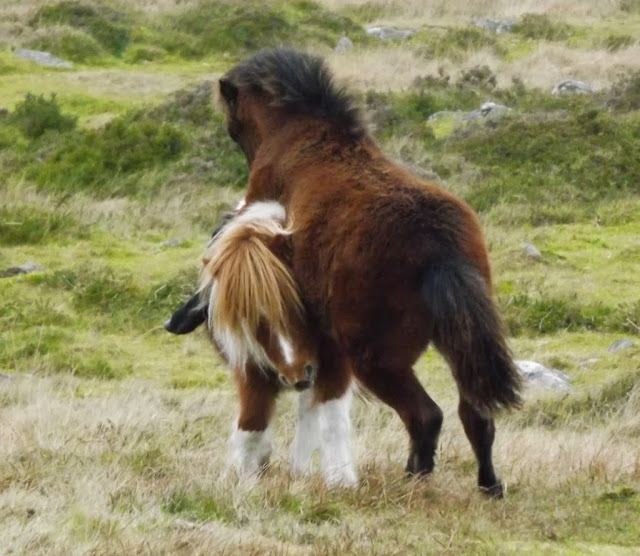 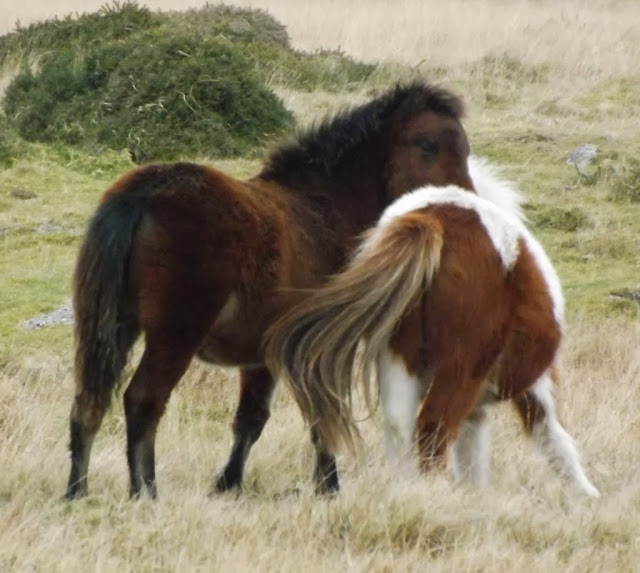 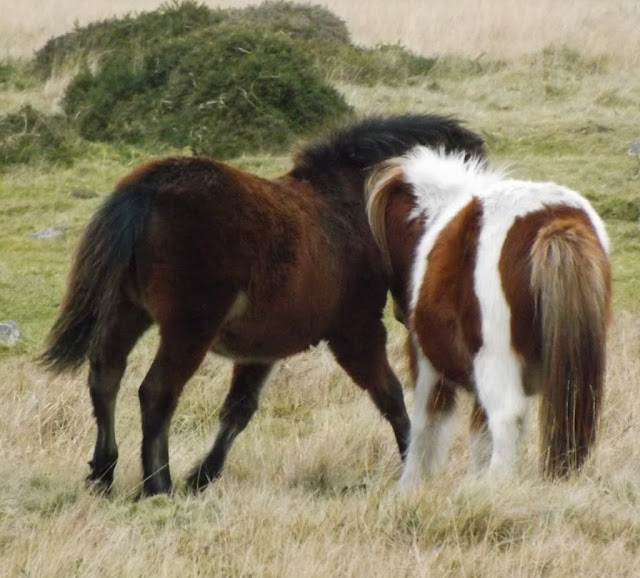 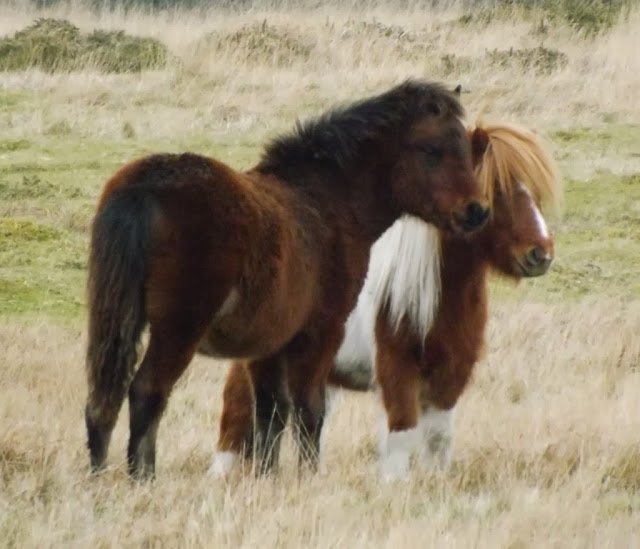 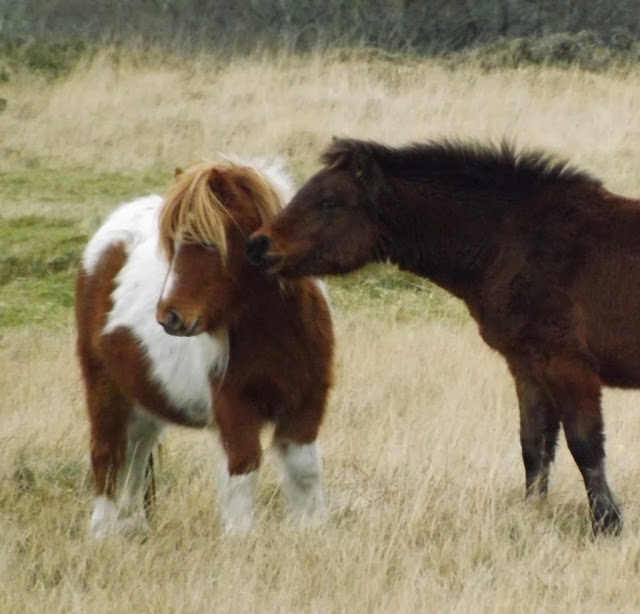 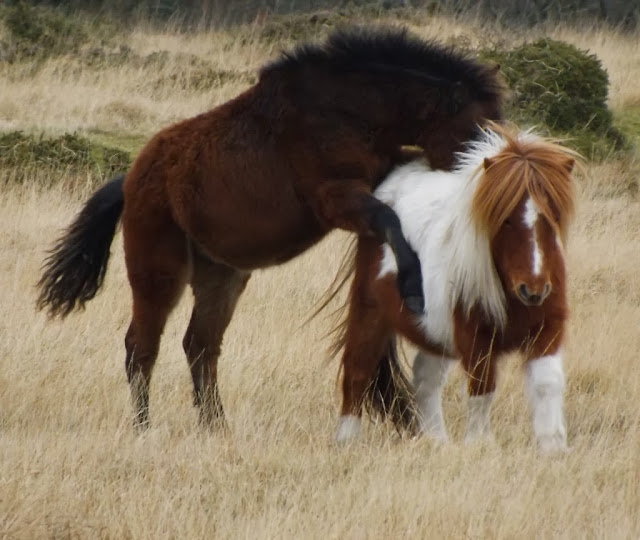 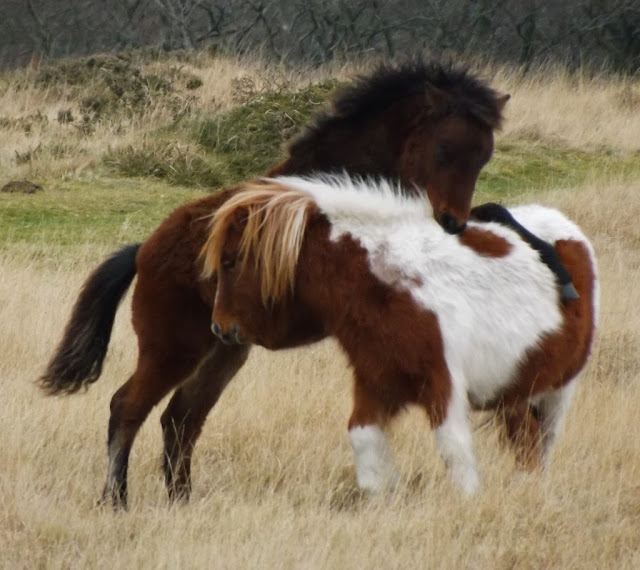 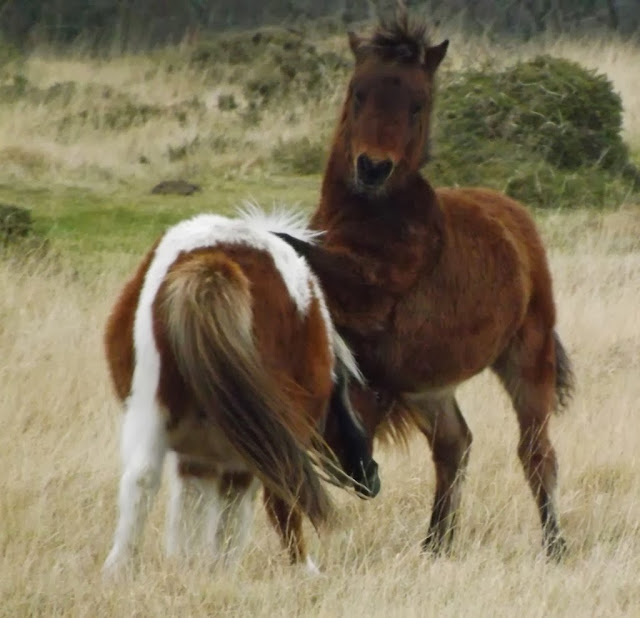 In the end they gave up and the bay galloped off with a doppelganger friend..... 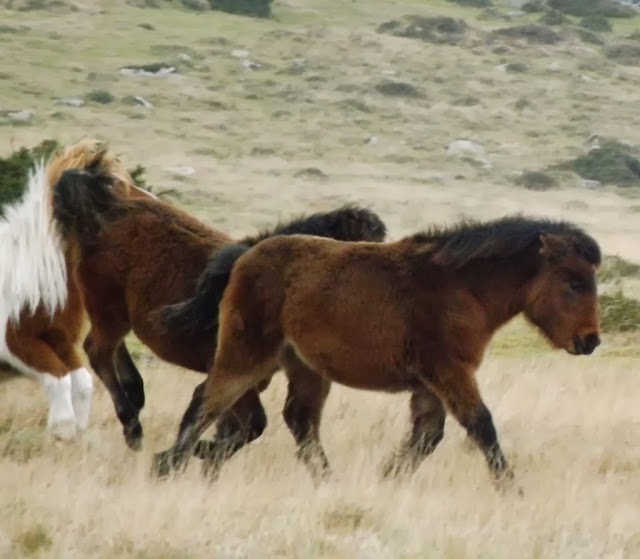 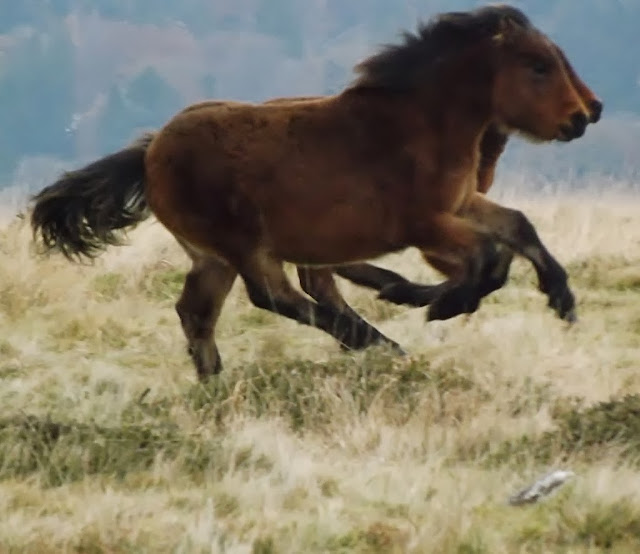 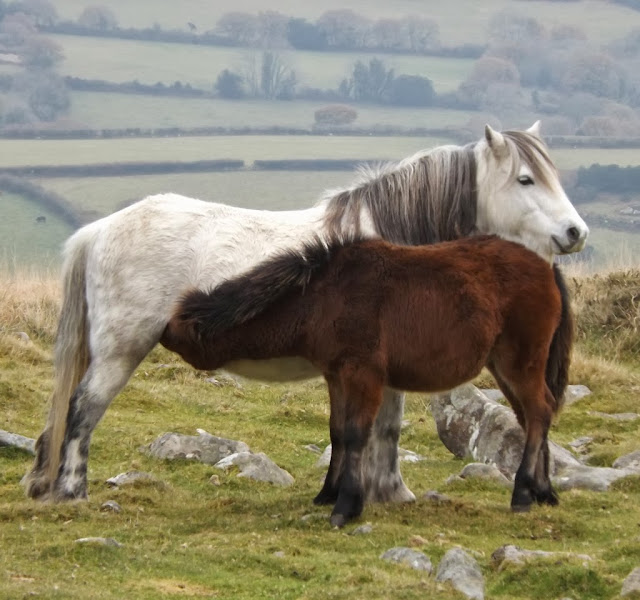 The dogs weren't behaving much better: 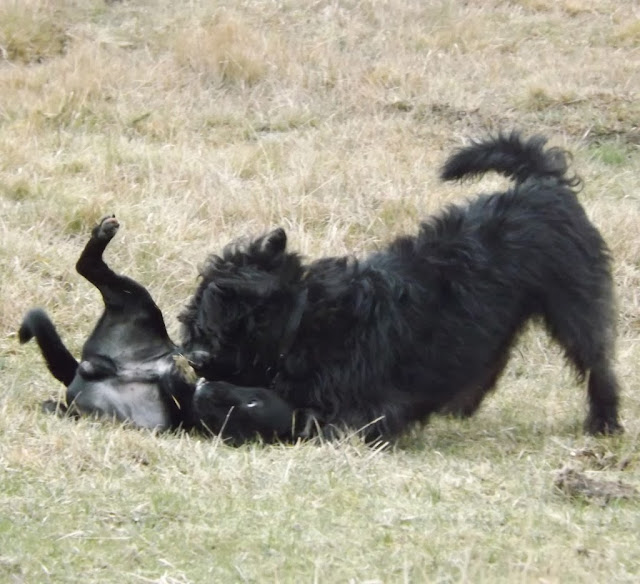 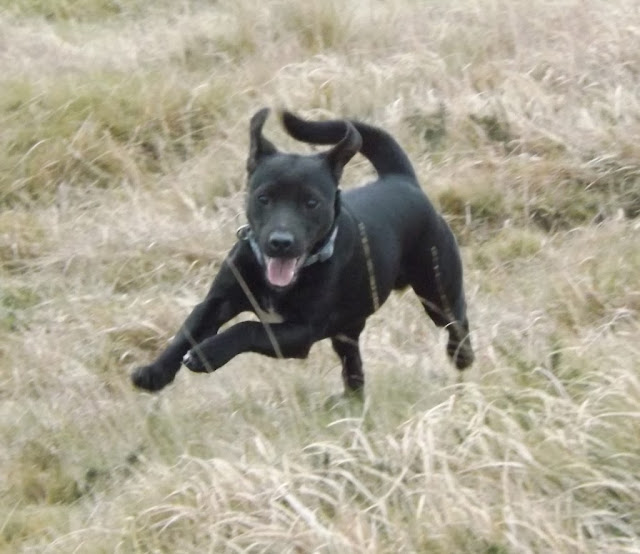 I took some nice shots in the sun over the weekend but I'll put those in next time. The new car is brilliant; solid and flora-free. Funny diesel engine with only three cylinders. It sounds a bit like our Land Rover but is half the size. I feel safe in it and that's the most important thing. I'm rushing this post a bit as I know I won't be around tomorrow night.....it's OB's school disco. Nothing like that at primary school in my day! Trigger is coming home for the night for the first time which is taking some considerable organisation and scheduling. So, until next time, a VERY rare photo of me taken by partner who will henceforth be known as M as partner takes too long to write. I am picking up poo, which feels rather appropriate at the moment. 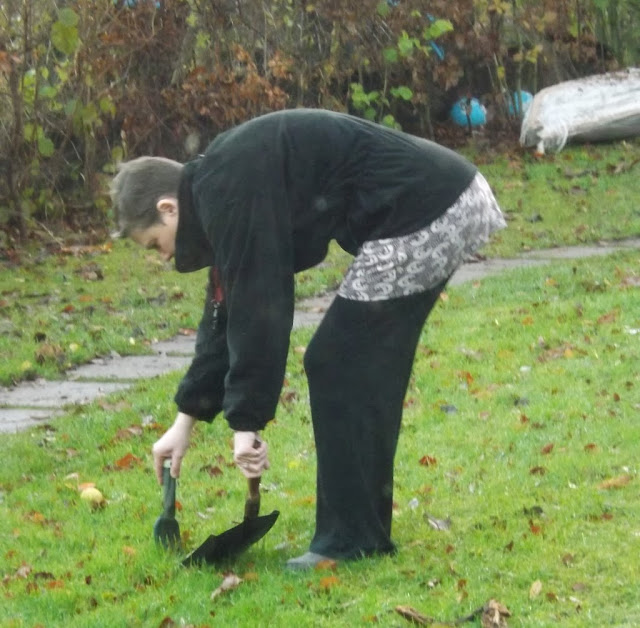