SOME NEW DRAWINGS AT LAST AND PONY MEETINGS 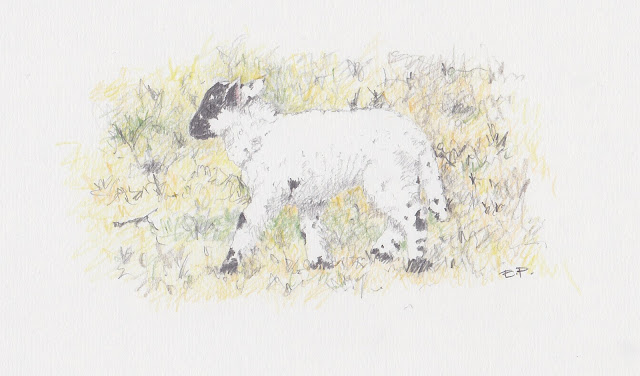 It's been months since I had the time to sit down and draw what with the dry rot and other diversions, but yesterday I set aside a couple of hours to work properly. I'm using the scans rather than photographs now, which is why they look a bit washed out compared with the others on the sidebar. It's so difficult to get a true representation although I don't think my laptop is helping matters. These are both of this year's lambs. I'm more pleased with the top one I think but I can change my opinion by the hour!

Yesterday, Trigger, Snippet and I had a couple of interesting encounters whilst out for a walk. We came down the drive and out of the gate to find the rival herd of ponies hanging around. We managed to get through them with little trouble thank goodness. I was trying to keep calm so as not to transfer it to Trigger and he was really good. A little coloured colt refused to move out of our way so in the end I just walked into him and he shuffled off. 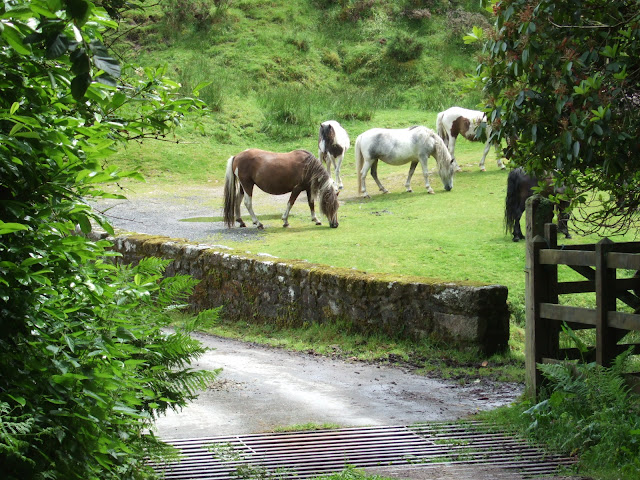 They then all decided to follow us up the road which was a bit of a worry but eventually they gave up. 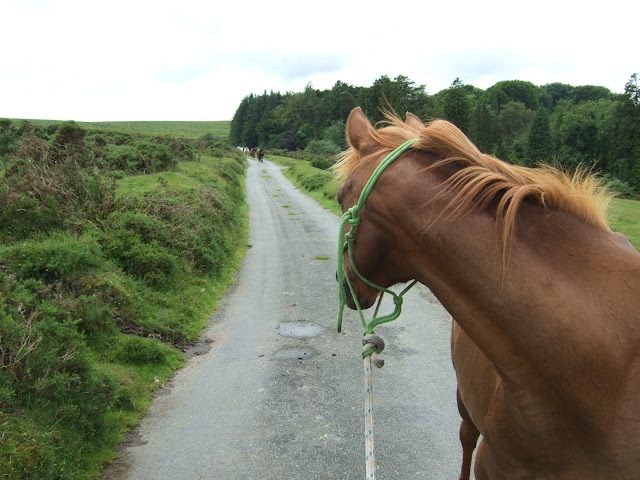 Ten minutes later we came across the main herd up at the rocks:

The grey gelding staring at us in this picture followed us for about 100 yards down the hill until I gave up and took the risk of letting them meet. Actually, it was the right thing to do. They just nuzzled a bit and the colt cantered back up the his herd having established Trigger was no threat. No pictures as I was a bit preoccupied!

DON'T FORGET TO COMMENT ON THE LAST POST TO BE ENTERED FOR THE SLEEPING FOALS PRINT DRAW!

Here are a picture of Trigger on the walk and some of Snippet as Kath asked to see more of him..... 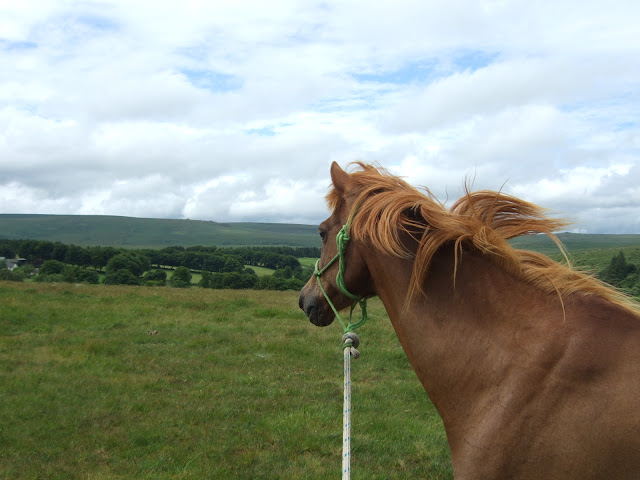 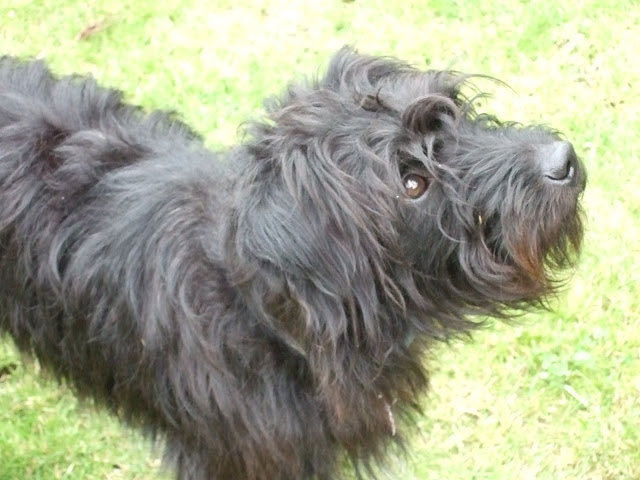 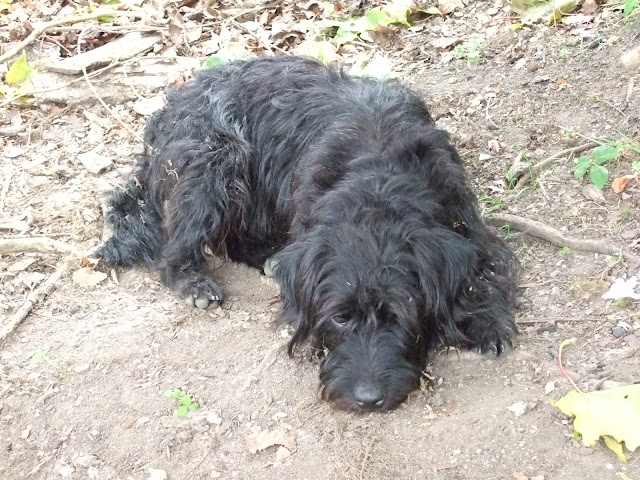 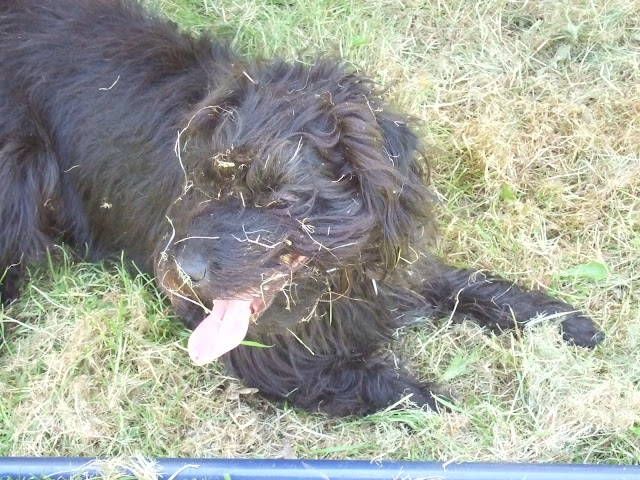 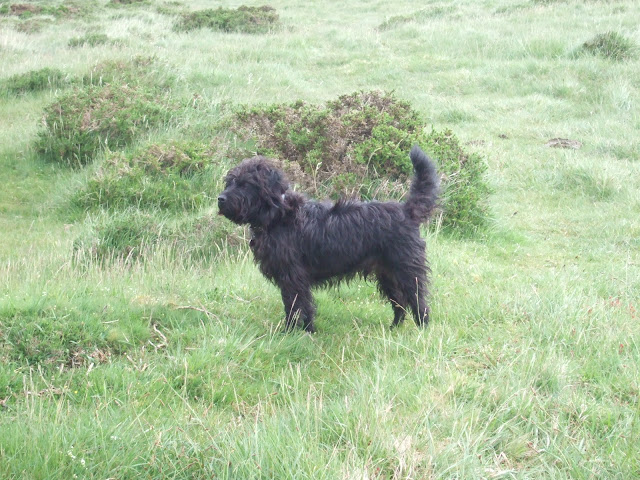