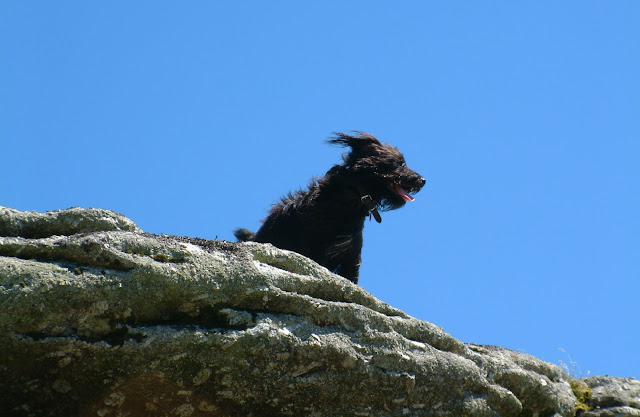 What a week! Much taxiing around of my son and picking up of his friends. A birthday party today and another tomorrow with lots of late nights and related grumpiness the next day! He’s usually asleep soon after eight and would kill me if he knew I was saying that. I’m writing this with the Olympic build up on the telly in the background. I feel obliged to watch it and am hoping that my bah-humbug feelings will be blown away by the extravaganza. I’m really looking forward to the sport though, particularly the gymnastics; Nadia Comaneci was my absolute heroine as a little girl. I spent a lot of time during the summer holidays of 1976 twirling around on and doing handstand dismounts off a fallen tree in the grounds of a beautiful house in Surrey where my mum was teaching a course. I was Nadia Comaneci competing against my friends who were Olga Korbut and Lyudmila Turishcheva. Those days at that fabulous house called The Hallams, Norman Shaw’s last project, are some of my happiest childhood memories. So, apologies for not posting or visiting other blogs very much. I’ve barely had time to check my email.

Last Sunday, my half sister and her husband came to visit. It was lovely to see them and we went for a lovely long walk in the baking heat. There is a shepherd’s hut that I rarely make it to on my walks but is a reference point we refer to as ‘the tin hut’. 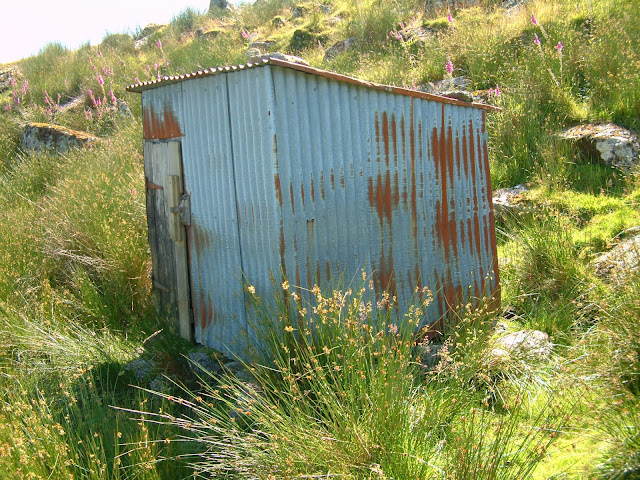 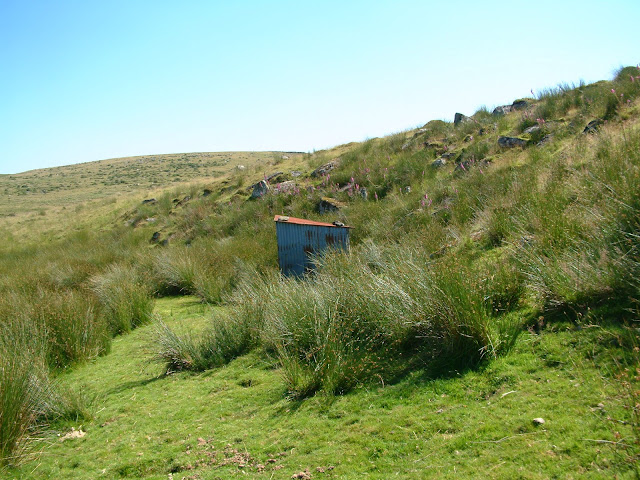 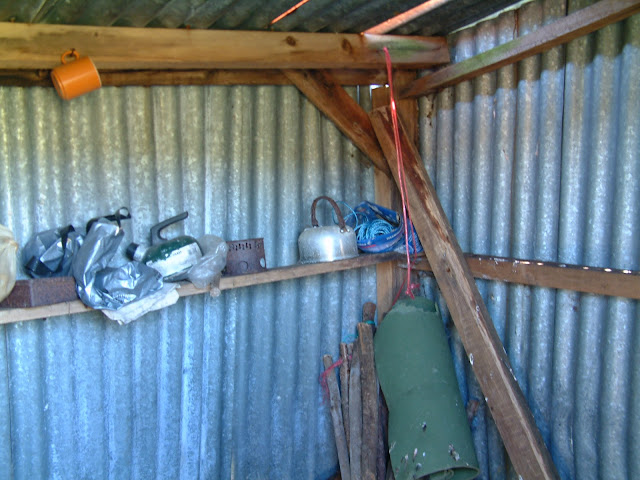 After actually having a look inside we walked on to another landmark I’ve always wanted to get to. A little oasis of trees next to the river that eventually becomes the Teign. It was utterly beautiful. We then got very wet picking our way across what would normally be ground dry enough to walk over at this time of year but was actually pretty boggy thanks to the incessant  rain of the last months. Not enough sun cream to avoid pink upper arms all round! 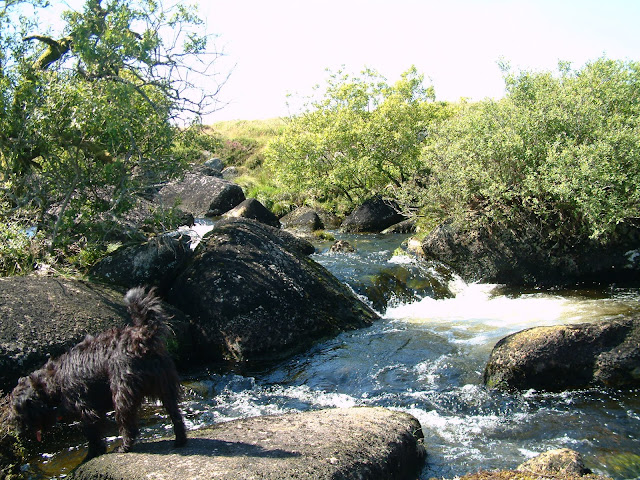 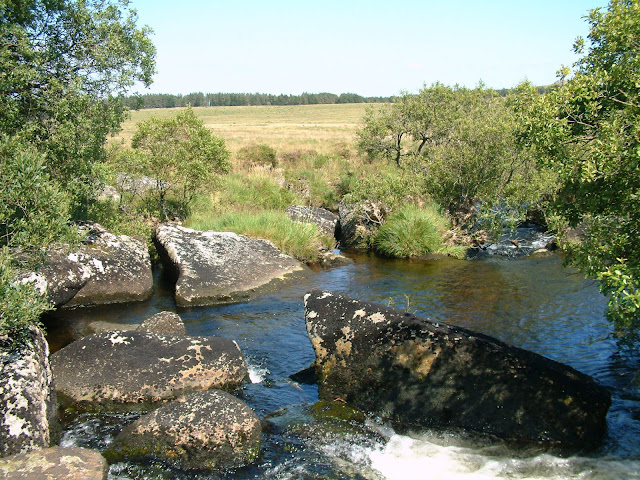 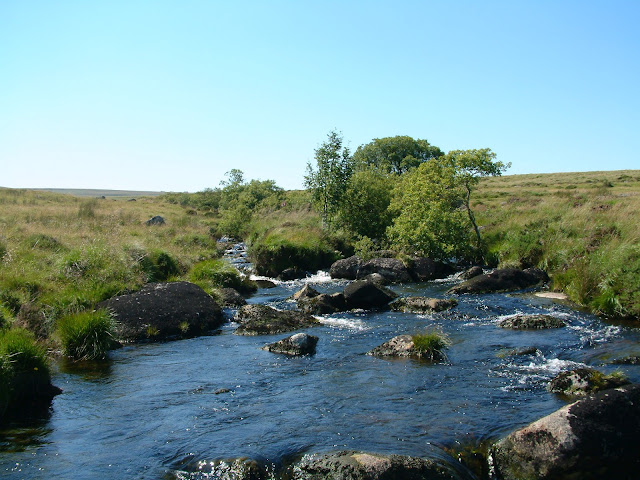 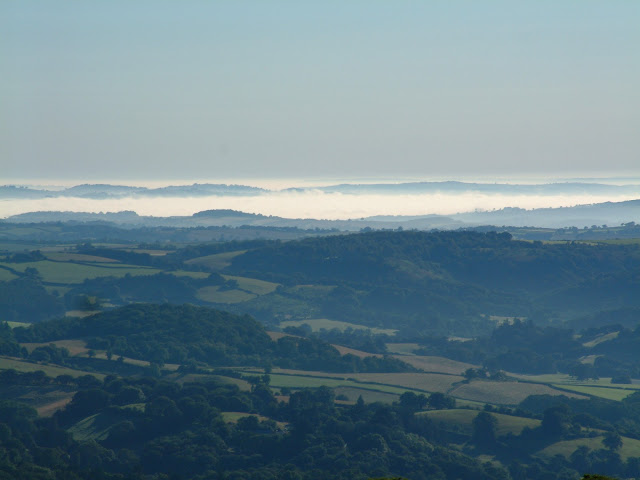 Yesterday when I went to see Trig in the morning, I noticed something was wrong with his eye. It appeared ragged but not bleeding in the lower lid. The vet came to see him and said he’d probably caught it on some barbed wire and that, luckily there was no damage to the eye itself. He has some antibiotics and bute to bring down the swelling and should be okay but I need to try and keep the flies off it. It’s the only reason I’m glad the weather looks like it’s turning. The flies have been unbelievable here in the sun. This attractive picture was taken this morning after the swelling had gone down a bit. Look away if you’re squeamish! 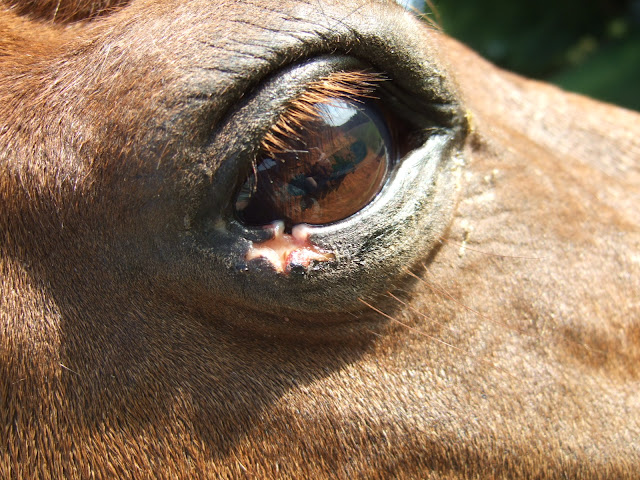 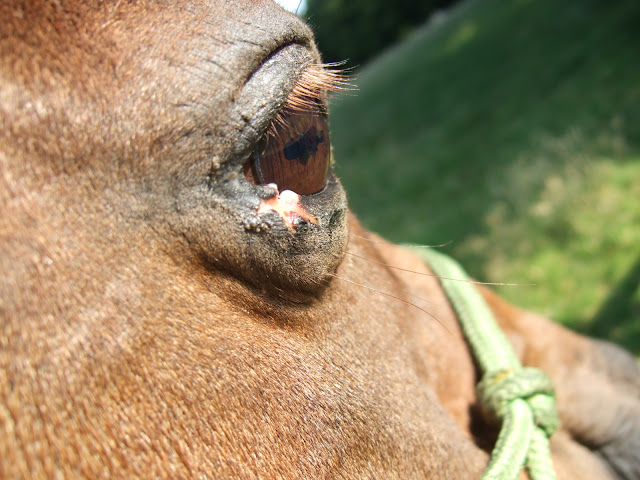 Here are some other pictures from this week:

A swallow ground feeding outside the back door 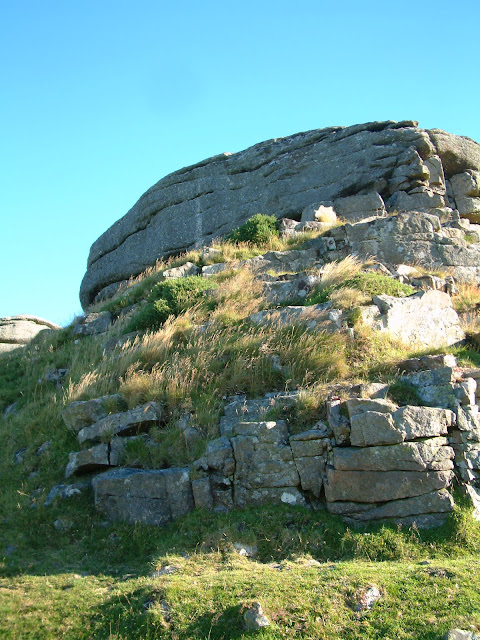 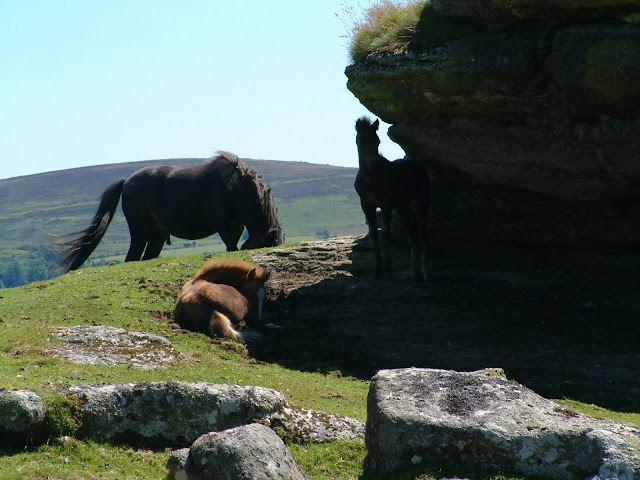 Foals trying to get some shade at Middle Tor 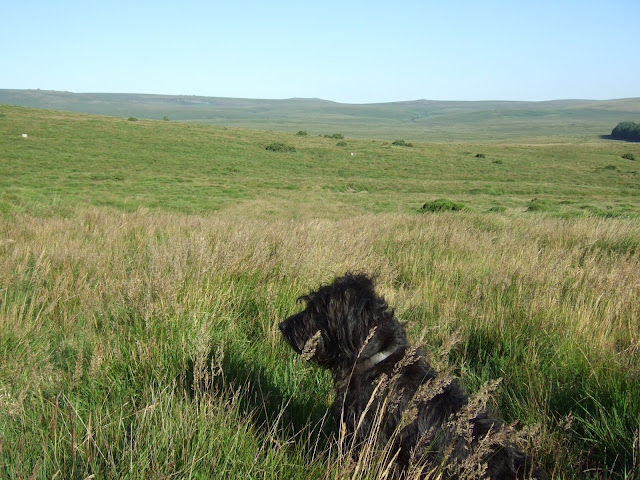 Snippet in the morning sun 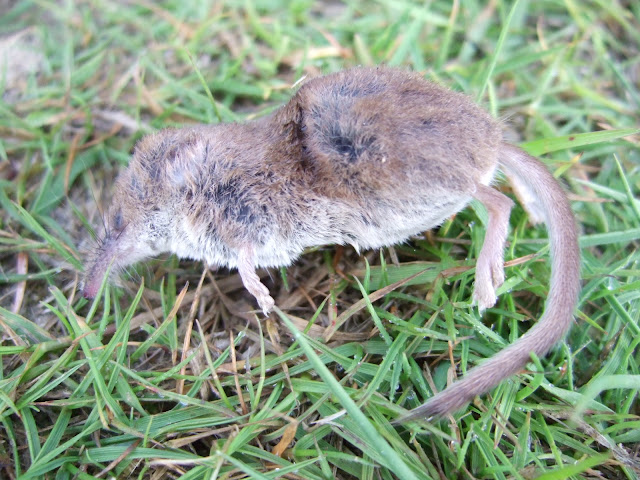 A dead shrew - sorry about this one but I just thought it was so interesting to see its little body and beautiful tiny claws!

Posting is proving as difficult as I had thought but I’ll really try to do so as often as I can. I miss it and I miss reading your comments and your own blogs. I’ll have to try and stay up a bit later as I’m usually off upstairs by . Hope you’ve enjoyed the weather if you’re in and that the Olympics prove enjoyable if you’ll be watching and not too intrusive if you’re not. Till next time…..