EVOLUTION OF A DRAWING - 2 - TWO FOR JOY 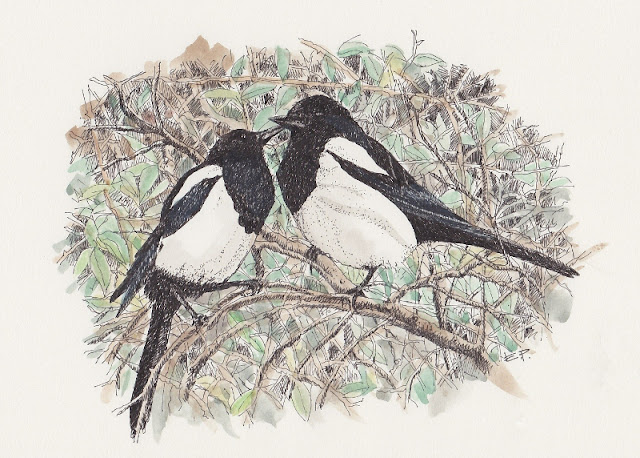 I've always intended to make the photo I took of the two magpies that I published some months ago into a drawing, and today I had an unexpected free morning in which to do so.  They were definitely asking to be rendered in pen rather than pencil and I then sploshed some water colour over the top. Halfway through I was having grave misgivings, but I ploughed on and once I started the background, felt much happier. Now it's finished, I'm quite pleased with it. I'll be interested to see what you think. Here are a few progress pictures: 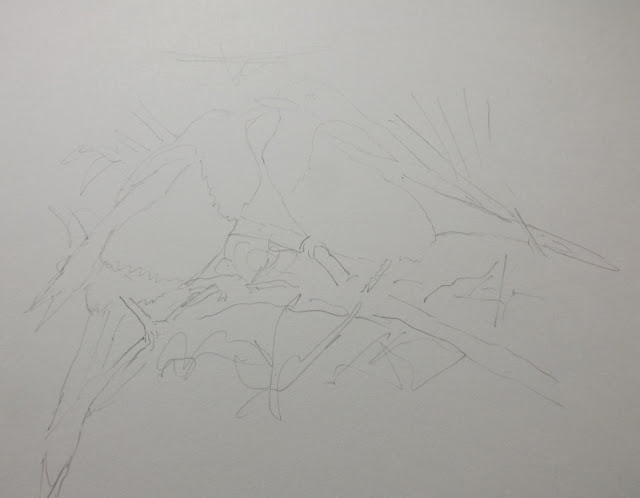 I started by roughing out the shapes of the two birds and their perches. 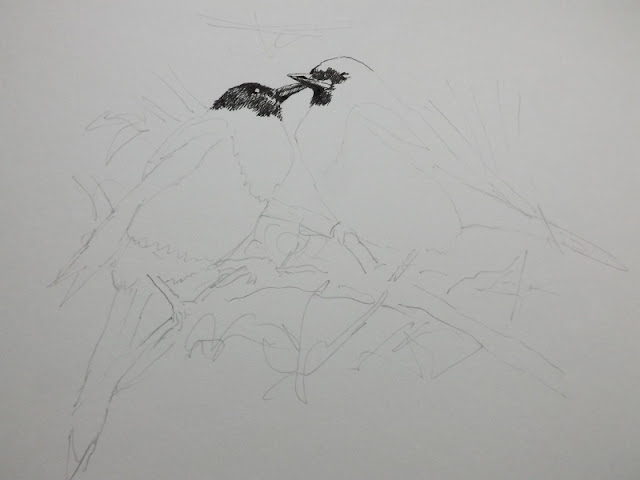 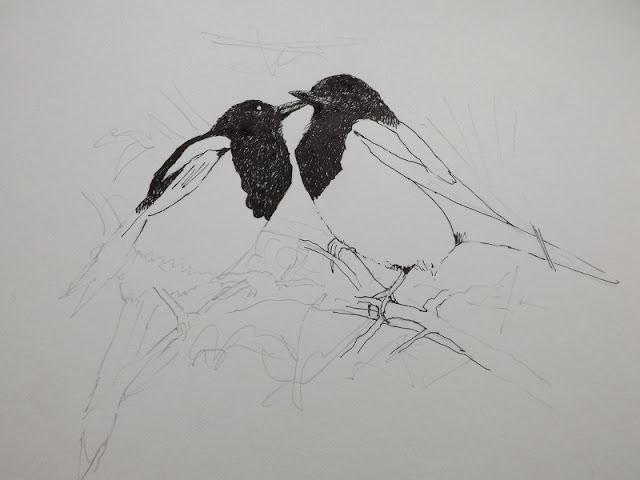 Moving on to a .35mm one for the larger black areas. Neither bird's eyes were really distinct and it took a while for me to have the courage to darken them as they should be. 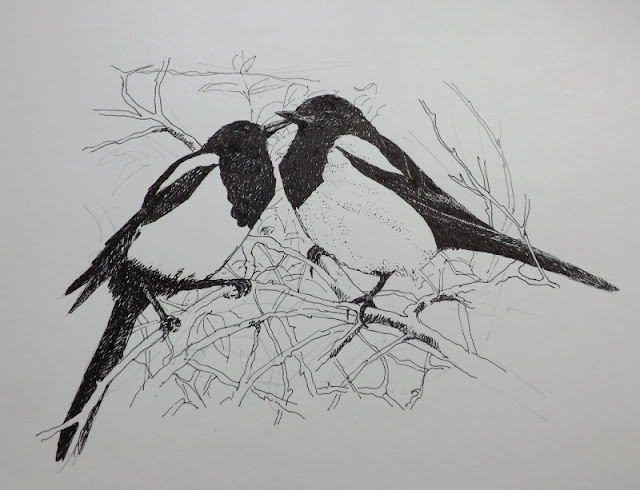 Here the birds are almost done and I've started the long process of filling in the twiggy background. 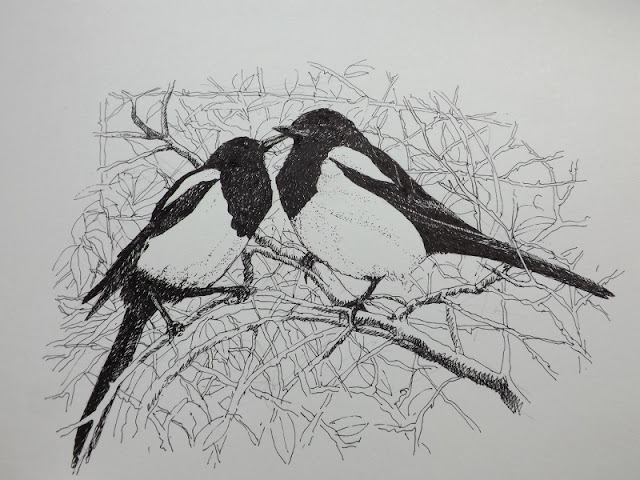 More twigs and leaves and some dotting in of slight shadows in their white parts.

YET more leaves and twigs and shadows, building up the depth of the background. 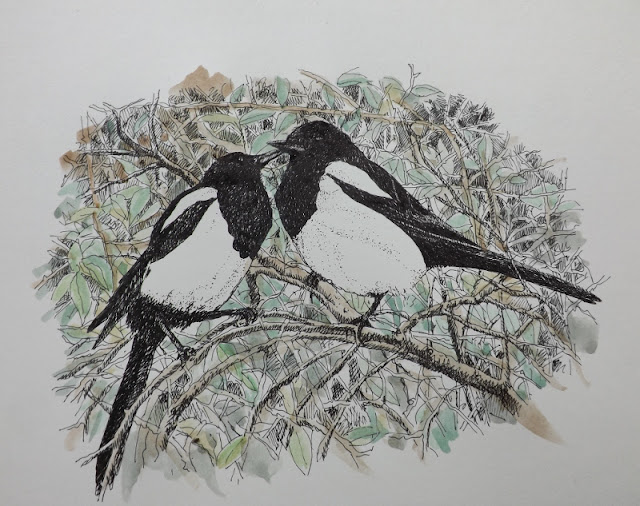 And finally the colour. Muted greens and grey browns with a flash of blue on the magpies seen in the finished picture again below. Until next time.....