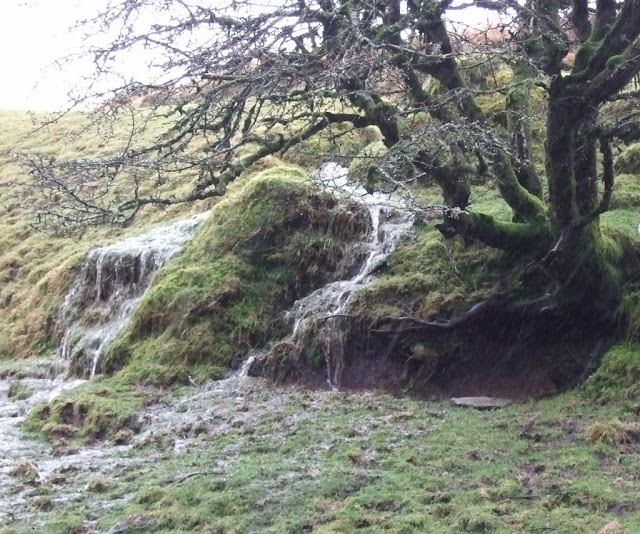 Well a happy new year to you all. My first time up till gone midnight for nine years on new year's eve and I'm still feeling a bit delicate. I don't really drink at all these days so alcohol was not an issue - just lack of sleep! We had a lovely time though.

My Mum told me brightly yesterday that we were due for at least a week without rain. My dripping coat and waterproof trousers would dispute that. It's better, but that's as far as I would go. The road is no longer a river and you can see the damage the water has done. Pot holes have deepened, channels have been routed at the sides and new holes have appeared. The stream looks almost normal and the deltas have receded, leaving alluvial deposits in their wake. These pictures are from the river I suspected had burst its banks in the last post. Here's the before picture from a month or so ago: 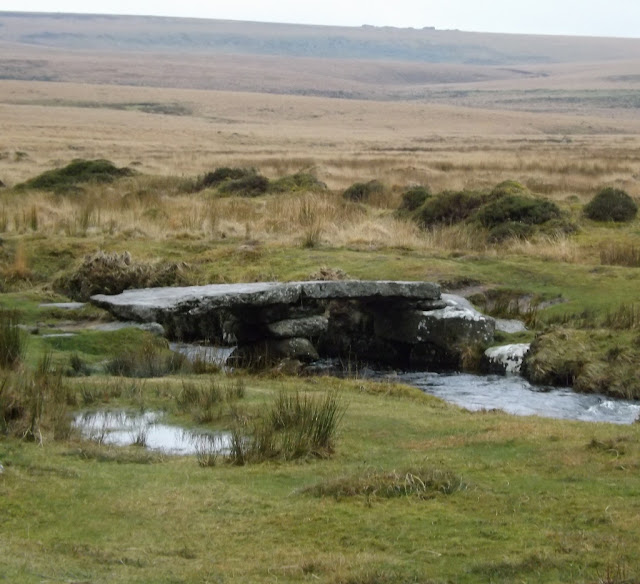 And this is the same bridge two days ago - Scary! : 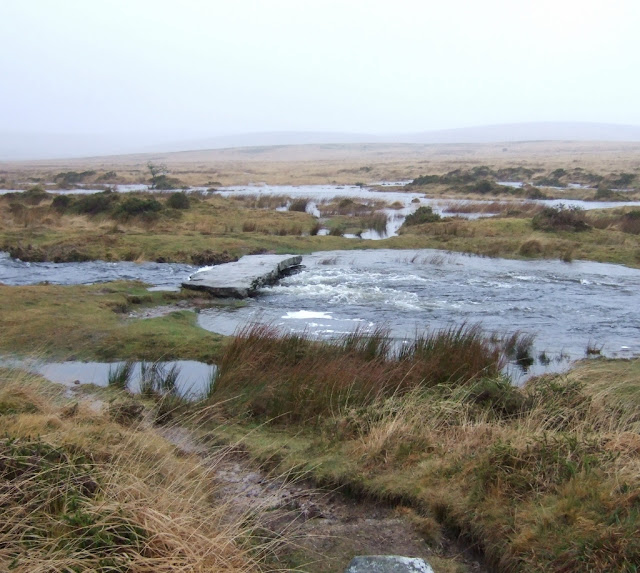 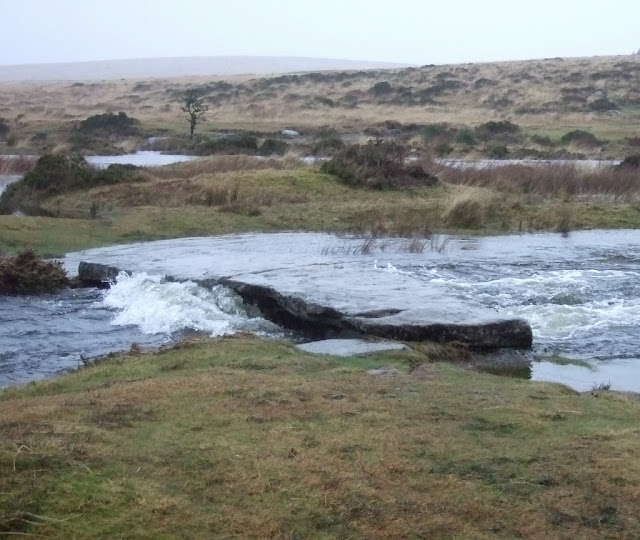 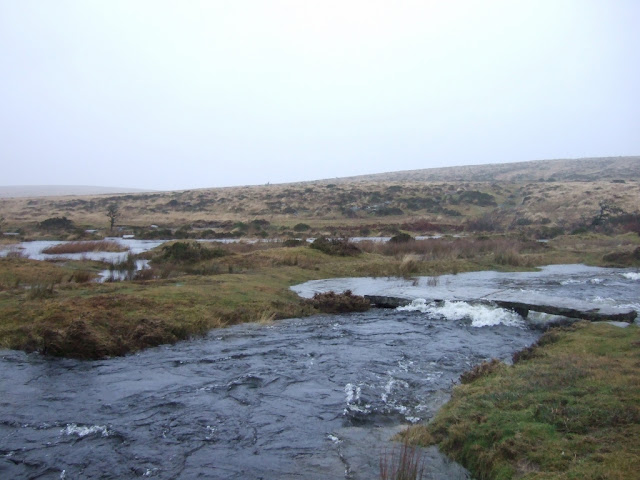 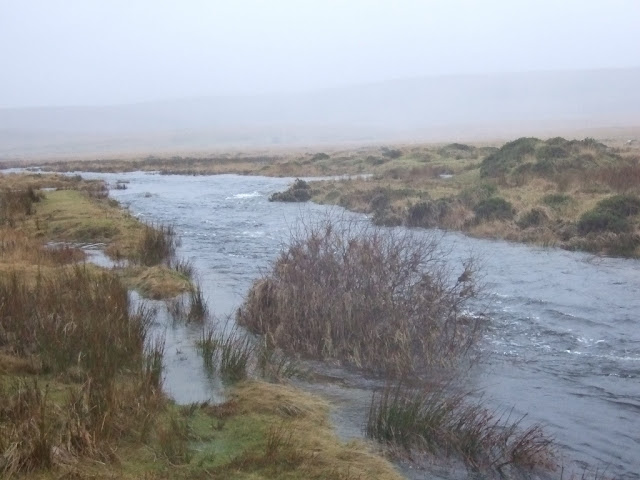 Yesterday I decided to hang some washing out in what I thought was a window of opportunity....how wrong I was; it had to come in again ten minutes later. As I grabbed our line prop, I was horrified to find it covered in green slime which no amount of hand wiping on the grass would remove. This has never happened in the five years we've had it....such is the extent of this year's dampness! It's misty today which at least is a change. Yesterday morning was beautiful and I strode out with no waterproof trousers or cover for the camera, only to see this coming: 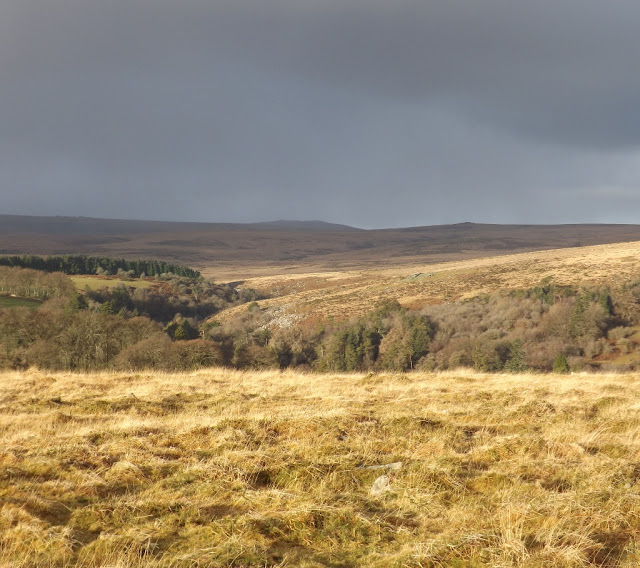 I actually ran.....not good over rough terrain in wellies after four hours sleep I can tell you but I just made it back in time. Just had a call from my mum...again. She has THE BUG and I have to go on a mercy mission to the chemist before Wednesday's half day closing (yes - it's like stepping back in time here), with Origami Boy and friend who weren't expecting to have to go out; they're NOT happy. At least she's not forecasting weather today.

Until next time here's a lovely sky from yesterday morning before the storm clouds came. 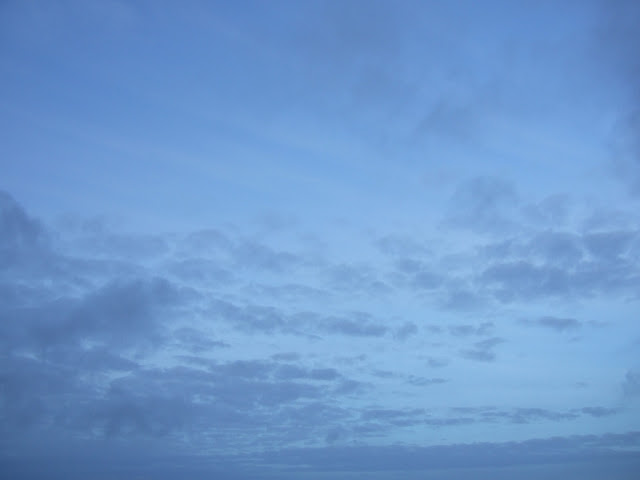