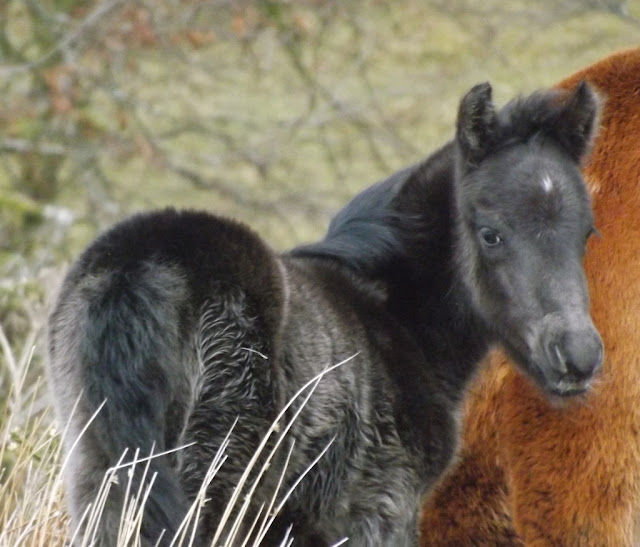 At last. I have had reports of sightings for a few weeks now but not seen her (I think) properly till this morning. Her mother is one of a group of ponies that belong to a farmer who breeds pure Dartmoors and is pretty careful about the few he has out on the moor, hence she is a 'proper' colour. Isn't she gorgeous. 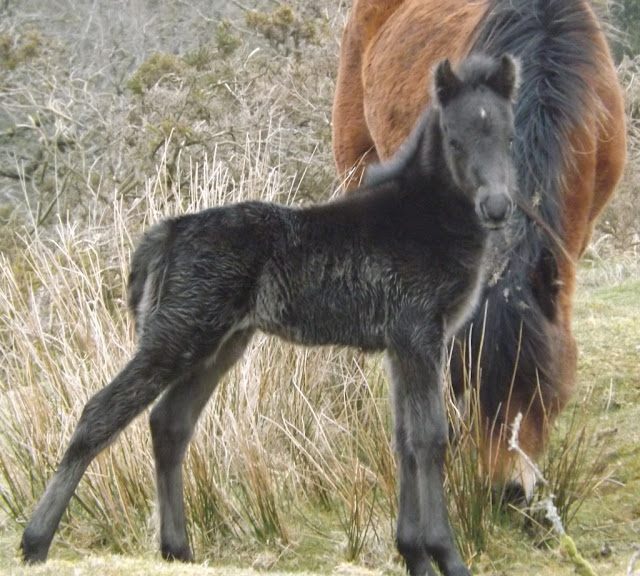 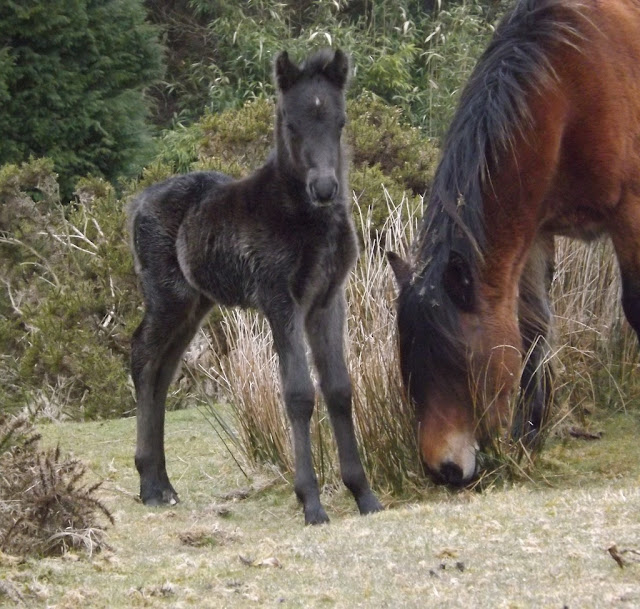 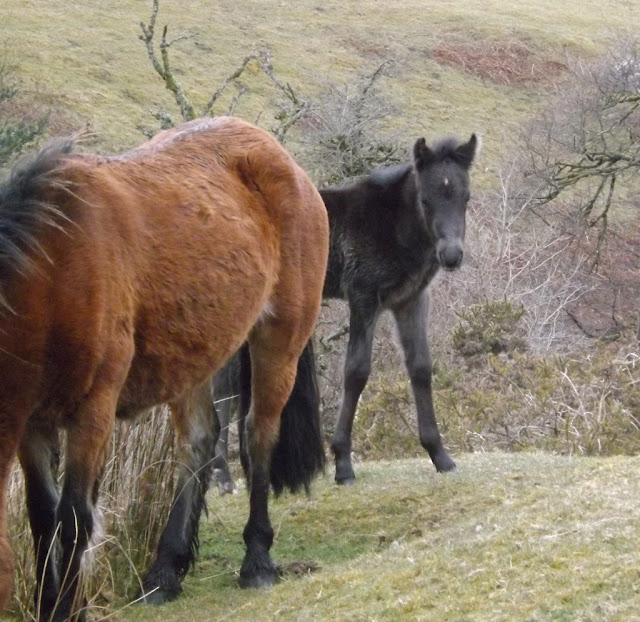 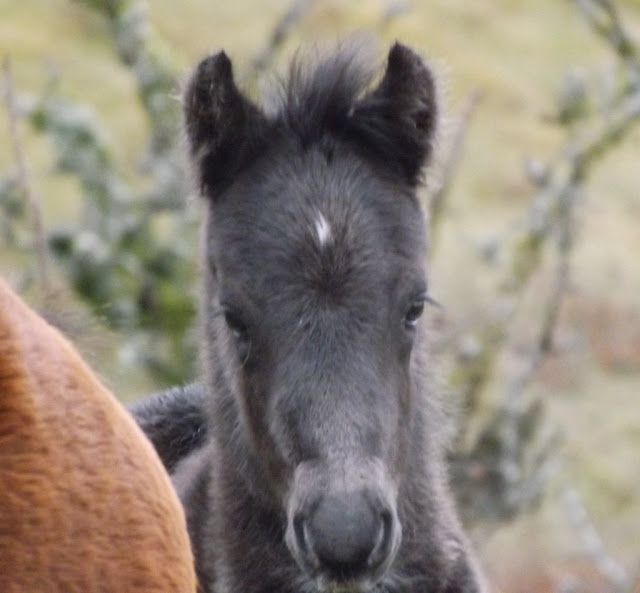 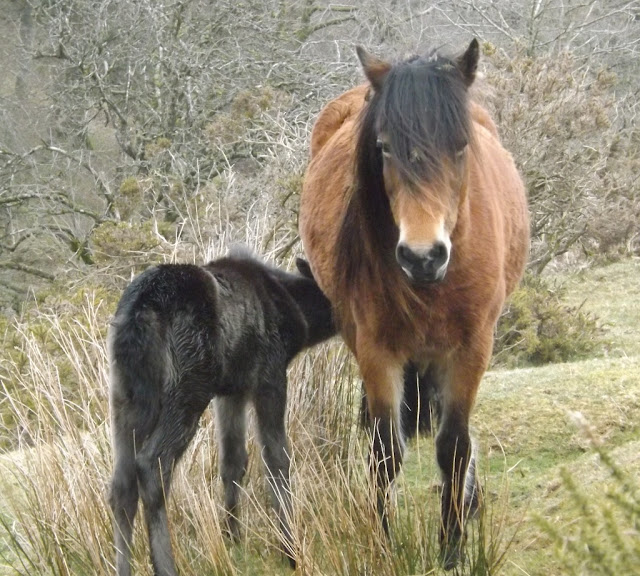 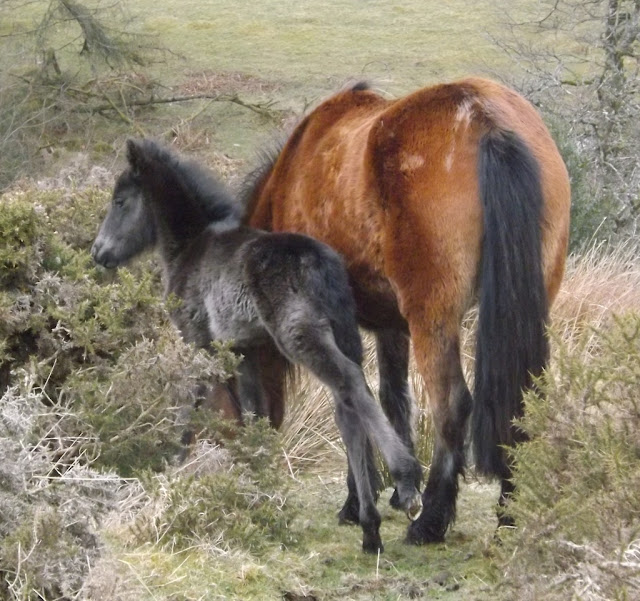 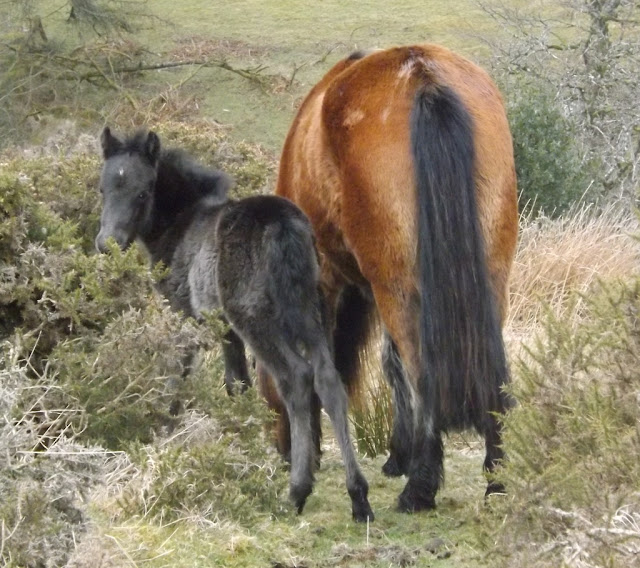 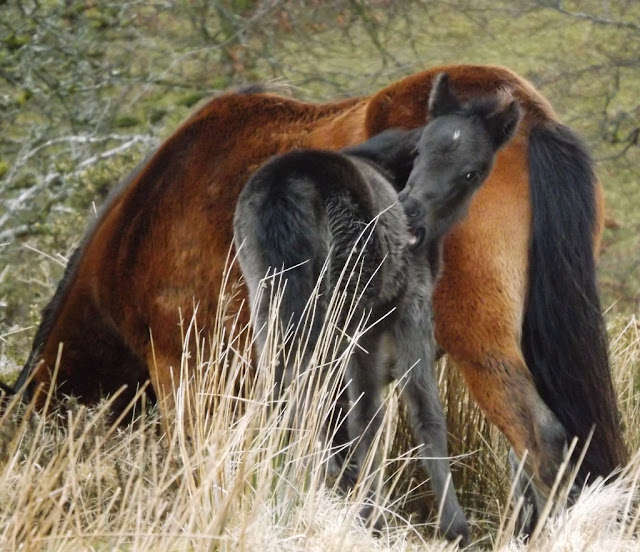 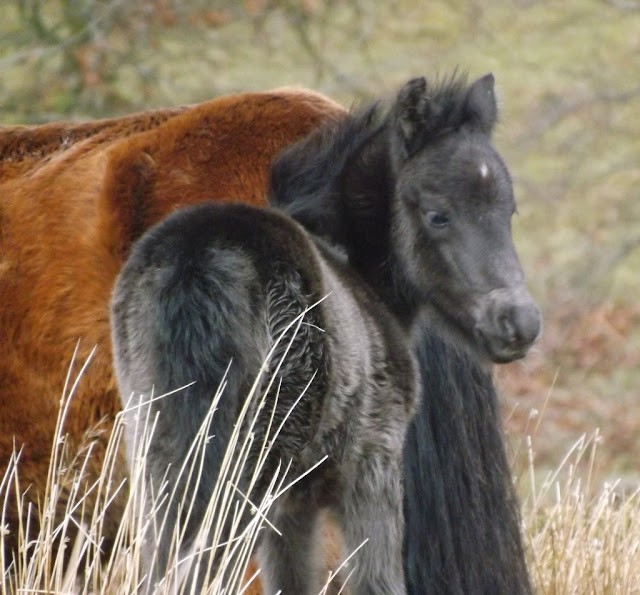 My partner said he saw a grey out last night with a new foal, which could have been Daisy. Another black one. Unfortunately, Snippet has damaged his foot again digging too hard down the rabbit holes in Trigger's field, so is on bed rest. I'm not going to be able to get out much at the moment. I'm feeling pretty rough with a strained chest muscle which makes breathing painful and a chest infection which isn't the best accompaniment to the latter complaint. So let's hope Daisy comes back close so I spot her from the car.

BT are coming this afternoon as our broadband is so narrow that it's becoming almost impossible to view pictures, let alone listen to audio files, and as for video, I'm beginning to forget what it is to watch Northern European political or crime drama on BBC i-player. Apologies if I haven't been commenting on your blogs as much recently; it takes so long for a page to load that I only get through a few before I have to give up. For some reason, the upload time for photos seems unaffected which is very strange.

With all the rain recently at least there's some hope of grass growth. Trigger is staying down the lane for another couple of weeks and is being fed twice a day to try and keep weight on him in the absence of lush spring grass. I took this picture of a bedraggled Nuthatch over the weekend. They are definitely nesting in our box again this year which is great news. 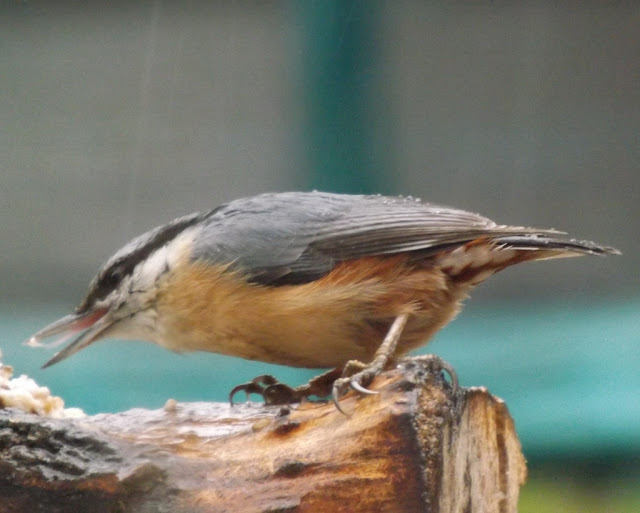 The Greater Spotted Woodpeckers are back too. I don't know where they went for the couple of months they've been absent from the feeders. 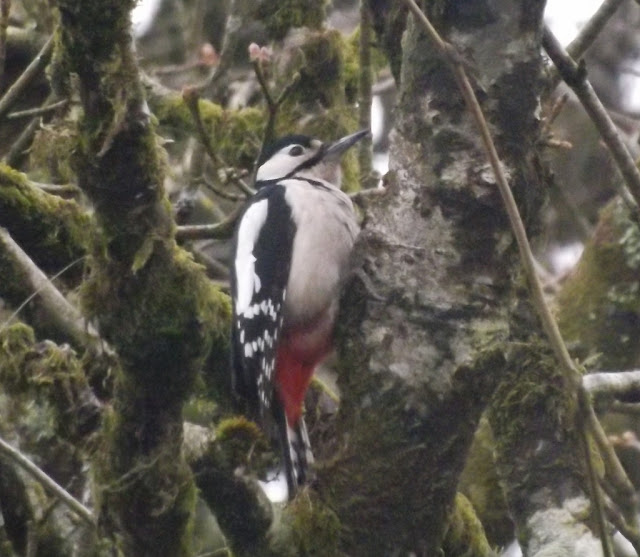 Maybe this character has something to do with it.....Snippet's nemesis, who skulks in the bushes waiting for an unsuspecting sparrow. I usually manage to chase it away before it can do any damage. 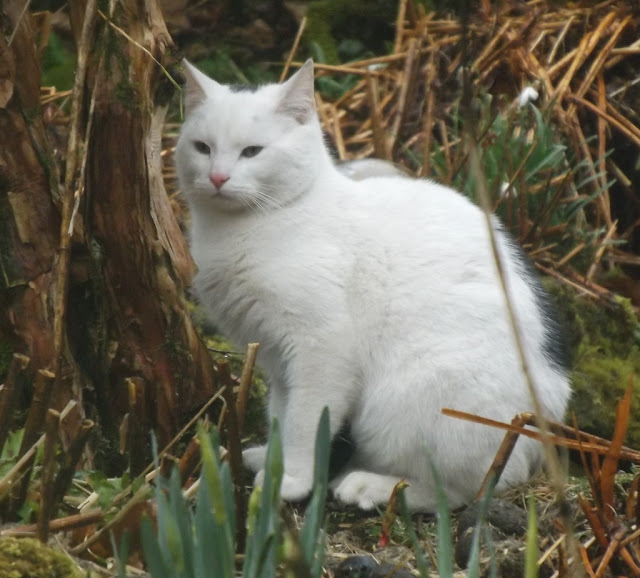 Time to get off to the vet's with hoppalong Snippet. I have a bad x-ray feeling about this, which means taking him to the Okehampton branch of the vet's 12 miles away and jeopardising the BT appointment between 1.00pm and 6.00pm. You just know they'll be here at 1.01pm if I'm late and drive away again. Oh well....until next time, here's my poor boy looking VERY sorry for himself.

The vet thinks he may have strained or even broken his toe. It could also be a thorn he couldn't see, embedded between the toes. We have drugs to cover either possibility and he goes back on Wednesday to see if the dreaded x-ray will be required should there be no improvement...... 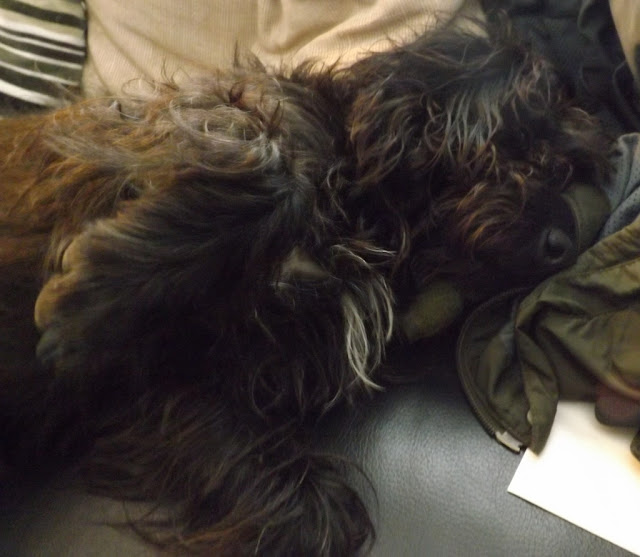