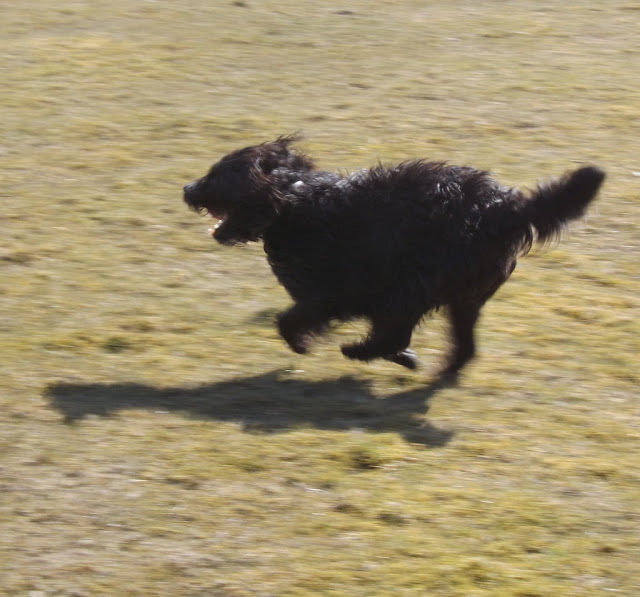 Yesterday, Origami Boy and I took Snippet out for a run in sub-zero temperatures despite the sunshine. We also took a tennis racket and ball as we wanted maximum exercise in a short space of time so we could get back to the coal fire at home. Coal in April....it's just not right. Please excuse blurriness but I think it all adds to the effect. That dog can really move when he wants to. 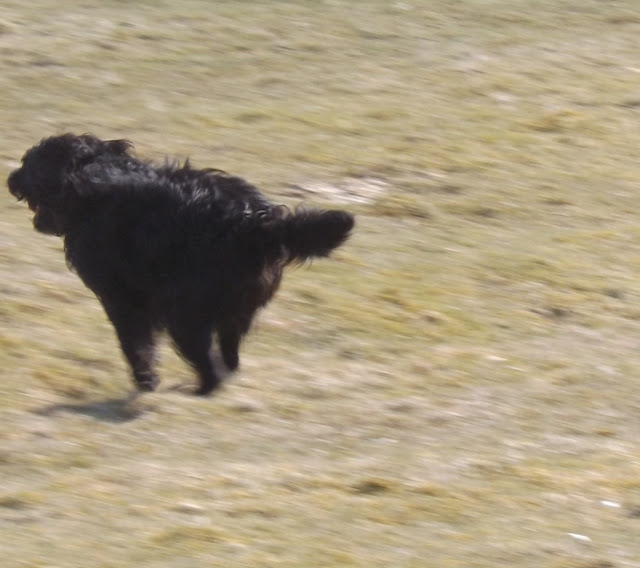 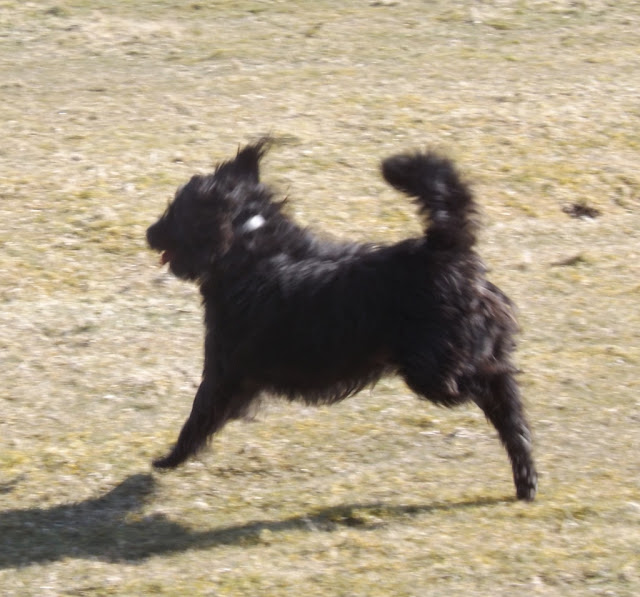 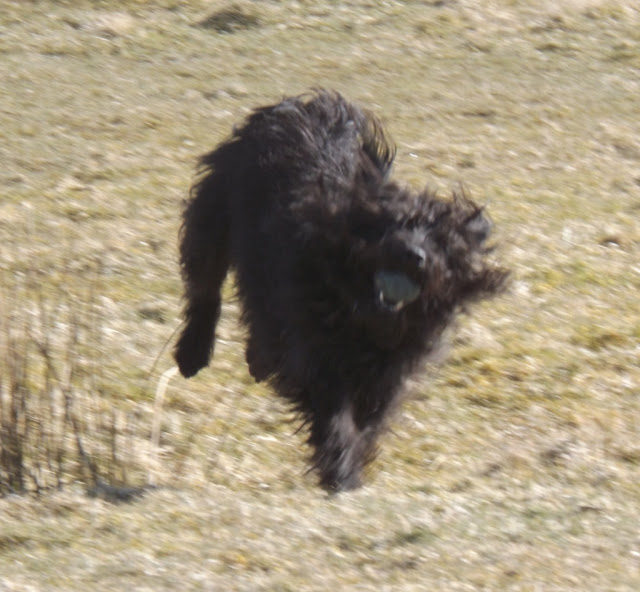 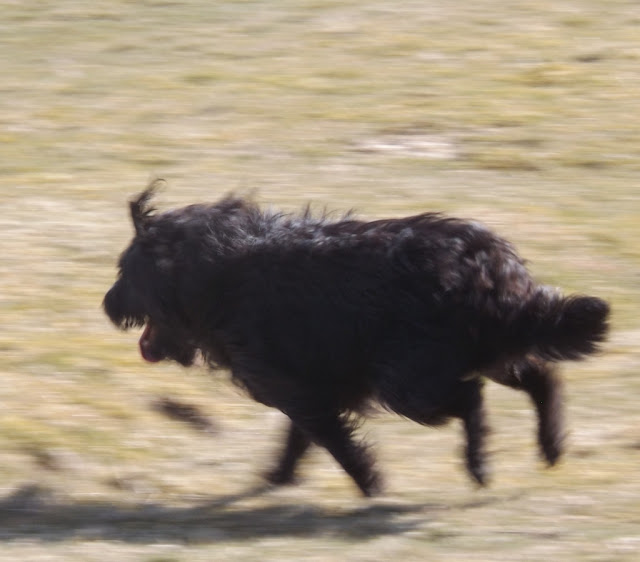 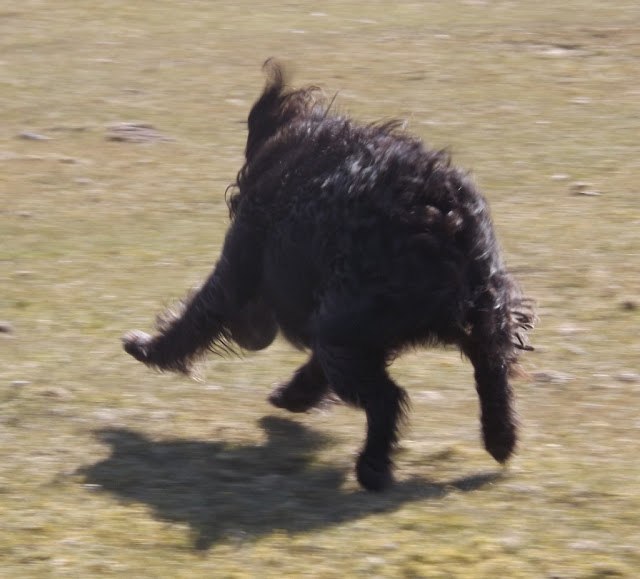 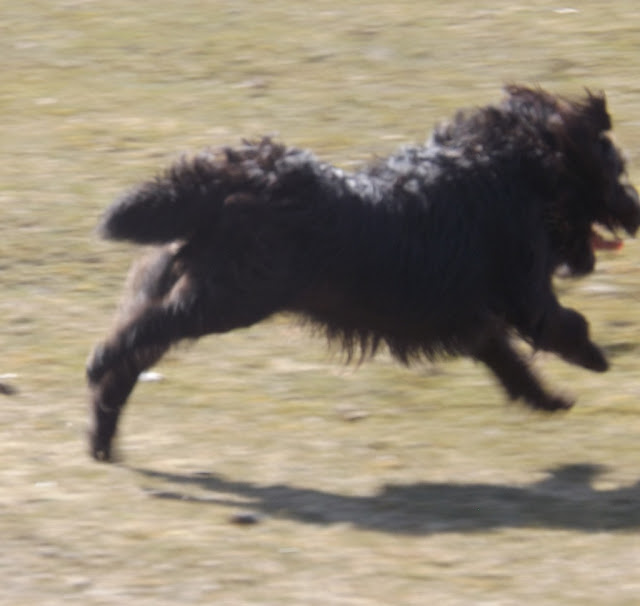 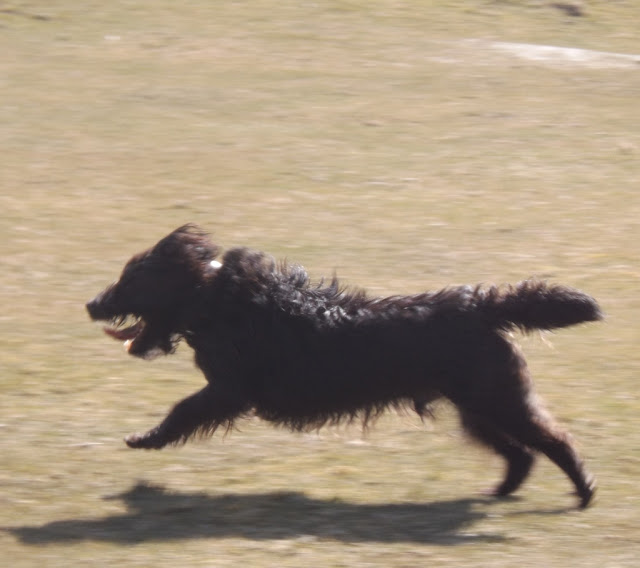 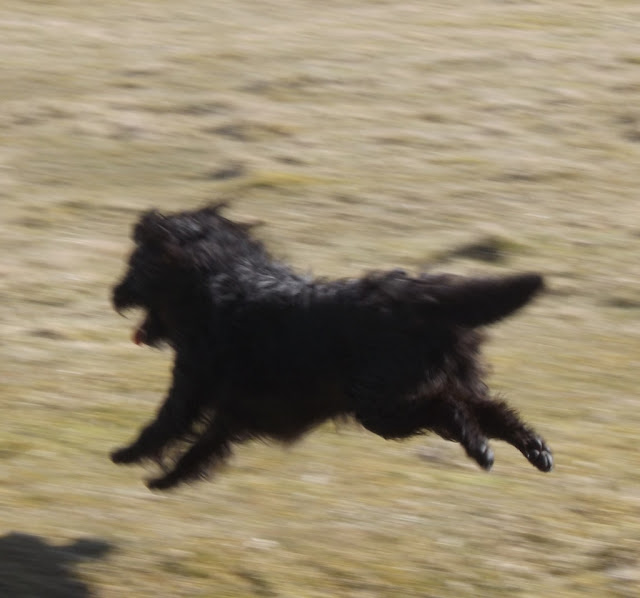 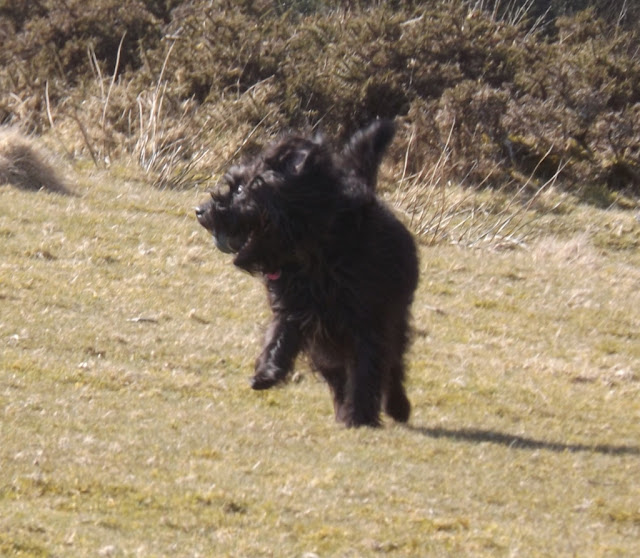 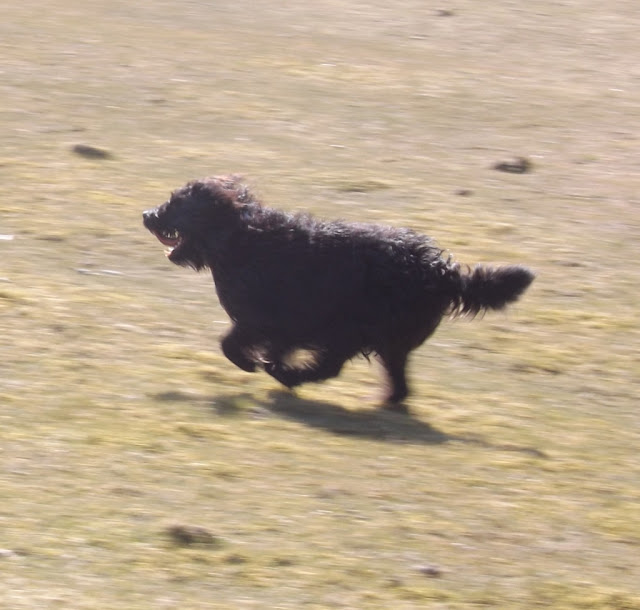 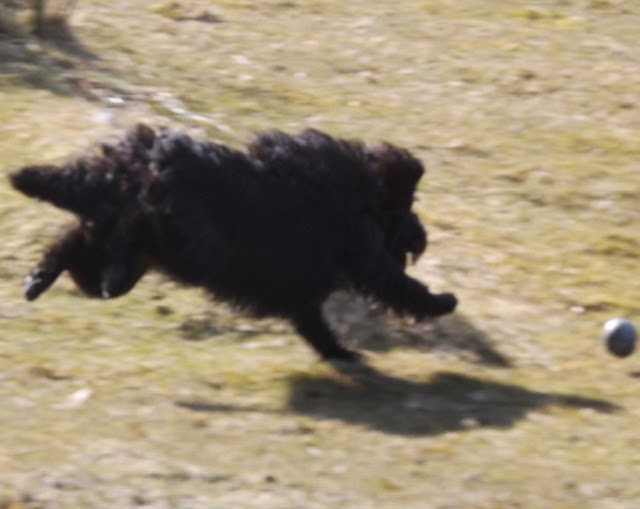 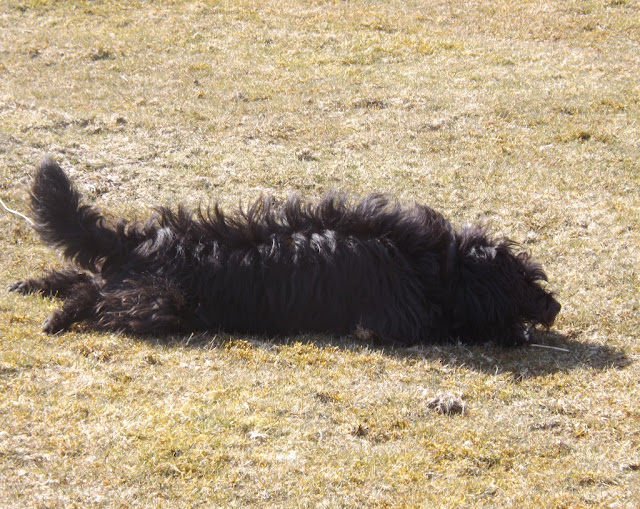 Sitting on my lap on the top of Kestor Rocks 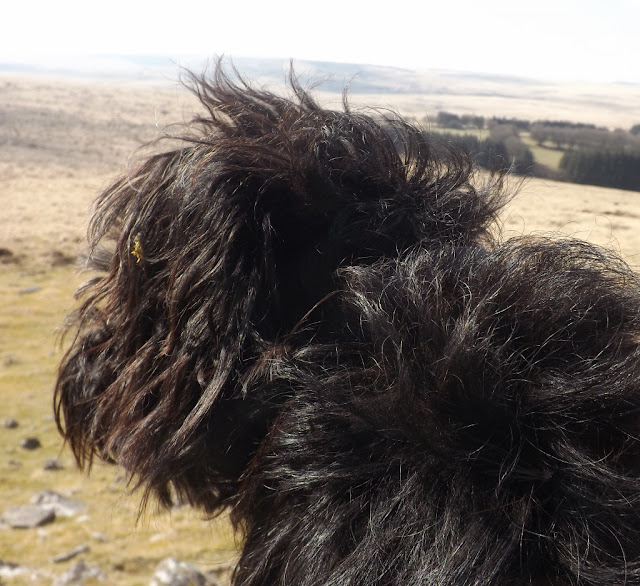 I haven't seen Daisy for a couple of days now which may mean she's gone off to wherever they go to have their foals, or just that she's wandered. That foal that I glimpsed in the fog has been spotted some way away which is great news. I feared it had perished. Until next time, when perhaps I may have news of Daisy, here's Snippet looking down at the stream from the bridge at the bottom of the drive. I know I'm biased but he really is a lovely dog. 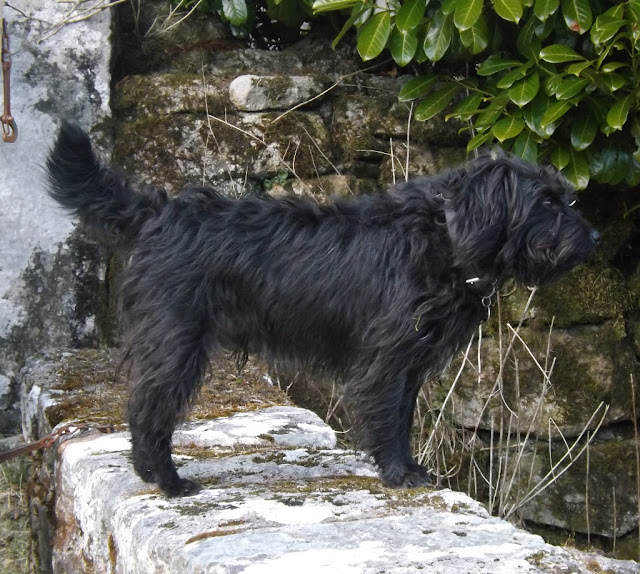 Email ThisBlogThis!Share to TwitterShare to FacebookShare to Pinterest
Labels: Terrier