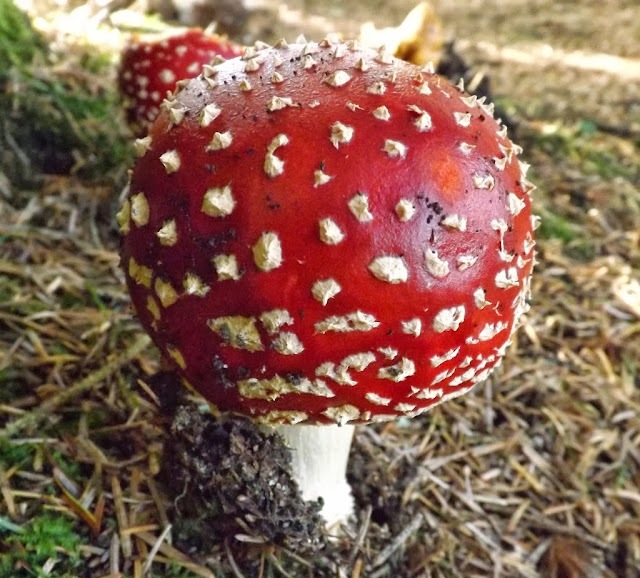 As promised, here are the results of a stroll through our neighbours' woods. Actually, it's more shelter belt than woods, running along the edge of the peninsula of land on which we live. I am reliably informed that these pines were only planted twenty five years ago or so, but they tower, rustle and flex in the gale force winds up here on the moor. Ugly they may be, but they serve a very good purpose and in their shadow lie all these specimens and more that the auto-focus failed to do its job on but I failed to notice thanks to middle aged sight issues - grrrrr. I won't embarrass myself by even guessing at the ones I'm not sure about. Fly Agaric above obviously.... 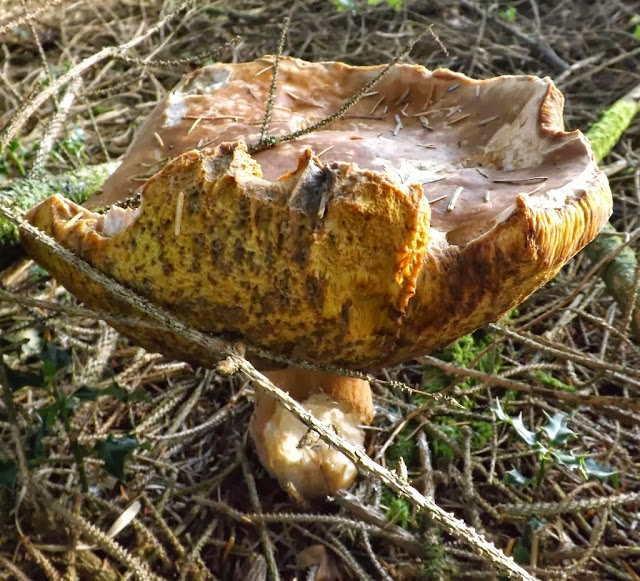 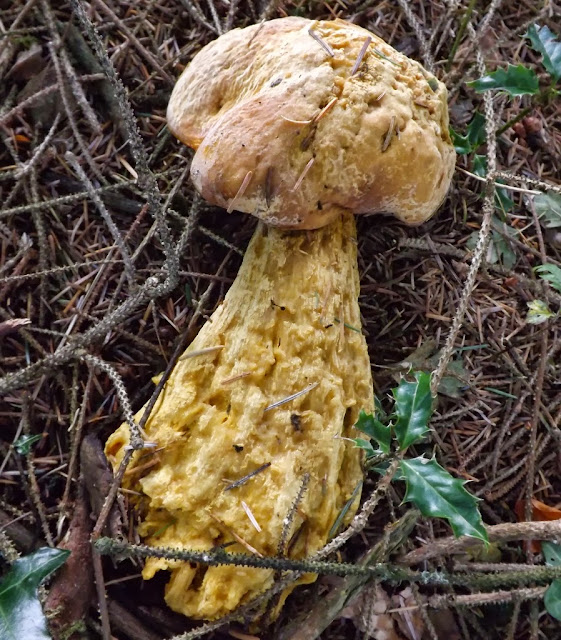 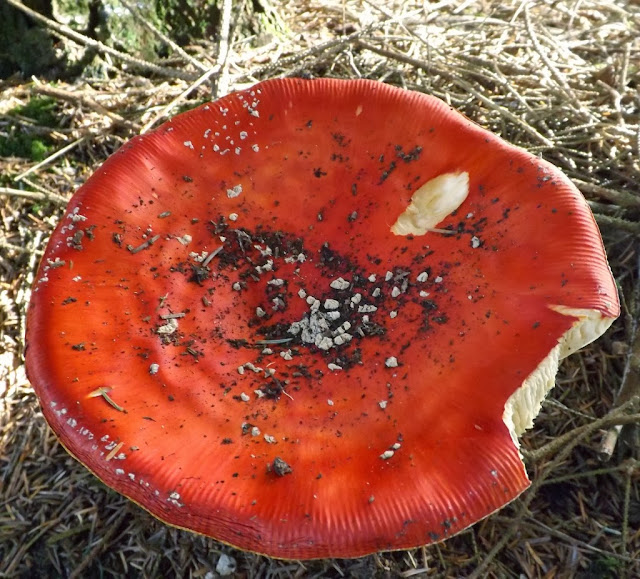 Much more mature Fly Agaric above and a little colony below 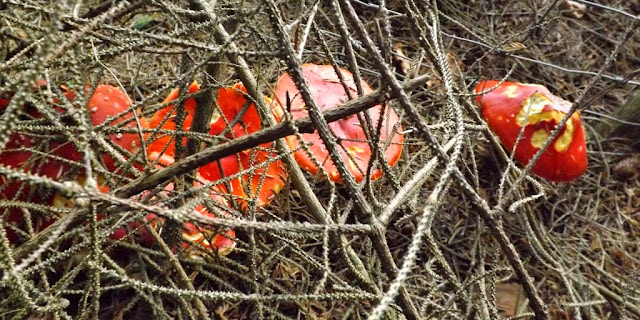 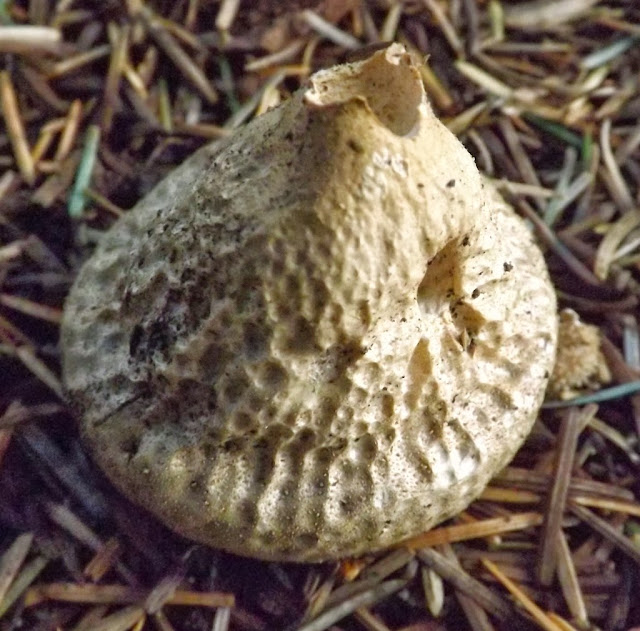 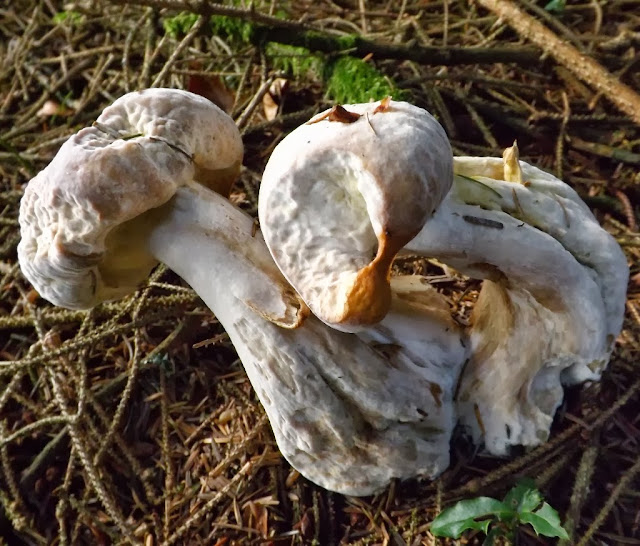 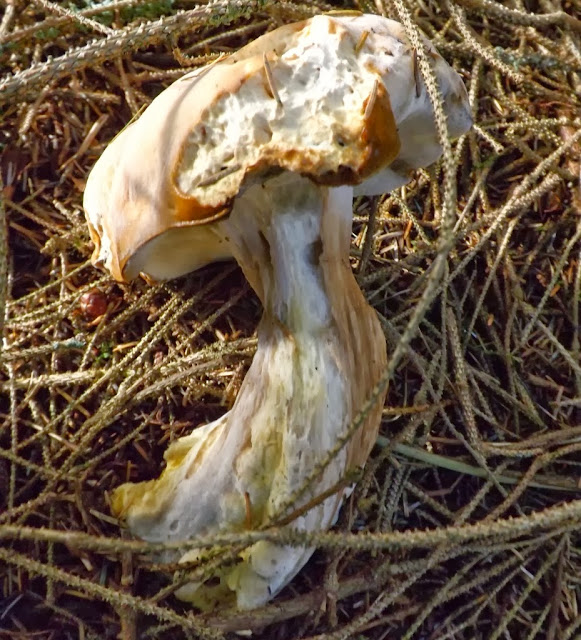 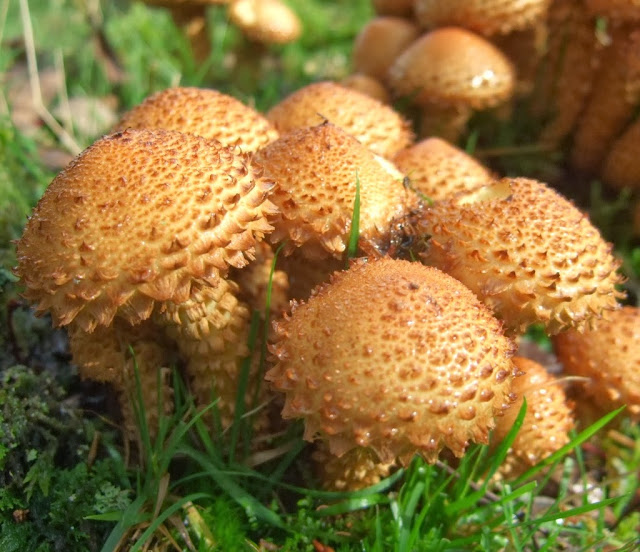 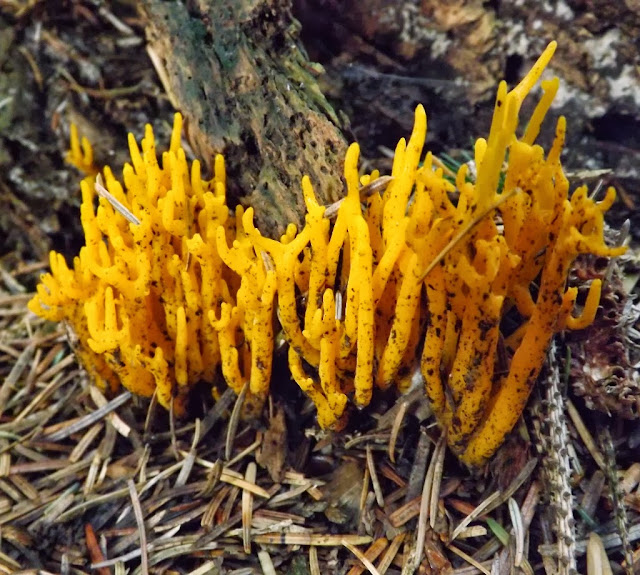 It's been raining now for 48 hours and looks set to do so for the foreseeable future. Very depressing as I watch the road the council spent thousands re-doing over the spring and summer being washed away before my eyes. In their wisdom, they seem to have reduced the camber which means we are now driving through lakes as opposed to being able to dodge between one-sided puddles. It is not good. Too bad for cameras at present but I'll try later in the week. Here are some more photos since the last post. 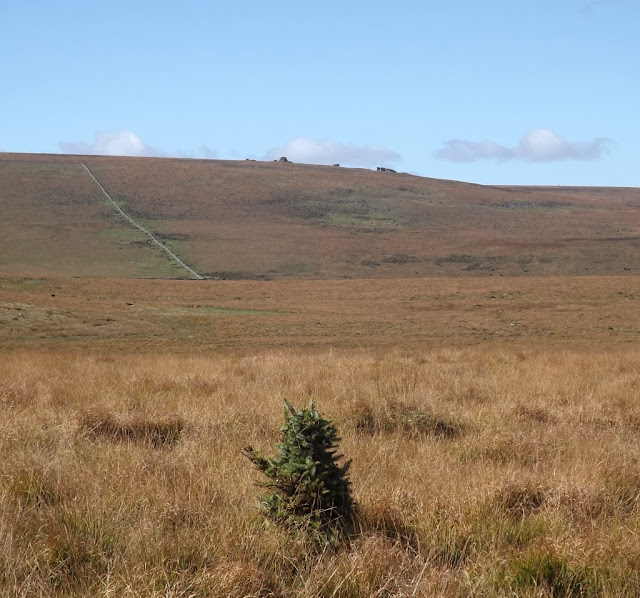 One of those lone pine escapees waiting for Christmas 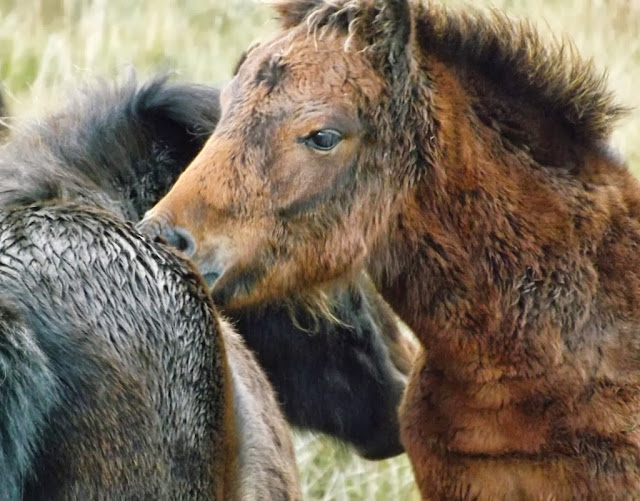 I moved the bird feeding station back yesterday; I've been really missing having them close by and being able to photograph them. Here are some Sparrows in the pelting rain today: 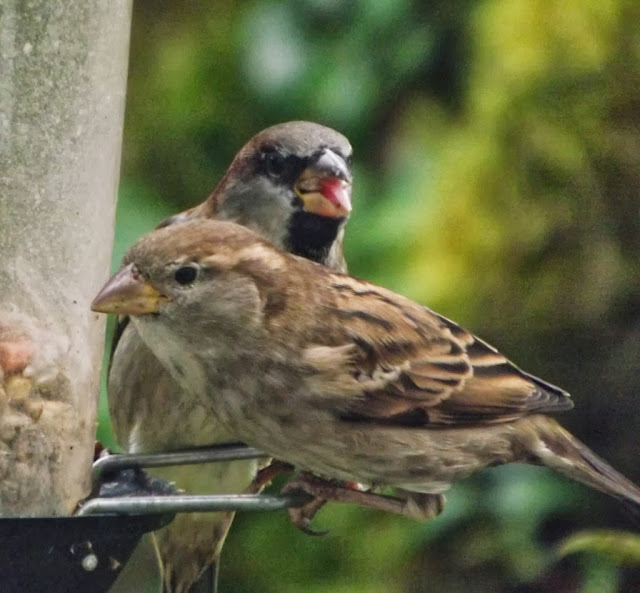 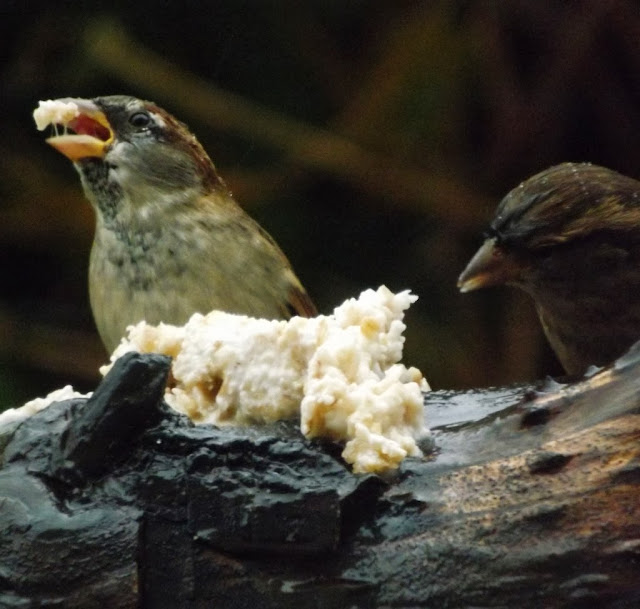 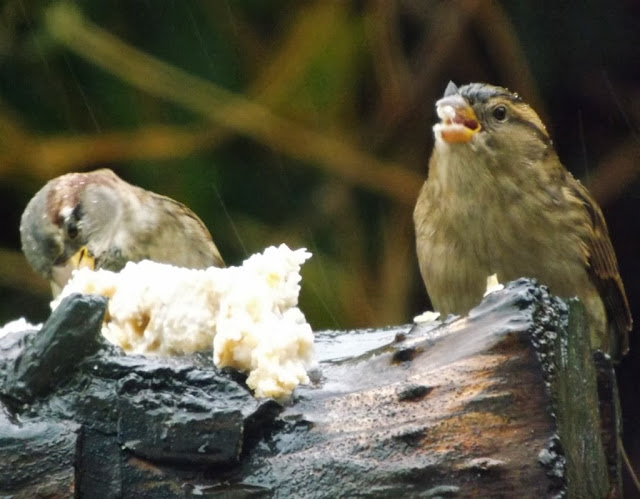 I also spotted these Fieldfare in the Rowan tree today. Sorry they're not great but it was raining (obviously) and through a rather dirty window. 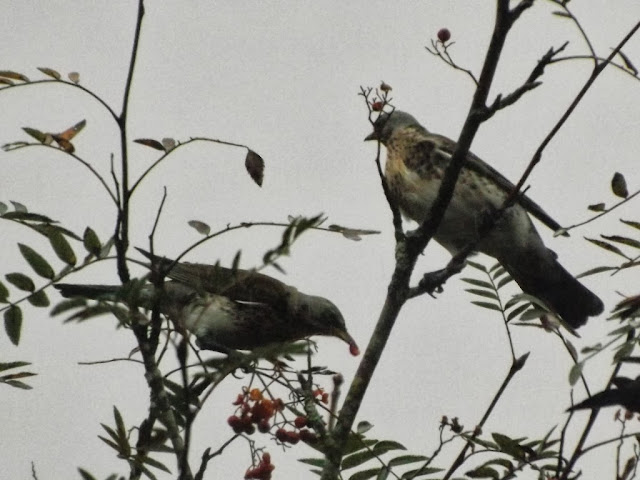 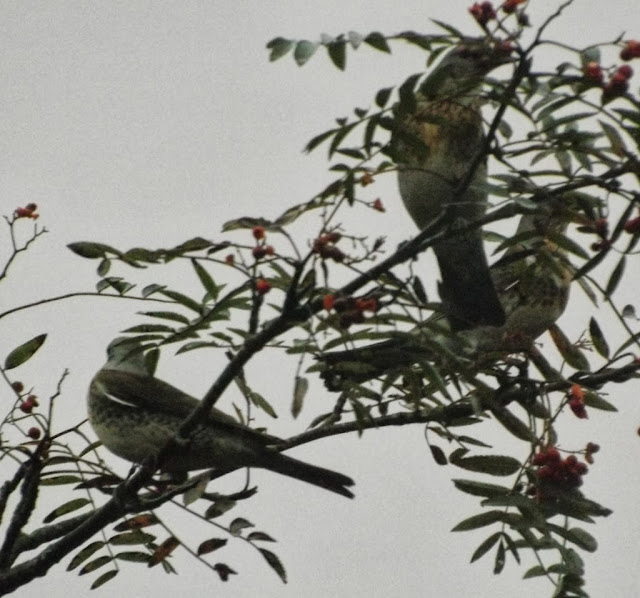 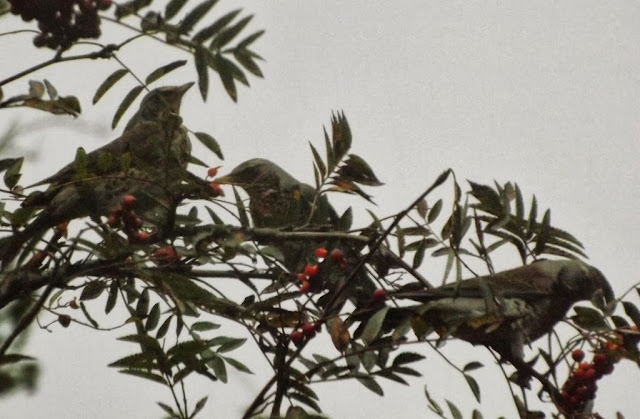 Three lots of cards sold so far - thank you! Also, a flush of new followers which is lovely. Welcome and thank you too. OB has been ill over the weekend and I've had him at home all day off school so I'm really behind with everything. A short one tonight and until next time, here's Jack, who I'm trying to catch doing his meerkat impression in the long grass, unsuccessfully so far; this is as close as I've got: grass nicely in focus, Jack sweetly blurry. 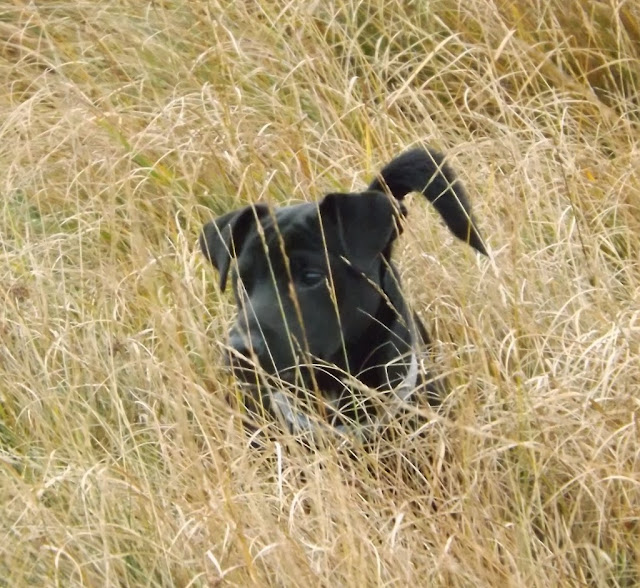