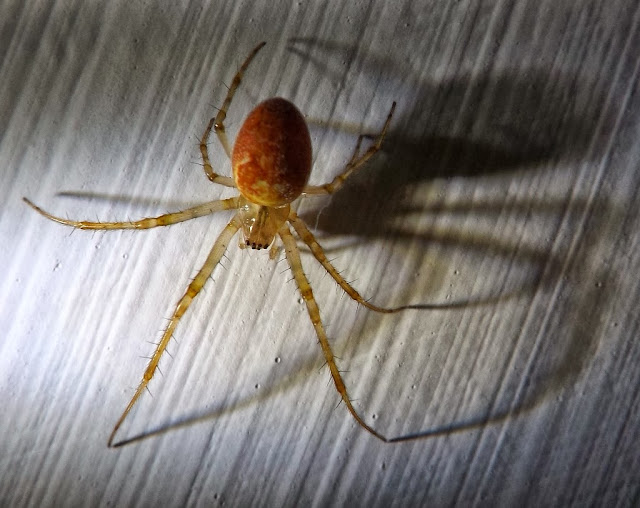 I just found this little arachnid on the wall on the way up the stairs. You can tell how small it is by the paint-brush marks. What isn't exactly coming across in the photos is how red it looked. I had to use a head torch to illuminate it, hence the Film Noir look, which seems to have reduced what appeared to be a scarlet body, to a rusty brown. I've never seen a red spider and, after blowing these pictures up, it looks like I still haven't. I'm hoping that Margarethe Brummerman (http://arizonabeetlesbugsbirdsandmore.blogspot.co.uk/) may be able to identify it. Since putting it outside, I've been faced with two more HUGE ones that barely fitted under my removal glass. Autumn is most definitely here. 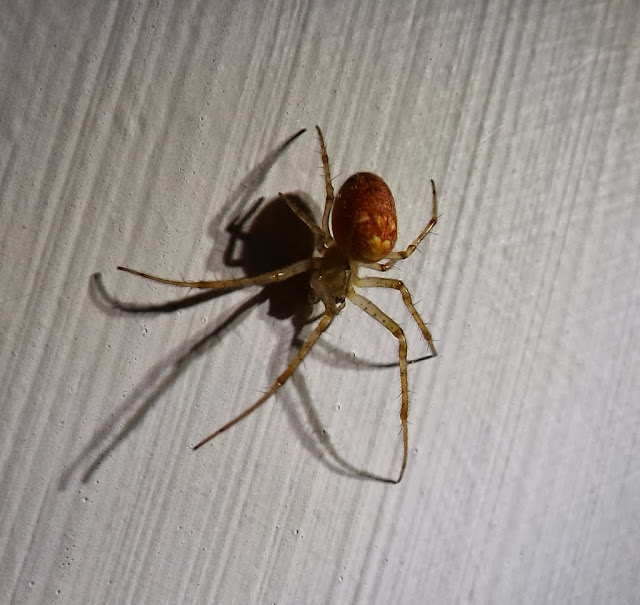 We all go swimming on Sunday morning, usually at Okehampton pool, which is clean and warm and as lovely as a swimming pool can be to someone who only does it because I know it's good for me. This last Sunday, we decided to drive across the moor to Tavistock, where there lies a pool with a slide and some kind of whirly water arrangement very attractive to nine year old boys. Never again. Not wishing to go into too much detail, I came out feeling the need for a bath in carbolic. The changing rooms were peppered with hairs whose origin I can't be sure of and areas of mud and slime. When the water slide started, doors swung open in the side wall of the building allowing the super-chilled air to blast in over the pool. Said pool is shaped like a splat so you never quite know what direction to swim in and as for swimming on your back - forget it; I banged my head twice. The pipes in the disabled toilet (I couldn't use the other one as the latch was hanging by a thick thread of what I hope was glue), were covered in a strange white crust along with green powder which I really hope was copper oxide. So - a bad experience. I ran out into the air and took some pictures of Mallards, a dove and a pigeon to make me feel better. It didn't work. 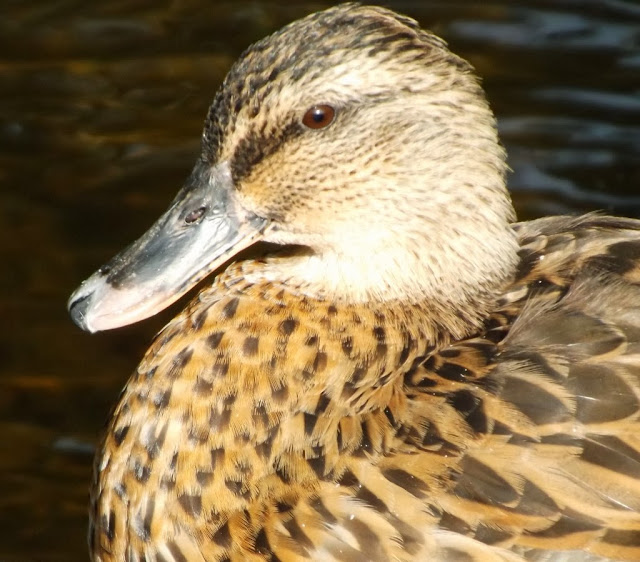 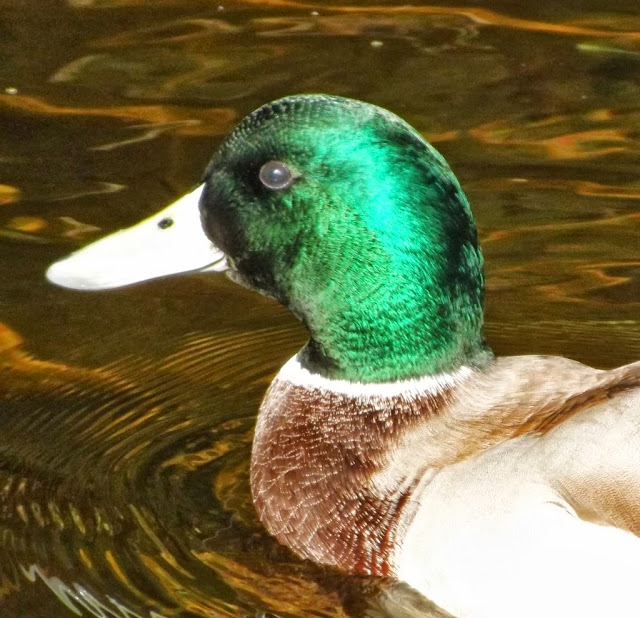 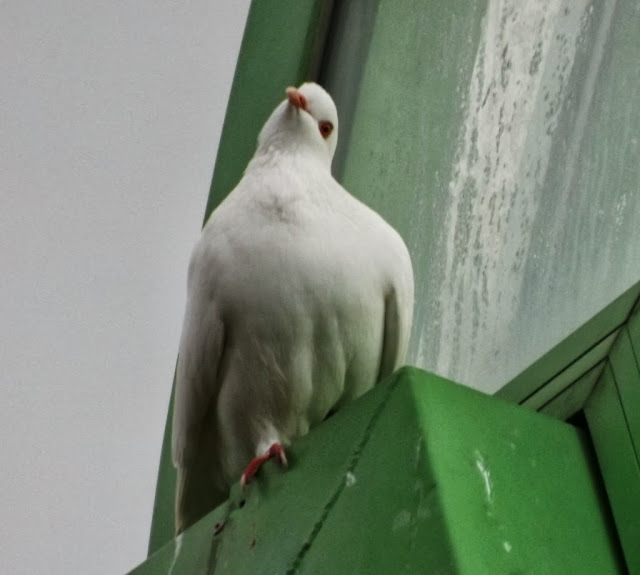 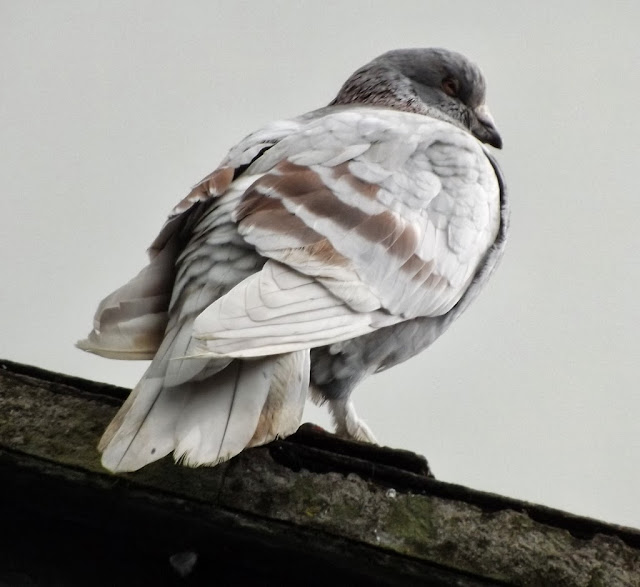 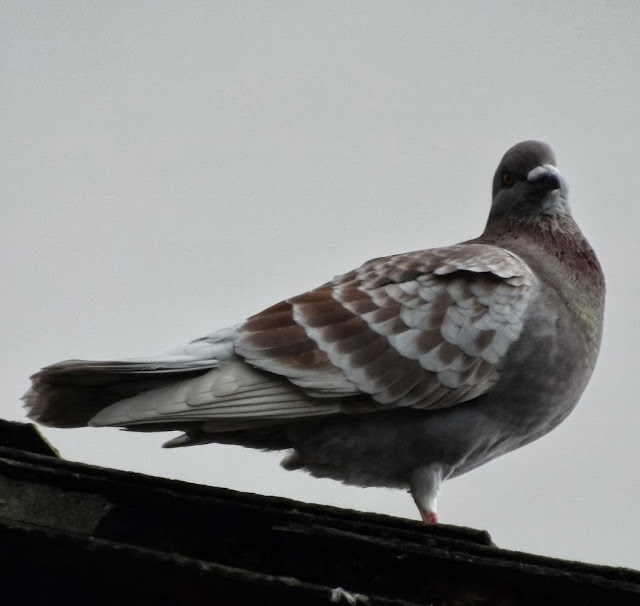 A few more pictures from the last week..... 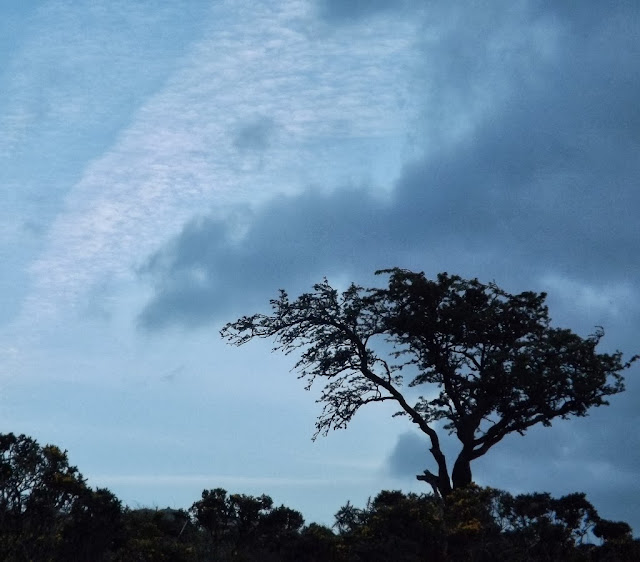 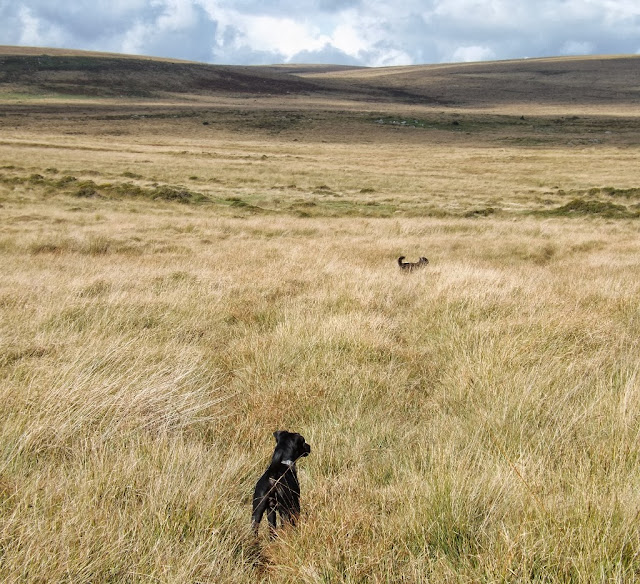 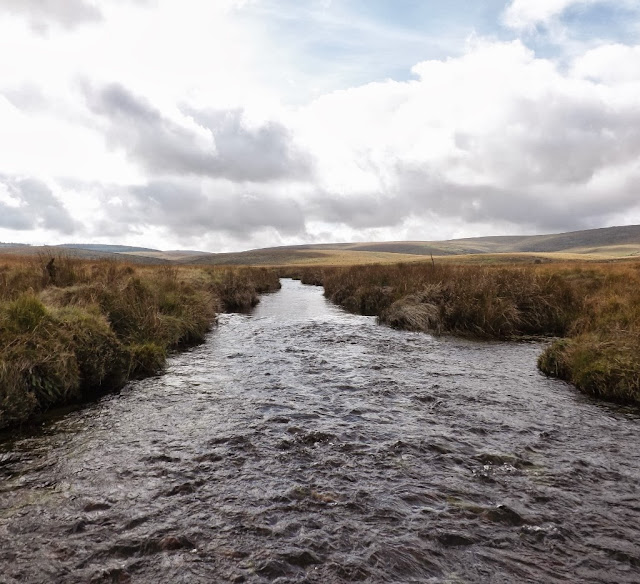 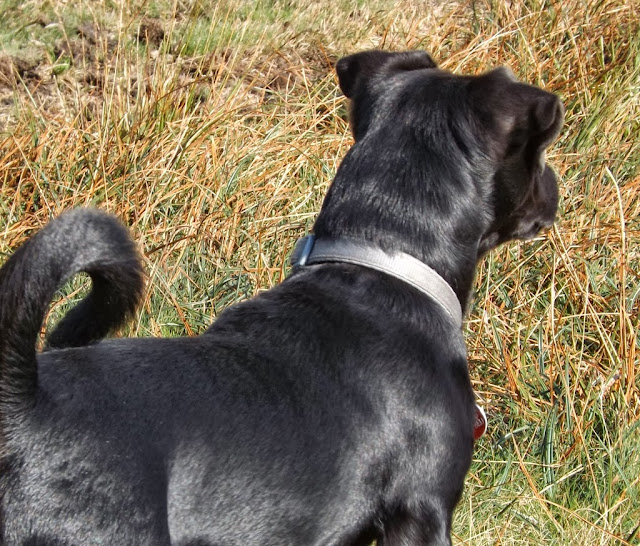 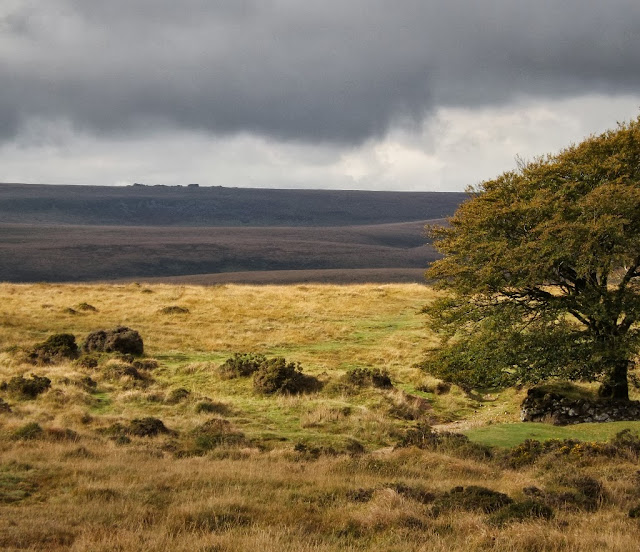 Storm clouds on the horizon 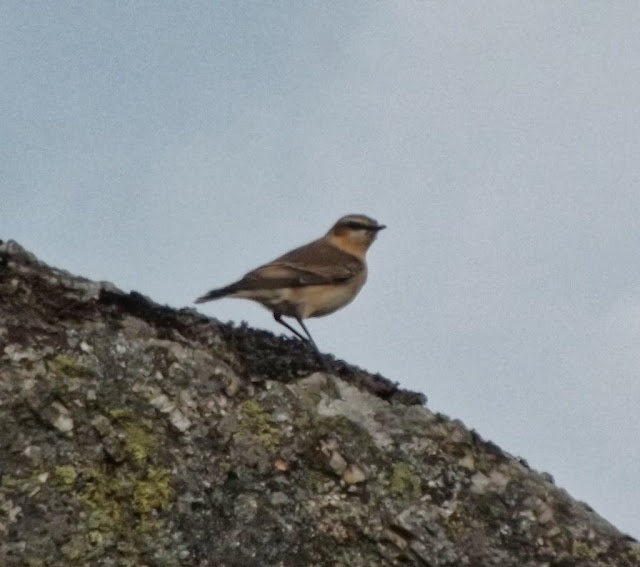 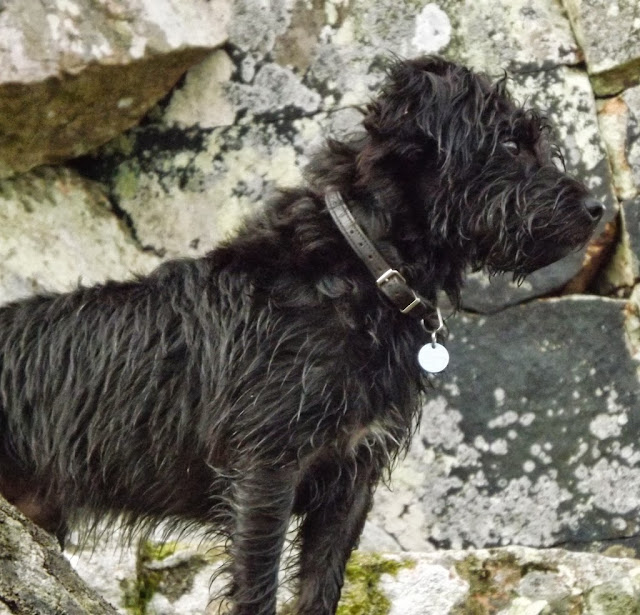 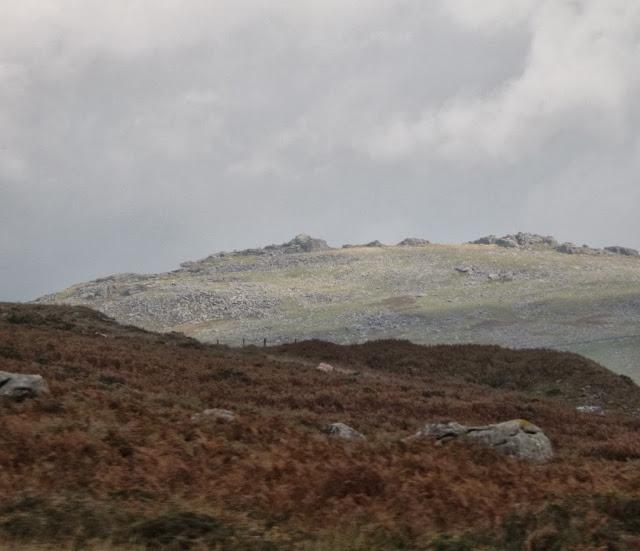 View from the car window on the way to Tavistock 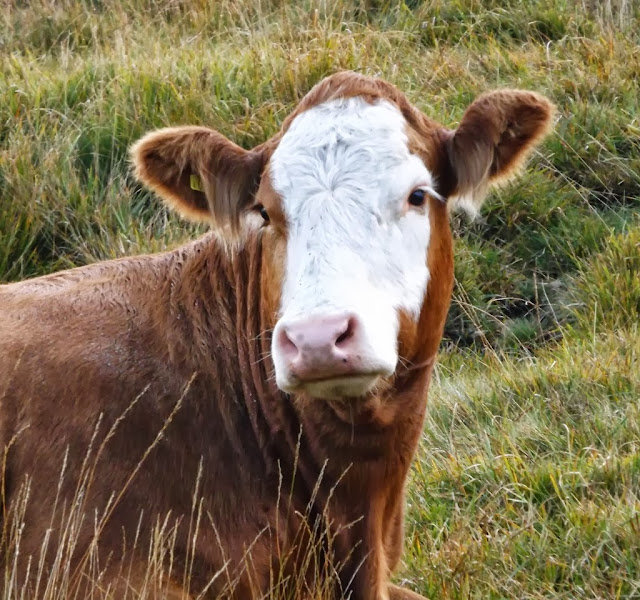 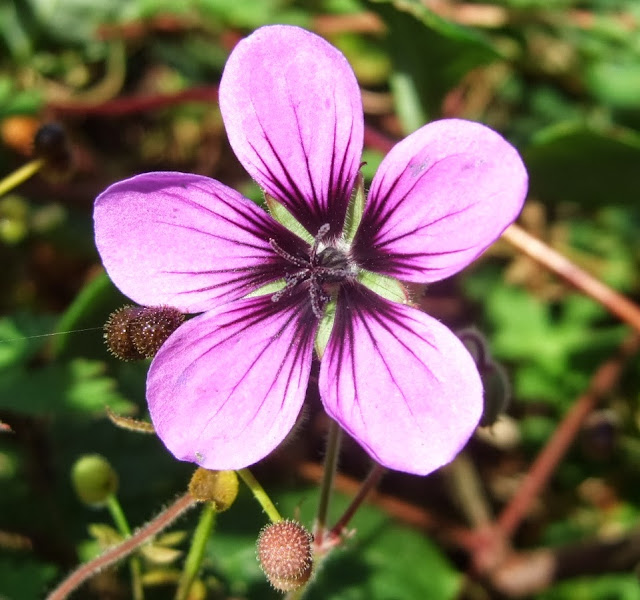 Last of the hardy Geraniums flowering

The Christmas cards are ready to go but I need to put them on Etsy, which means photographing them as a group, which I didn't have time to do today. I should sort it out by the end of the week; thanks for your patience. Lucky it's only October really. I should say that the international postage is horrendous which may well make them impossible for anyone not in this country. I couldn't believe it when the woman in the post office told me how much it would be. So, until next time, here are Snippet and Jack looking very wet after an unexpected downpour yesterday. 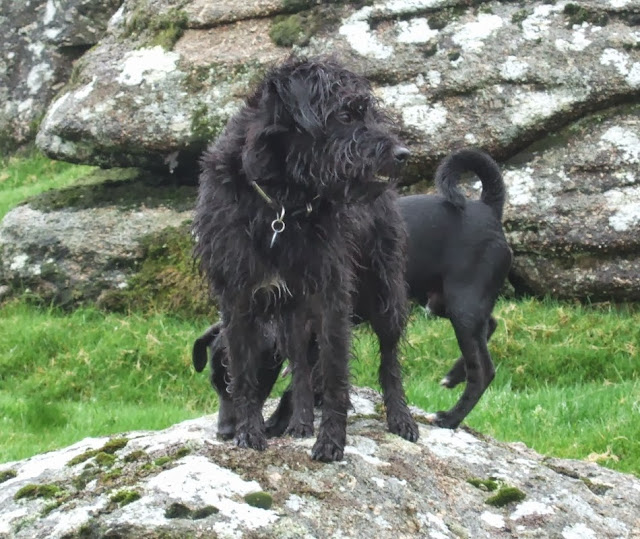