HIGH WINDS AND THE JUBILEE 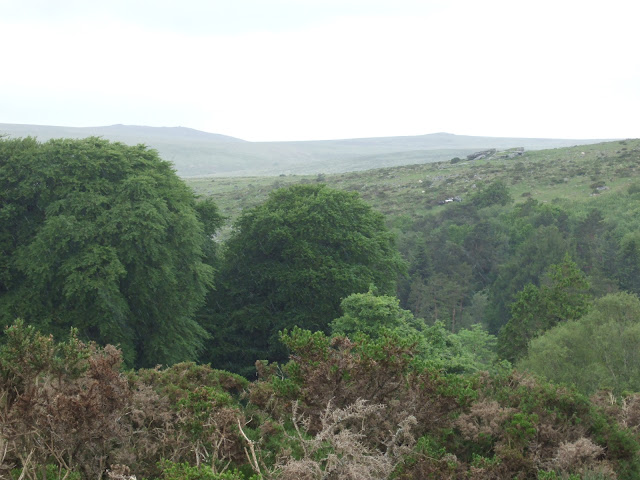 The winds have been staggering for the past couple of days. The strength of the majestic trees is amazing as they flex to the point where they should break, but don't. I say that but, on the way to town to buy some bread this morning, we encountered two enormous beech branches filling the road. A couple of phone calls later and the local farmer came up with a tractor and disposed of them like so much kindling. One was at least 18" thick and the road had been completely impassable. It showed how much power a tractor has when needed. Sadly, I'd left my camera on the desk at home having been changing coats through the previous day due to constant drenching.

The Jubilee was celebrated with the Tinners' Fair in Chagford on Saturday where my son and other pupils at the school performed a fantastic puppet show. Chagford was made a Stannery town in 1305, hence the Tin reference. It was a lovely day with the threat of rain that never actually arrived. On Monday we watched the Two Hills Race rather than run it. It's been going for 35 years and is a gruelling slog up and down Meldon and Nattadon Hills, mostly over stumbly rough ground and a section through a bog. 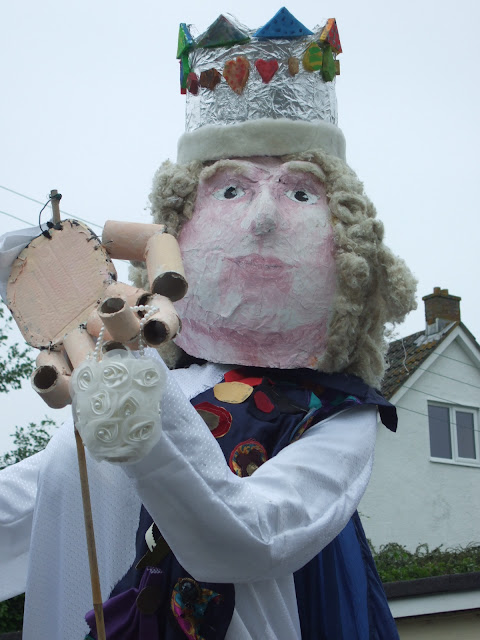 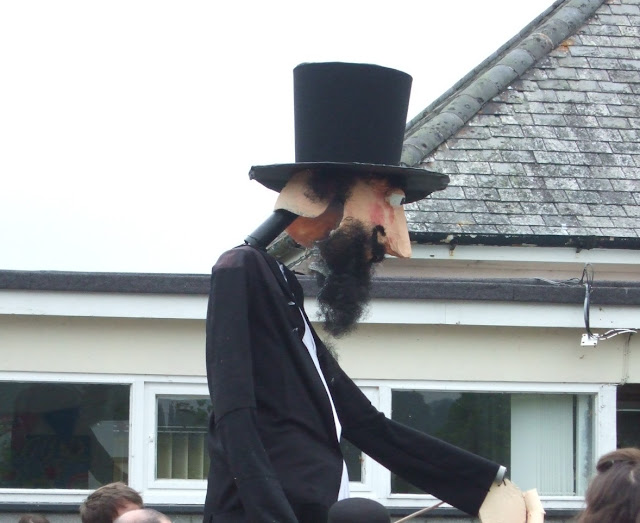 As usual, the half term holiday has restricted my walks and I have reverted to my role as social secretary and taxi. Birthday party and friends over while partner and I have tried to restore the kitchen after building works have finished. A series of minor disasters involving a slight size disparity between Ikea and other company's units have meant progress has been slow but tonight we had use of the sink for the first time in weeks. Hooray!

The gale force winds have had a rather detrimental effect on the garden. Huge clumps of wood Forget-me-nots, Columbines and my particular favourite, Billy's Button (Water Avens) have been flattened. Nothing I can do other than cut them back and hope for a second flush from the Billy's Button. Nice posy on the newly scrubbed kitchen window sill though. 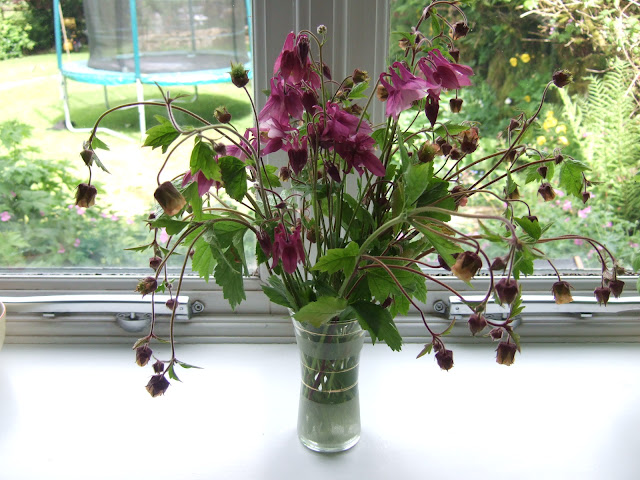 No work with Trigger this week but back to it next week in earnest. Rug on yesterday thanks to 'unseasonable temperatures' and torrential rain. I had my winter waterproof gloves on too. I had to include this beautiful Jay's feather, sadly the result of a predator's meal. Jays are very plentiful here and we often see them, despite their reputation for elusiveness. 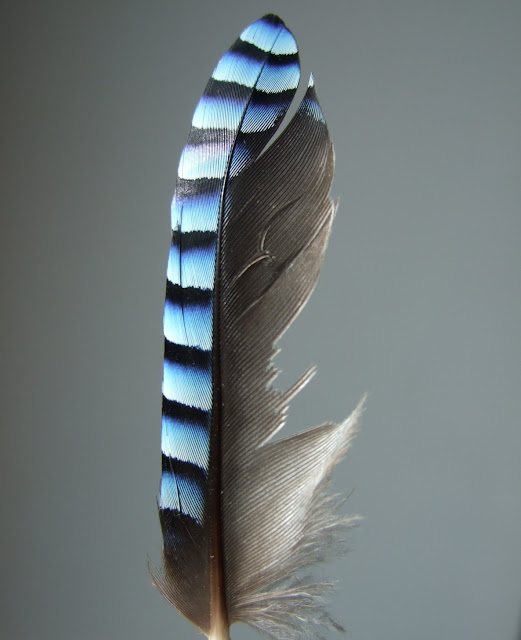 Just a few more photos from this week and I'll hope to have more to tell next time. 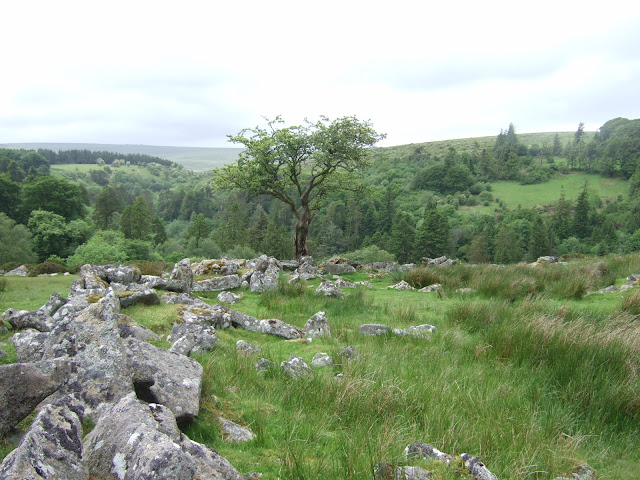 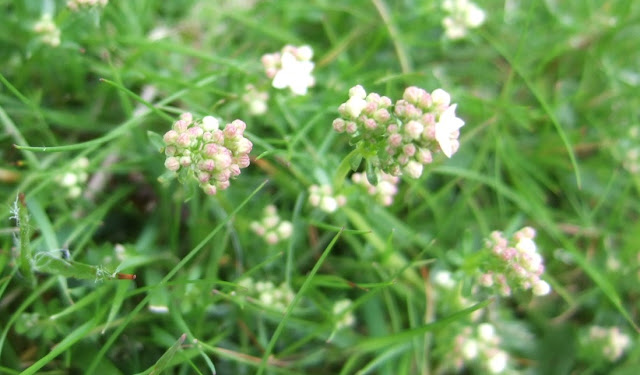 Heath Bedstraw flowering everywhere. Used between bed sheets in the past because of its beautiful smell of vanillary new mown hay when dry. I tried drying it but sadly that smell is eluding me.... 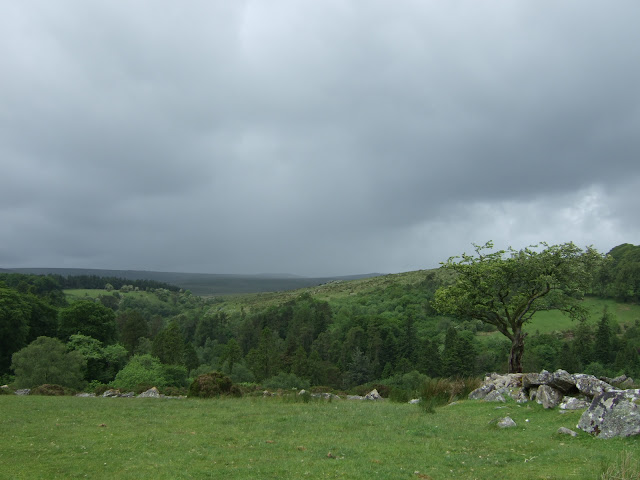 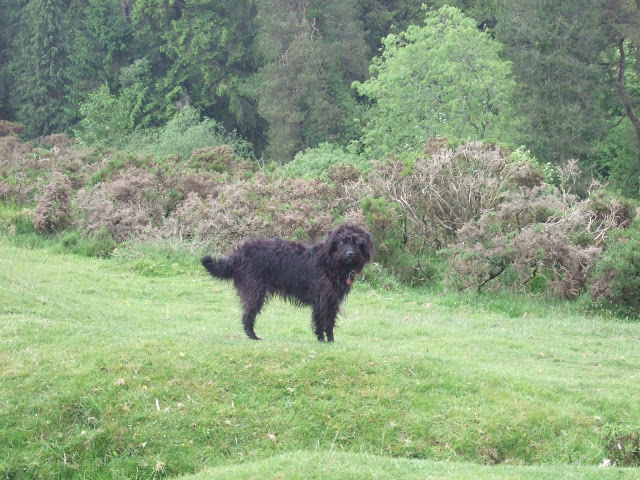 Have a lovely week.