A NEW TOOTH AND A SAD INJURY

I have been smiling a lot since 11.00 this morning when I got my new tooth. I lost one of the front incisors in my accident and have had a little plate with a false one for nine months now. Three months ago I had a titanium implant put in and today, the crown was fitted. My mum paid for it and I'm SO grateful. I feel like me again, despite the slight difference in colour; a little too white! I ate my first apple without having to cut it up.

The picture above was taken as I was on my way home from our walk, thinking I wasn't going to see any ponies. They were all hiding behind the rocks to get out of the unbelievably strong winds. Suddenly, this group all rushed to the crest of the hill. I did too, nearly falling over in the process. Thank goodness I'm usually alone out there. They had obviously heard Betty and a little gang approaching and had come to greet them. It was lovely seeing them all moving so fast and being so alert given their usual quiet grazing habits. Here are a few more pictures of the event. 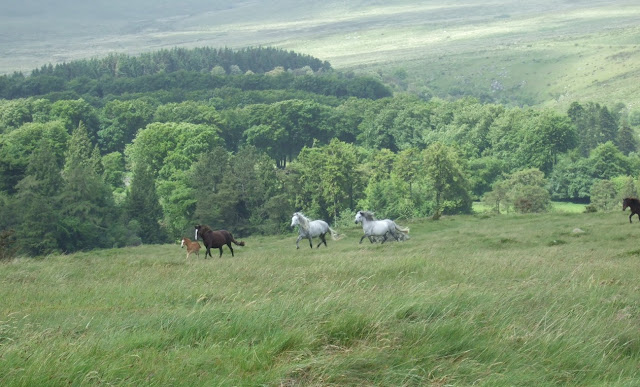 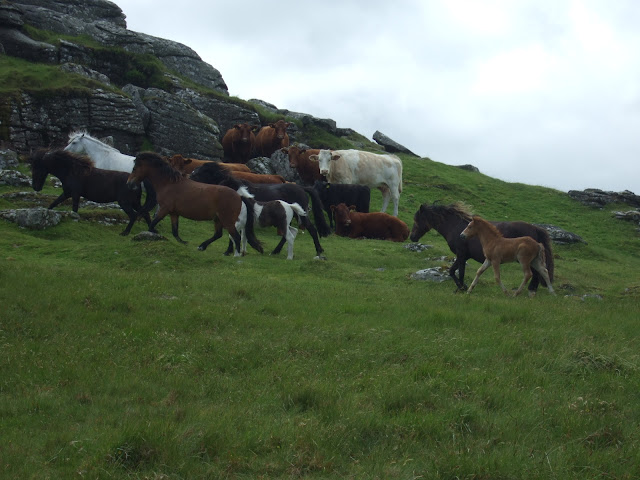 Yesterday morning, whilst out with Snippet, I spotted a yearling filly hanging around on her own which is very unusual. Later that evening I noticed she was lame and had quite a bad gash on one of her hind legs. Some phone calls later, a local farmer put her in one of his fields bordering the moor whilst they try and find who she belongs to as she's too young to have been branded. Today she doesn't look great and the theory is she was probably hit by a car. I don't know how anyone can do that and not let anyone know. The brutal reality is that it isn't financially viable to treat her and she will most likely be destroyed. This is one of those times I wish I had land and unlimited funds, and could take in all the waifs and strays. I don't think I have a picture of her although she's probably in the background of something I've taken. I'll go and check on her tomorrow but she was out of sight this afternoon. Very sad.

A friend, the podiatrist who trims Trigger's hooves, has started a great web site selling photographic prints, the profits from which all go to Macmillan Cancer Support. Do go and have a look if you have time. It's such a great idea and lovely photos too:

Today, I watched a skylark trying to do its vertical climb and failing miserably thanks to the wind. Poor thing was blown sideways, still singing stoically. I felt guilty laughing but it was quite funny.

Sorry to go on about the black slugs but they are really fascinating me at the moment. With the damp weather they are absolutely everywhere again and eating the most bizarre things. I found five munching their way through a small stinging nettle plant, two 'fighting' (very slowly) over a dog poo and this one crawling over and consuming a gorse bush that would have most of us shouting "ow!" at the slightest touch. I think I need to find out more about these little terrors..... 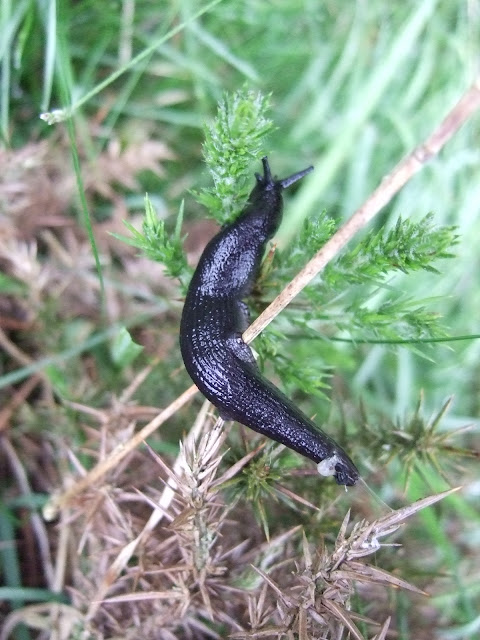 Here are some more photos from today and have a lovely weekend. 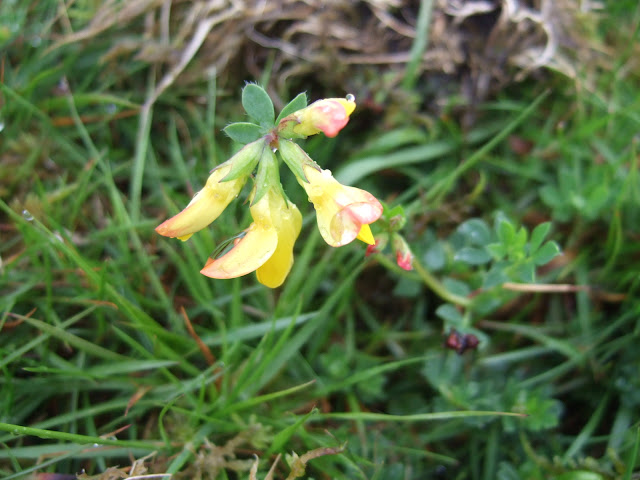 Bacon and Eggs (Birdsfoot-trefoil), out now in the grass 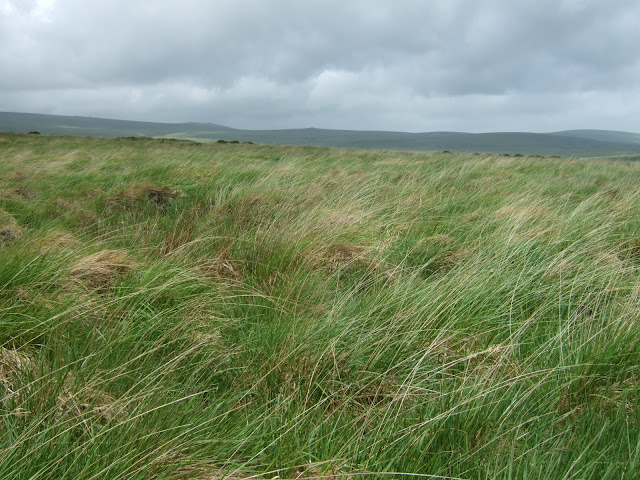 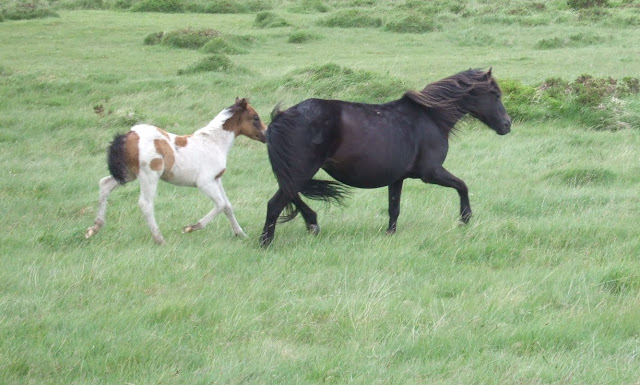 Foal number four and her mum in the wind 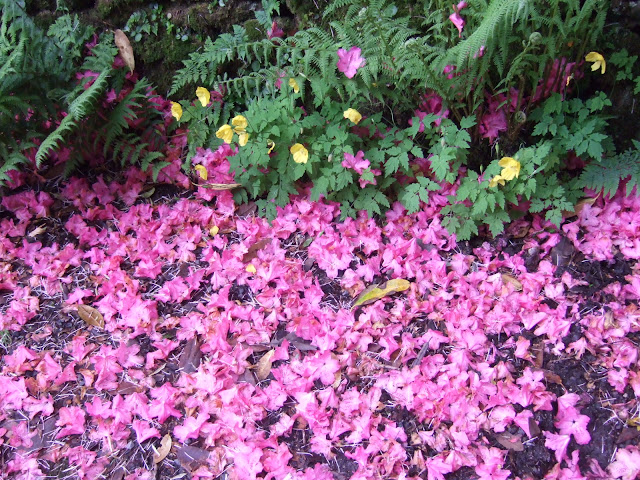 Our neighbour's Rhododendron flowers blown off 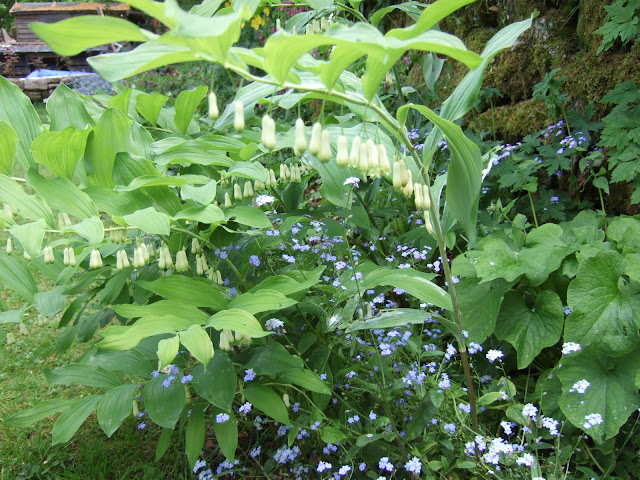 Solomon's Seal in the garden