PONIES IN THE WIND AND THE SHOP IS OPEN AT LAST

What strange weather today; dark skies but no rain; fierce wind and a real chill in the air. I've just got back from a short walk with Snippet where we encountered every pony I've ever featured careering down the road and ending up at the bottom of the drive that leads up to our tiny group of houses. They all have the wind up them and I took a great film which, for some reason, refused to download off the camera. Technology.... 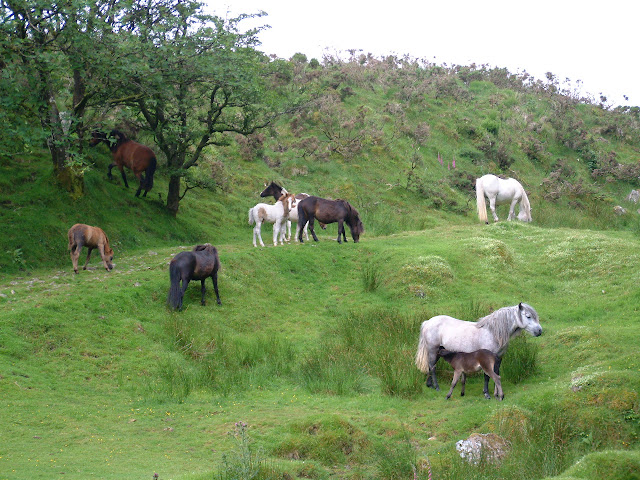 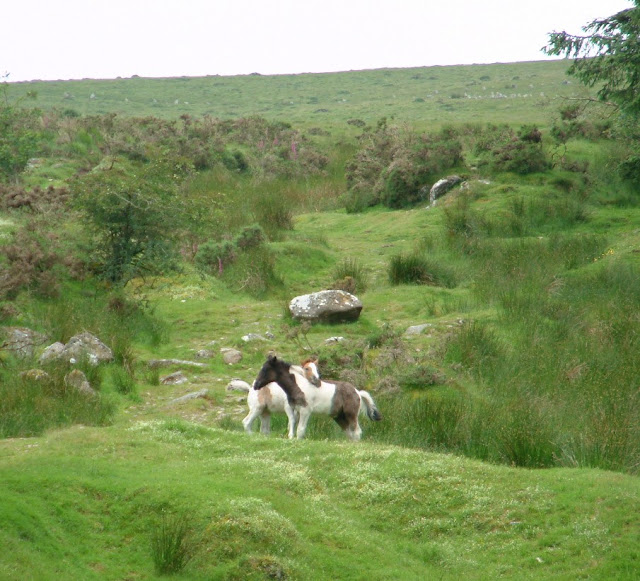 Included in the herd were a mare I don't know very well and her foal, who have slipped through my foal directory net! Another coloured one, probably born a couple of months ago but new to me. Here he is. 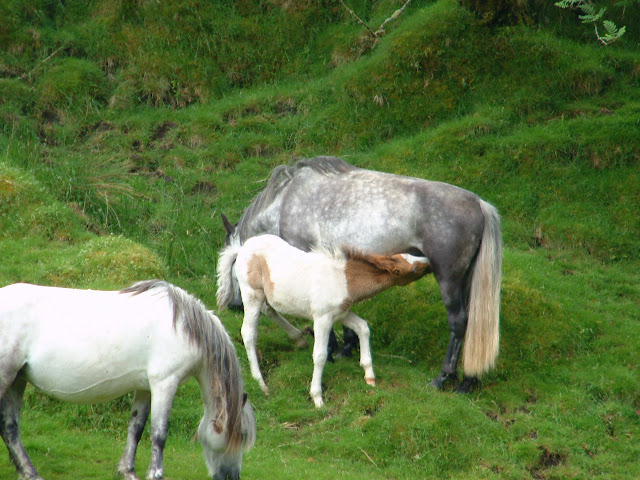 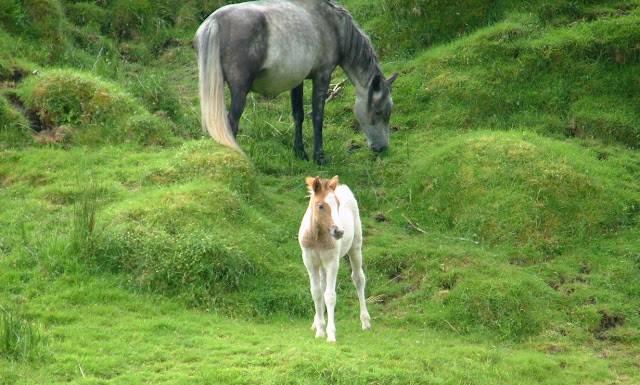 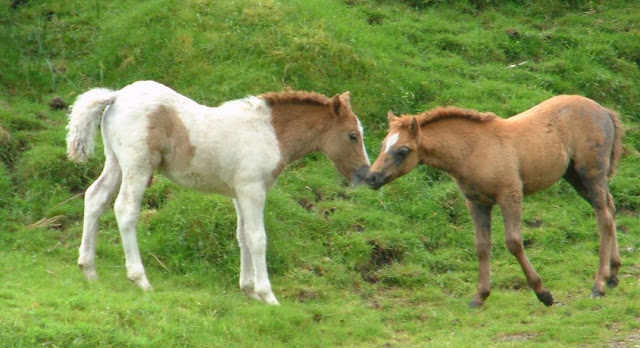 Foal number nine with five (I have done the foal directory and very useful it is too!)

I needed a break today after spending a great deal of the morning getting the Etsy shop up and running. At least I think I have. I've managed to get two drawings in so far: Sleeping Foals and Dartmoor Lamb. Both have printed really well but the Sleeping Foals image on the Etsy page is dreadful. I'm going to have to see if my partner (an expert in these things) can try and do something with it in PhotoShop or no one will ever order it. I'm loath to put a link here for you to look at because it looks so rubbish but here goes anyway...

I don't have very high hopes but you never know, this time next year.....

A couple of people have asked about the chick pea recipe I referred to in the last post which was very delicious, despite the lack of bacon. I've just worked out how to put it on a separate page so it's on the right near the top under 'PAGES': Spicy Vegetable and Chick Pea Casserole. Highly recommended. If you like sultanas in your meals (I don't), feel free to chuck in a few at the cashew stage.

I took Trigger out for his first walk as the new dog and to do his prescribed barefoot tarmac work yesterday. A couple of little cracks have appeared on one hoof so I'm having to be careful and resist the temptation to start major rasping myself. He's being done next week anyway. Pictures are more of a challenge with a large equine on the end of a rope but here are some other shots from this week. 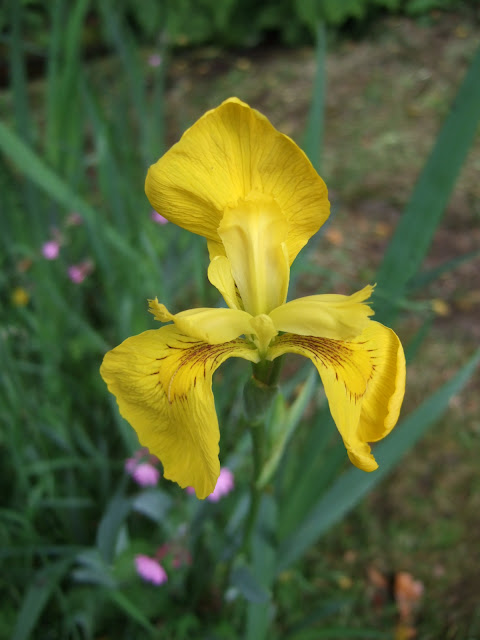 Yellow flag on the way to Trigger's field 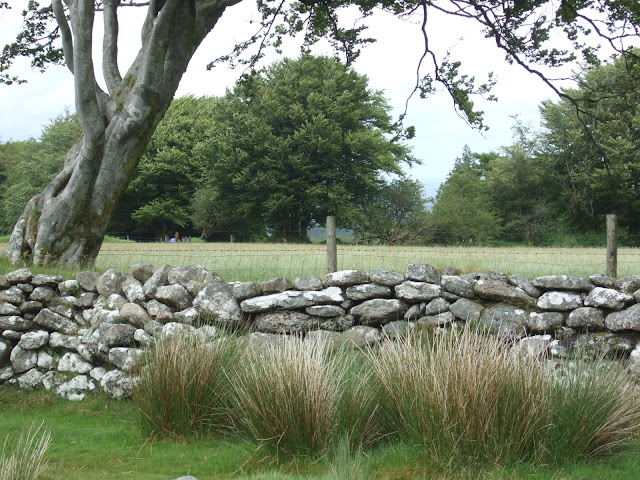 Trigger in the distance from out on the moor 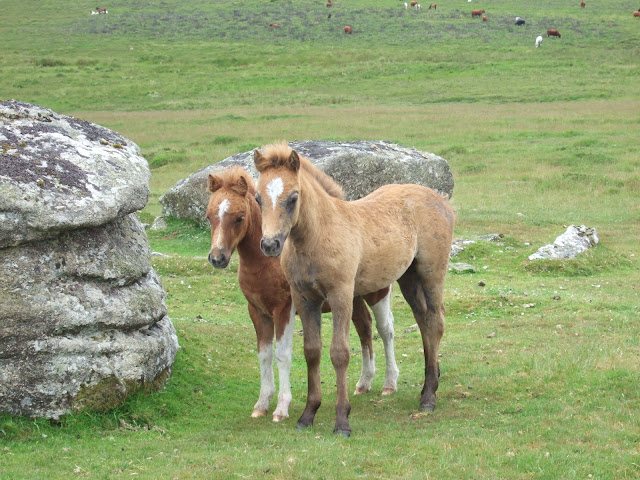 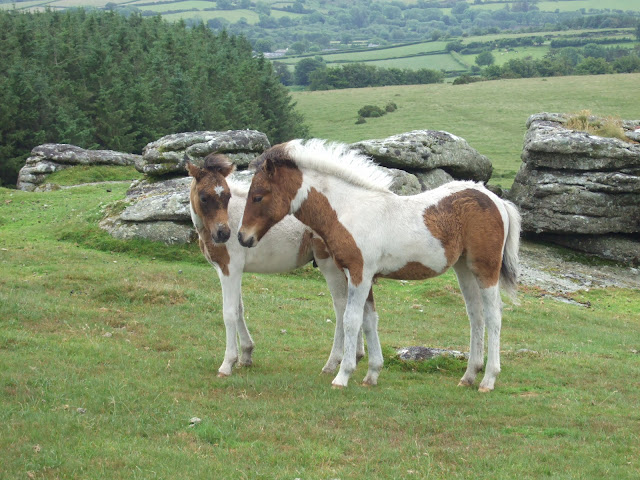 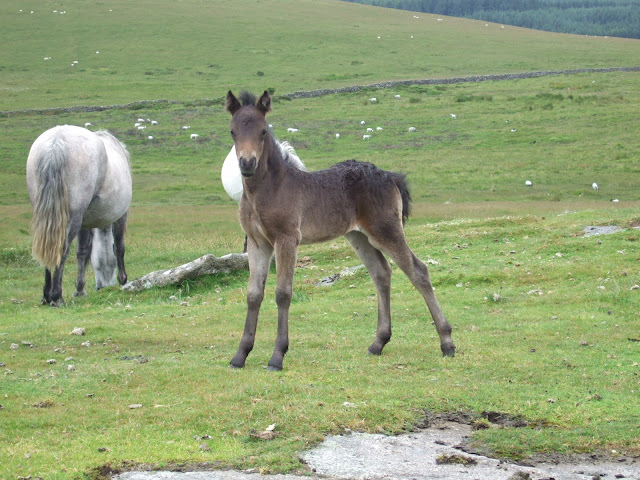 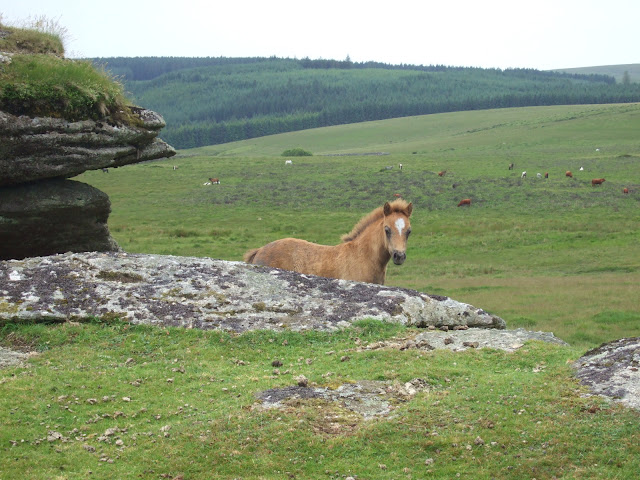 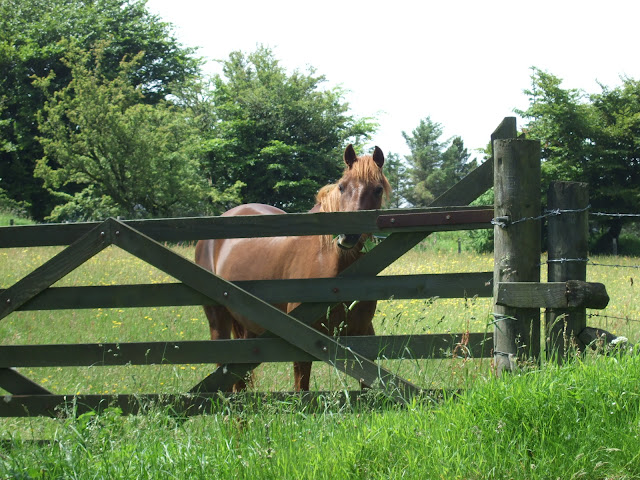 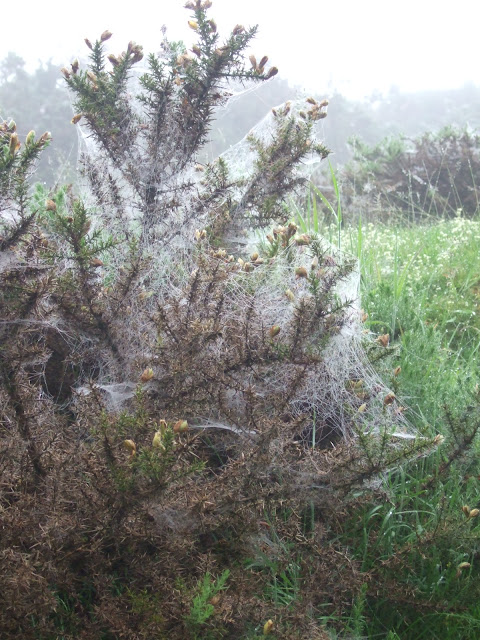 And finally, this is a hardy geranium I've waited well over a year to see. I bought it on ebay from a lovely lady who specialises in dry shade plants without actually seeing it. the name 'Splish Splash' appealed so I took a risk. Isn't it gorgeous? A risk worth taking and a really good healthy plant now. 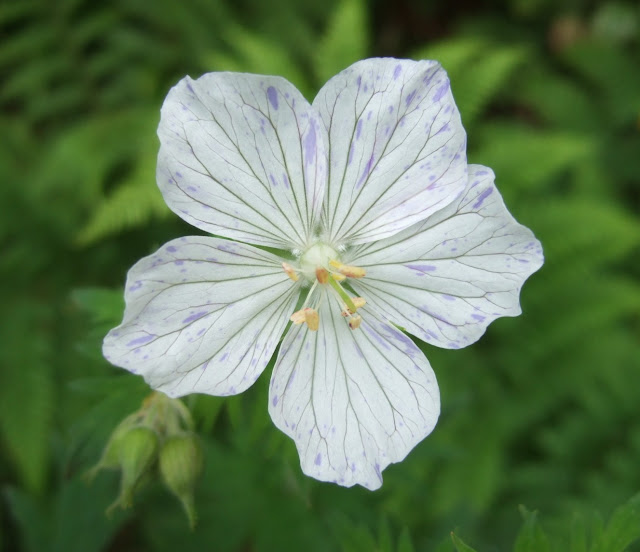 I've signed up to help at the school fair tomorrow writing signs and running the coconut shy for a couple of hours. I'm not sure being around small children throwing heavy balls around is a great idea with my back.....what was I thinking of when there was a book stall to work on? Have a great weekend.