FIRST BLOGGING ANNIVERSARY AND THANK YOU ALL 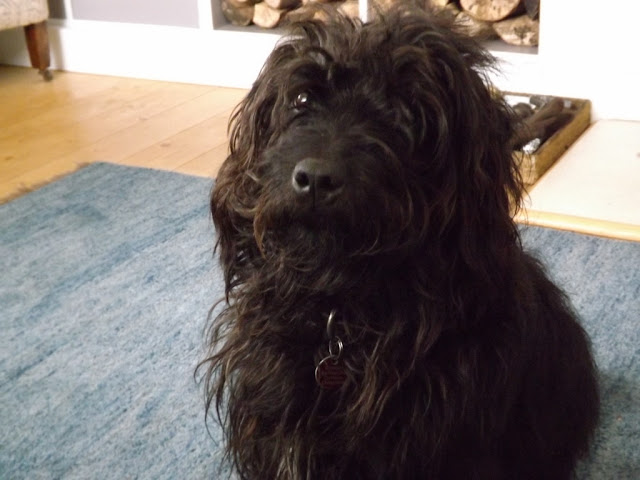 Today, one year ago, the 29th of March, I wrote my first post. I wondered if anyone would ever read it and whether I'd be able to think of anything to write about or photograph. I must admit that it has become an important part of my life and an incredible help in filling the gap that not being able to ride any more left. I'm so grateful to every one who follows and leaves comments. I've met some fabulous people, if not face to face obviously, and found huge support in difficult times. I never expected that when I started. I imagined it would be a lonely experience, speaking into a void but how wrong I was. Thank you all. Today has been a good day, culminating in a Chinese takeaway from Exeter; a rare treat when you live where we do. Yesterday wasn't so good when I realised I couldn't find my purse and my precious glasses that I use for computer work broke. I have no idea what happened to the purse, but I've cancelled the cards and will be okay without the 27 pence it contained! The week old  drivers licence and photos of Origami boy as a baby are more of a wrench. The glasses have been mended with a plaster, Jack Duckworth style. Coronation Street is my secret indulgence....not so secret now. Amongst the relative rubbish are characters that have made me cry and laugh. No other soap like it. Probably best to stop there I think! Here are the glasses; not a great look for the school library. 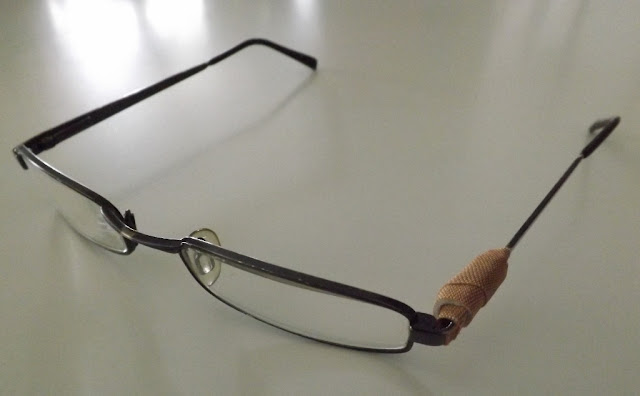 Triggers 'companions' are still staying away but at least I've found them amongst the gorse forest now. I was starting to get worried that they'd somehow managed to escape. I would not have been popular. Here's one of them, skulking and looking warily at me. 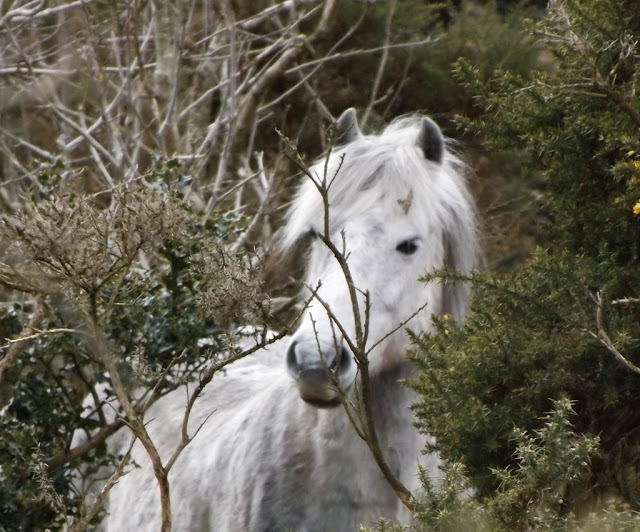 And Trigger eating his breakfast off the frosty ground. He prefers that to a bucket so I just tip it out now rather than watch him chucking it about with his nose. 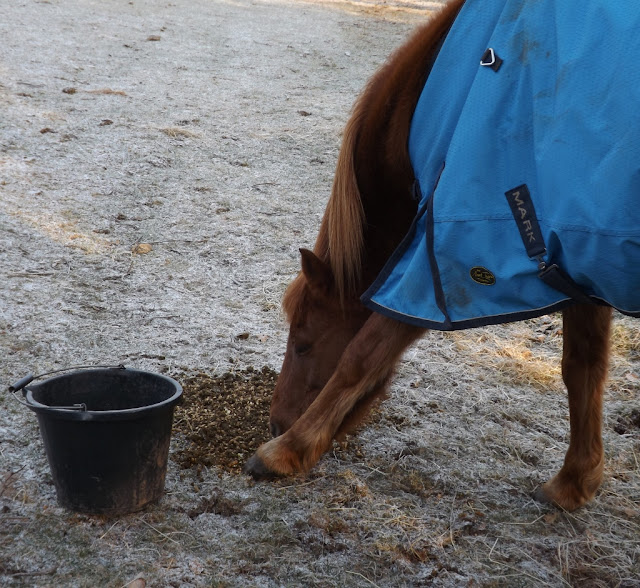 On our way back from the school Easter service yesterday, Origami Boy and I followed Daisy up the drive on her way to her late afternoon and night time residence. She's getting very slow now. 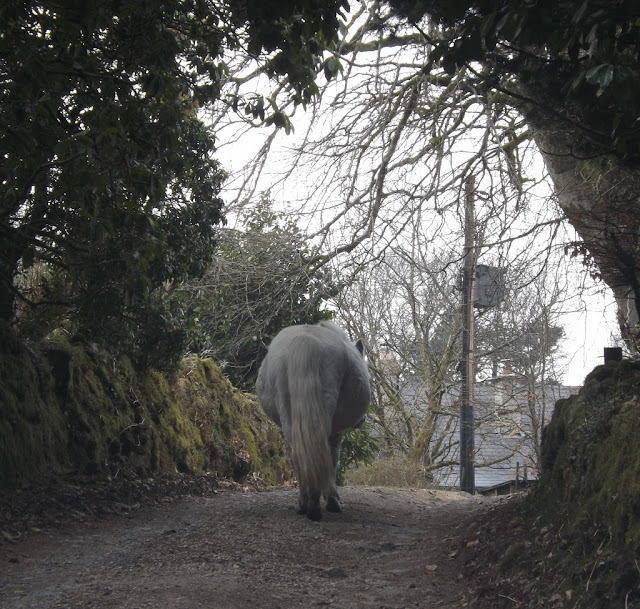 She was out on the moor this morning again looking rather beautiful: 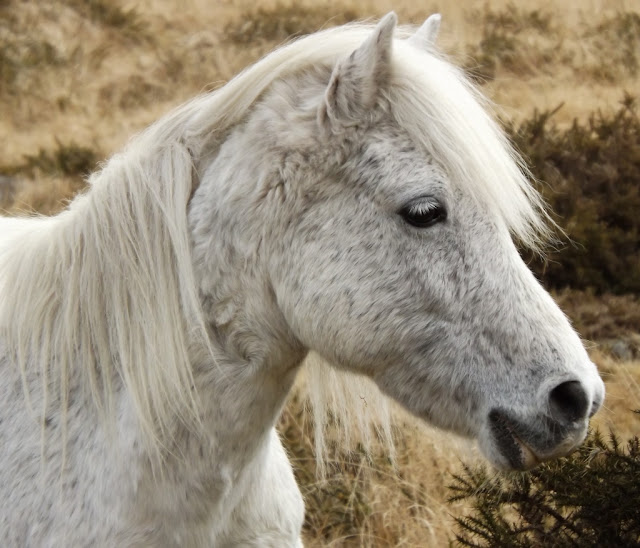 A few more pictures from the last couple of days: 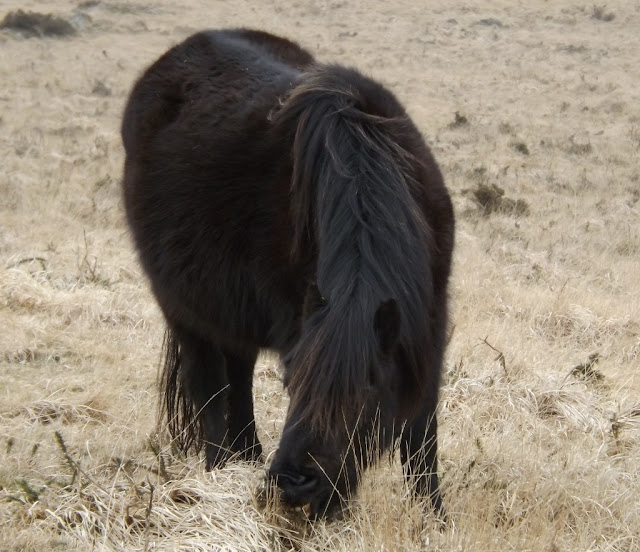 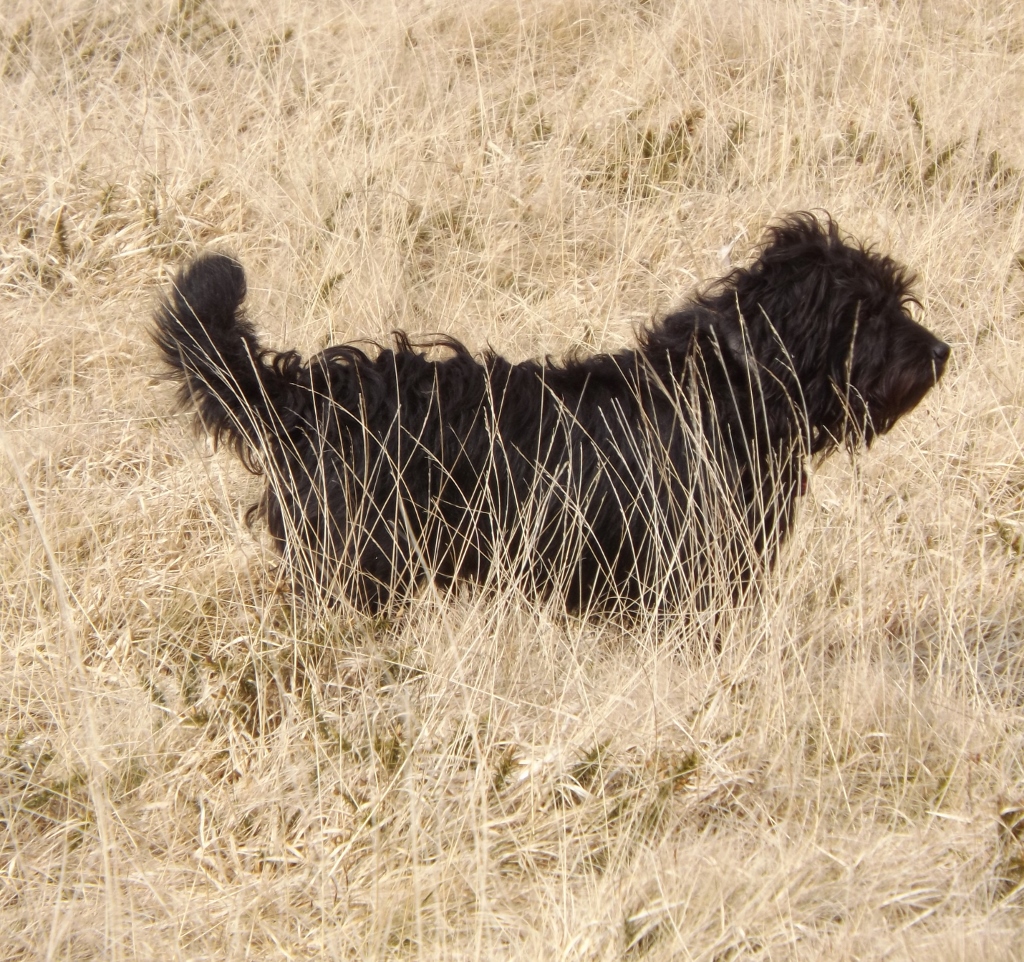 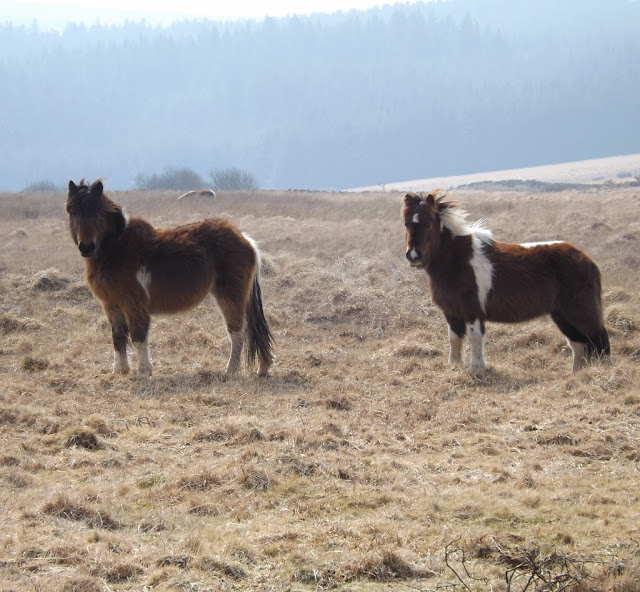 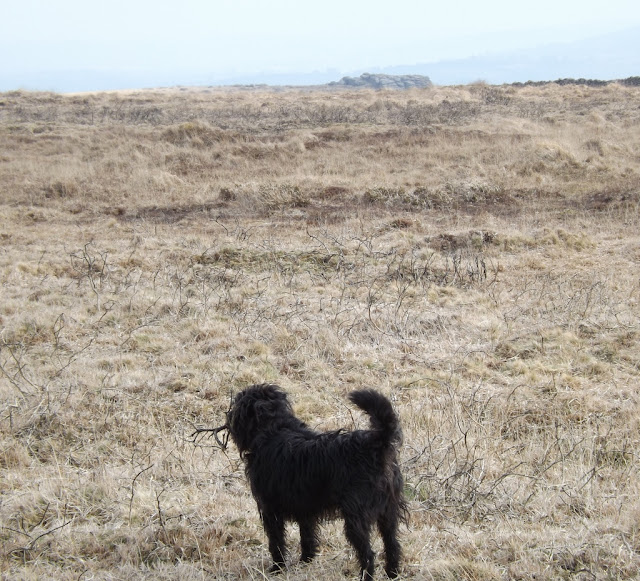 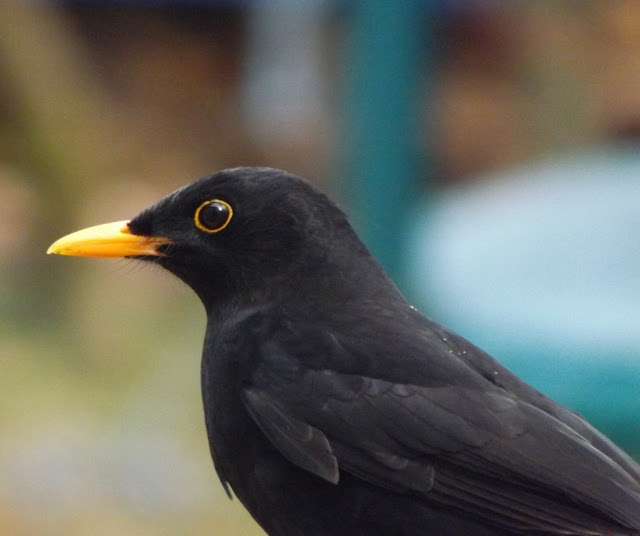 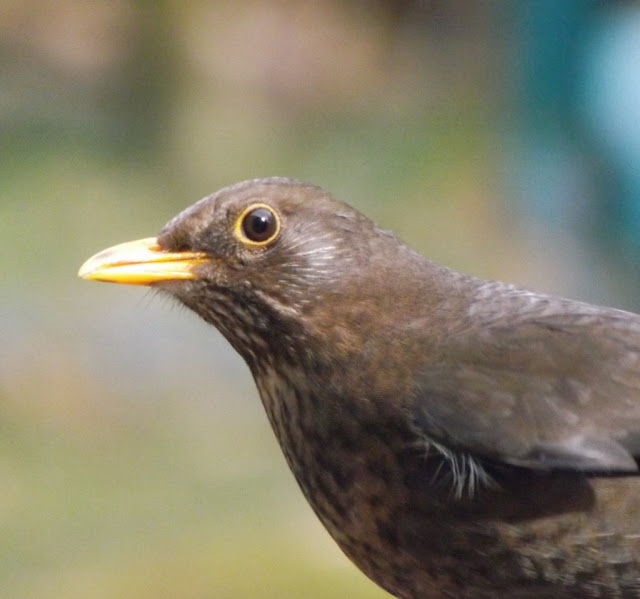 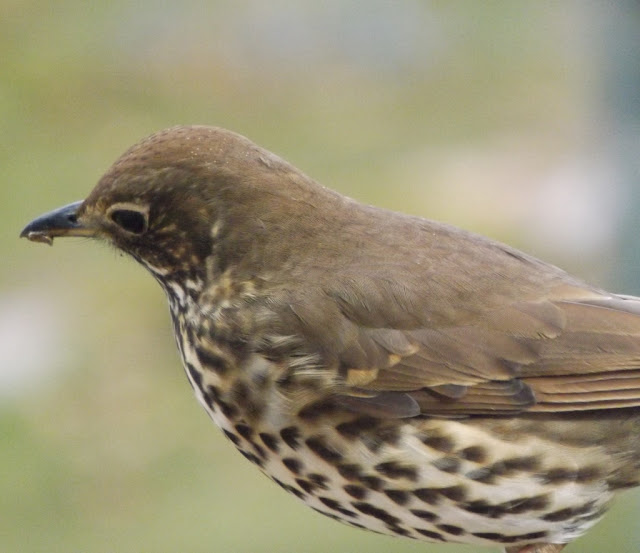 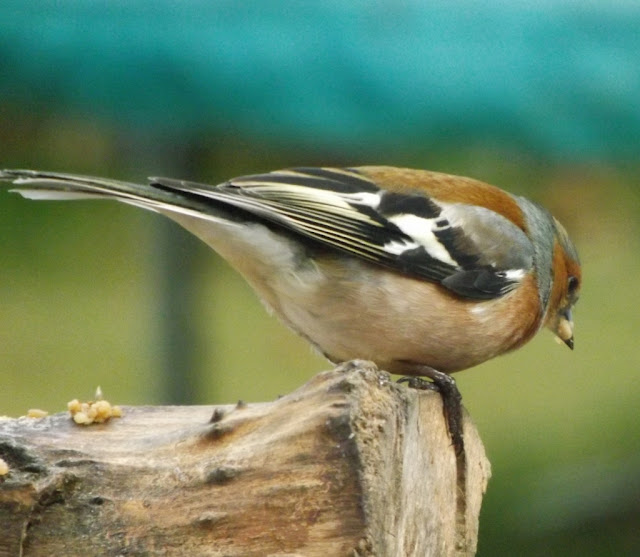 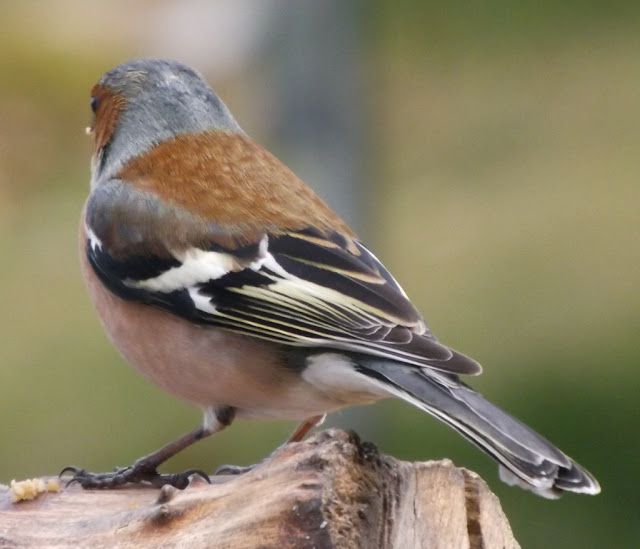 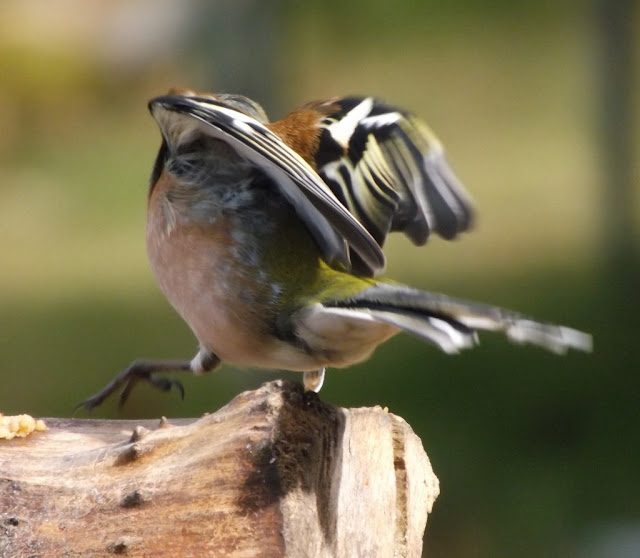 I hope you all have a great Easter weekend and thanks so much again for following and reading this. How strange that I have 52 followers after 52 weeks.....until next time, here's Snippet with a stick today. 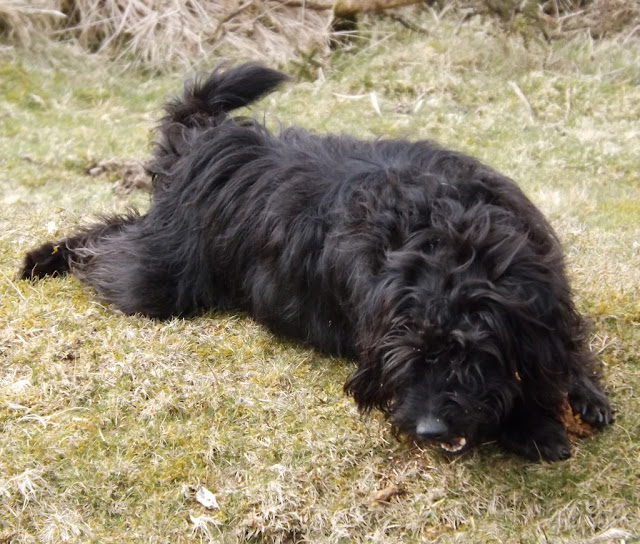