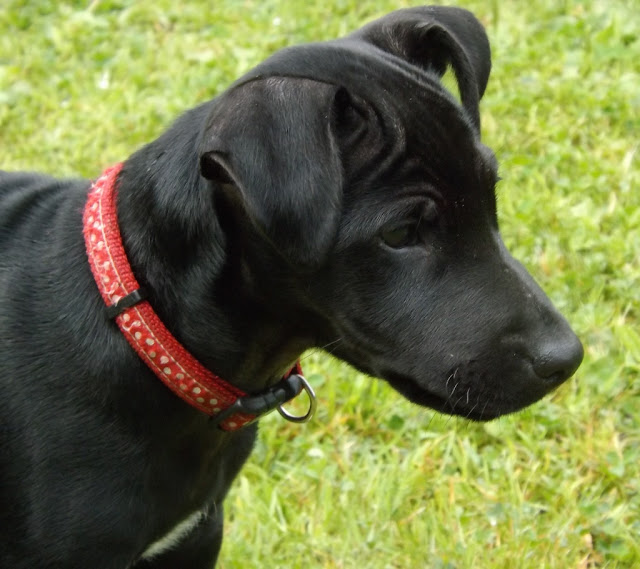 So much for waiting till after we went away. This is Jack. On Saturday night, I was looking on all the doggy web-sites for puppies that would be ready the week we got back, and happened to see Jack. He was 13 weeks old and his owners had had to make the heartbreaking decision to find him a new home, as he didn't get on with their other dog. We talked about it overnight and, on Sunday morning, I emailed to see if he was still available. I talked to the owner in Somerset a couple of hours later and after some frantic phoning of potential house sitters when we're away, they agreed to stop in on their way to Cornwall to see if he and Snippet got on and to check us out too. I'm so glad they felt like that; some people might have just handed him over to anyone. That evening, they met in the rain and clicked. So Jack stayed. We are keeping in touch by email as they really miss him. I'm not surprised - he's a fantastic little dog: Patterdale with some Jack Russell. We really weren't expecting to have another dog so soon but sometimes that's the best way. Sorry If I haven't been posting or commenting over the last couple of days....it's been a bit frantic. Jack is pretty much house trained already and, thanks to it being summer, we can just leave the door open for him to trot in and out when he pleases. Here are some more pictures..... 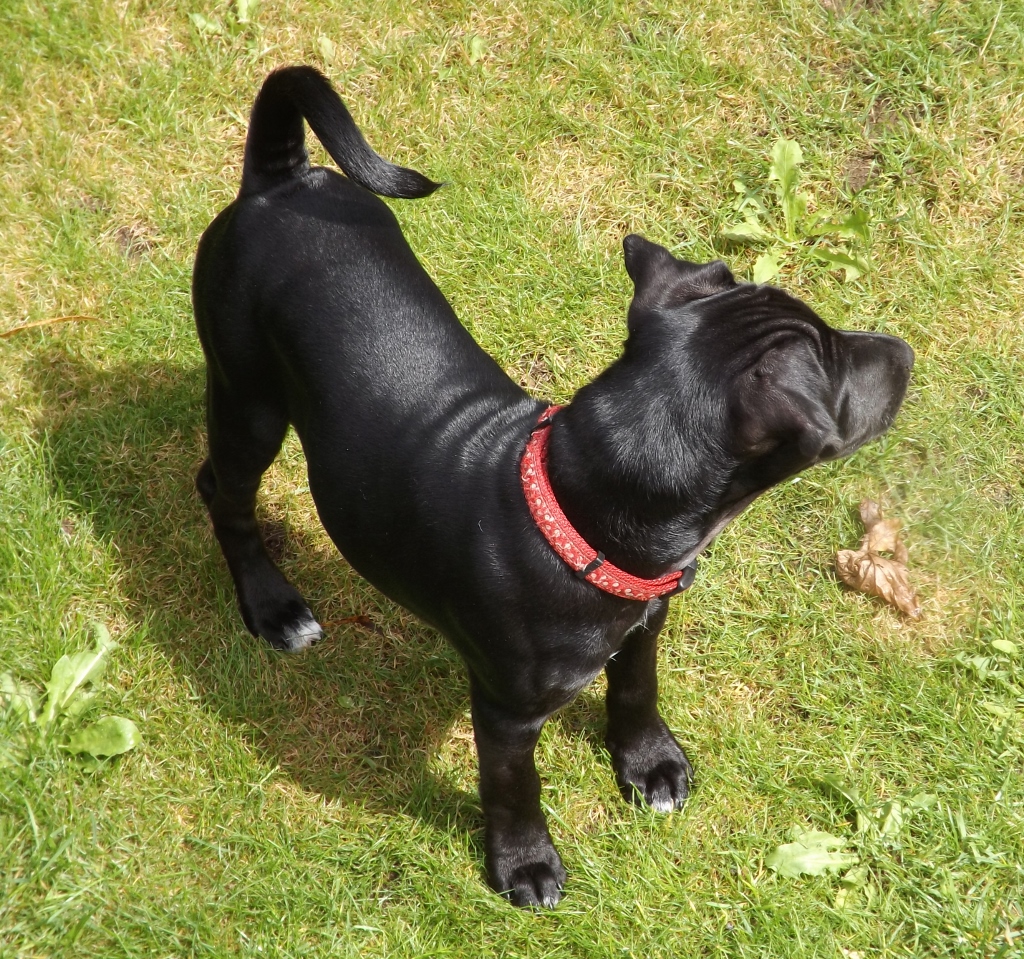 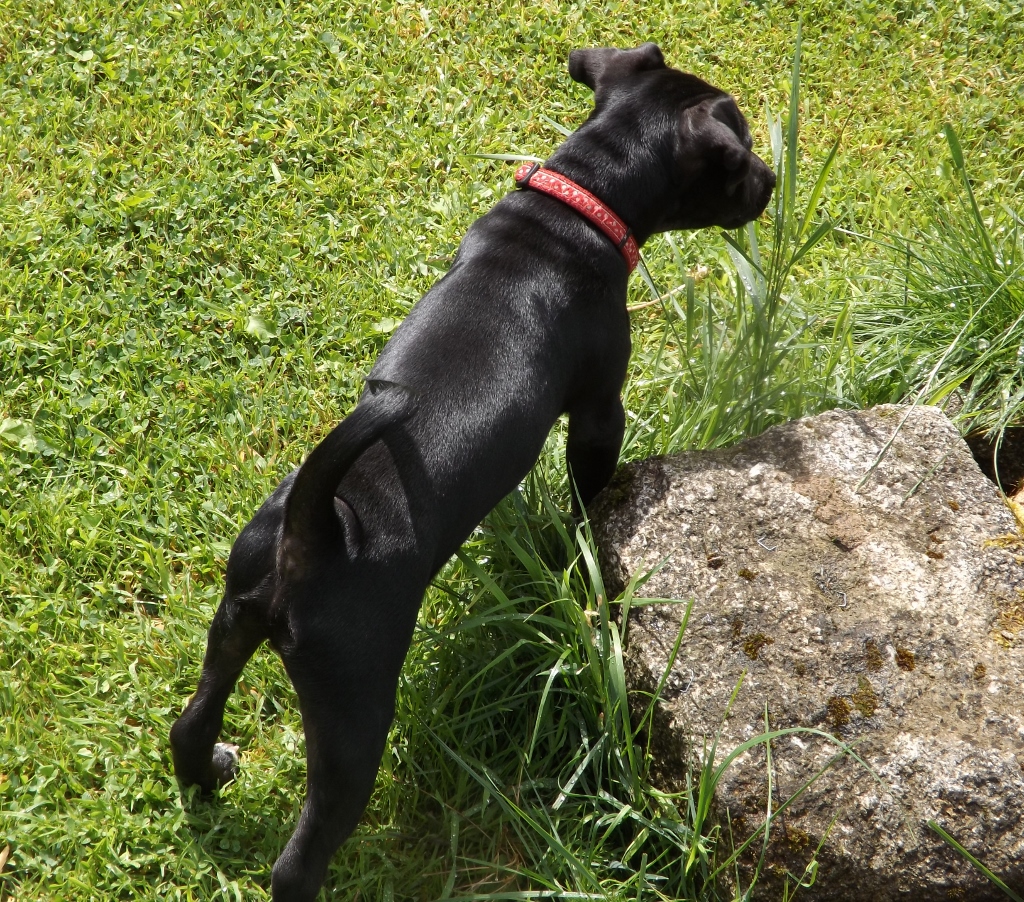 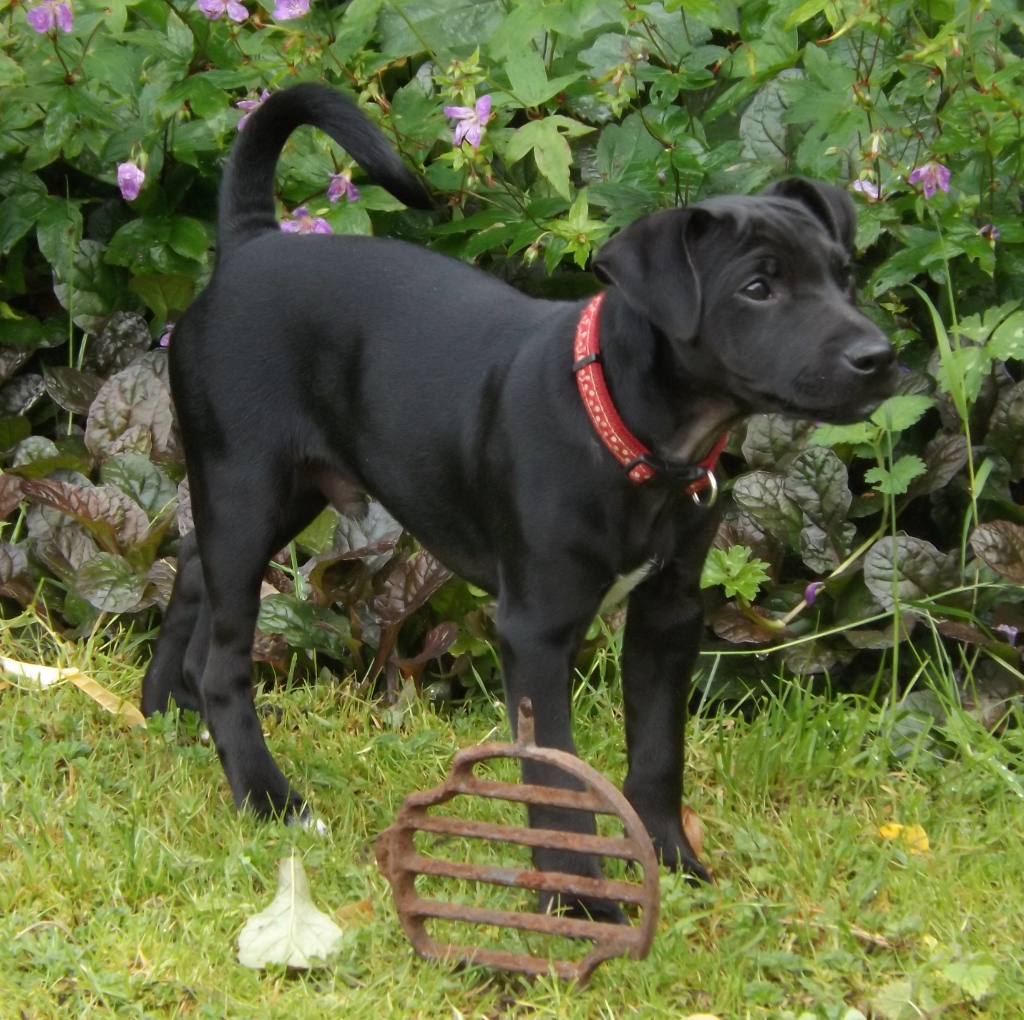 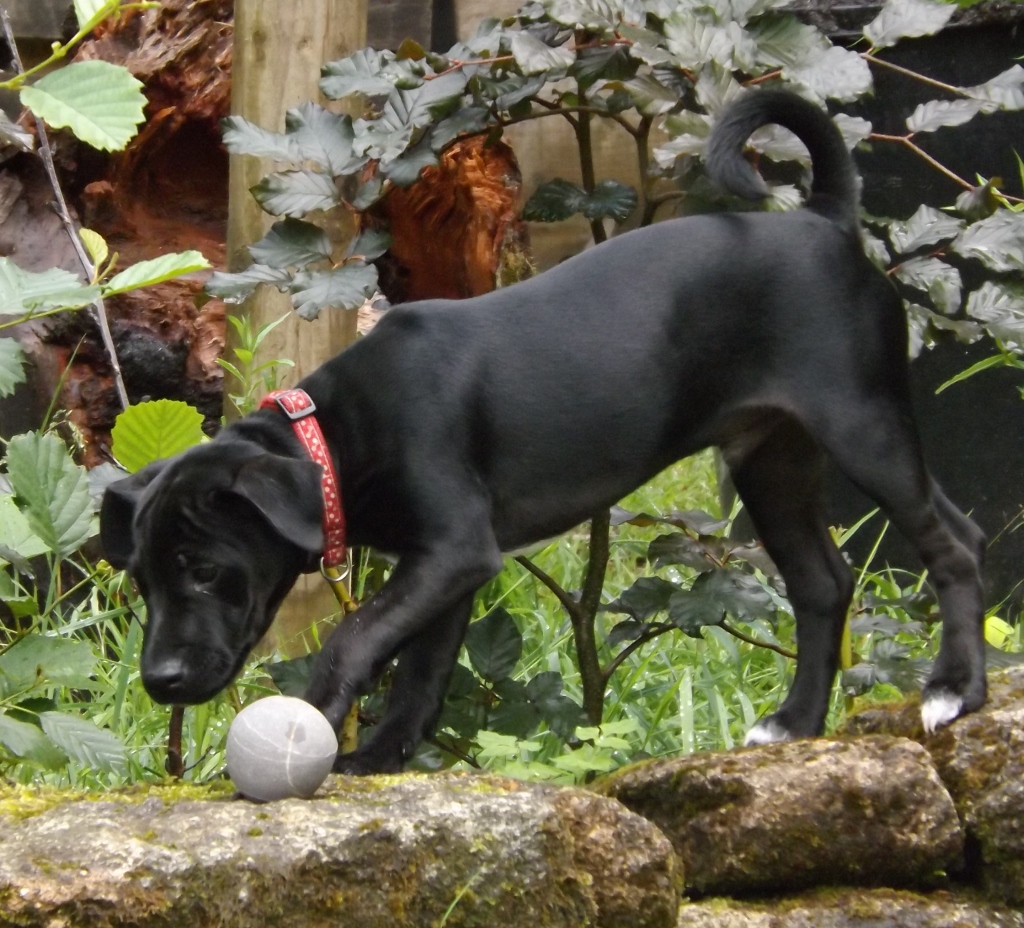 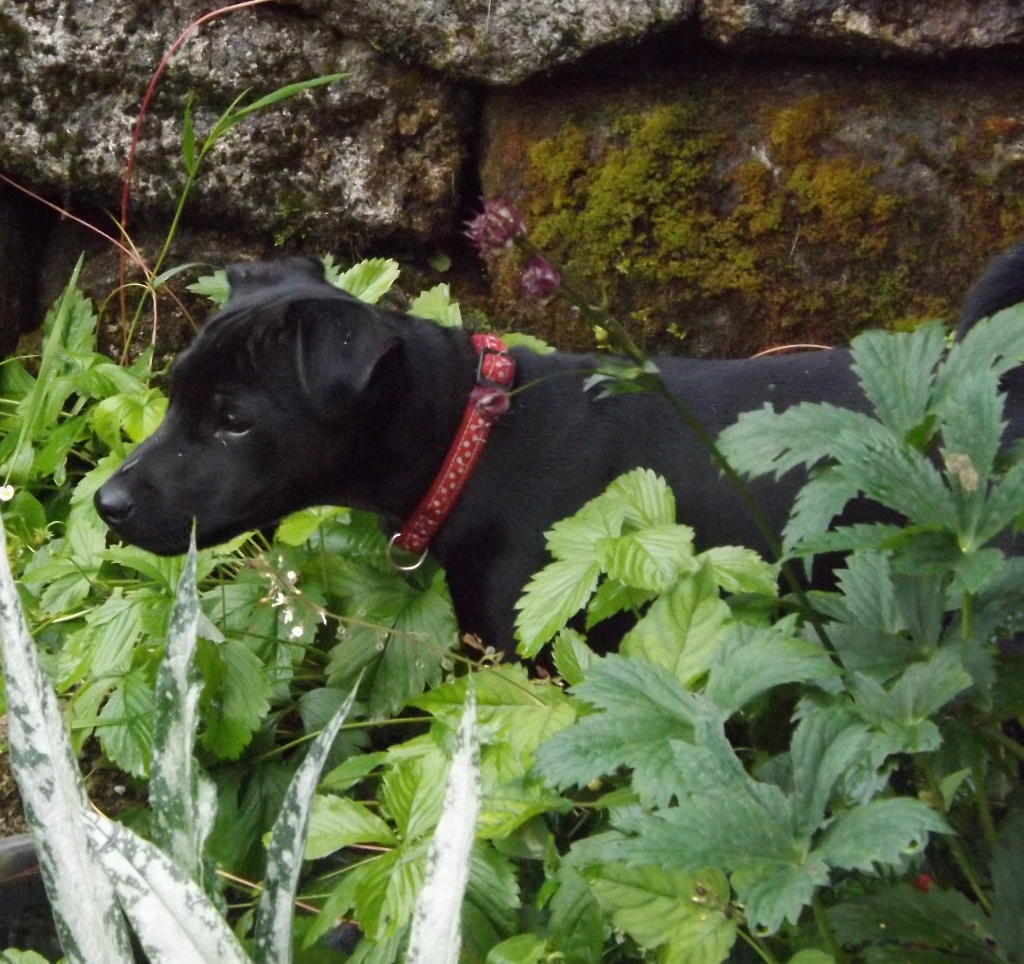 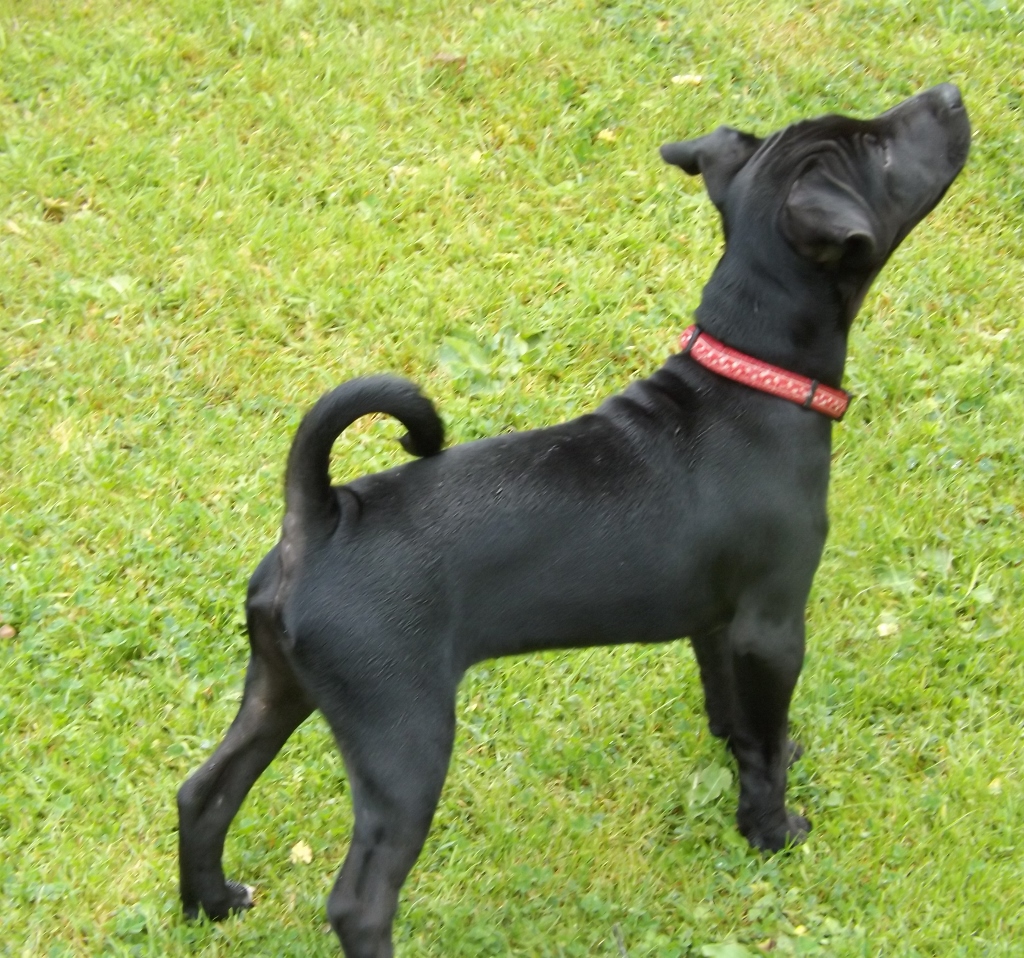 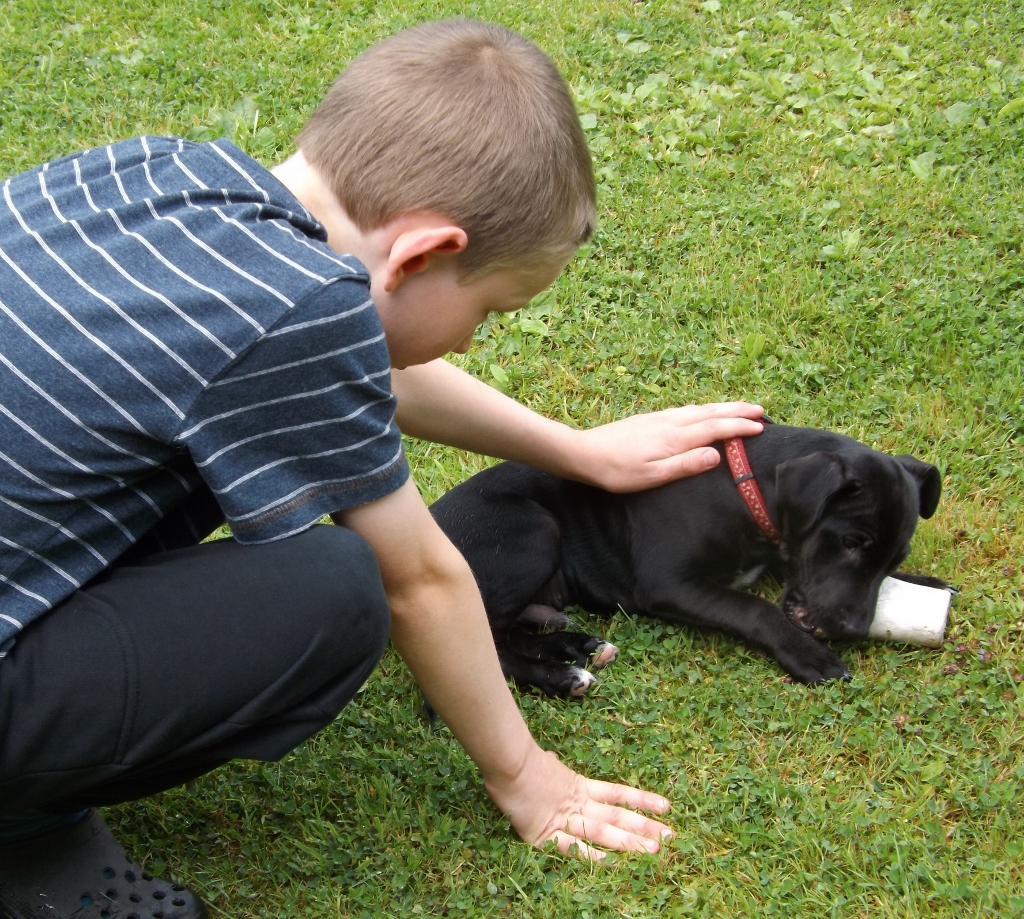 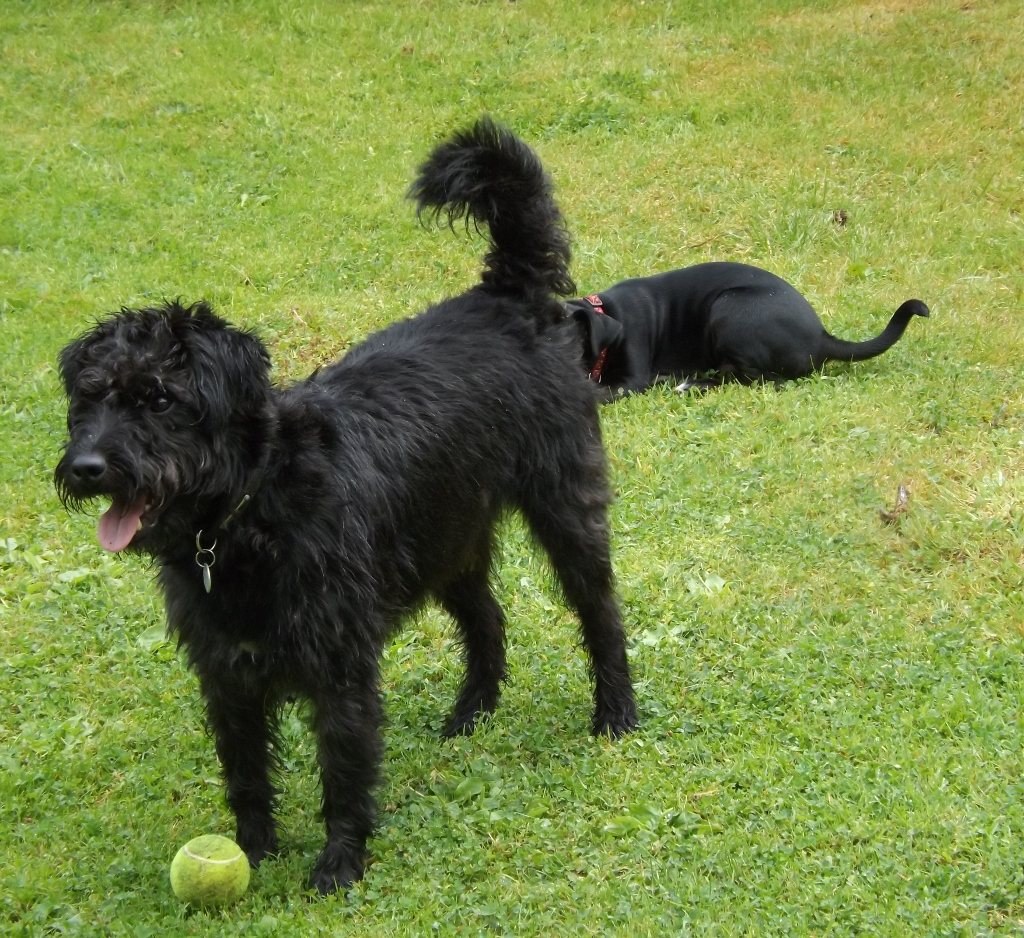 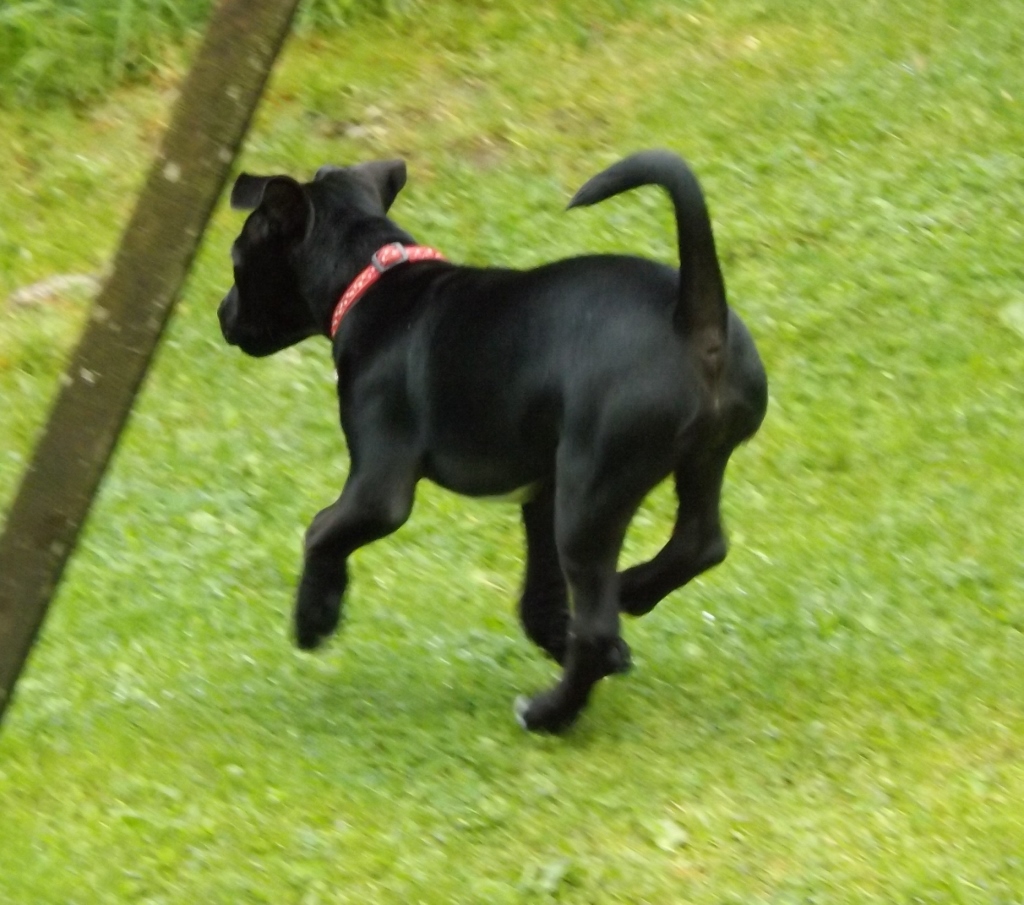 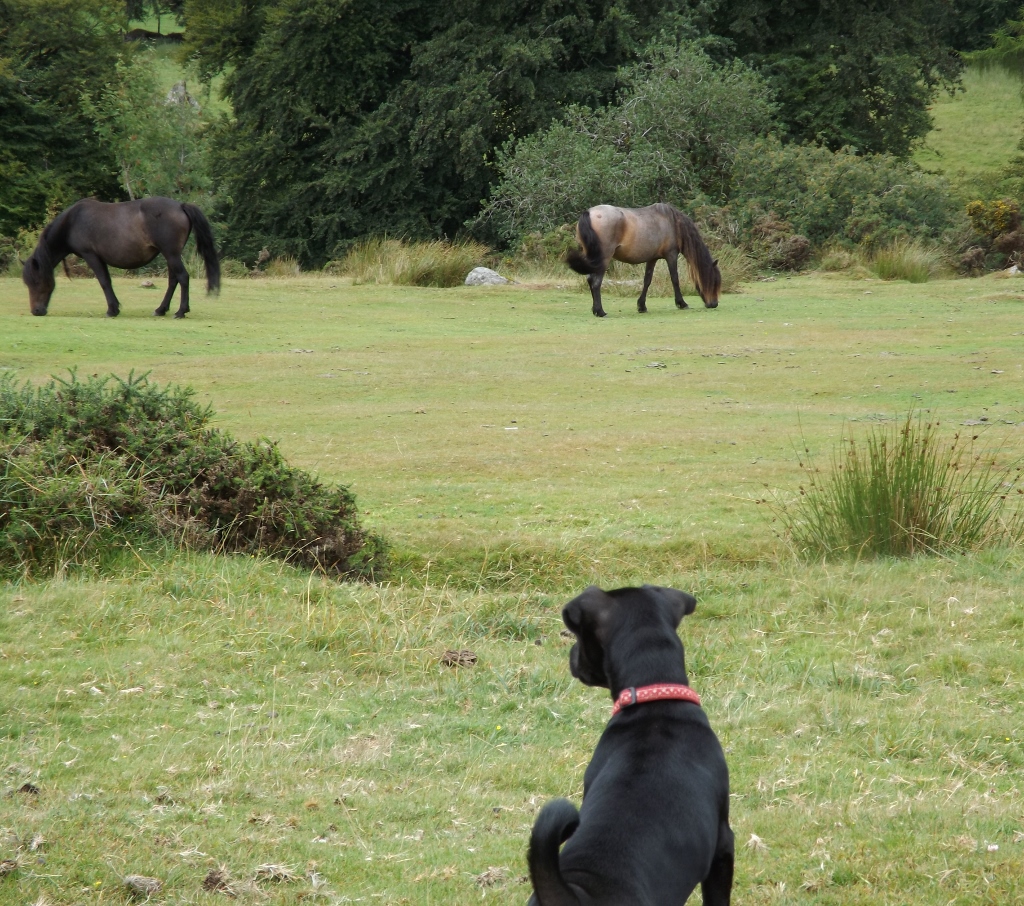 A bit scared of the ponies at the moment 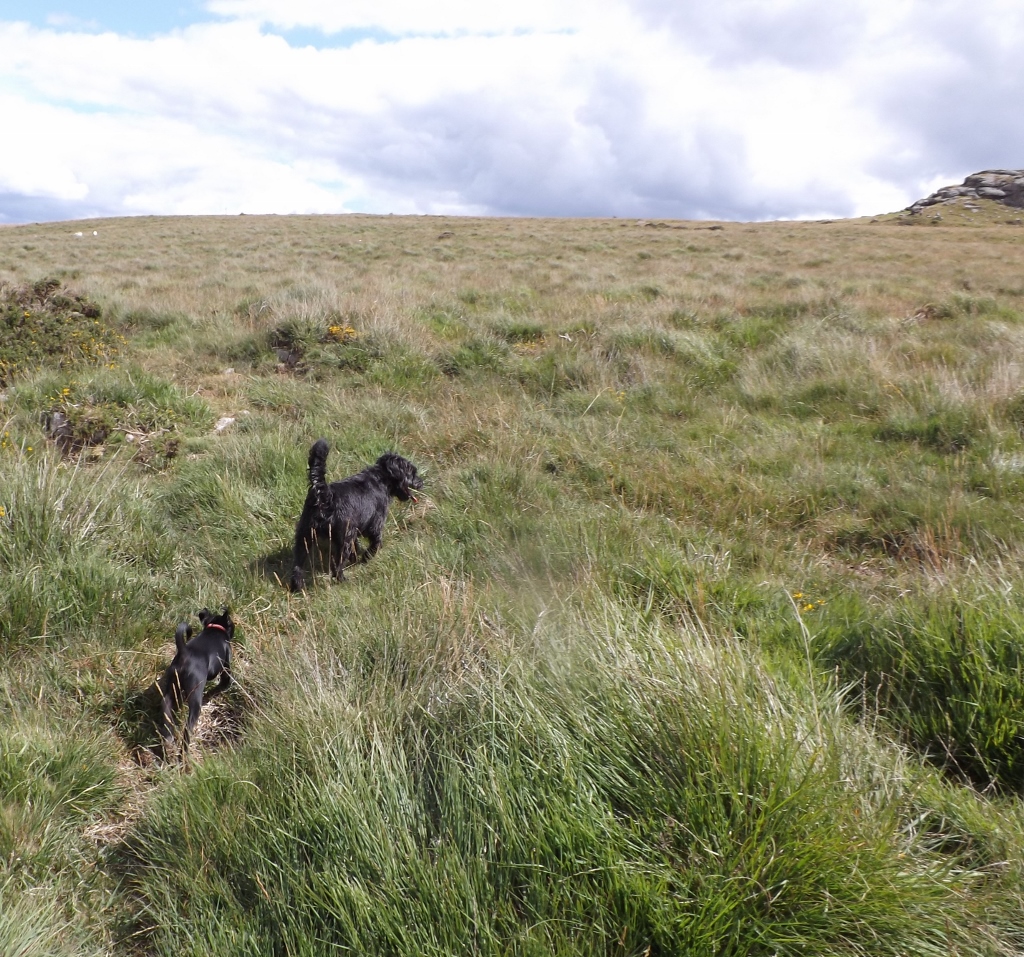 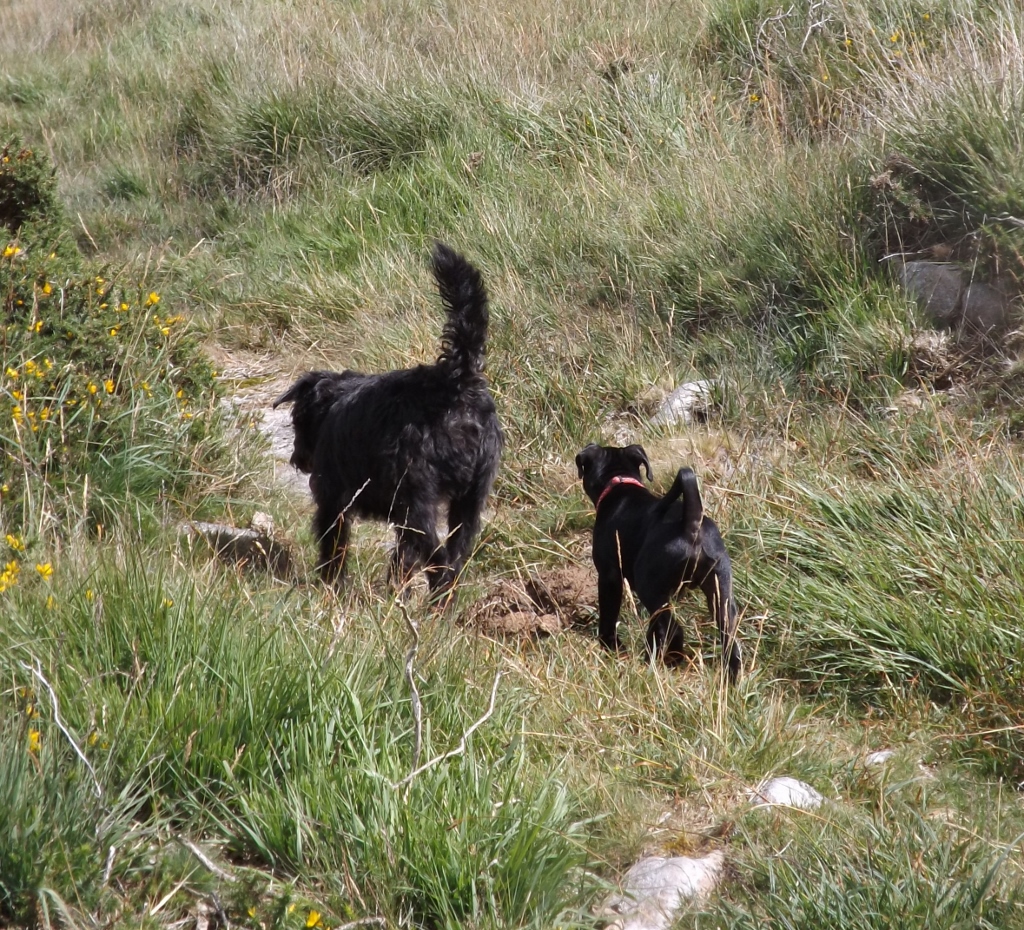 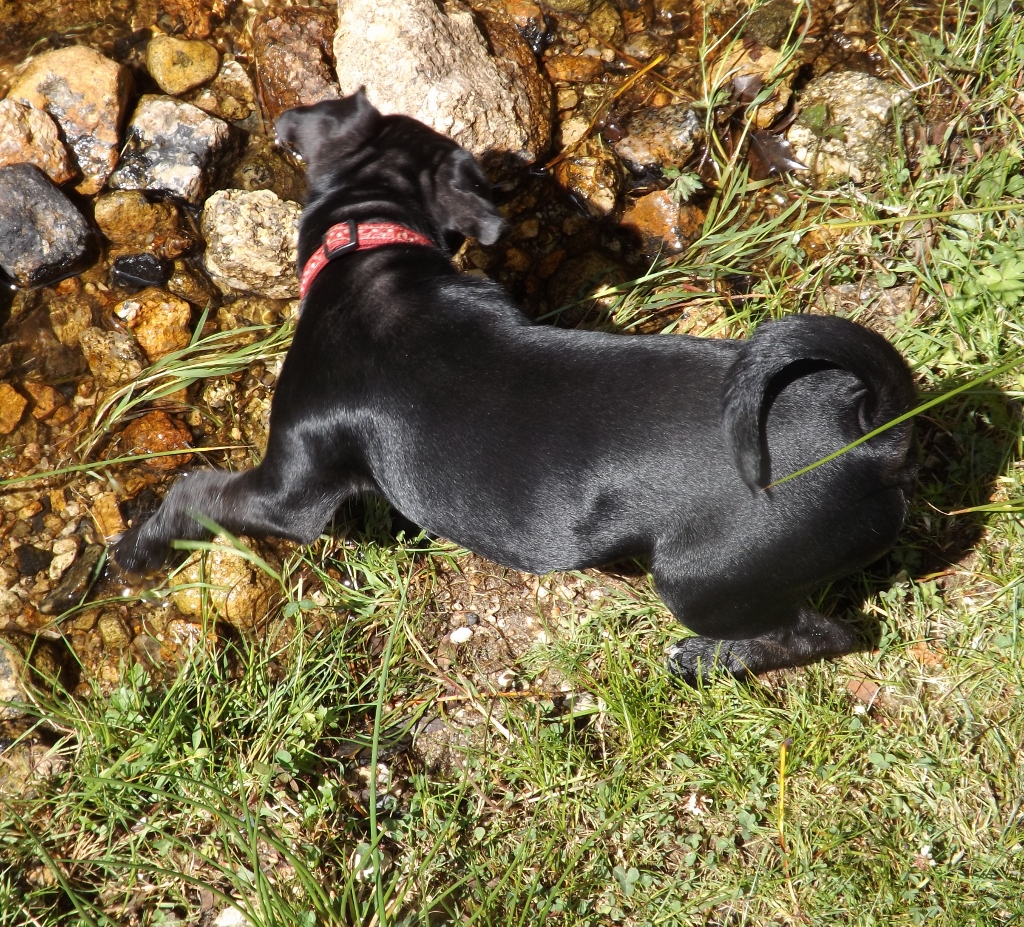 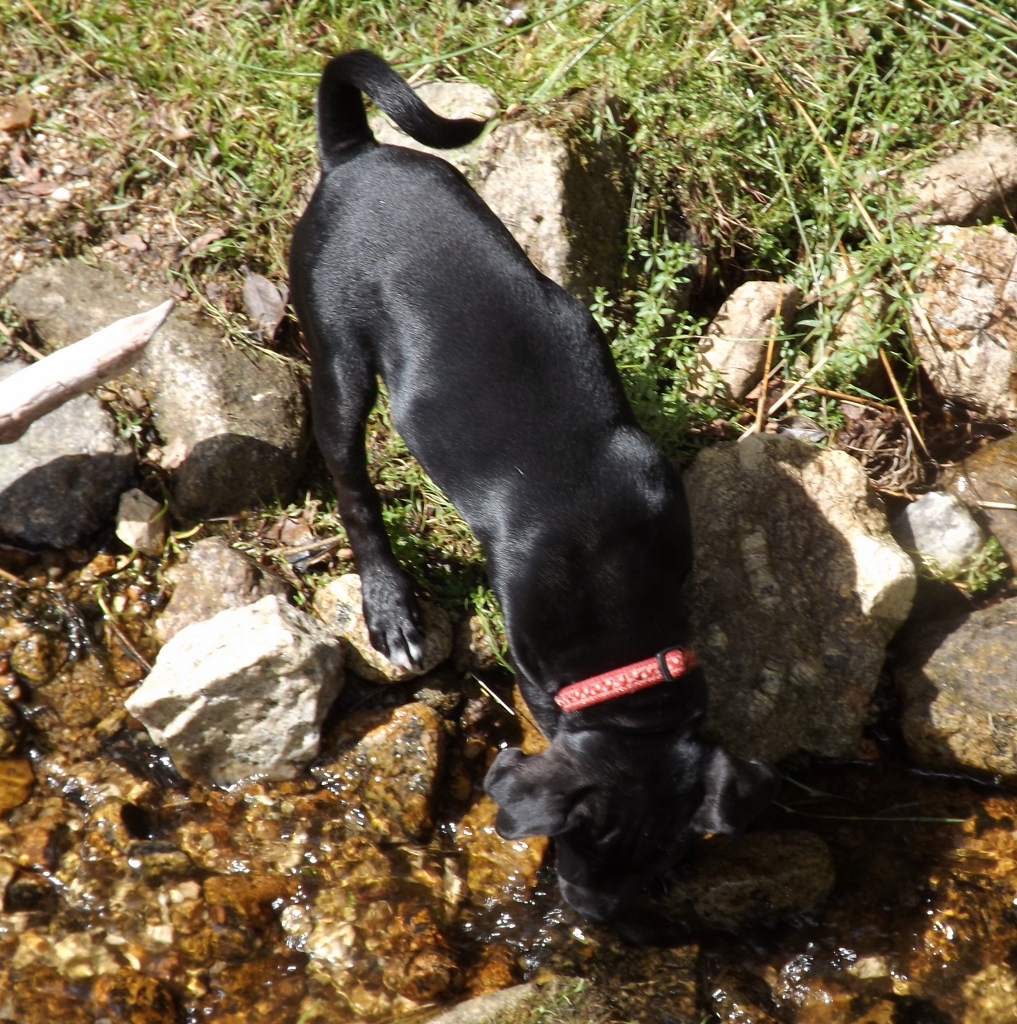 Given that he was already called Jack, we've been saved the endless arguments about names. OB would probably have wanted to call him Porsche, given his current obsession with cars and I had a dream some months ago that our next dog would be called Rye. Jack is FAR better and suits him fine. Until next time here he is looking particularly sweet with that curly tail. 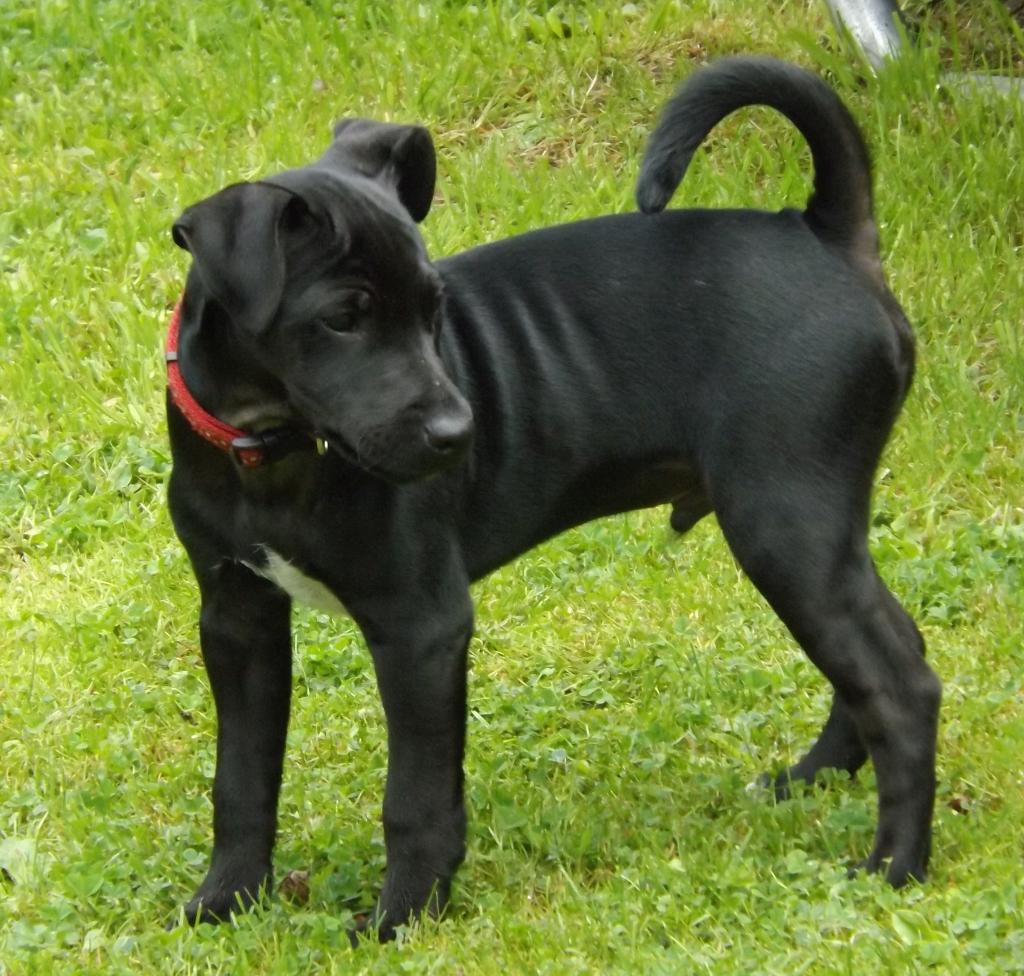