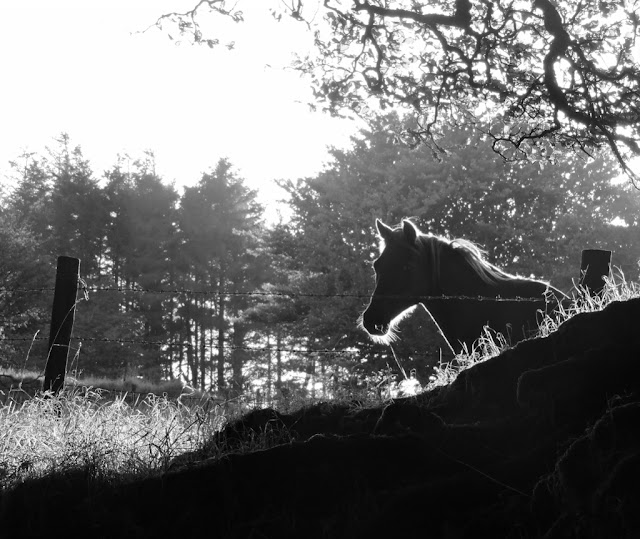 
Thanks so much for all your comments on my last two posts. I miss blogging and you all so much but, realistically, am not going to be able to do it for a few months yet. All is well but, as those of you who blog know, to do it properly takes a huge time commitment which I just don't have currently. I'm still taking pictures and they're building up with nowhere to put them. In the last couple of weeks I've been posting phone pictures on Instagram which gives the opportunity to keep in contact with people through comments without the same time issues. It would be absolutely lovely if any of you could follow me there; I usually stick a a photo there every day as it takes seconds. My user name to search under is Wiggy55 .


Just a few bits of news:


OB has started secondary school and is really loving it. Long days and very tired, but he's coping incredibly well. His tics were terrible over summer but his suppression exercises have meant he can control them when he really needs to. They're calming down a lot now he's more settled. Parents' evening tonight, where we tackle the age old 'what are you going to do about his maths' problem. Even though he's in the top set, he's done all the work before and will get bored......


Mum is pretty settled at the care home and Power of Attorney has come through so paperwork continues!

I broke my foot five and a half weeks ago, ten minutes after OB left for school on his first morning. There was an amazing mist in the valley and I rushed up Kestor rocks to photograph it, only to slip and get an identical fracture in my right foot as I got twenty years ago in my left. Really interesting how advice has changed in that time. My recovery has been twice as fast just by walking on it gently from the start rather than hobbling about on crutches. I was also advised to wear a tubi-grip thing overnight twenty years ago whereas now they'd have a fit. I'm back walking pretty normally now because my ankles haven't lost muscle like they did last time. Not driving for three and half weeks stuck out here in the wilds wasn't good!

I have a new gardening job until Christmas, have finished upholstering my neighbour's chair, which I REALLY enjoyed and have taken on a holiday cottage change over for a friend which we'll do together - makes it less like work. I've had a few commissions which has been lovely and the possibility of more to come. I don't think I'll be able to do Christmas cards this year but any commissions gratefully received! I'm feeling a lot less stressed with a bit of money coming in but, with the traipsing back and forth from the home, I'm not able to do quite as much as I'd like. Never mind - life takes you in a direction and you just have to adapt.


The dogs are fine. Jack ate a bee in the summer......I recognised the signs from the Adder incident last year and, after carrying him the two miles home as he refused to walk, stuffed some pain killers and antihistamine down him and only ended up with a very small vet's bill as a result. Silly dog. He doesn't learn; two weeks later he nearly did it again in the garden!

Trigger is very lonely without the Madams but I had a very bad experience getting him out of their current location where I ended up on my back in a tussocky bog after dragging him out of a wild wood where I actually got lost. I hope they'll be back soon and they can be reunited. They need company and it's been six weeks now poor love. Nice picture of him above though....

Right, I realise it's now nearly an hour since I started this, which is why I've had to stop. This won't buy the baby a new bonnet, as my grandmother used to say. It would be lovely to hear from you on Instagram.....

I know there must be a million other things to tell you but I can't think of them now. I hope you're all well and happy and I will check in here again soon...ish. Thanks again for all your support. 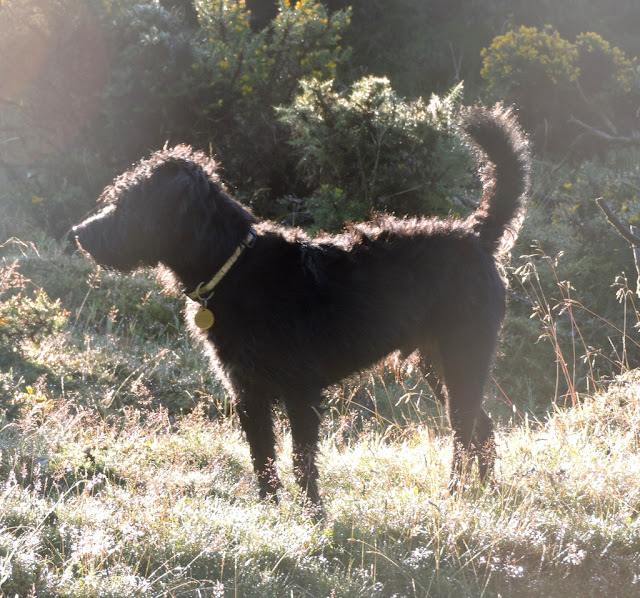 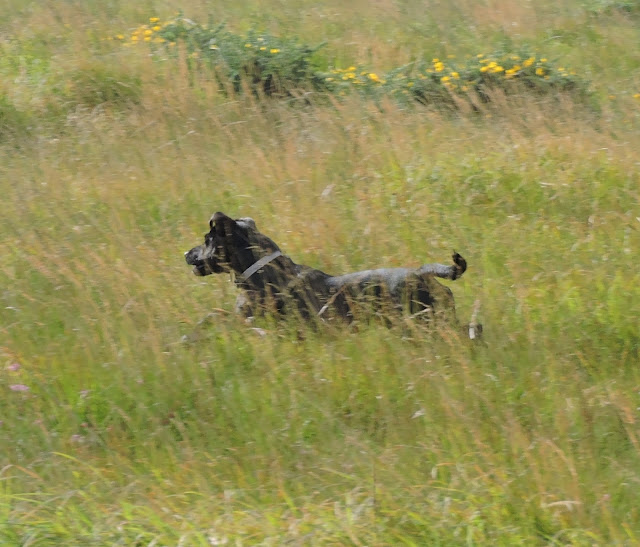 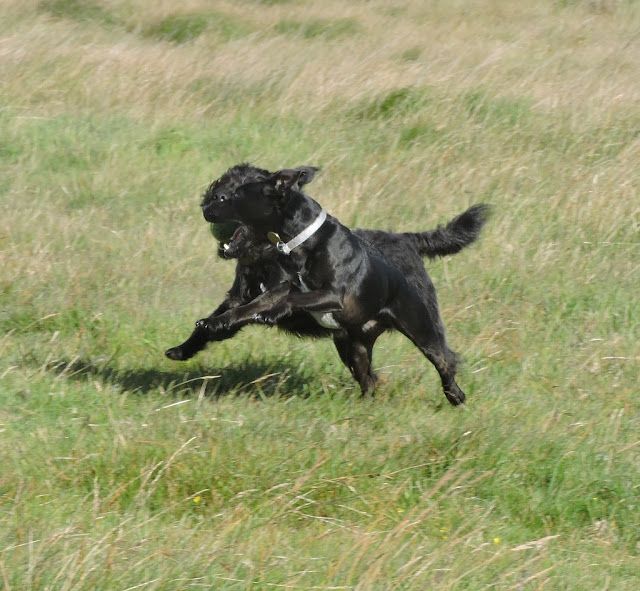