What a week; more relentless but pleasurable socialising with origami-boy’s (Kath’s name for him) friends and families. Today, as he was helping my partner wash the car for the first time in years – it just isn’t worth it usually but we thought we should do it for our trip next week - he said:

“Mummy, you look in your mid-thirties when you wear that dress”

Bless that boy. Normally he jokes about me being ninety six (the age my maternal grandmother died), so it was very sweet of him and made my day as a 48 year old!

Yesterday, with it’s very strange drizzle and sun combination, produced this stump of rainbow which I spotted through the bedroom window. A rainstump I suppose. 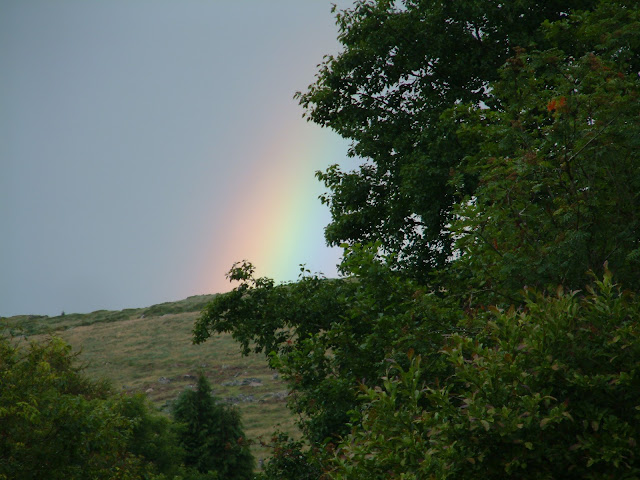 Later that afternoon, my friend spotted this fledgling blackbird striking a rather unattractive pose outside the back door by the raspberries. It sat like this for about 20 minutes all fluffed up in the chest department and occasionally opening its mouth for a few seconds. Any suggestions as to the reason for this behaviour gratefully received! 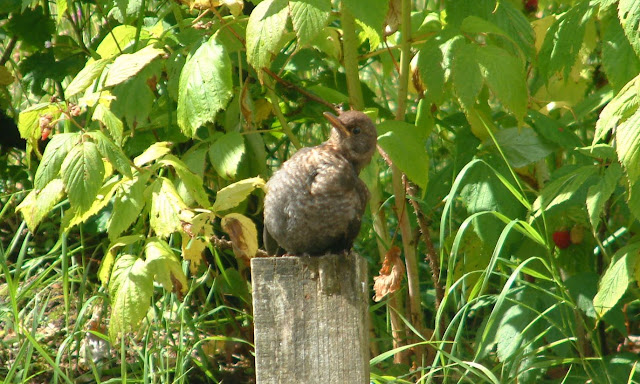 Although I haven’t been managing to get out very far, we often go out up the lane with a bike (not me), so I have a few pictures to show for it as well as anything I might see in the early morning's short, Snippet-poo related walks. 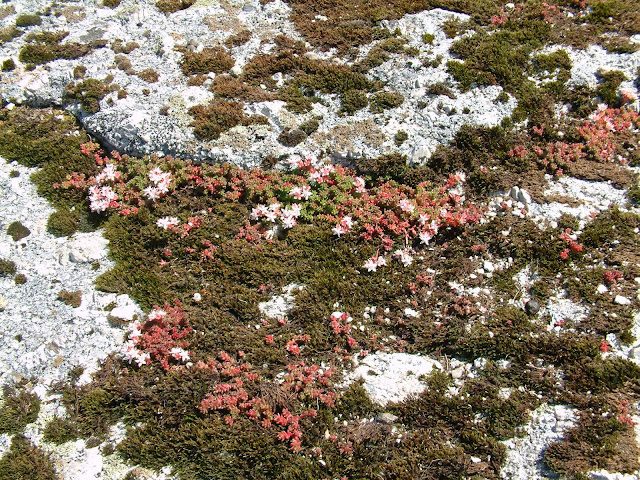 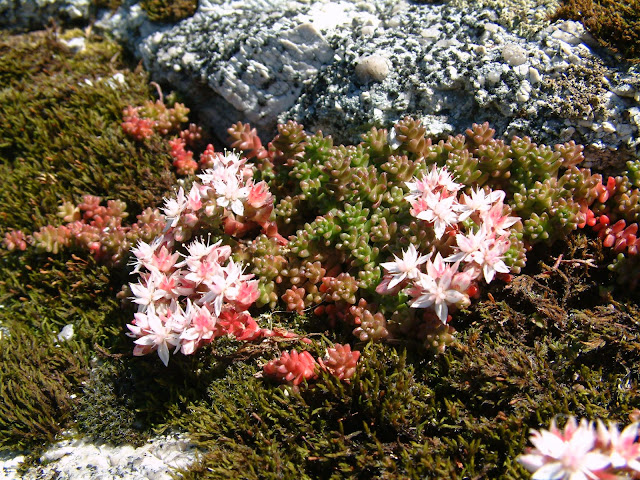 Stonecrop in profusion on Middle Tor last week in the sun 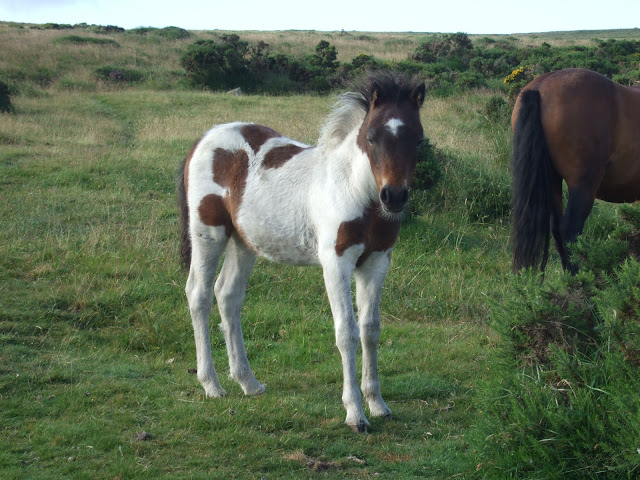 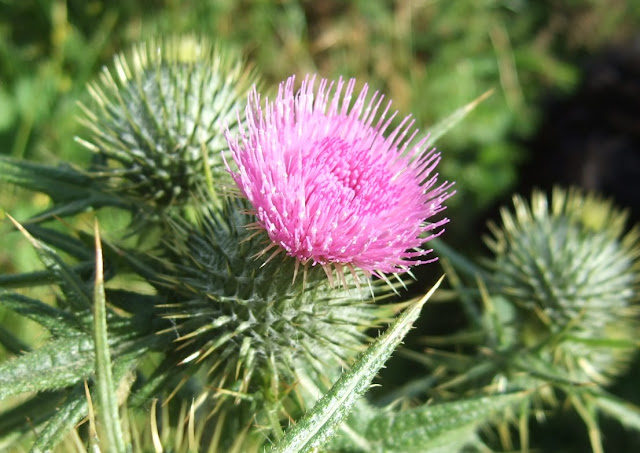 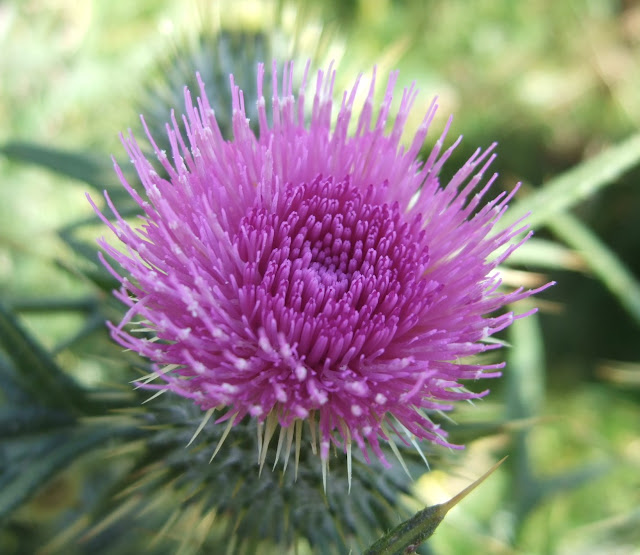 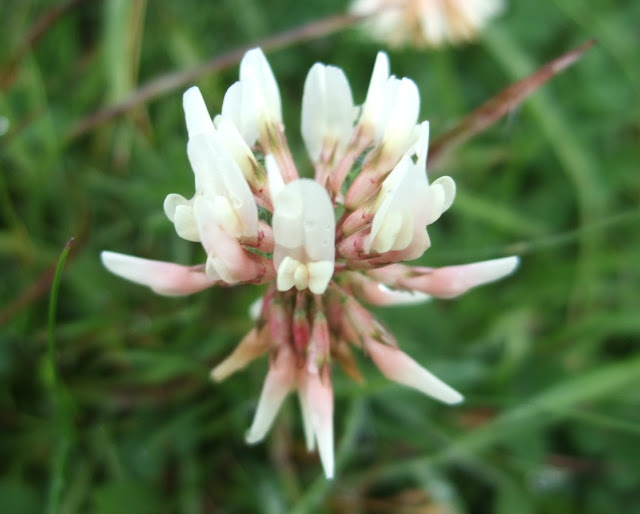 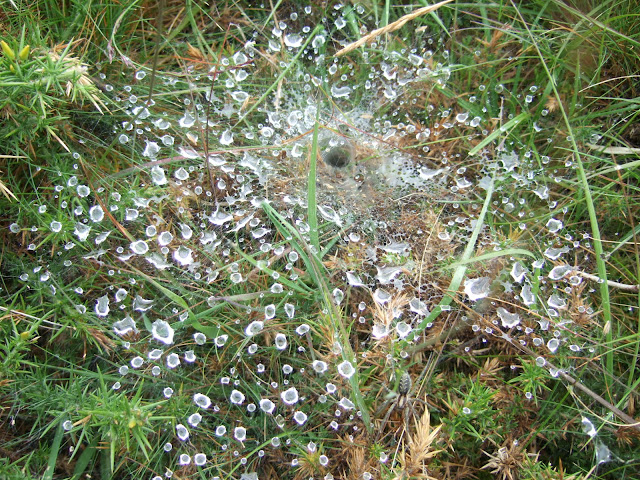 raindrops on a spider's web 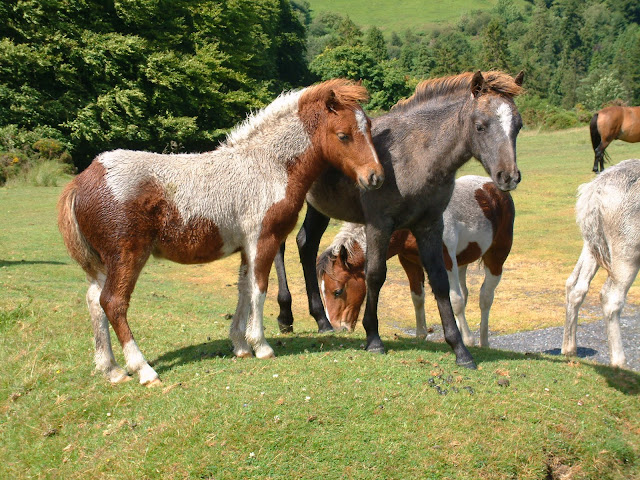 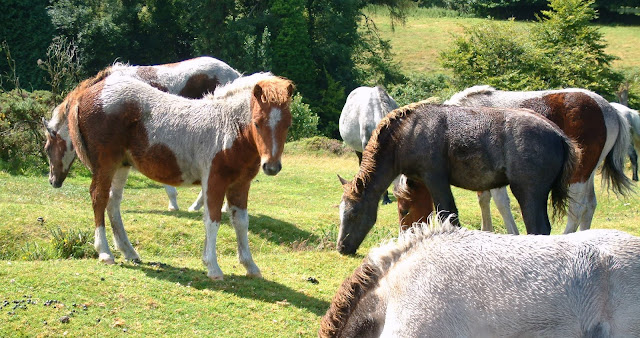 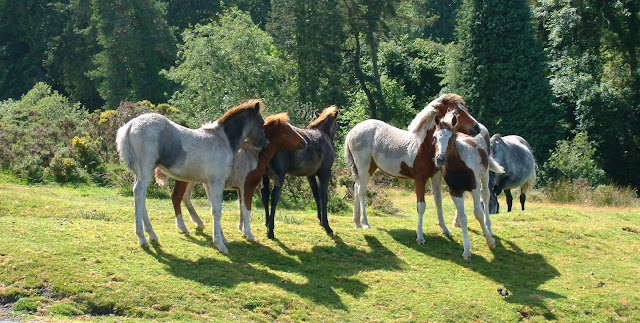 The foals early one morning this week The sun has generally gone by , replaced by rain or drizzle 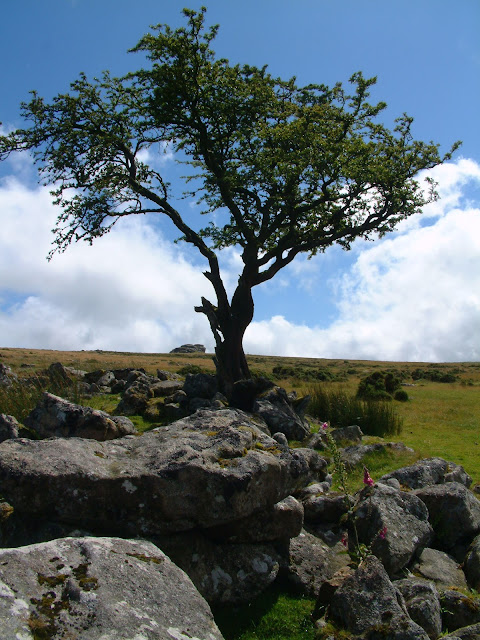 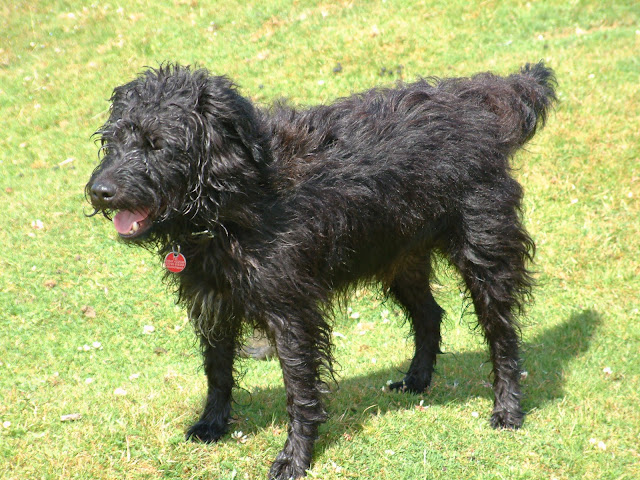 Snippet, eyes closed against the sun 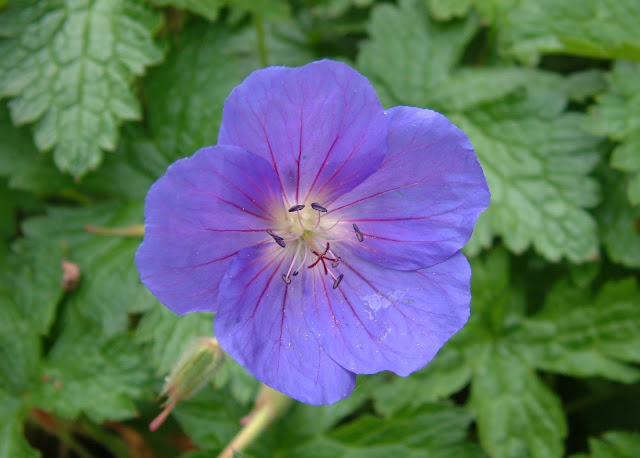 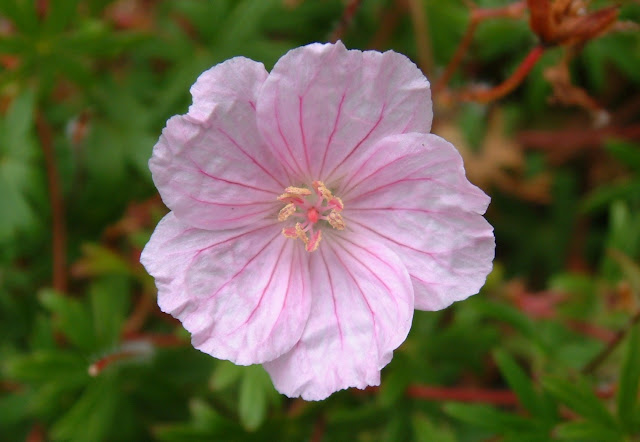 Geraniums in the garden

And finally, I must show you my orchid on the kitchen window sill. It was a present just after I came out of hospital last year and, as someone who can kill a houseplant just by looking at it, I didn’t have high hopes of its survival. I pruned it as instructed and tried not to look at the ugly stumps over winter and this is the result. I’ve had to prop it up with damp newspaper in another pot because it was falling over with the weight of the blooms. This is about triple the size it was last year so goodness knows what it will be like next year. Does anyone know anything about re-potting them? I’m completely clueless when it’s not in the garden! It just seems to be a mass of roots in there and I don’t know if I should just leave well alone. 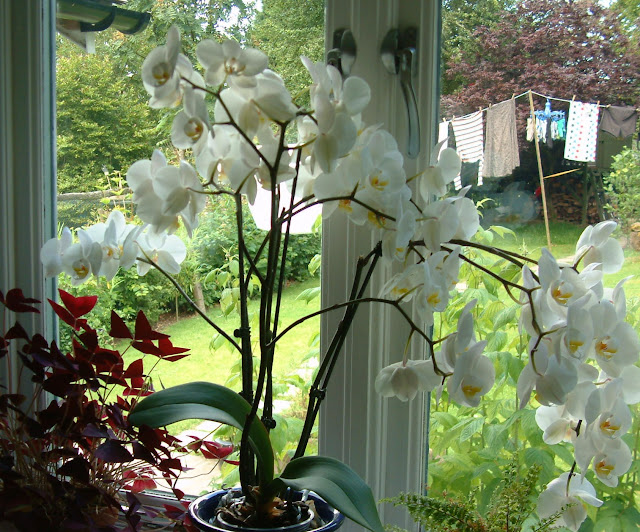 Till next time, have a great week. I don’t think I’m going to manage more than one a week until school starts again!