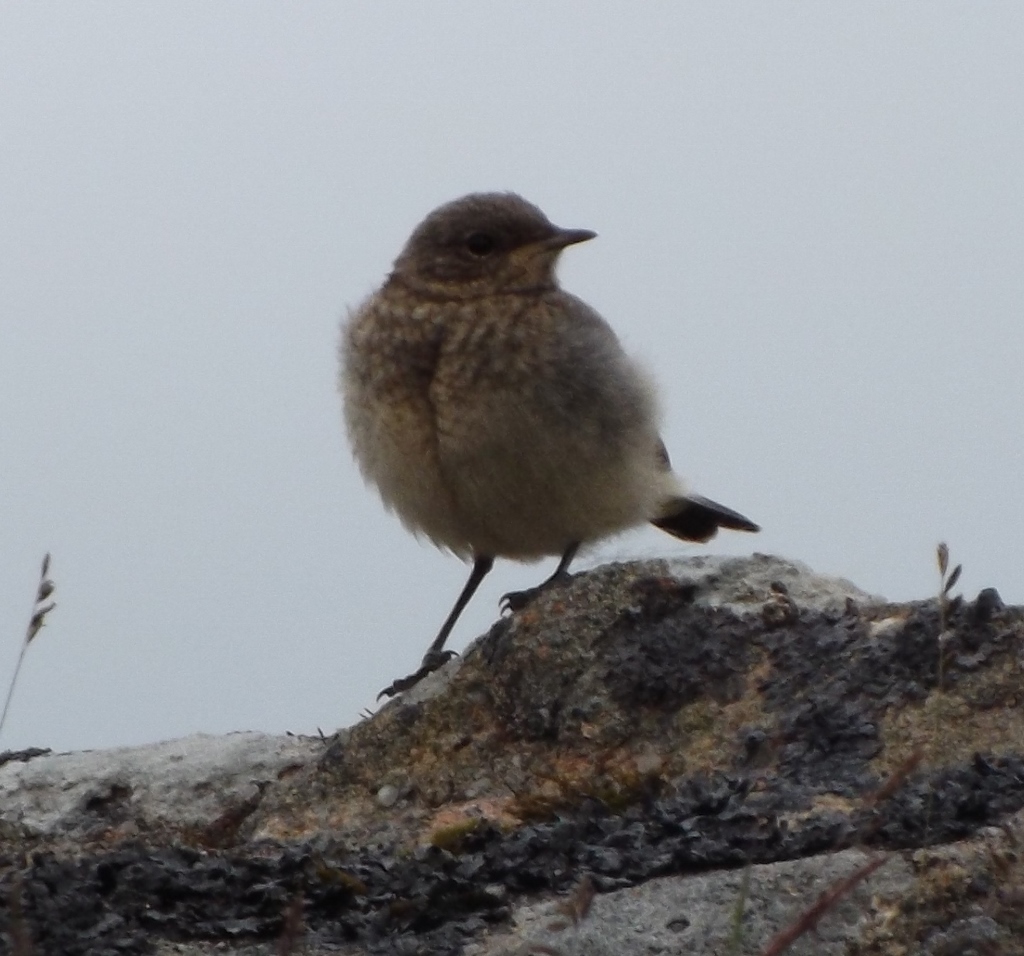 Yesterday, I saw this lovely little Wheatear fledgling up at Kestor Rocks. Given that they often nest in rock crevices, I imagine their home might be somewhere in the many that occur in our local monolith; I've certainly seen its parents up there for a couple of months now. I read somewhere that their English name may derive from a 16th century linguistic corruption of 'white arse' rather than anything to do with ears of wheat! It allowed me to get really quite close and I've noticed that many of the fledglings lack their parents' fear of humans to the same degree. They'll soon learn. Sorry these are all a bit similar but I felt each showed slightly different colours appearing in the feathers. I think it's probably female. 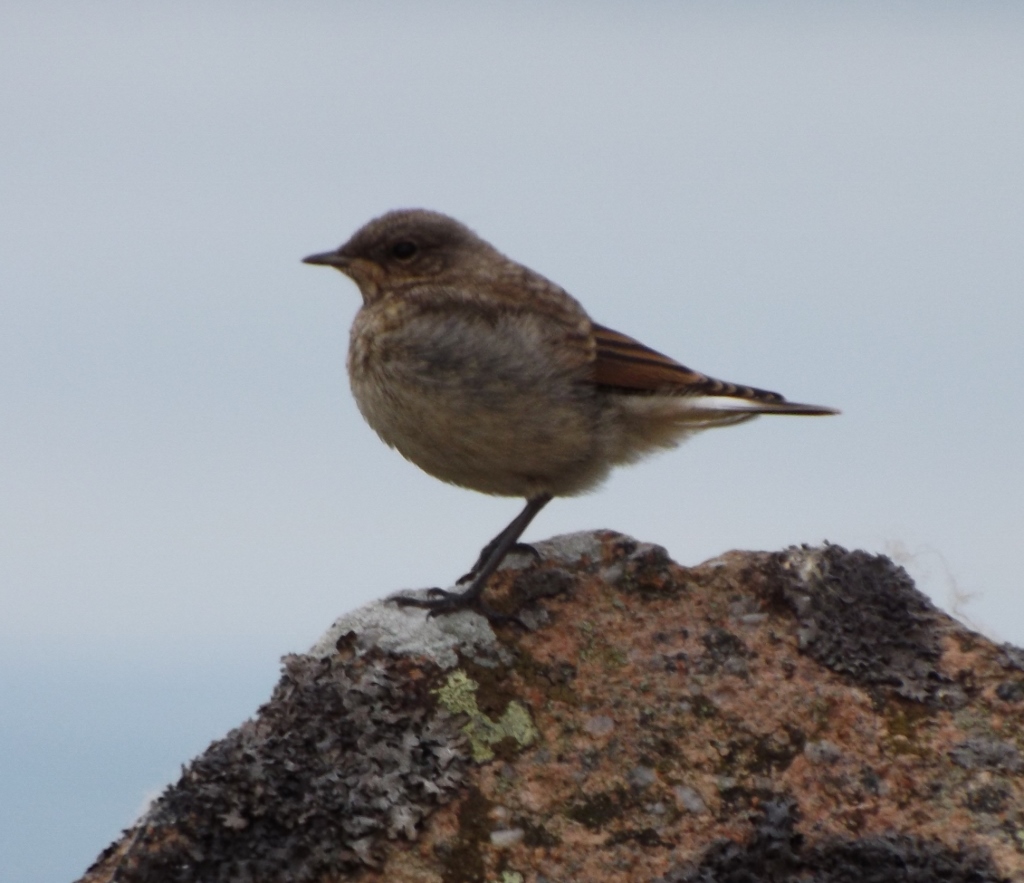 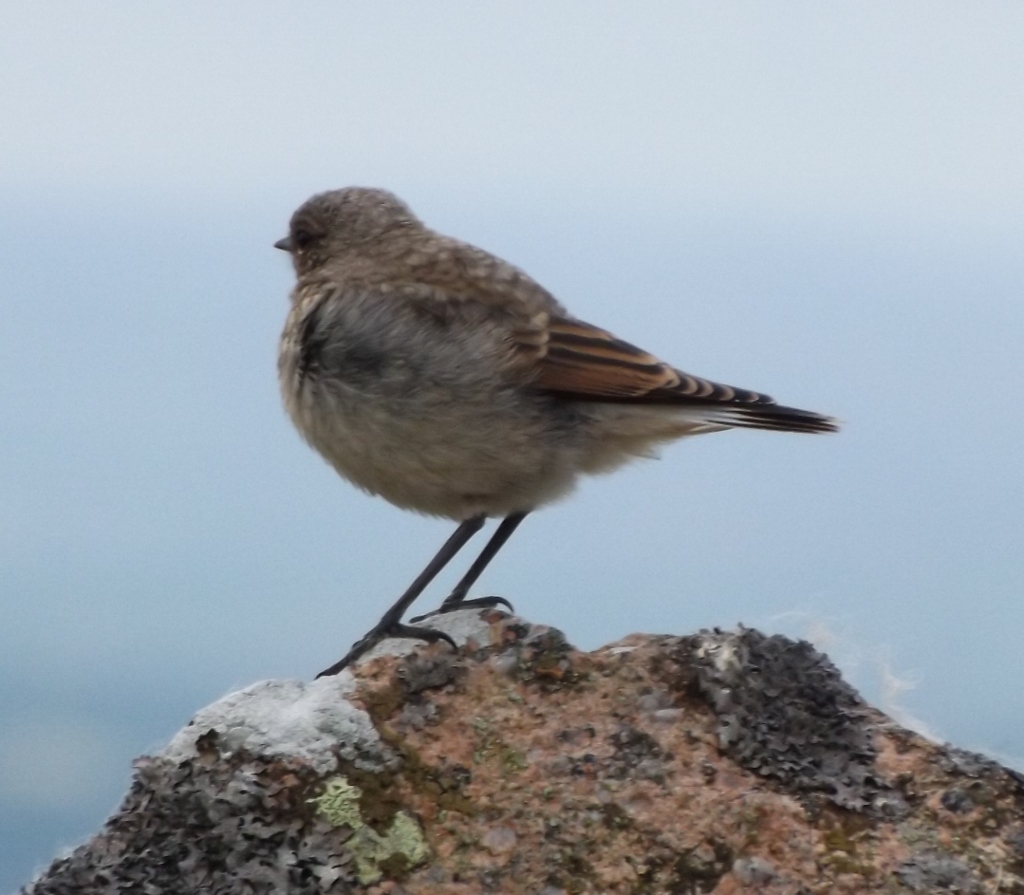 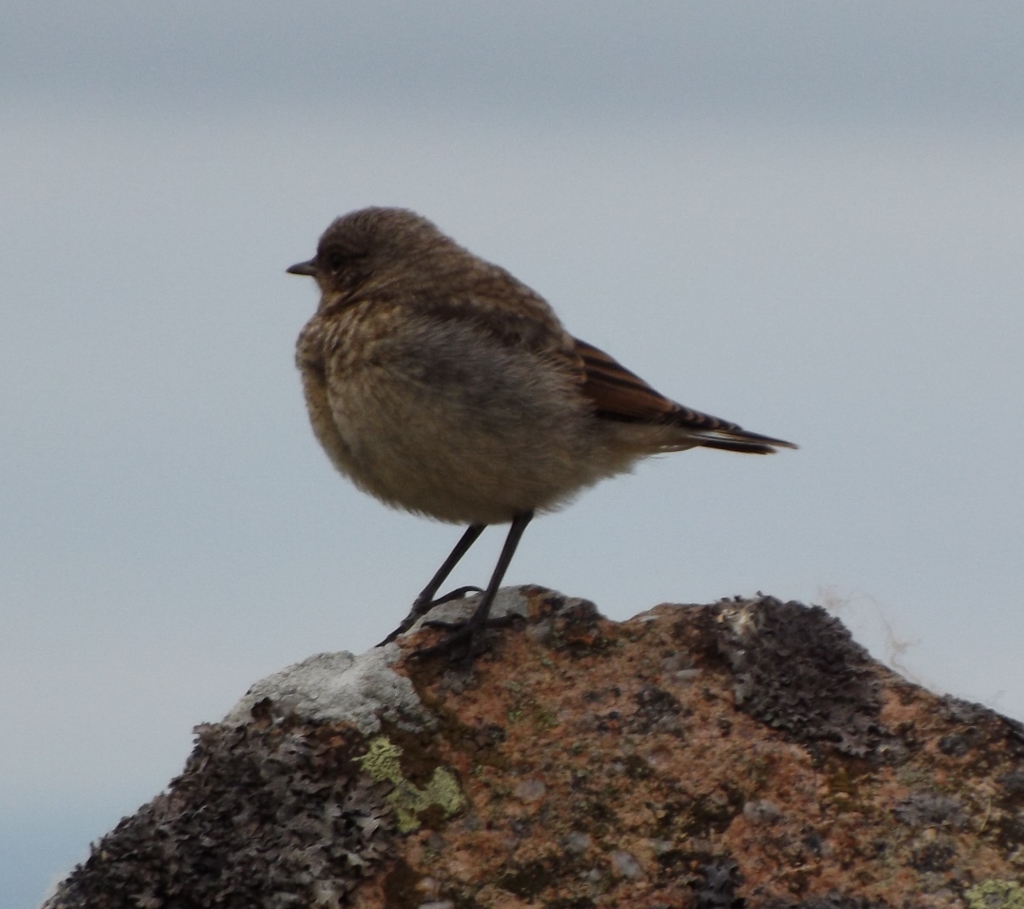 And here's the Daddy showing his white arse! 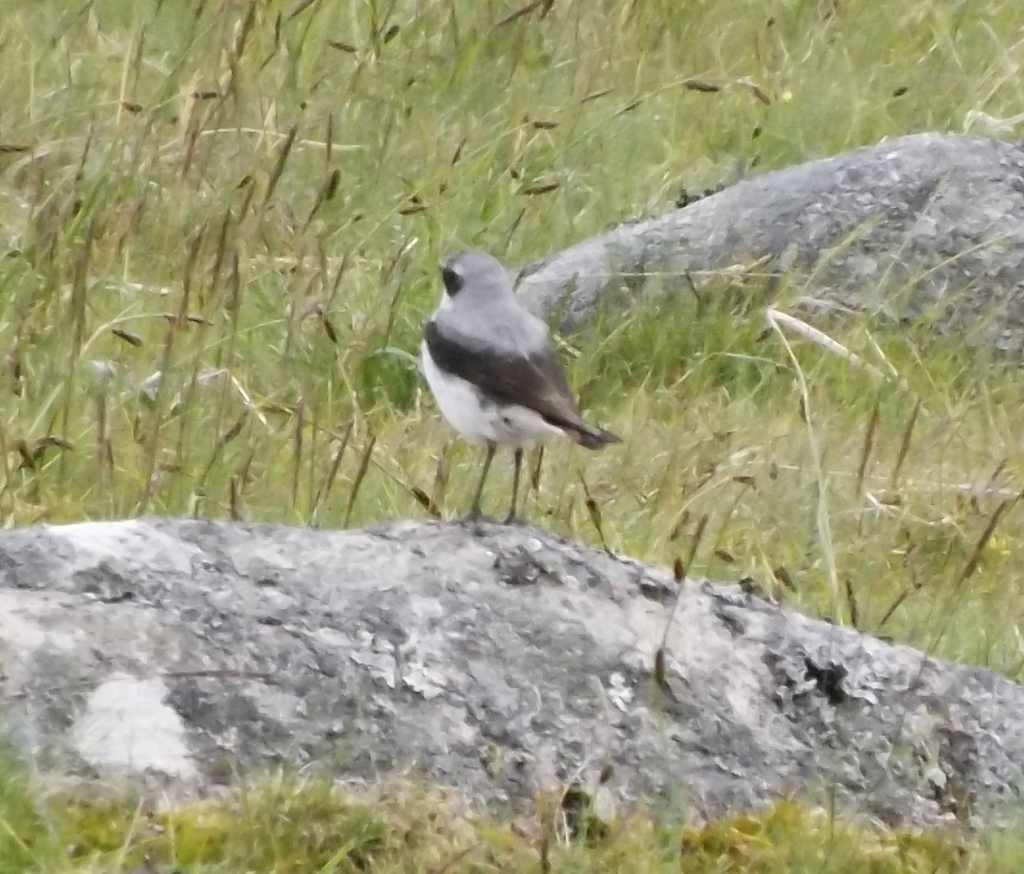 The Siskin fledglings have brought their parents to the seed feeder which has been a joy to see. What tenacious little birds they are, seeing off their much larger Chaffinch and Great Tit competitors. The first visit they were hiding on the garden side of the feeder.... 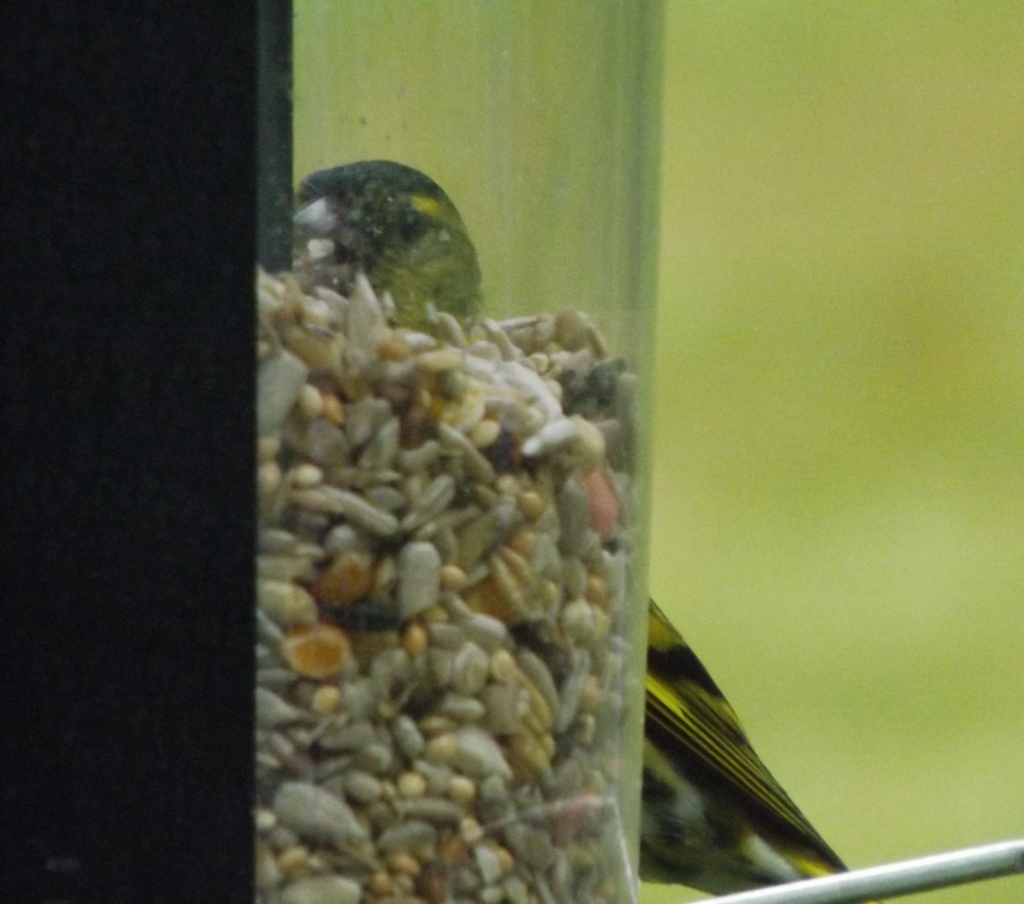 The next day there were more bold. 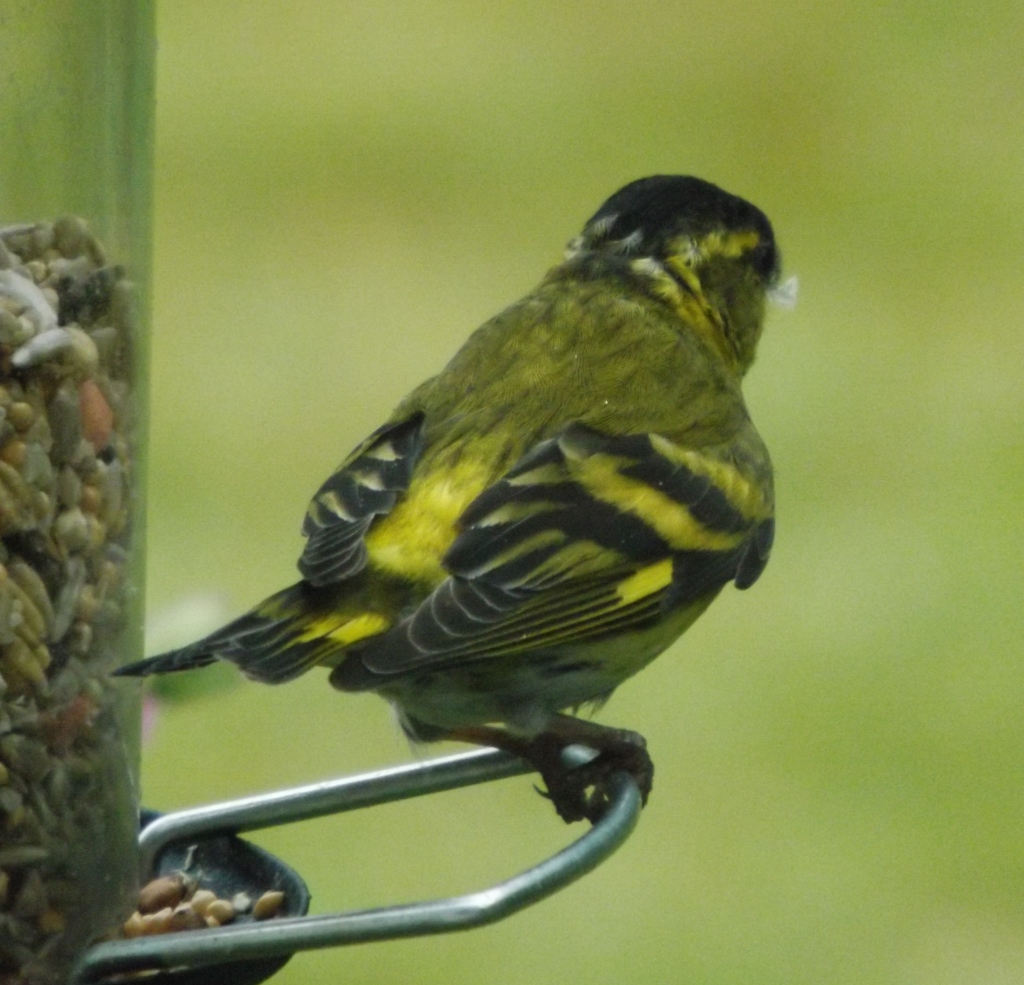 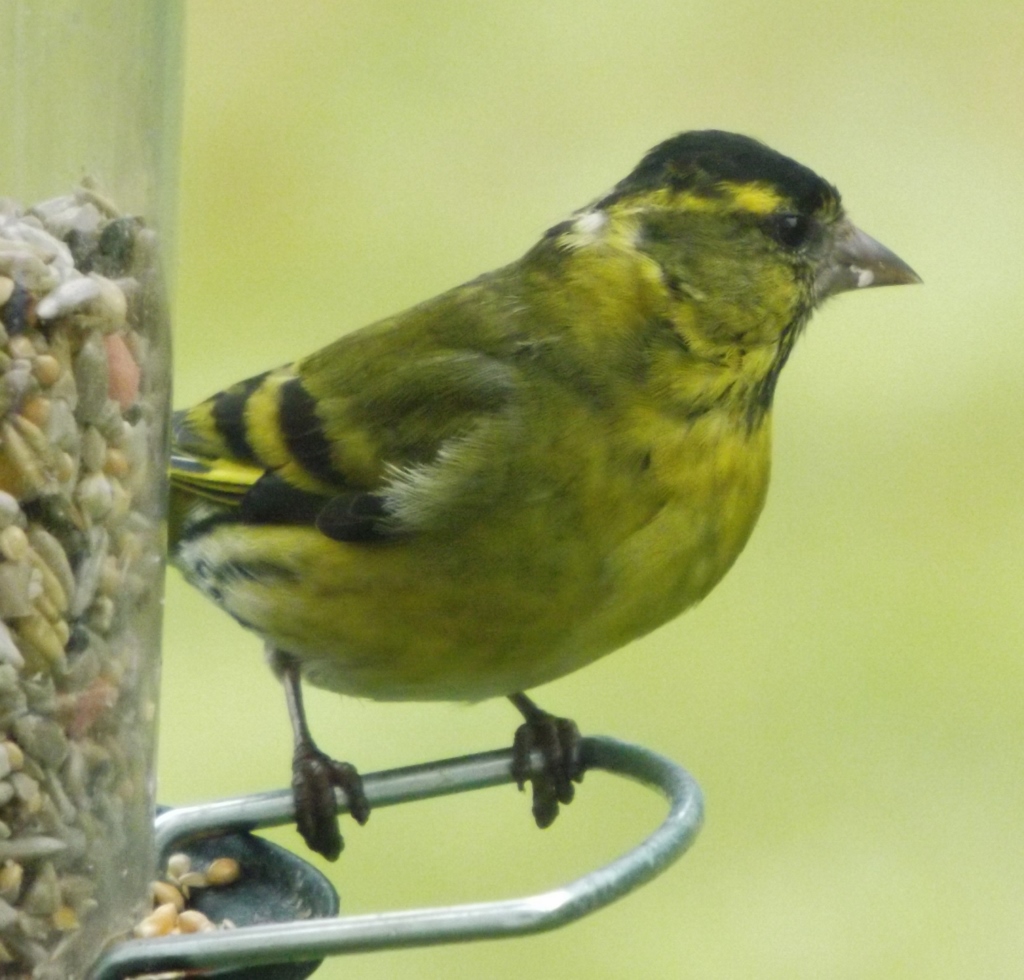 Thanks for all your encouraging words for Origami Boy after the last post. On the day, he came fifth out of the whole school in the high-jump and THIRD in his sprint race. Amazing for a boy who used to struggle in second last place two years ago. Last year it was inside due to rain so we couldn't judge. I really think having the ubiquitous trampoline in the garden has helped him with his physical confidence. I might hate the sight of the thing in our fairly small garden but it's been worth it to see him go from being very tentative to doing front somersaults. Overall his house team, which on paper was looking like they might struggle in fourth place, came first - amazing. Here is their cup with yellow ribbons. None of us owns anything yellow so poor child had to wear a yellow sash on the day, tied, Ninja style, around his waist. 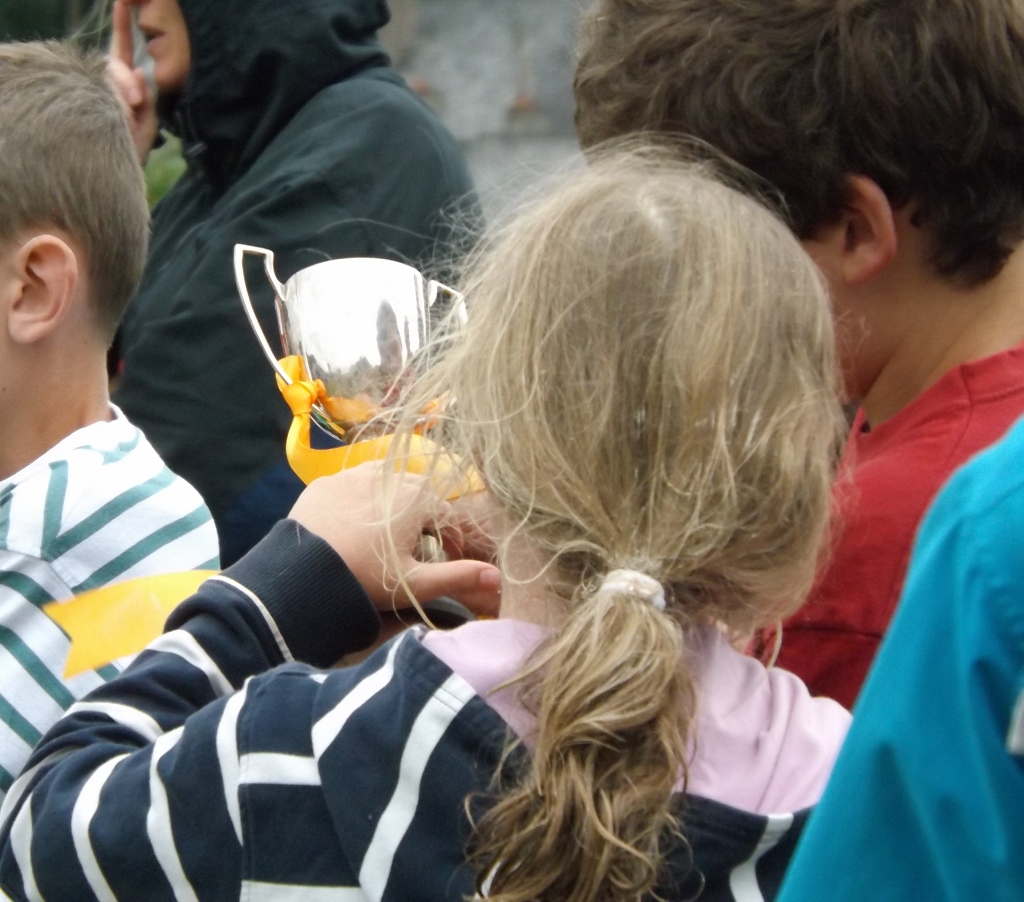 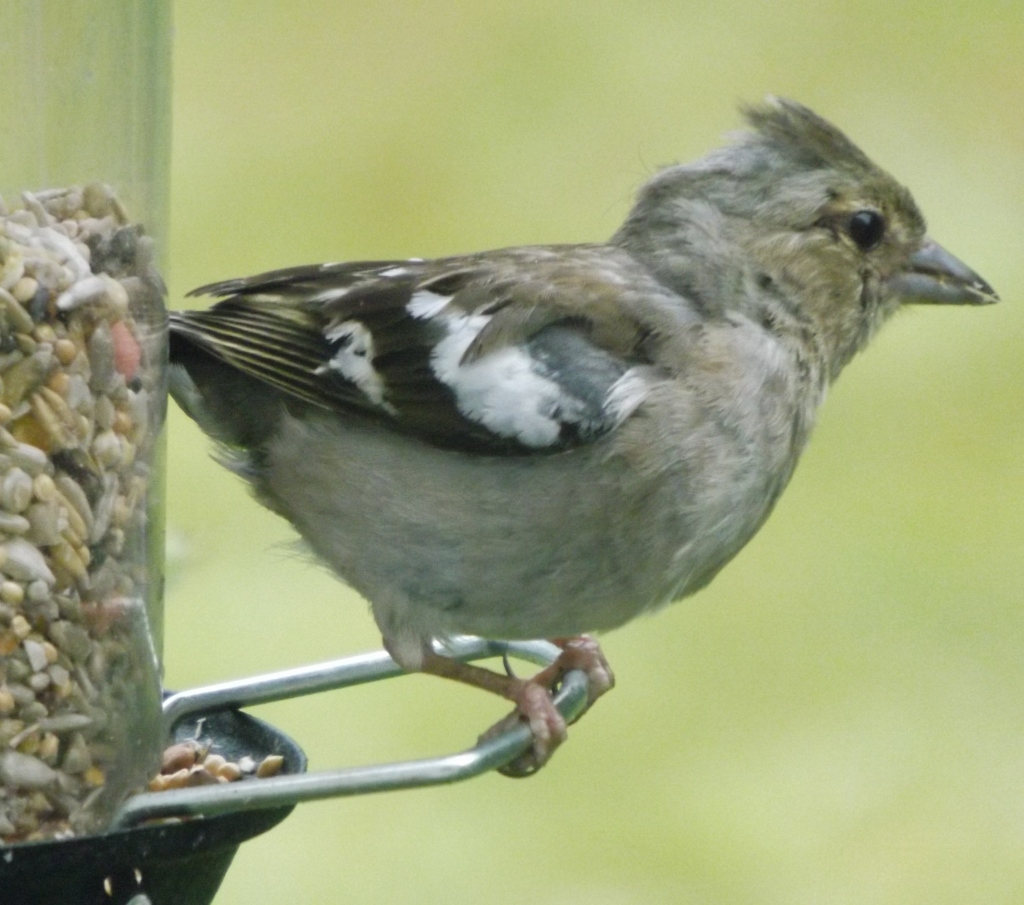 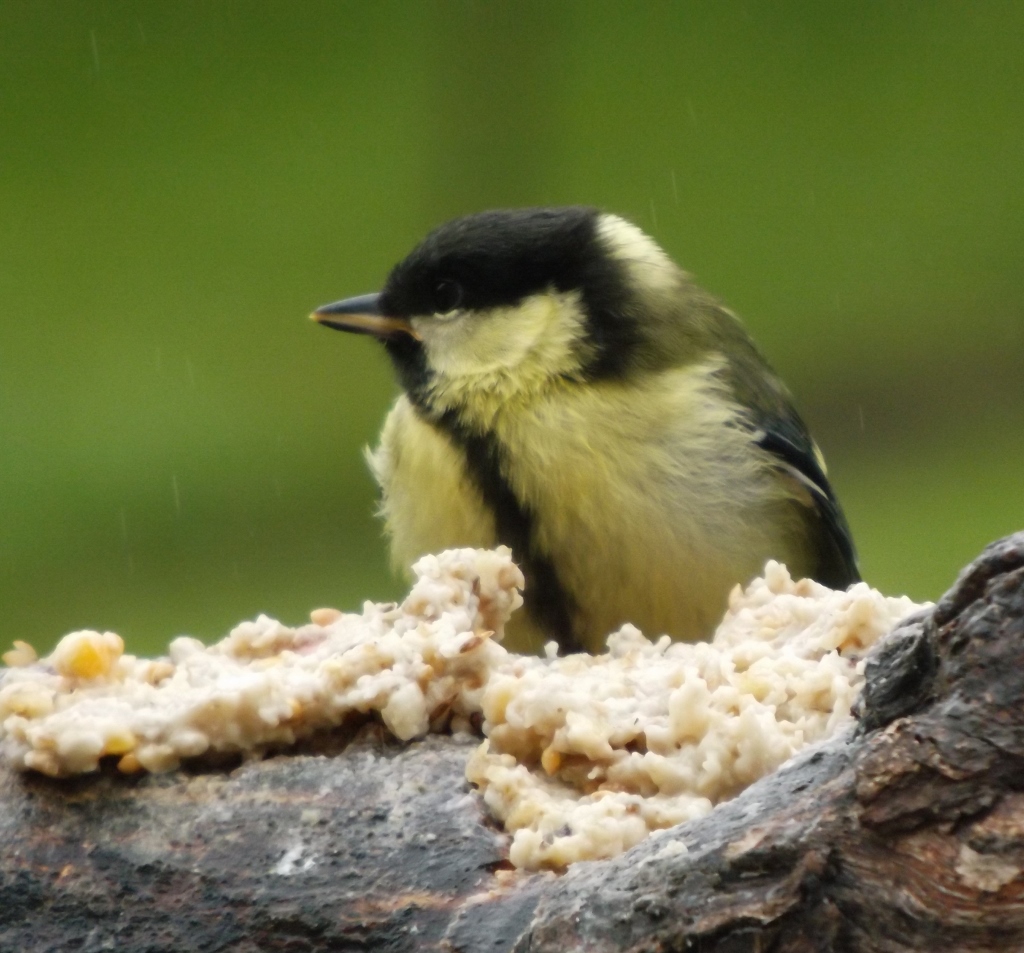 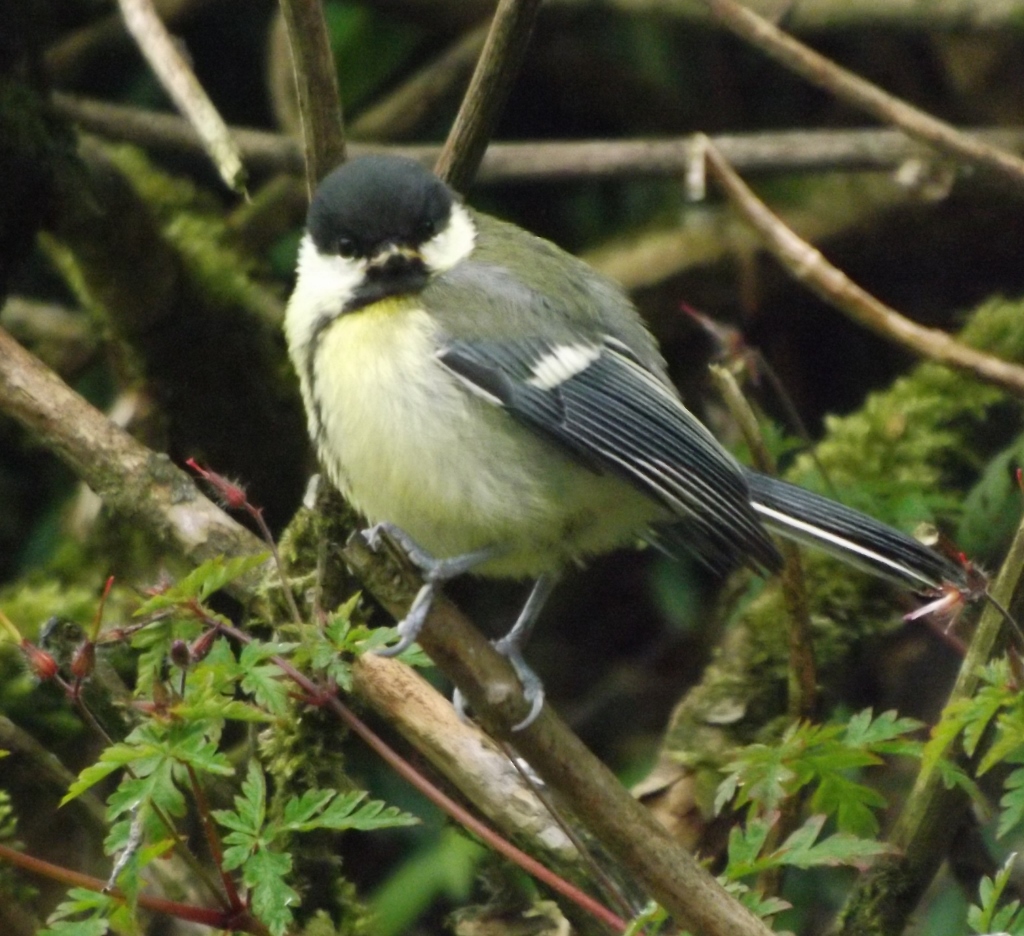 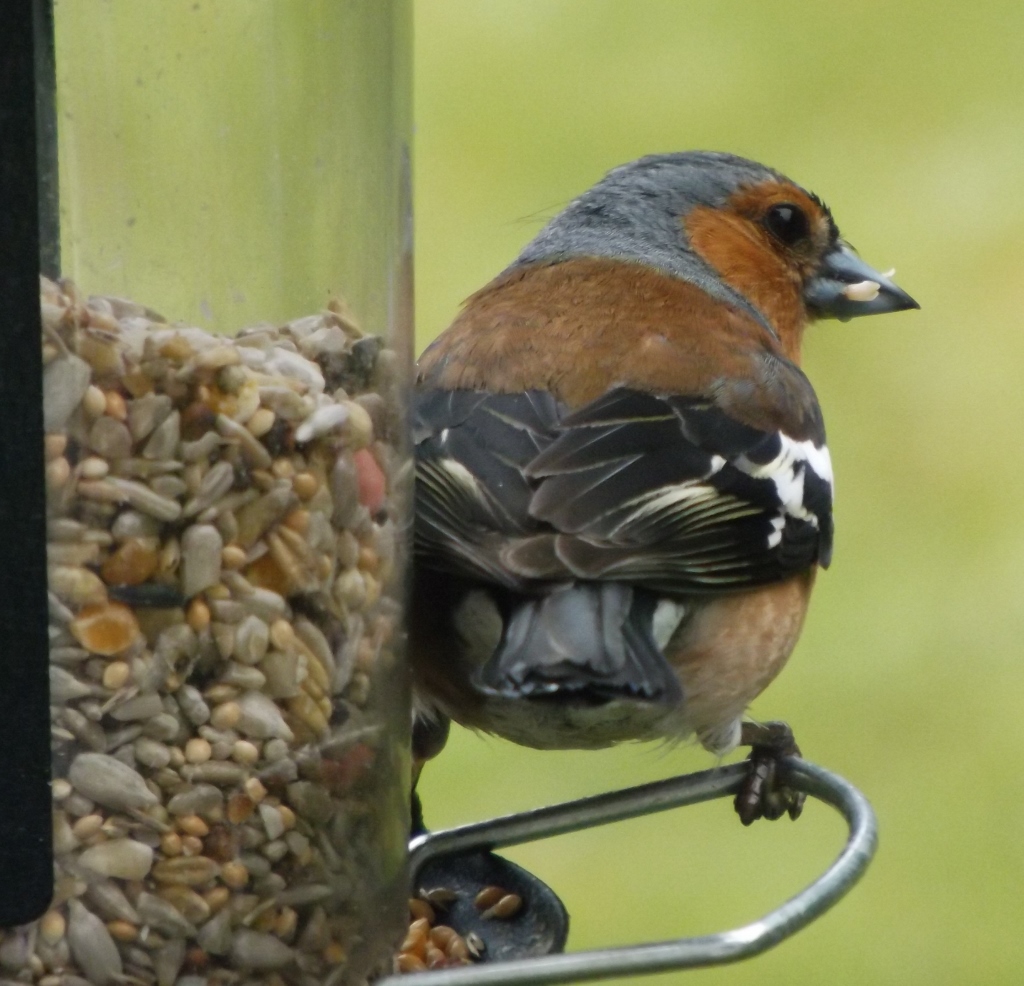 Mr Chaffinch just before being chased off by the Siskins

Looking out of the window I'm wondering why I bother listening to the weather forecast as a heavy persistent drizzle scuppers my washing-line plans. A great day for doing all the towels I thought but looks like they're going to have to sit in the machine festering for a while yet. Snippet is asleep upstairs, exhausted from a big digging session at Trigger's field this morning: 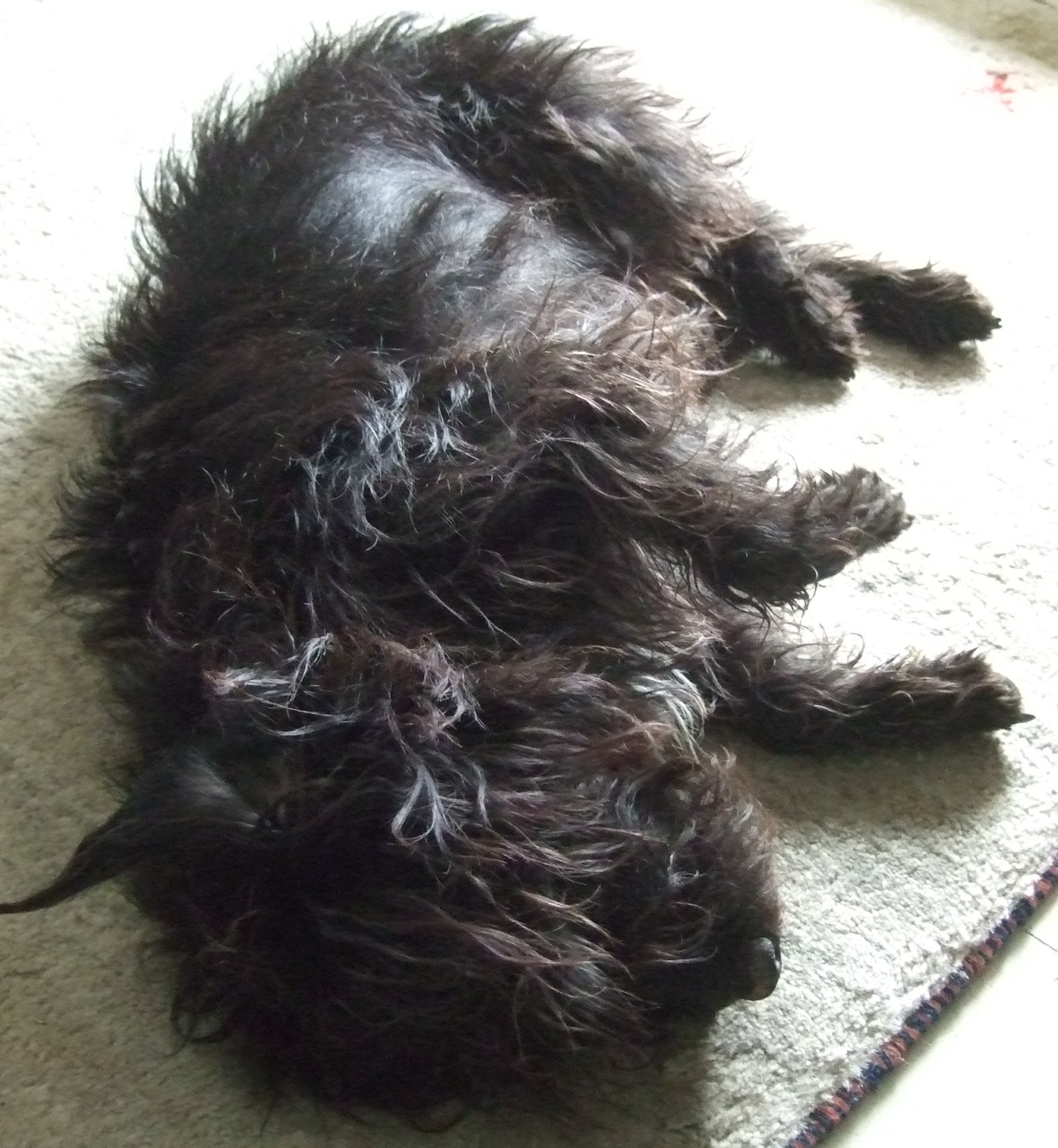 Origami Boy is doing a Roman march today. Yesterday it was an art day at Castle Drogo. Do they ever do any work any more at school? Until next time, here's one of the Siskin fledglings watching its parents who were on the feeder below. 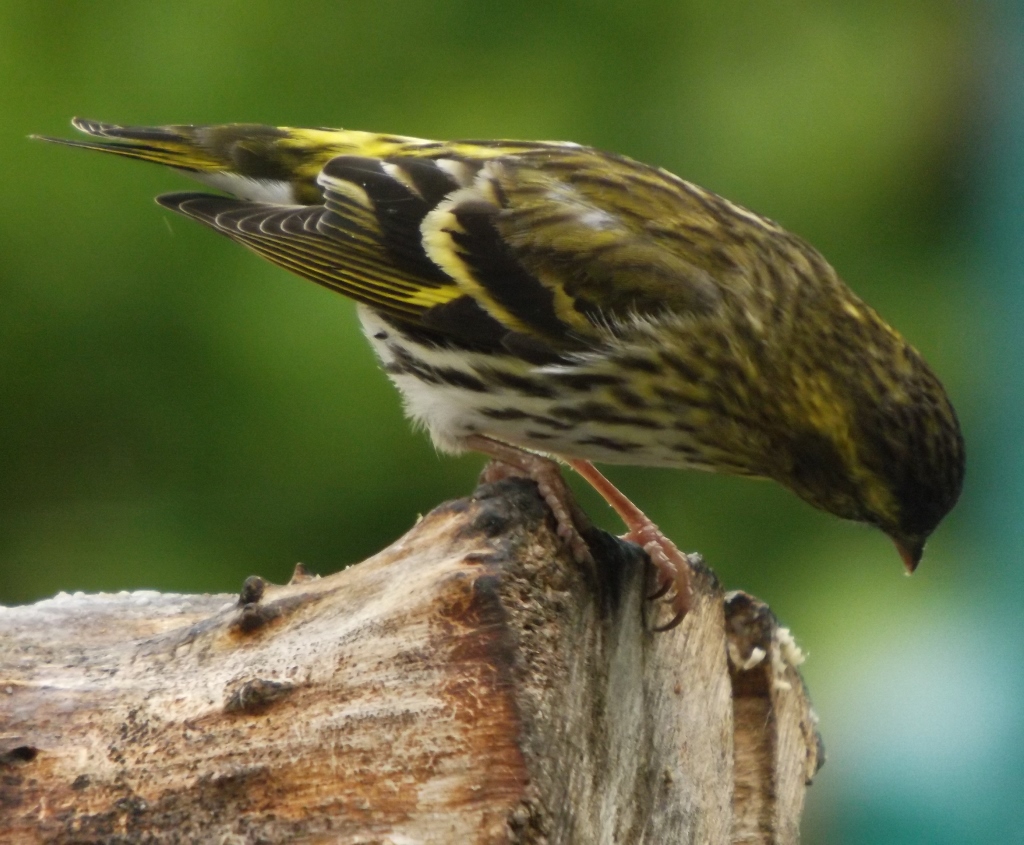