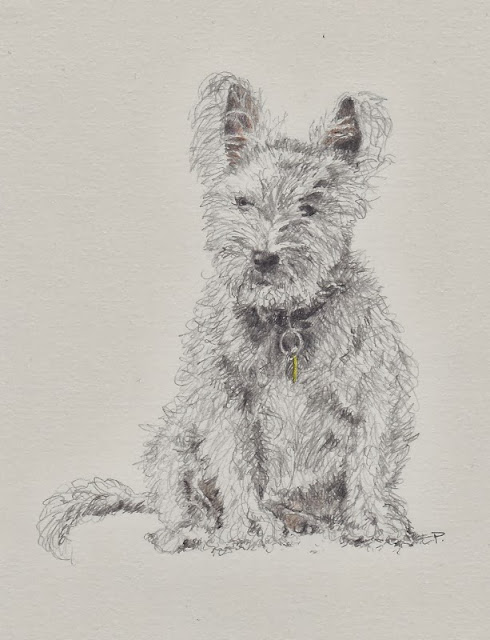 One of the three commissions I've had recently was to draw CT's dog Teddy, often to be seen on her great blog: http://countrysidetales.blogspot.co.uk/ . What a great subject he was; the scruffier the better I find. It's been so great to actually work at something I really enjoy. We won't be installing a swimming pool any time soon, but it doesn't matter - I feel like I've achieved something at the end of the day for the first time in ages. So....thanks to the three of you who have put your trust in me!

Welcome to some more followers too; it's been a bit of a bonanza over the last week. Thank you so much and It's wonderful to have you all.

Here are some photos from the last few days. First, a Mohican Chaffinch: 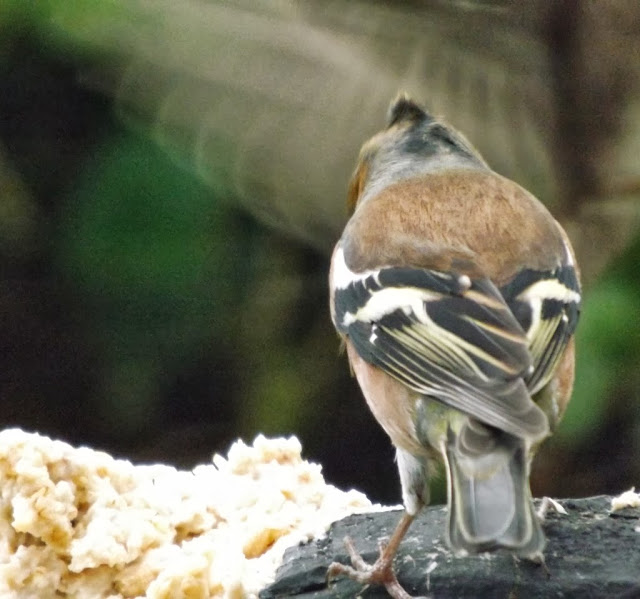 Not very sharp, but I loved this little Blue Tit on the fading hydrangea: 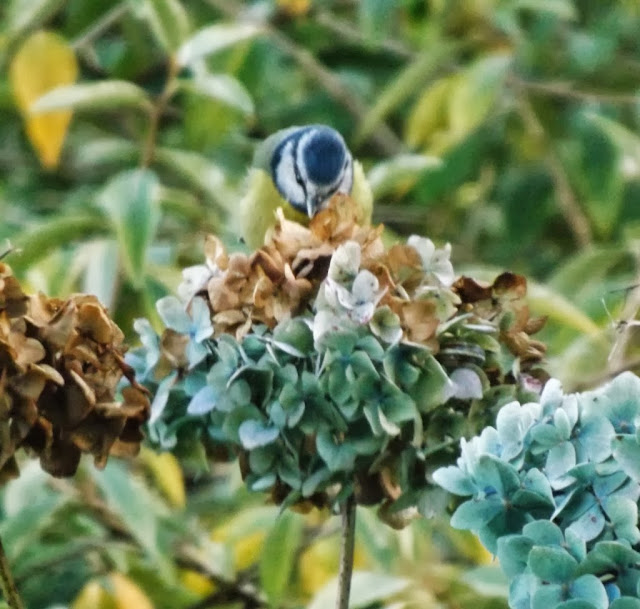 I can't remember which foal this is but it's grown a lot and definitely isn't black any more. So much for them all turning grey: 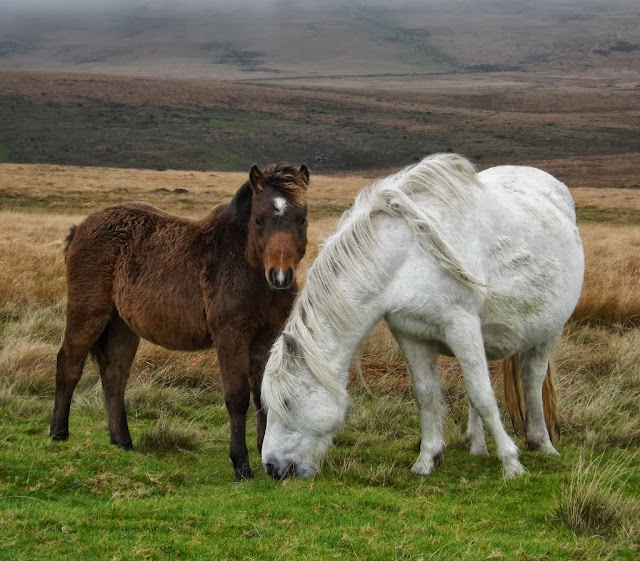 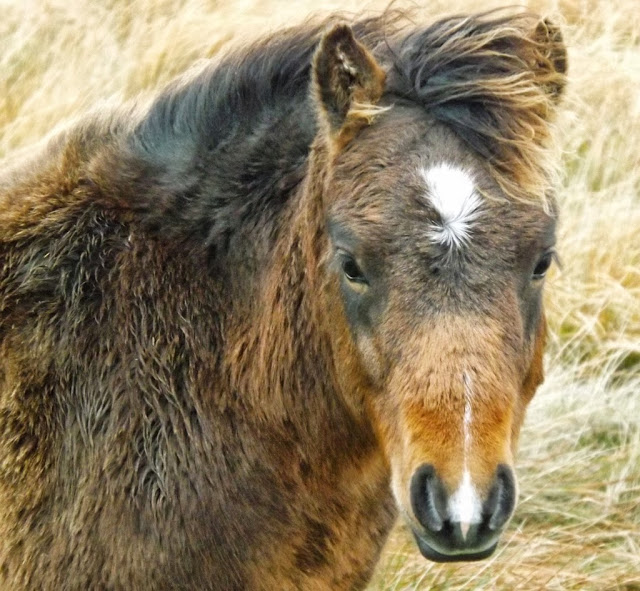 Back to fungi.....and those found on the endless gorse, both dead and alive. I've never seen this strange, flat and slightly pitted one: 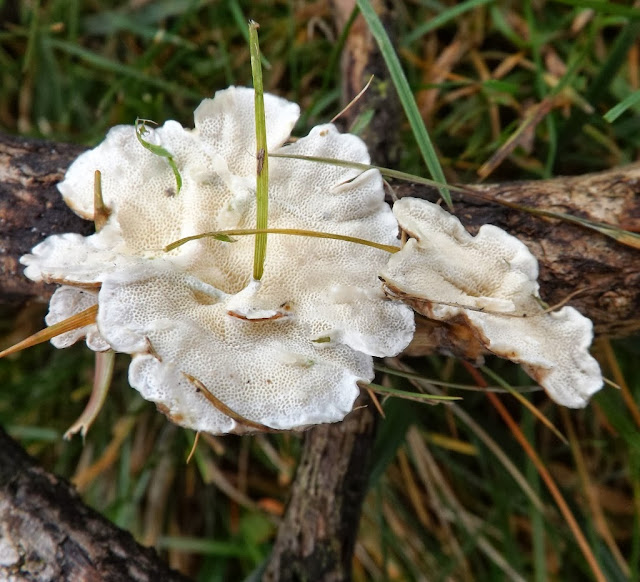 I think this is an older version of the last: 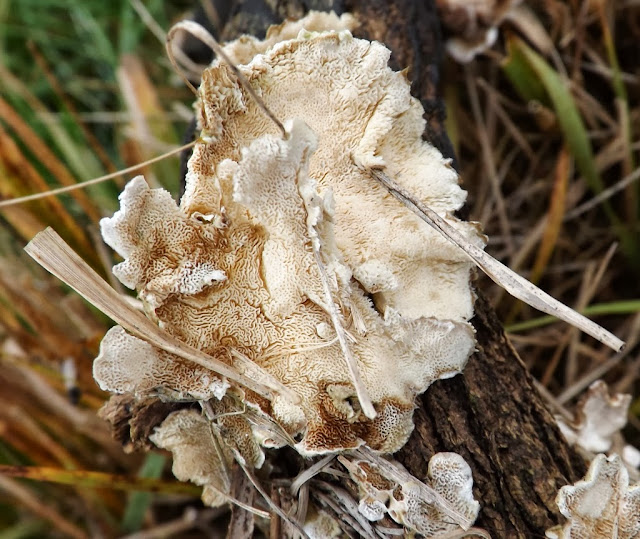 If you have a brilliant memory, you may remember the black Witches' Butter fungus I photographed last year. This, I now realise, having photographed it many times, is the yellow version, also known as Yellow Brian, Golden Jelly Fungus and Yellow Trembler: 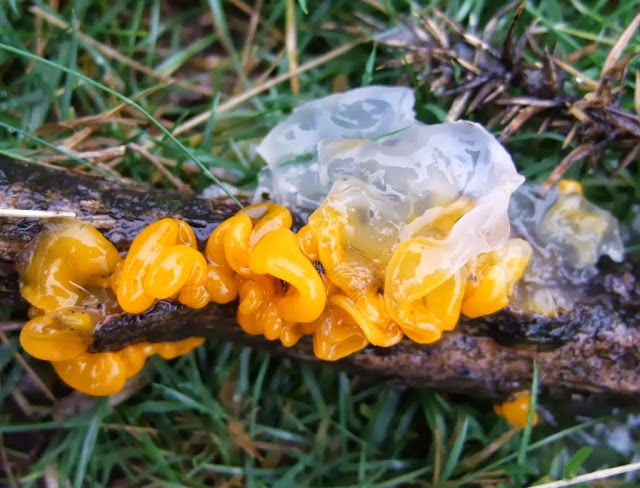 Does anyone know what these TINY little red fungi are? About half an inch wide, if that: 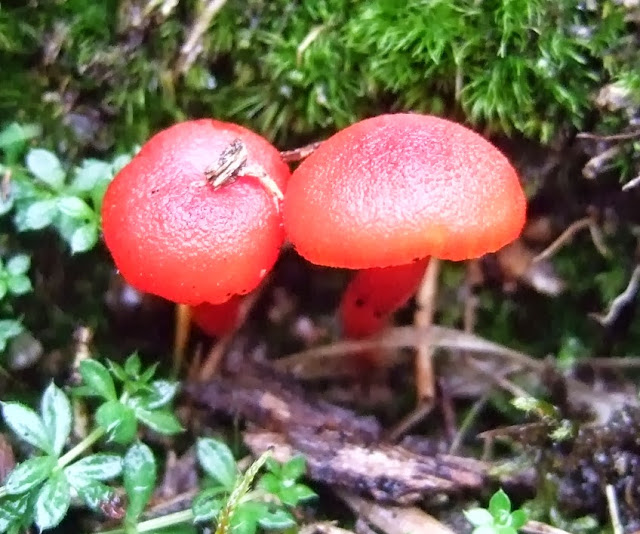 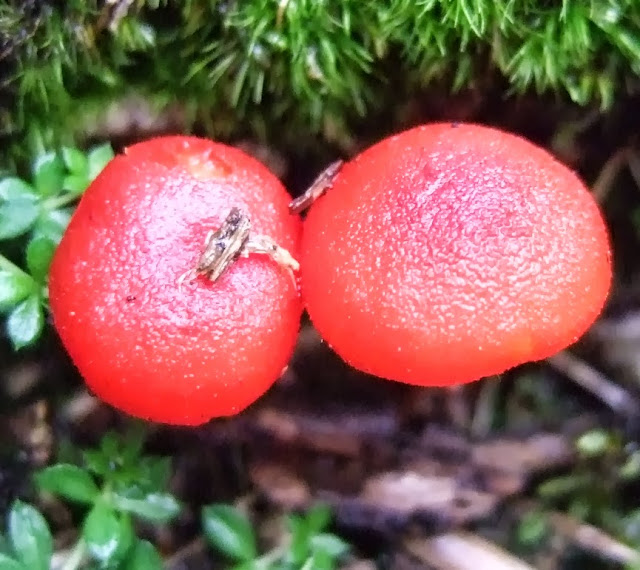 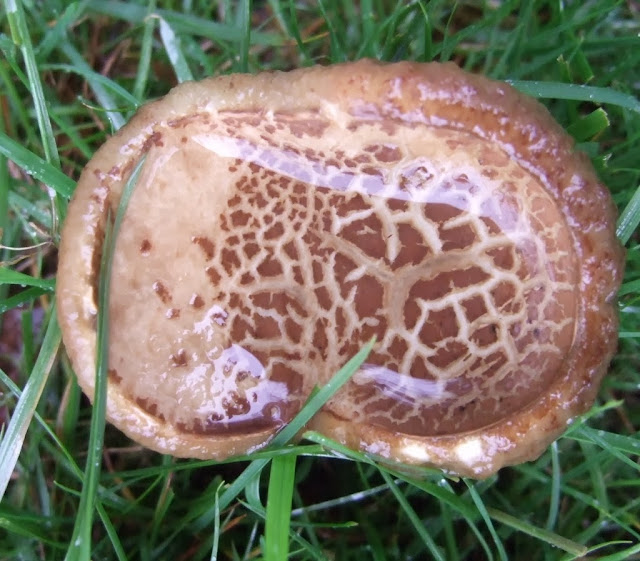 These look like tiny Chantarelles but I'm just not sure: 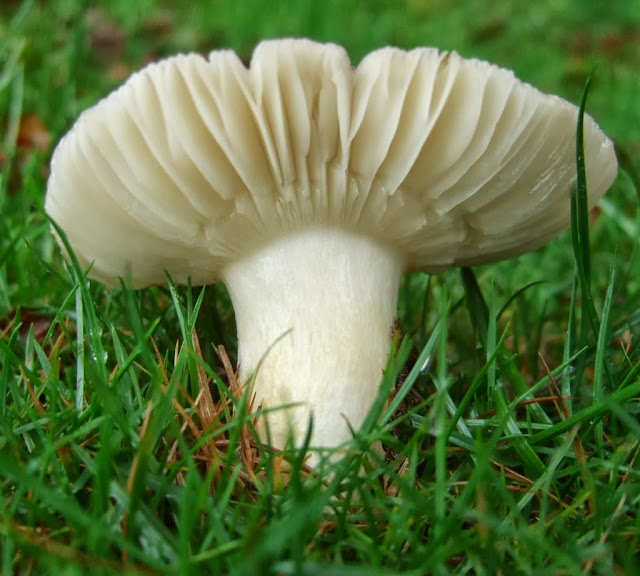 Three ponies in the rain: 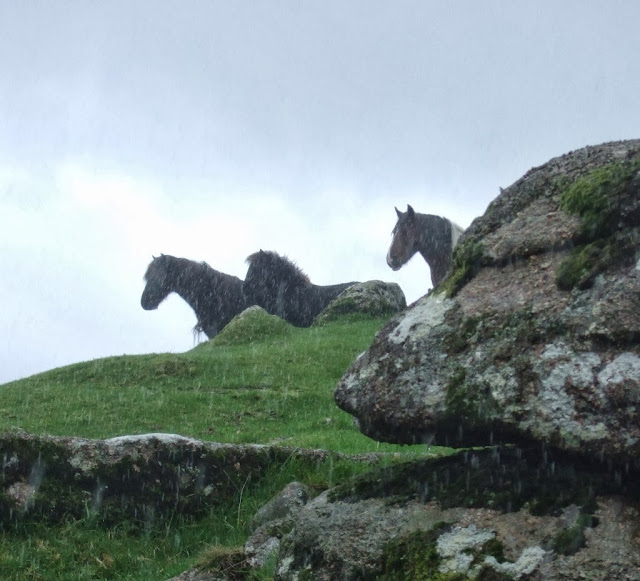 And then there were four.... 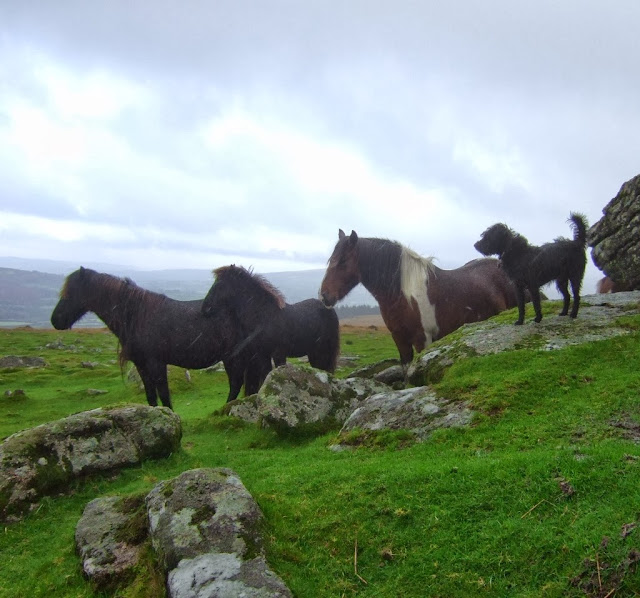 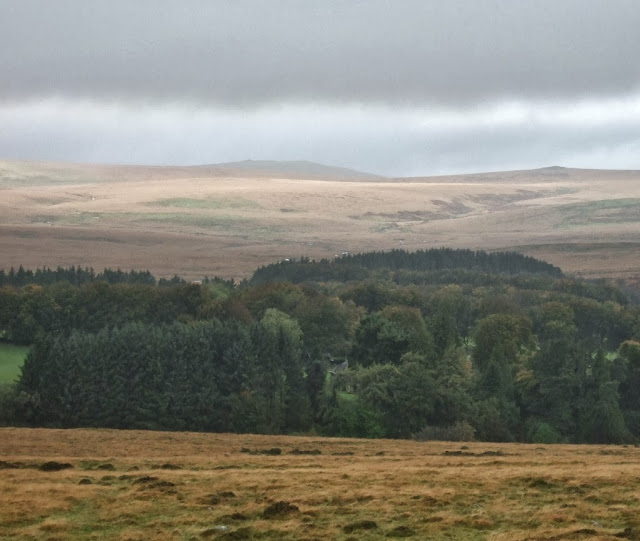 Most of the Beech leaves have gone from the trees on the fringe of the moor: 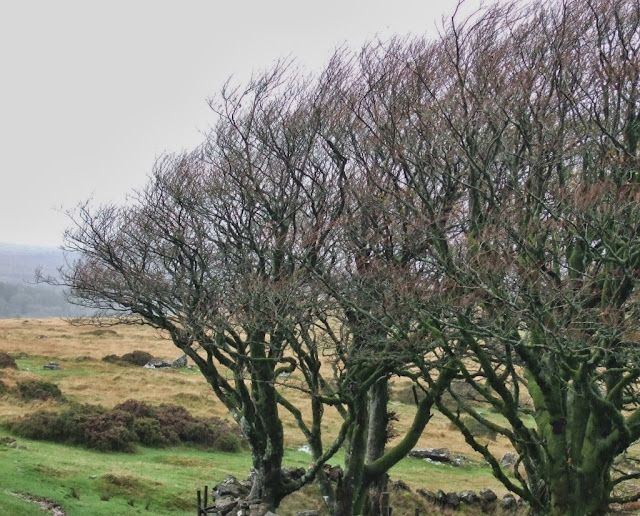 We've had a couple of days without major rain, but more is due tonight. I'm back wearing wellies walking, which isn't good for my feet, but the alternative is trench-foot from boots that just aren't up to the job. Fine in a shower, but once the ground is saturated, rubber is the only option for me unless I have some kind of miraculous financial windfall and can buy those boots whose price make your eyes water. Anyway, the fire is lit and the smell of smoke and autumn leaves is in the mist outside. The dogs are out of the habit of their evening walk now until spring comes and are asleep in their baskets. Until next time, here's Jack in the grass. I love the second one. 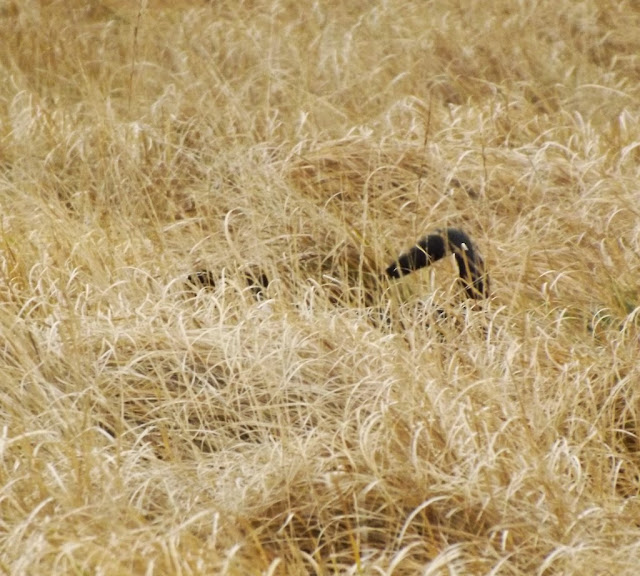 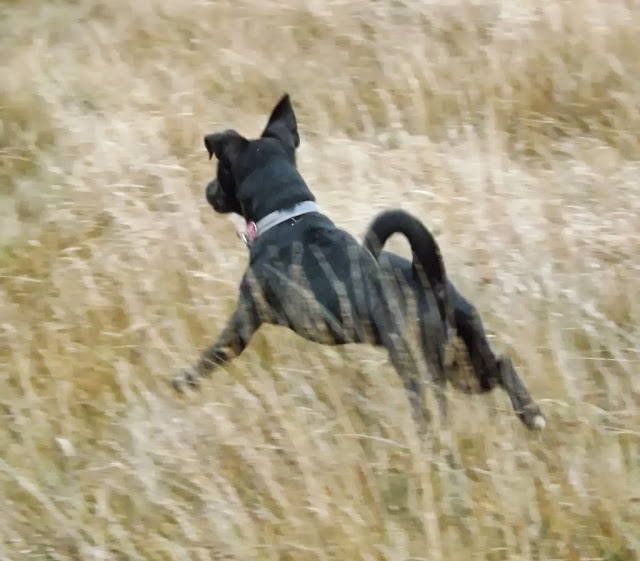