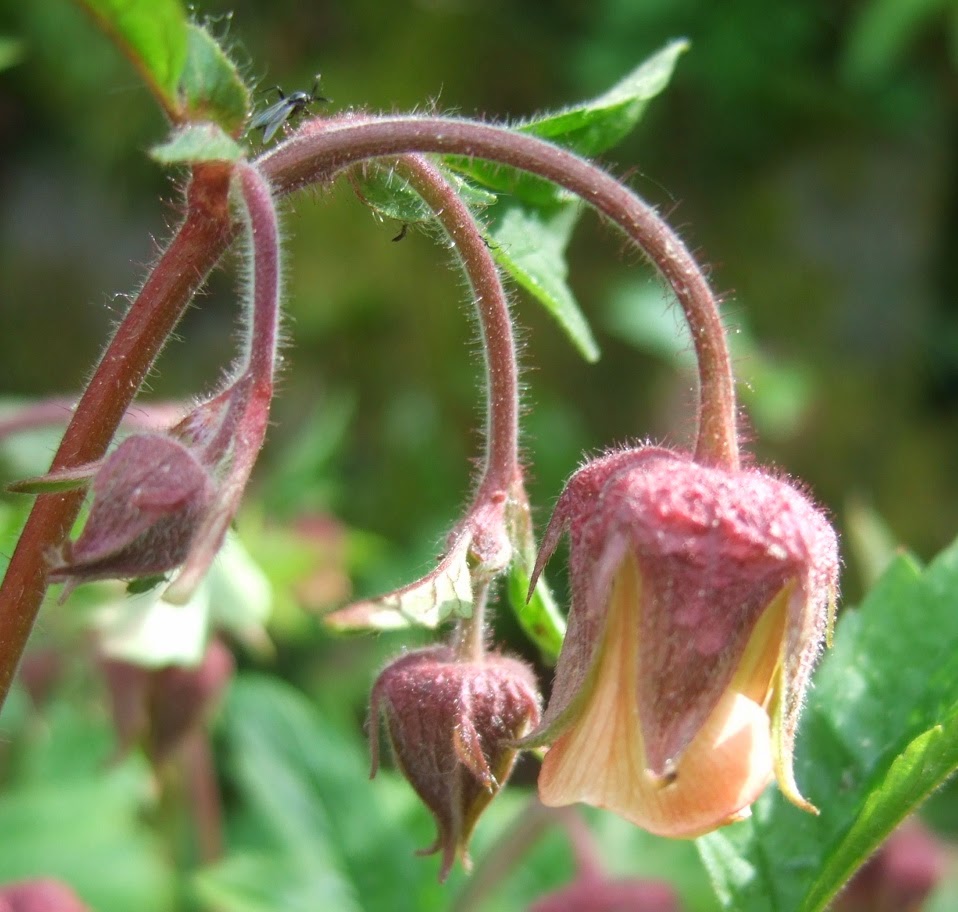 Just a quick one to say farewell for the week and thank those of you who left very supportive comments after the last post, particularly those who confessed their own car related shame. A brief update......am still wrangling with the insurance company having decided we'd like to keep the car and get it mended ourselves with the settlement. A local mechanic has said he can do it. It amazes me that the insurers can write it off without even seeing it but there you are. Doesn't look like it will be sorted before we go away. Our lovely neighbours will be looking after Trigger and the plants. I spent an hour I could ill afford today making bracelets out of copper wire to put around the bottoms of all the vegetables; they do seem to be helping and without M's nightly slug patrol for a week, we're going to need something. 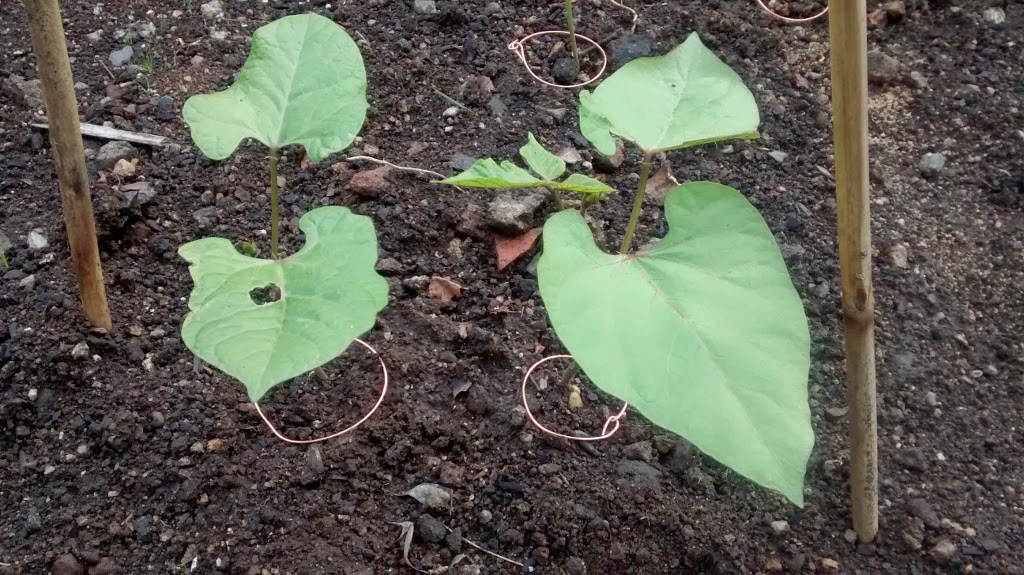 Camera news......I sent the birthday one back to the supplier on Tuesday, they got it yesterday and fingers VERY tightly crossed, they have sent the replacement today. This means it COULD be here tomorrow. I MIGHT have it for Scotland. In the absence of anything other than my phone and the little point and shoot, here are some shots from the garden when it was sunny yesterday. 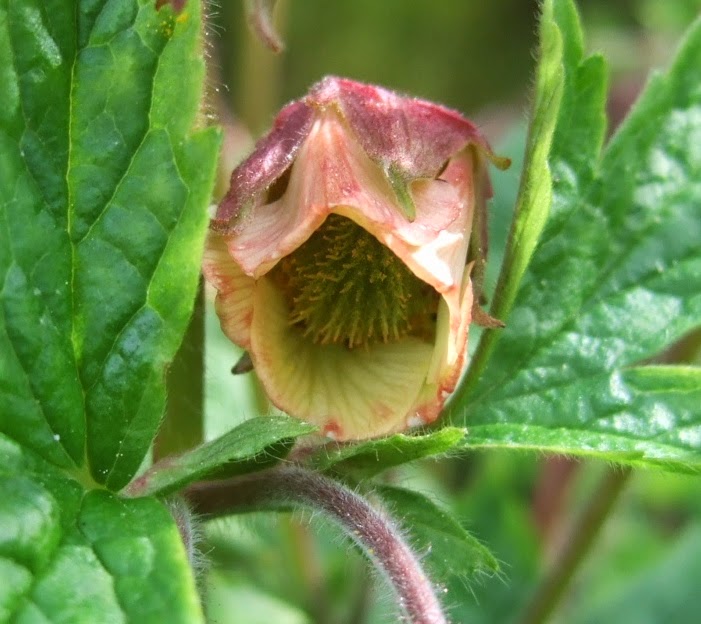 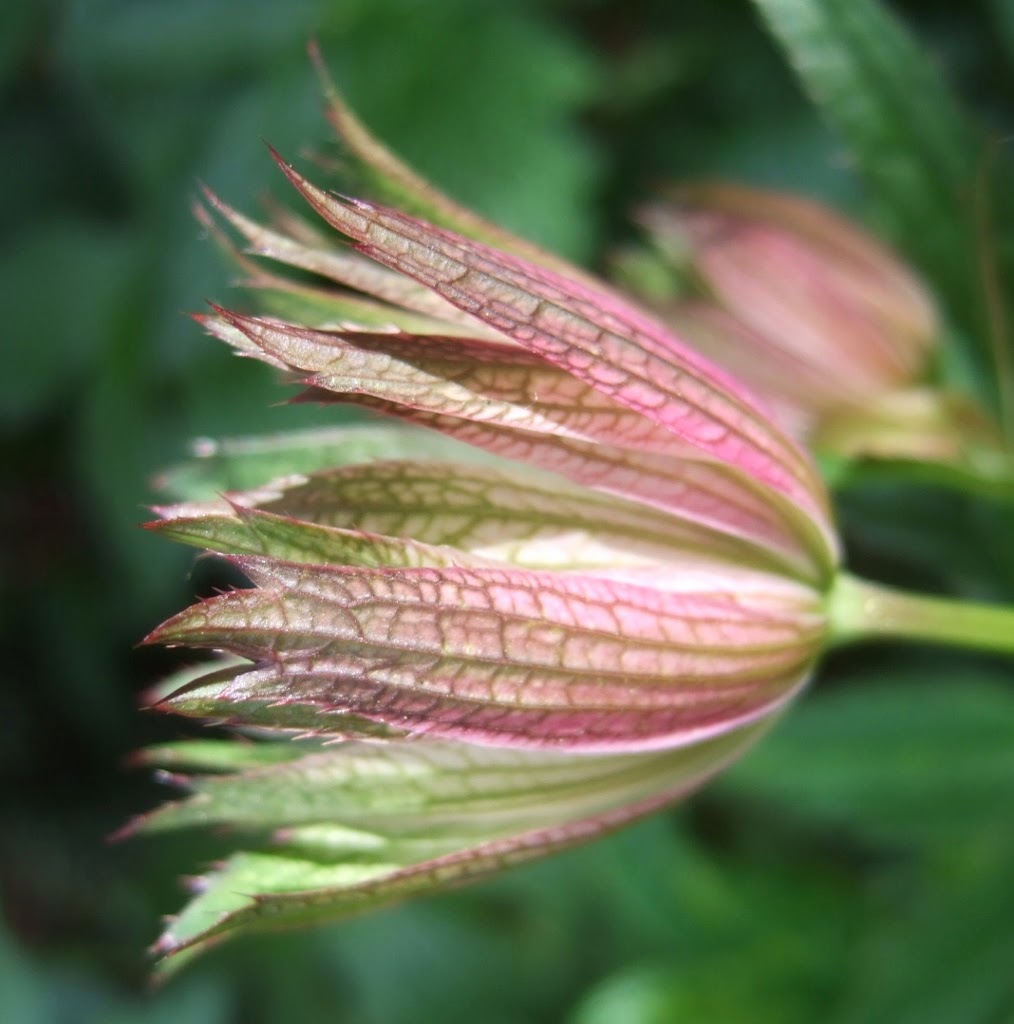 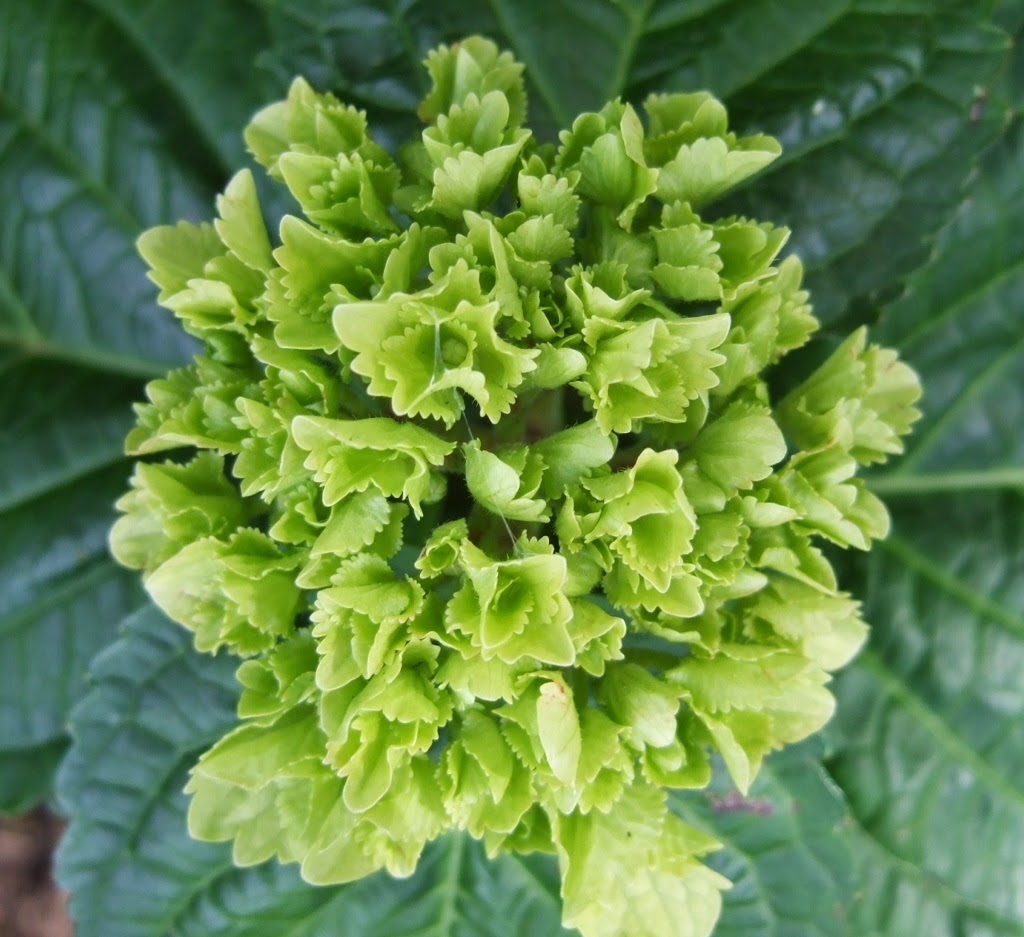 Astrantia....possibly Red Ruby but I'm not sure: 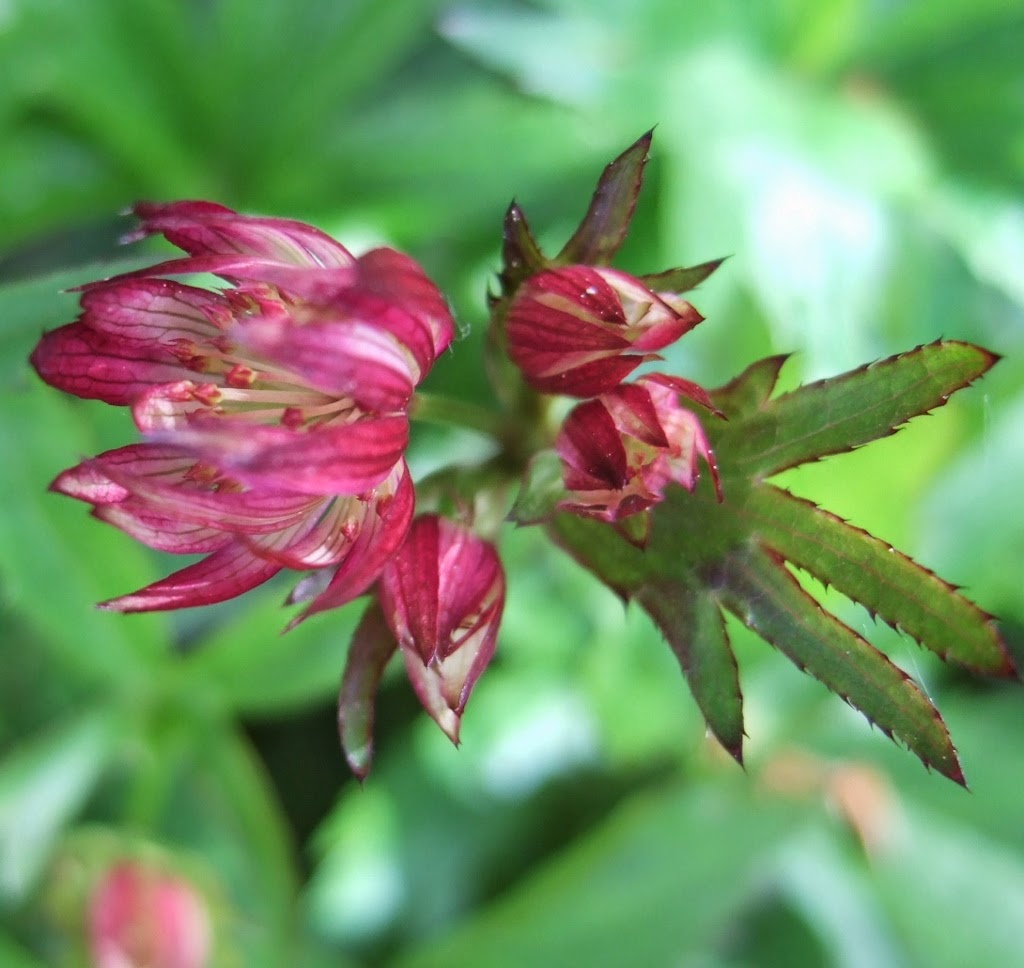 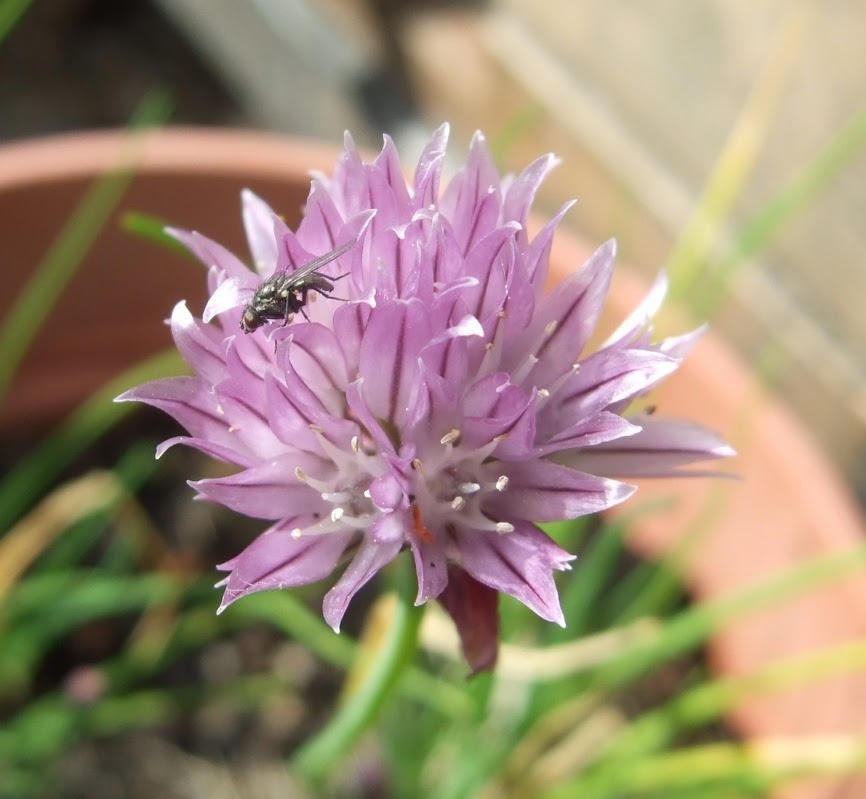 I saw this tiny lichen when out with the dogs yesterday and wanted a closer look. The cup was only about 3/8 of an inch or half a centimeter wide. Just beautiful: 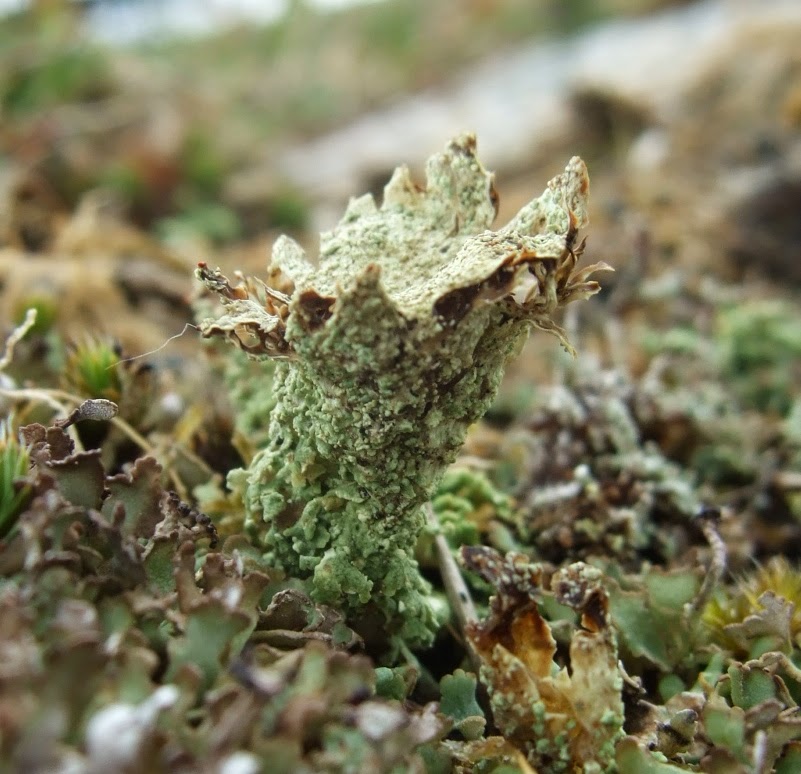 Jack cooling off in a stream: 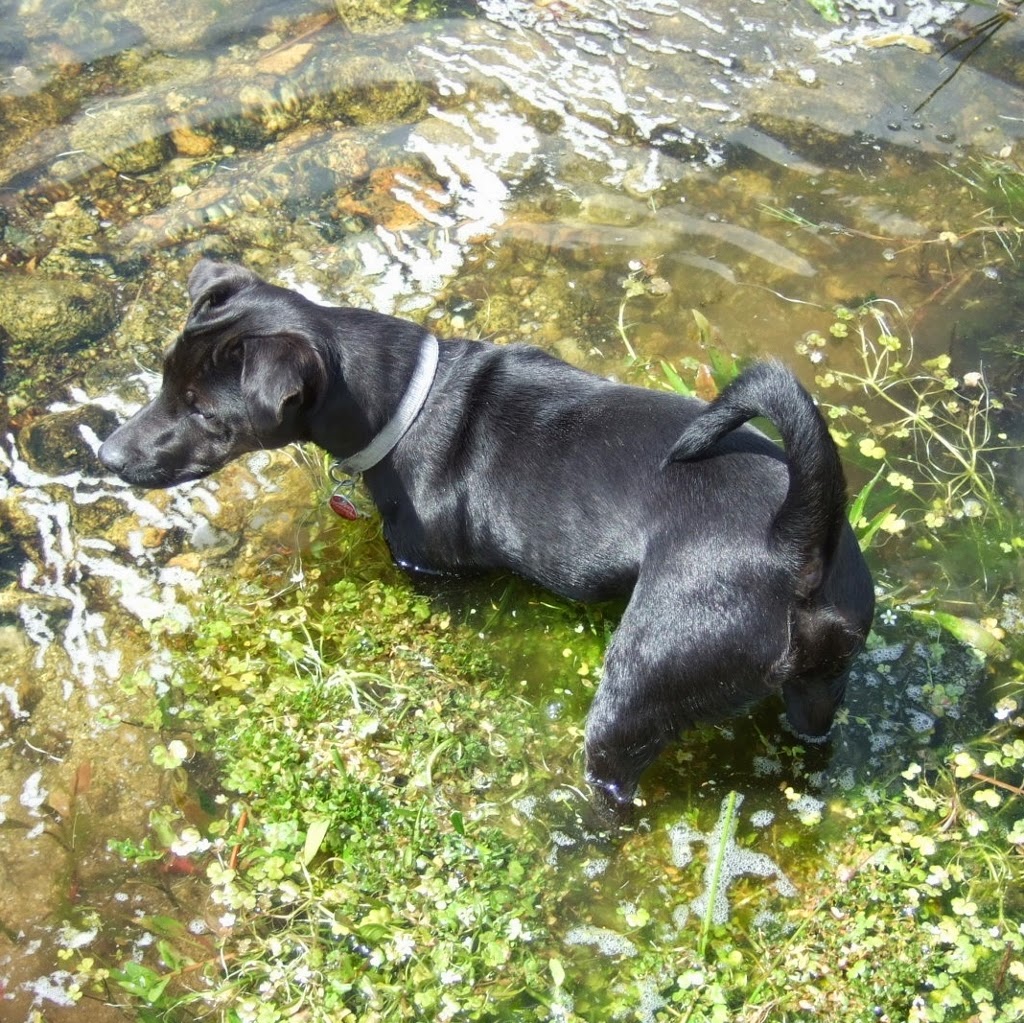 Wide angle from the little camera: 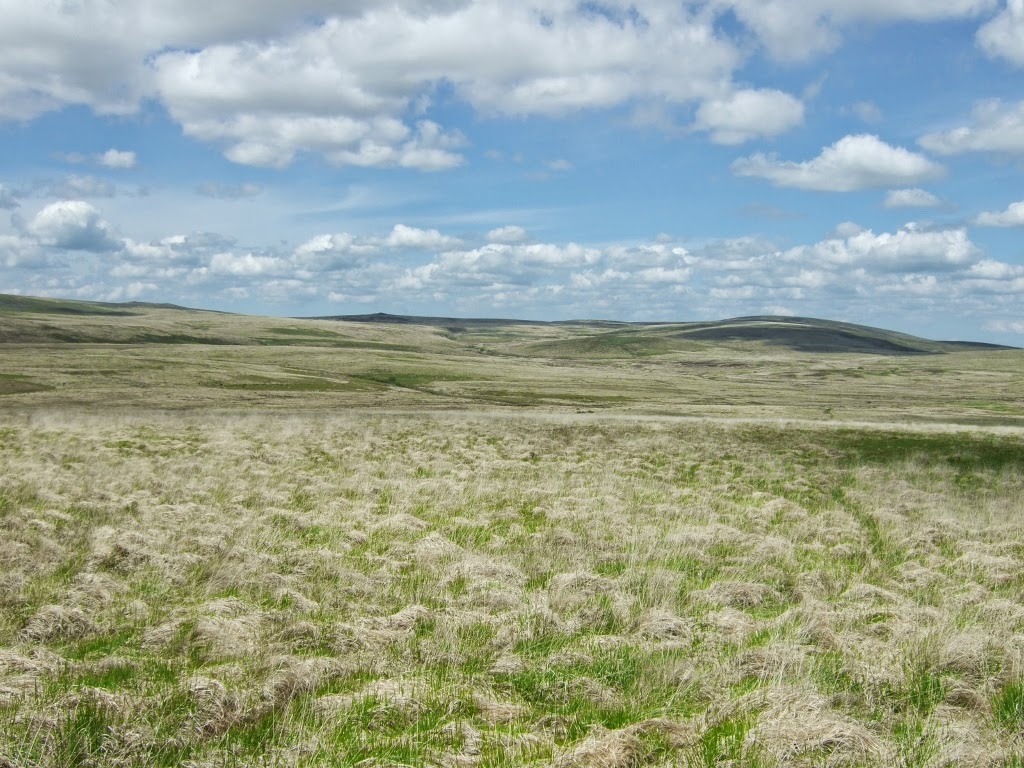 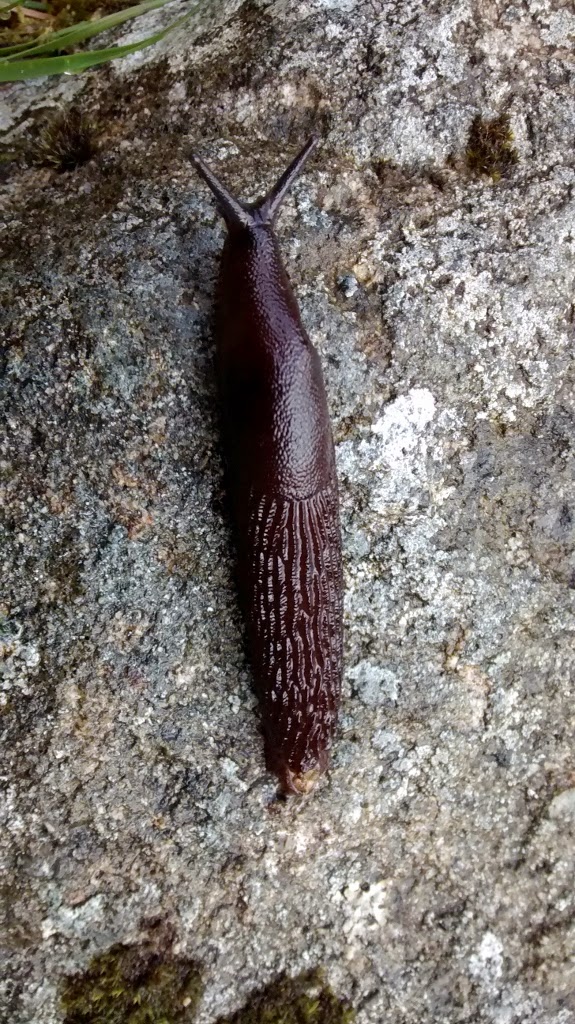 So, I'll be away for a week and am unlikely to have a phone signal or internet access. I'll miss all those other blogs but it's a holiday from everything. First proper one since 2010. I had my back shattering accident four days before we were due to go away in 2011 which was most inconvenient. The forecast for Loch Goil is cloudy for the next ten days but no rain. Do I believe that? I do not. Keep your fingers crossed for me regarding the camera and until next time, here are the dogs tearing a bank apart; ecologists they are not. 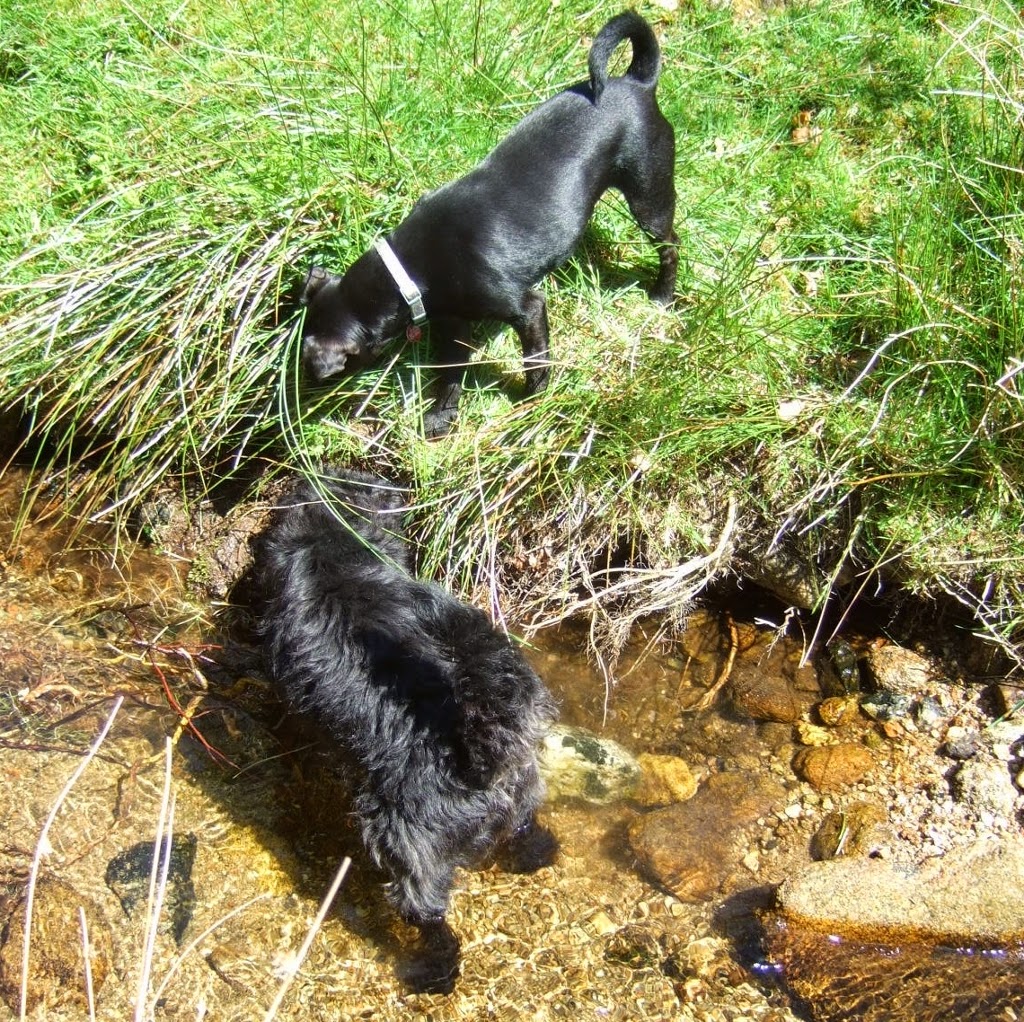