EASTER HOLIDAYS ARE OVER & THE FIRST SWALLOW

Two weeks of being my son's social secretary with a throat infection thrown in are over, and today Snippet and I went for our first proper walk. A beautiful day with the skylarks singing and a heat haze, despite it still being pretty cold. I saw the first swallow up here yesterday but, despite numerous sessions sitting with the camera outside the nest box,  still no pictures of Nuthatches. I can hear the babies and their parents shouting close by, but they're refusing to allow photography; I was wearing a leafy twig on my head today too.

Trigger is looking very thin after winter so I'm trying to feed him up. Today I found he has mastered ducking under the non-electric electric fence to alternate between friends. Last week he had his feet trimmed and there is a tiny bit of separation in the walls unfortunately. It's been ages since he's had any problems. He is barefoot; never been shod, so his hooves are lovely and hard. However, when he arrived, he had never had anything done to his feet other than having the toes clipped off, so it took some time and work with Anna's help, ropes gently lifting his legs, to get him used to them being handled for any length of time. It took over a year for all the infection and separation he had to grow out and to reshape his pointy toes, but now he is fine. Pretty soon my back will be up to taking him out on my walks with Snippet which will be lovely. I do miss riding very much, but the potential consequences of coming off now don't bear thinking about! 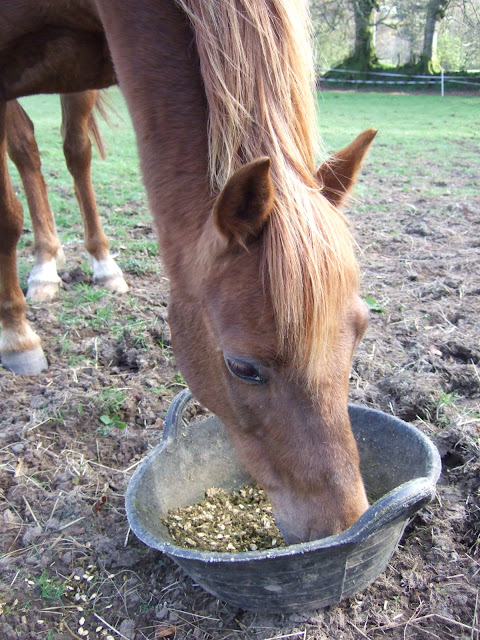 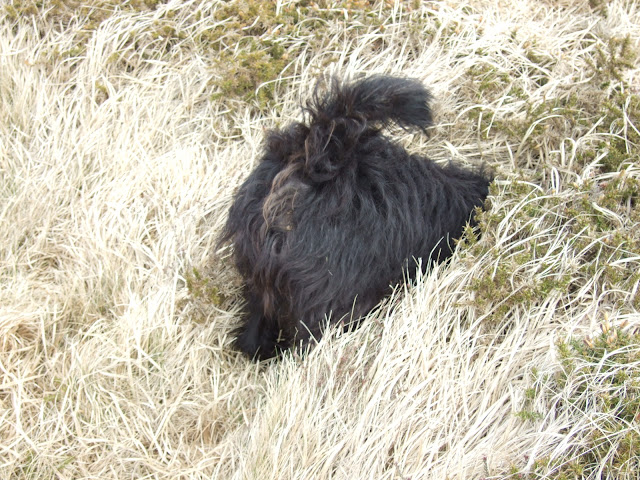 Snippet doing what he does best

A few weeks ago my son and his friend rescued lots of tadpoles from a rapidly drying out puddle on the moor. We put a few of them in a tiny pond in the garden and they are doing really well. There were hundreds and hundreds of them when we did it and the puddle was gone two days later. He and my partner saw a great crested newt out there last week too. No adders recently though.

I saw Betty today. I had only spotted her from a distance in the last few days so it was nice to see her looking so good close up. No sign of giving birth yet; neither her nor any of the others. I've had no chance to draw at all for such a long time so I must get down to it this week. My paper samples have arrived at last so I can get organised printing and getting them advertised on ETSY. 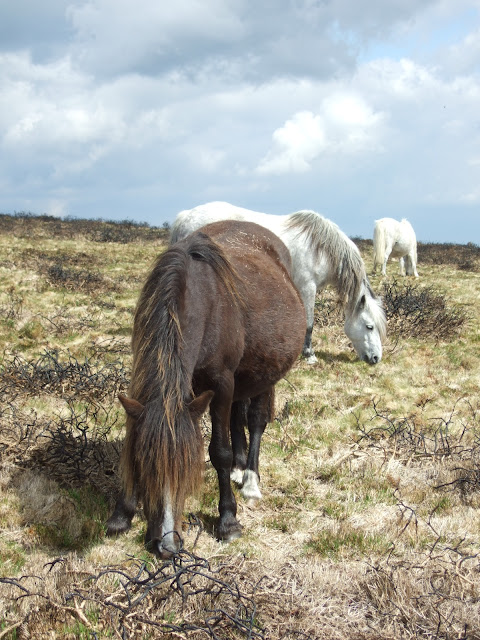 The Easter holidays were lovely but I'm quite glad to get back to normality. Off for another session outside the nest box with some new camouflage....