THE SUMMER HOLIDAYS ARE HERE

Thursday was the last day of term and we are now well into the holidays and seven weeks without a decent walk I fear! Never mind; my son deserves a great holiday. He’s worked so hard at school this year. He was moved up from year three after Christmas and joined the combined year fours and fives, leaving his group of very good friends behind. He knew some of his new class as he’d been doing maths with them for the autumn term; he has an inexplicable talent in that area! He was given the choice and we were staggered that he agreed to do it. I know I couldn’t have done so at his age. On Wednesday, he was presented with an award for achievement in the church and we are so proud of him. Here it is - the shield looking shiny on the shelf! 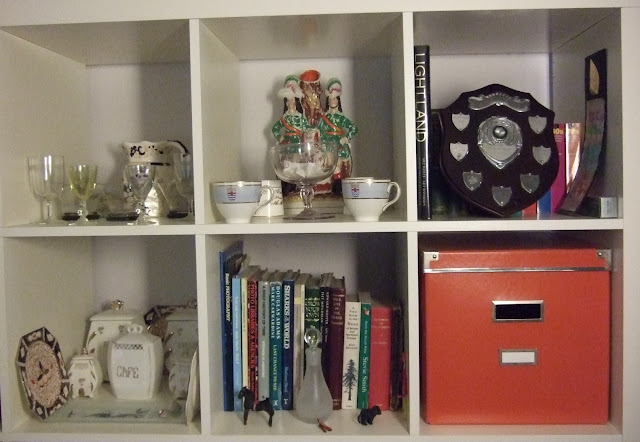 This weekend is the Chagstock Festival, which is apparently quite famous now. I’m ashamed to say I’ve never been but enjoy the sight of it from the moor, here sparkling in the morning sun –
yes, SUN. 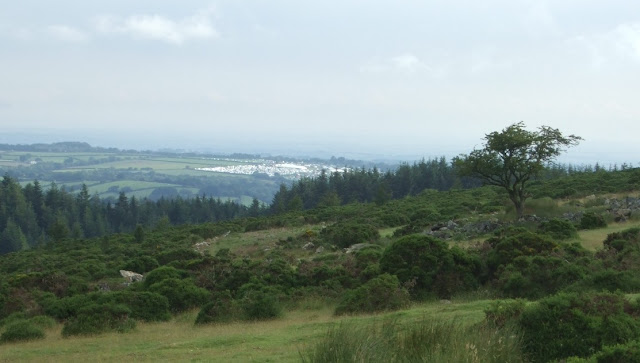 A few days ago I braved the marsh in order to get to Lizzy and Betty but had to turn back as I found myself sinking VERY slowly into it. I realised before it reached the lace holes in my boots thank goodness but before I did my tussock jumping out of there, managed to get a few shots of them and the altogether lighter Snippet amongst the cotton grass. 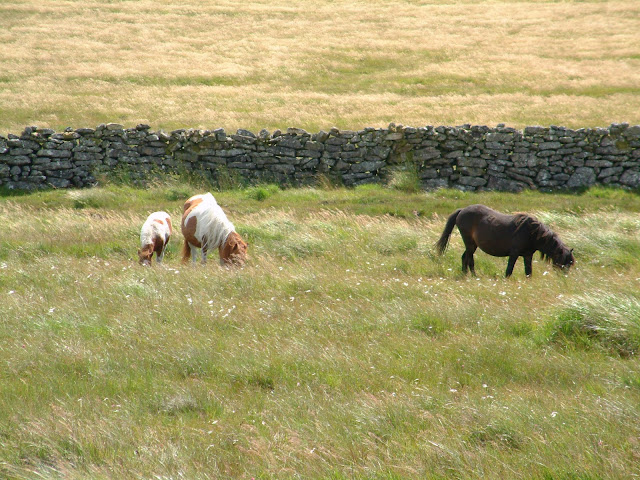 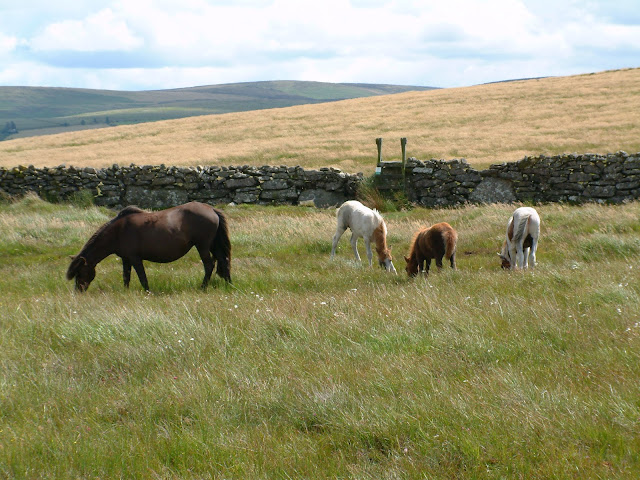 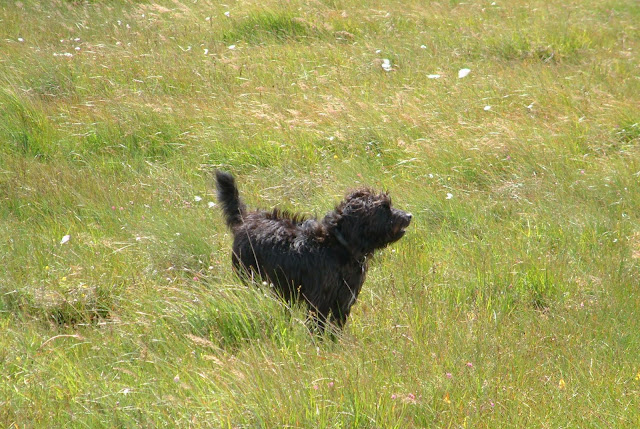 That day, foal number two was hanging out with the geldings. He really is growing up much faster than the others. Even foal number one still looks younger than him. Here he is on Friday morning too where I think he, his mum and a few others had slept the night before. 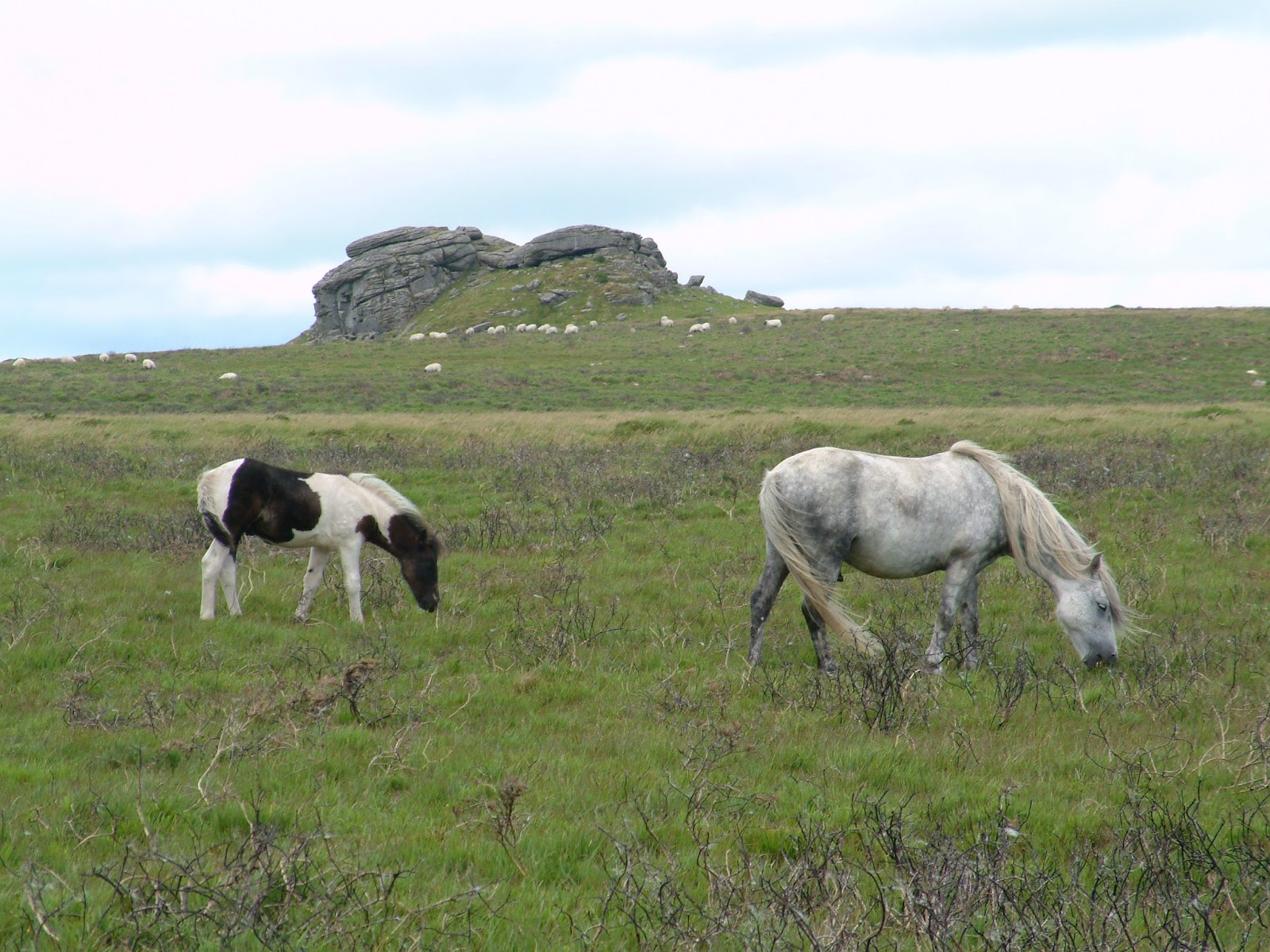 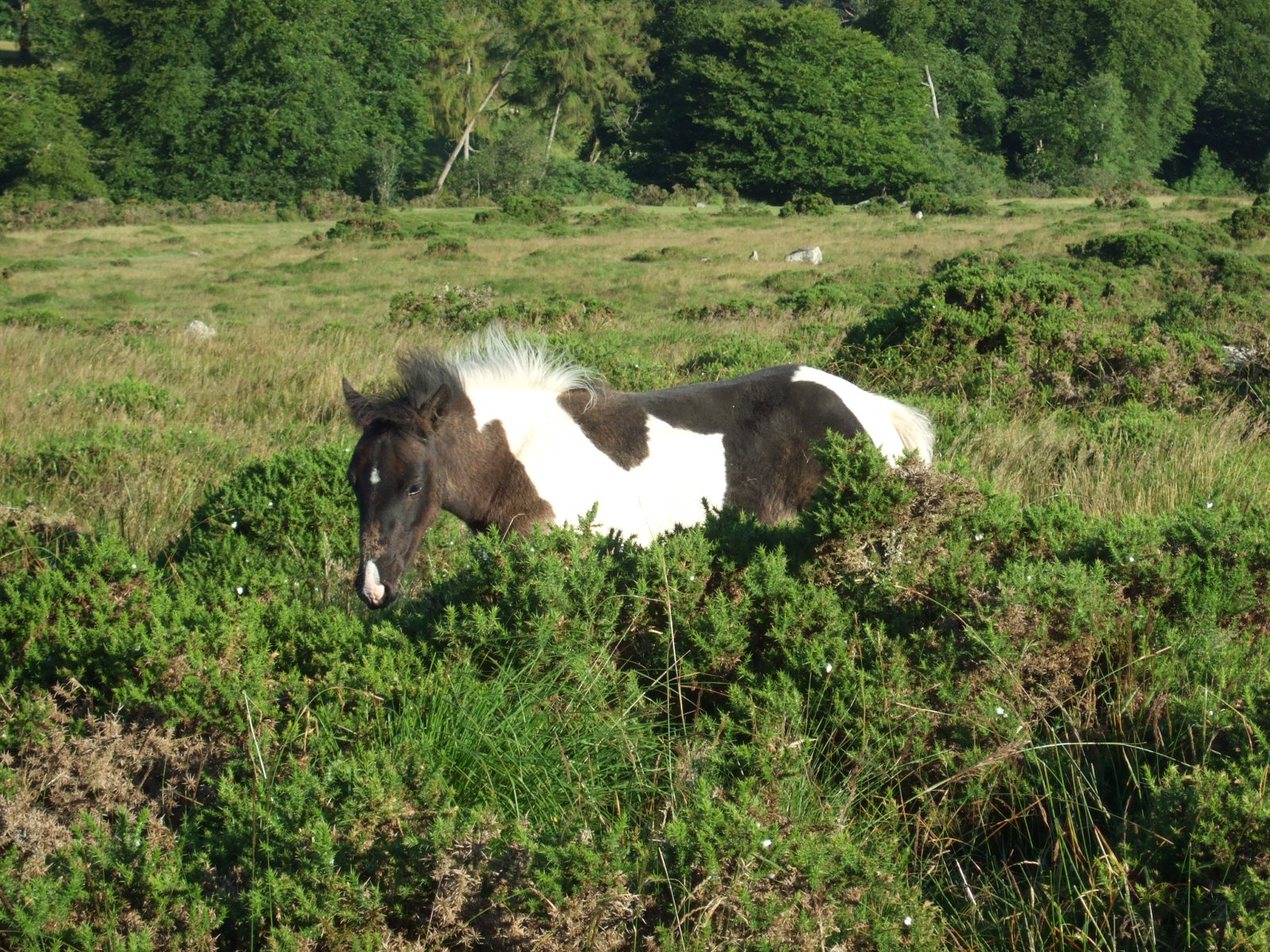 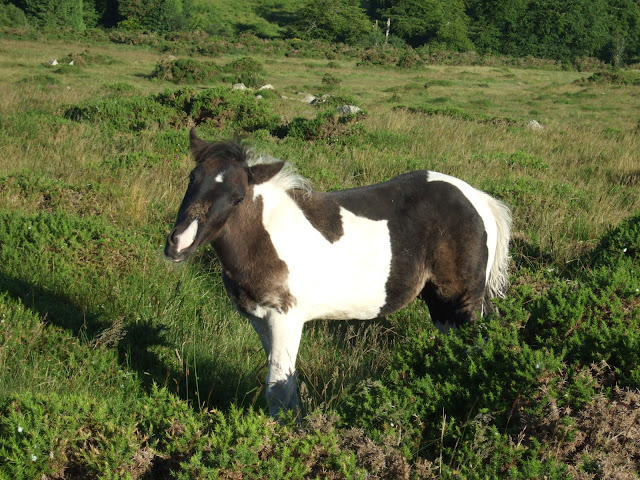 On Thursday afternoon, I took a little film of foal number four approaching us and staring at Snippet. I think they really want to play with him and often try and nudge him. When he scampers away, they often scamper after him. I usually put a stop to it at that point but it’s very sweet to watch their playfulness and them gaining in confidence.

Finally, a few more pictures from the last few days: 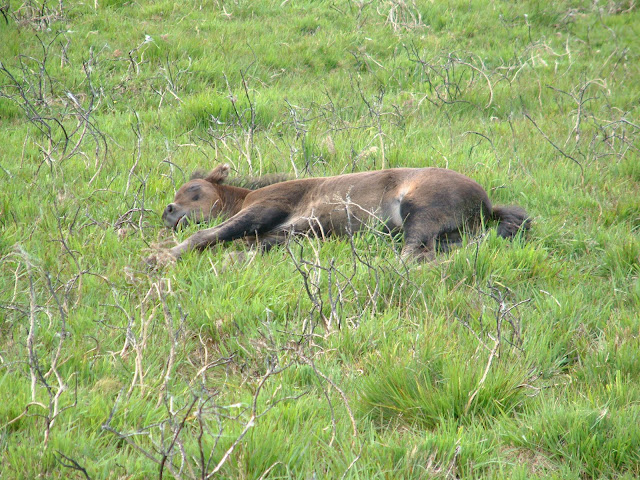 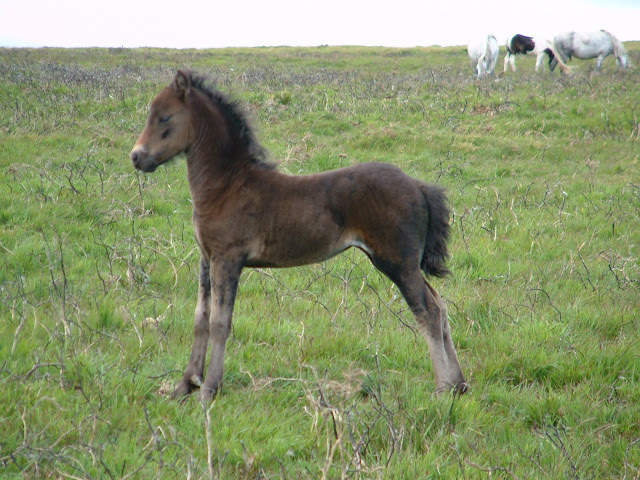 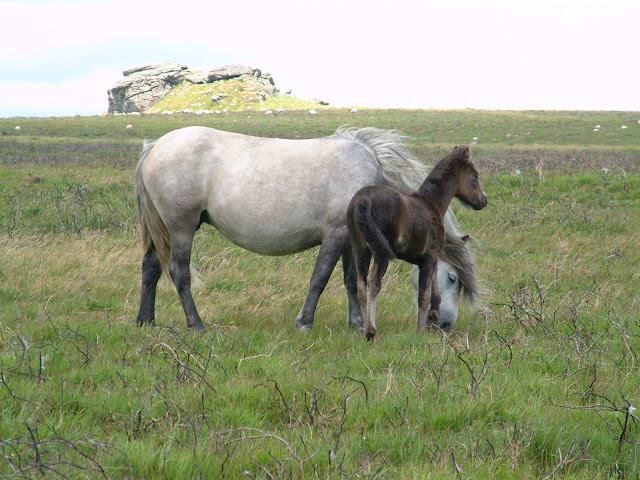 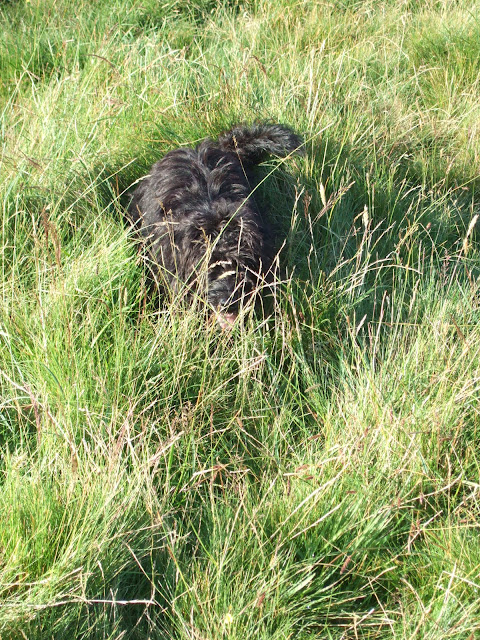 A Snippet in the grass 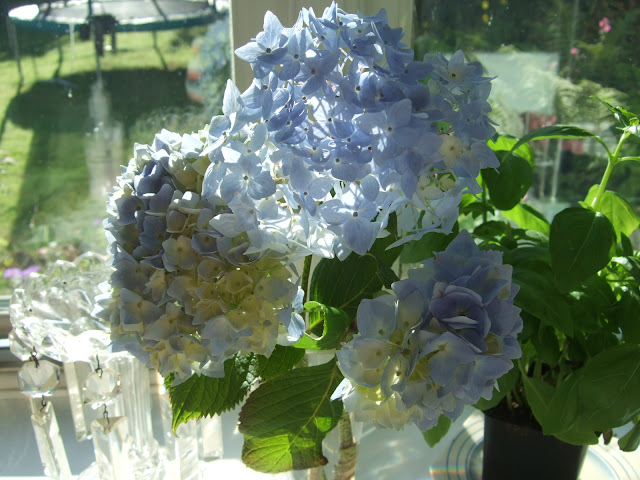 Hydrangea on the window sill 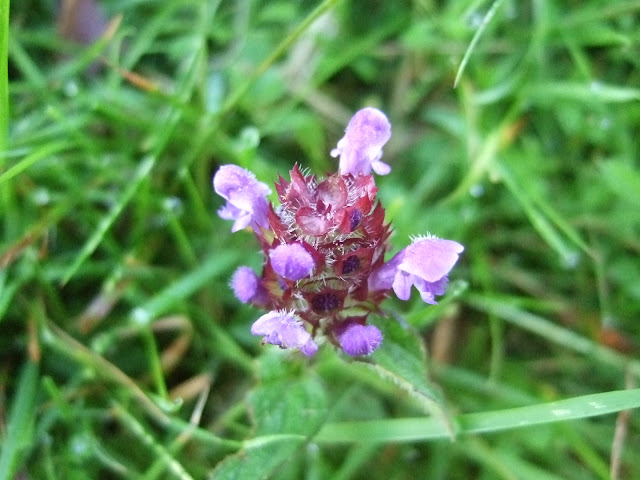 Tiny Self Heal in the grass 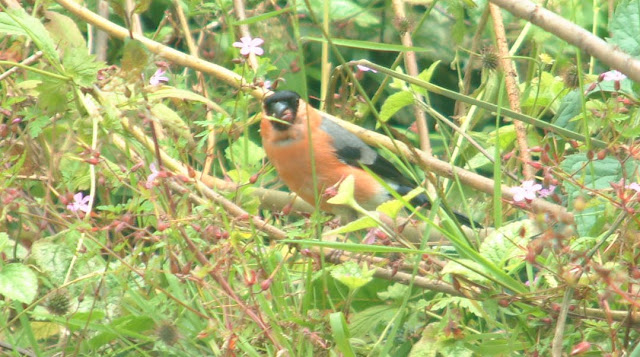 I can't say what kind of quality posts are in store over the next seven weeks so apologies in advance, but till next time, enjoy the sunshine.