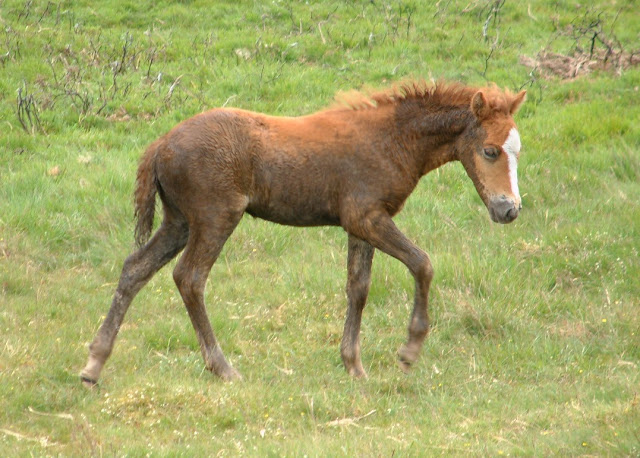 Yesterday I walked over to see the herd over in the marsh that they've been frequenting so much. When I got there, I could see Betty but not Lizzy, which was very odd. However, as I was on my way out, I heard the tiny thunder of hooves behind me and there she was, covered in mud and, I would say, suffering that flush of adrenalin one gets after a brush with near disaster. The above picture shows how deep she must have been in the bog. I have no idea how she got out. I managed to take a little, very inferior quality movie on the camera of her careering about. When she stops at the end, she's having a face-off with Snippet who did very well to just sit there as asked. She was asking for something! Here it is.....specs required for those of us who've got to the stage of wearing them around our necks!

She was being very feisty with foal numbers two and (just off to do a reference check....) five. I really need to do a foal directory but it's finding the time. Here she is.... 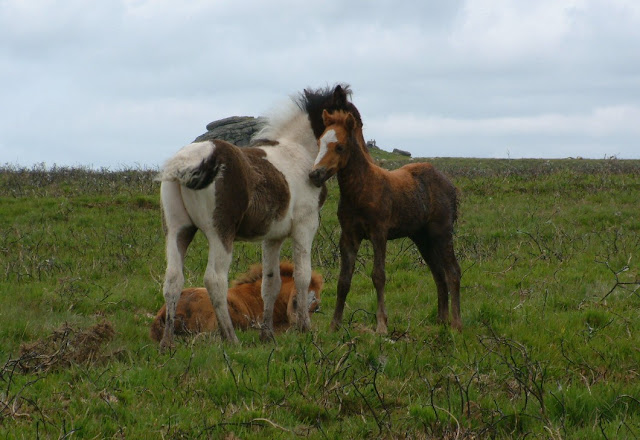 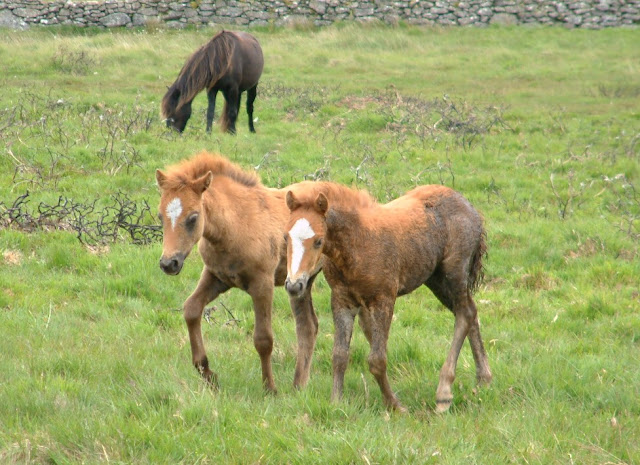 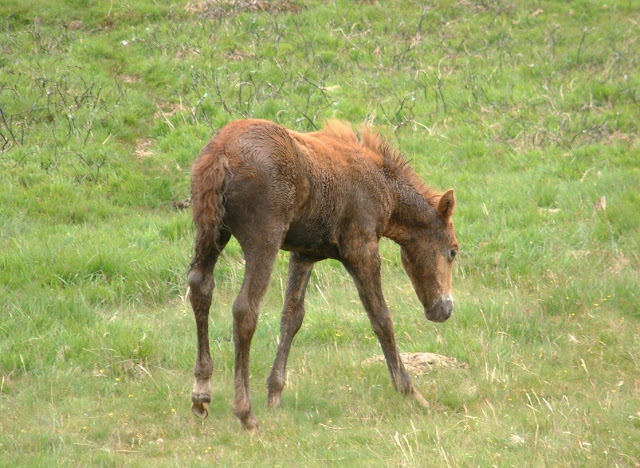 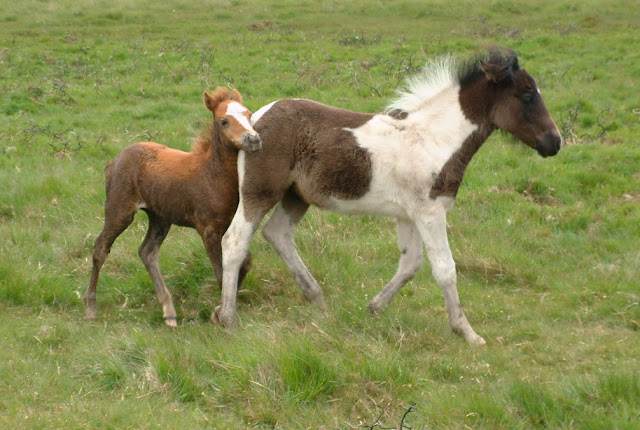 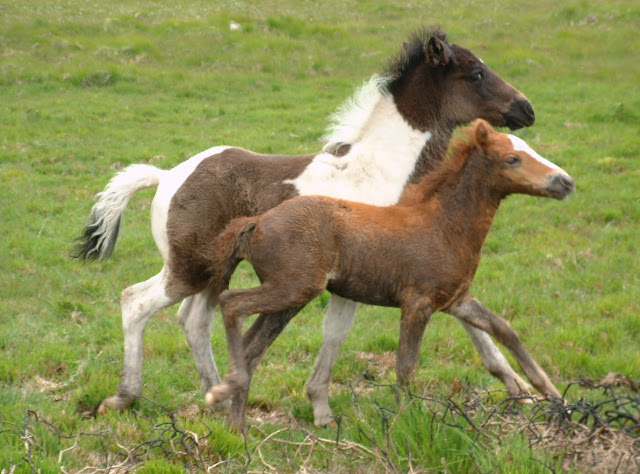 I witnessed an interesting thing as I was walking to the marsh yesterday. Foal number four, a little colt, was hanging out with three geldings about half a mile away from the rest of the herd. They followed us over there and he returned to his mum but it was as if he was being initiated into what will very likely be his future if he doesn't get sold for meat. I do hope not. 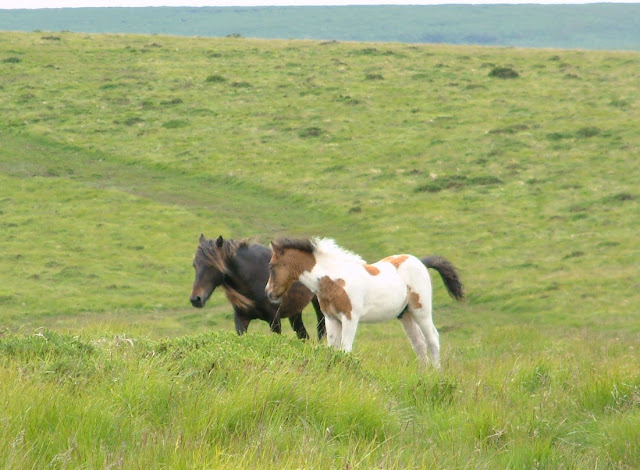 Foal number four with one of the lads

Today it's very misty and muggy and Snippet and I just went for a short walk with no purpose. He's a bit off colour and doesn't have his usual boundless energy, so I decided to let Trigger settle in for one more day before he becomes the second dog. He's doing well by the way. 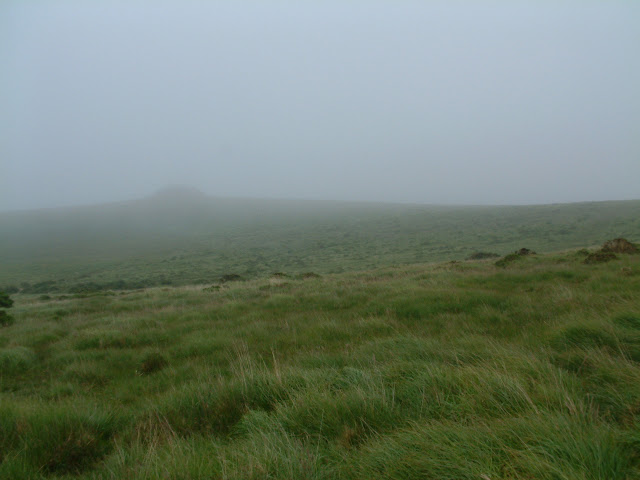 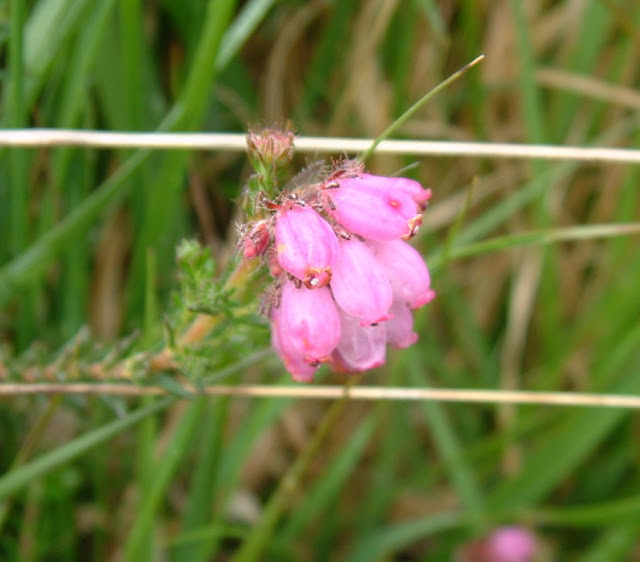 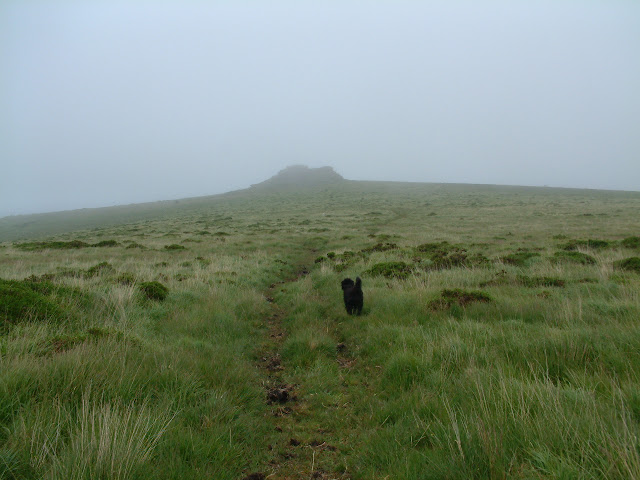 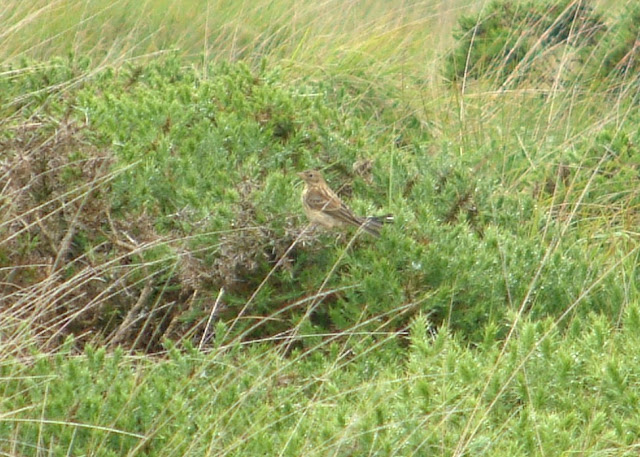 I've just heard that the injured yearling filly is doing really well and will be turned back onto the moor once she's fully recovered. Great news.

Time to sign off and go and create something with chick peas, shallots and cashew nuts and resist the temptation to pop in a bit of bacon.....