IT'S WET AND WHAT DAY IS IT? 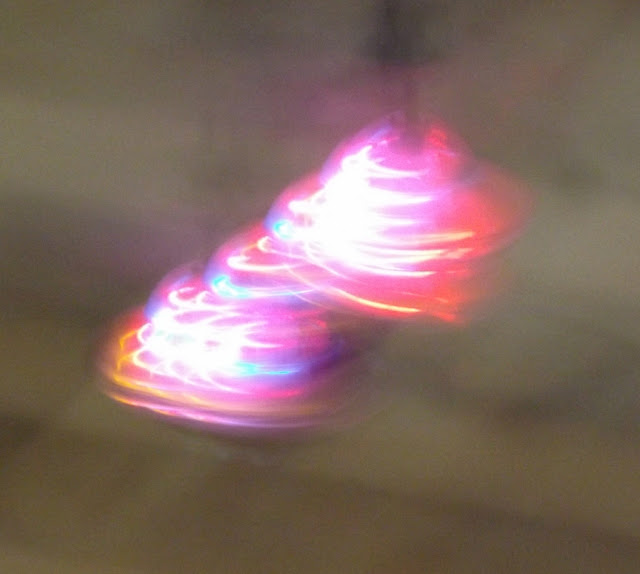 I am one of those many people who get totally confused at Christmas. I have no idea what day it is when I wake up what with bank holidays, weird and mostly unwatchable telly and bin collections on strange days. I'm fairly sure now that it is Saturday but my mind is in a state similar to these pictures I took of Origami Boy's remote controlled tiny flying UFO that he got for Christmas. Feel familiar? 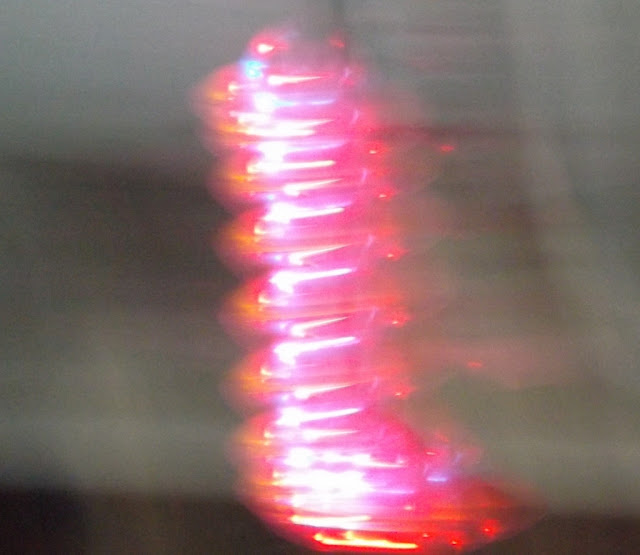 The rain, as we all know, is getting ridiculous. People who have lived here all their lives are saying they've never seen anything like it. Up as high as we are I feel we are at the source of the downward deluge. The quantity and speed of what is cascading down onto the lower ground is terrifying. I can hear it hammering against the window again like gravel in its intensity. I managed to get out with Snippet today in an hour's respite. We haven't managed to get very far up till now and I stupidly forgot my mobile so decided not to go down to the river, which I could see from afar had burst its banks. My mobile saved me when I had the accident so I feel very unsafe out there without it now. Water is not very photogenic but here are some pictures of the sodden moor. 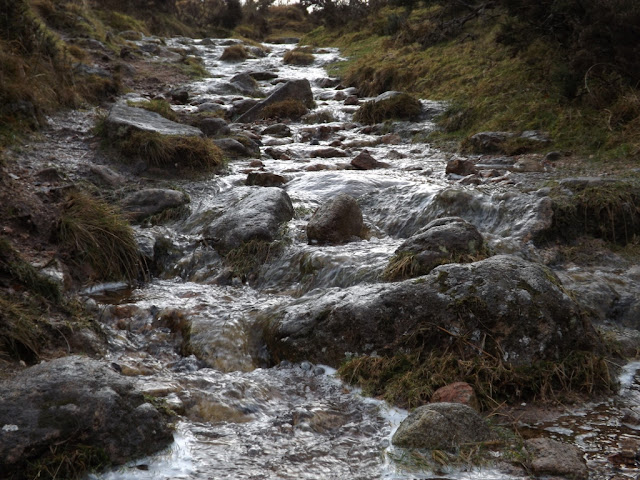 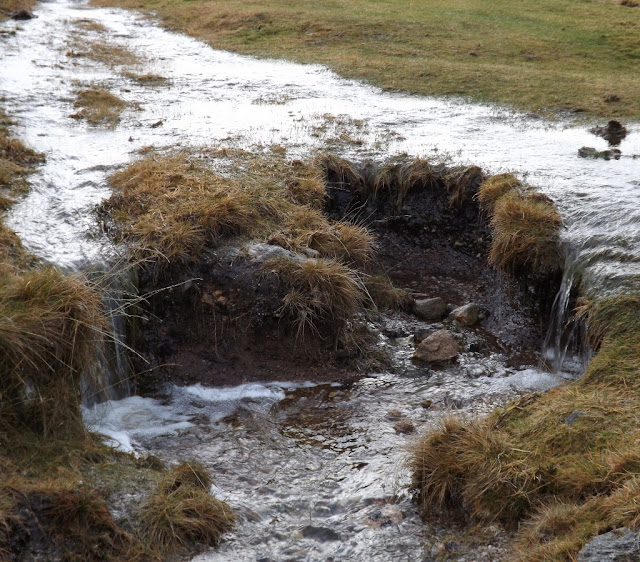 The path, increasing in length by the minute! 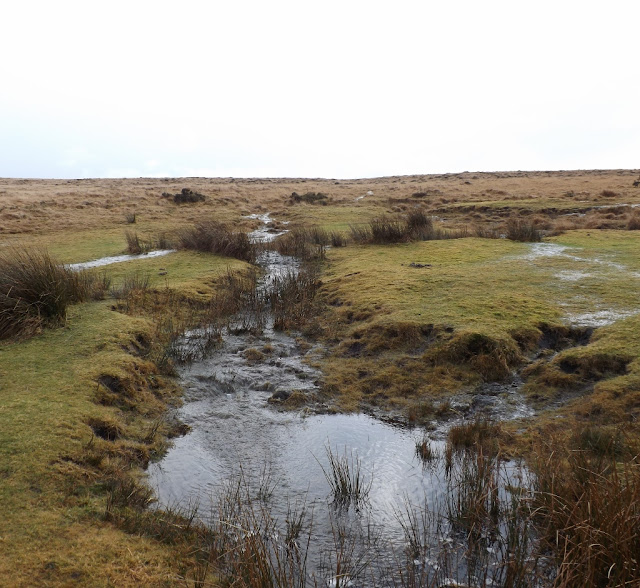 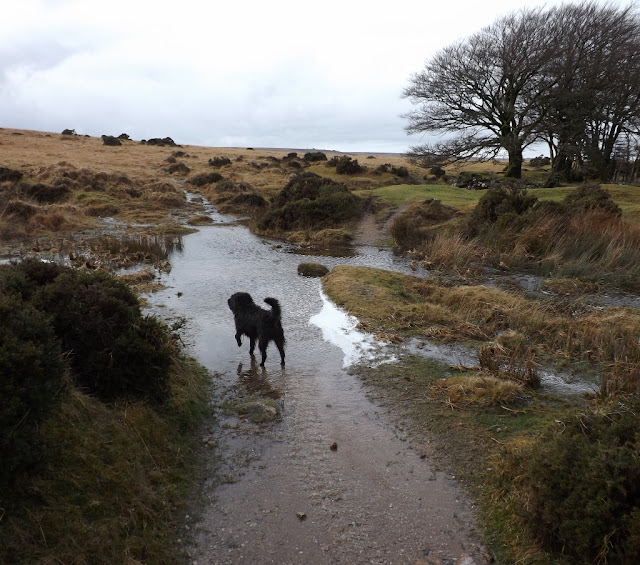 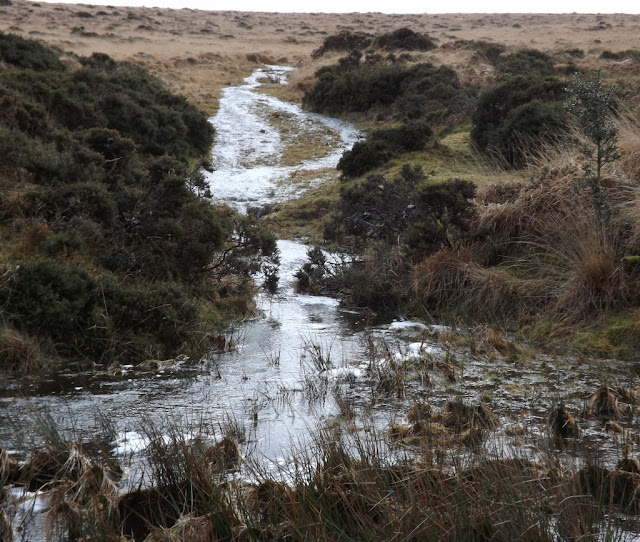 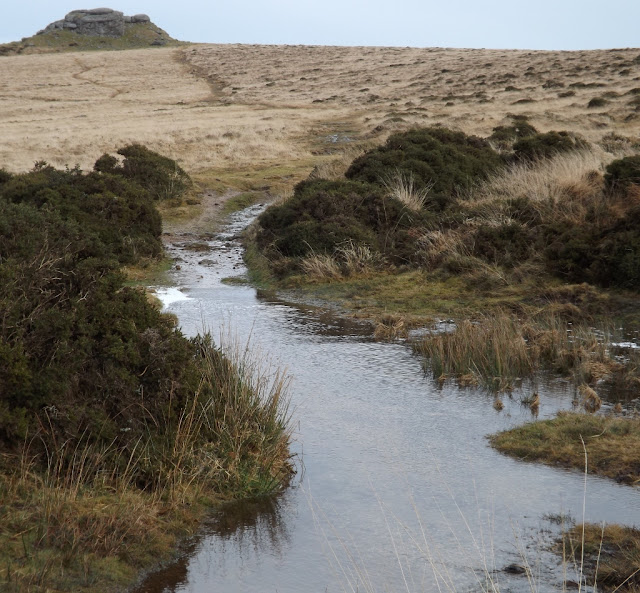 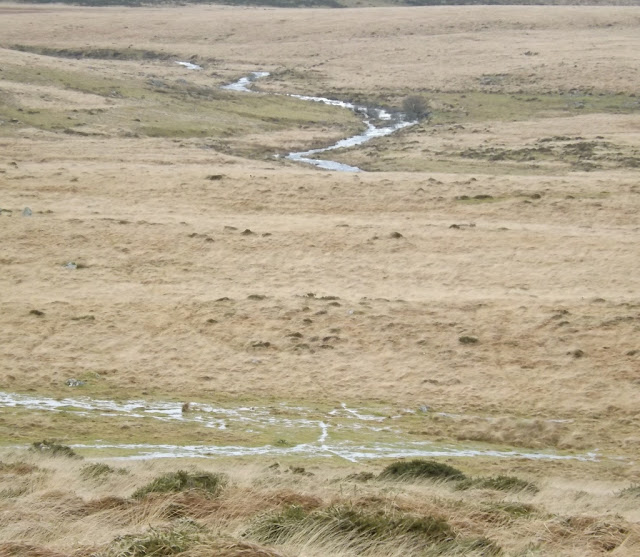 The river Teign, twice its normal width in the distance; normally you can barely see it from here 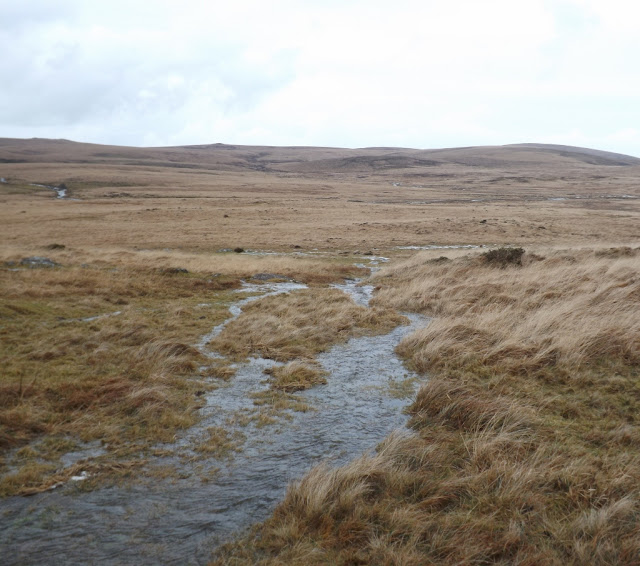 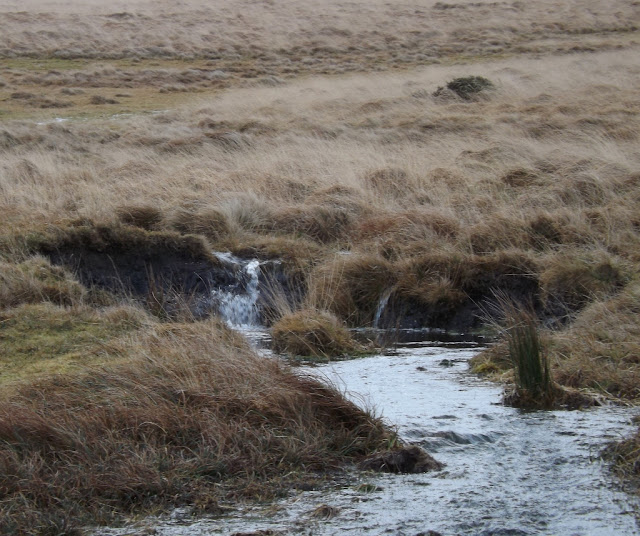 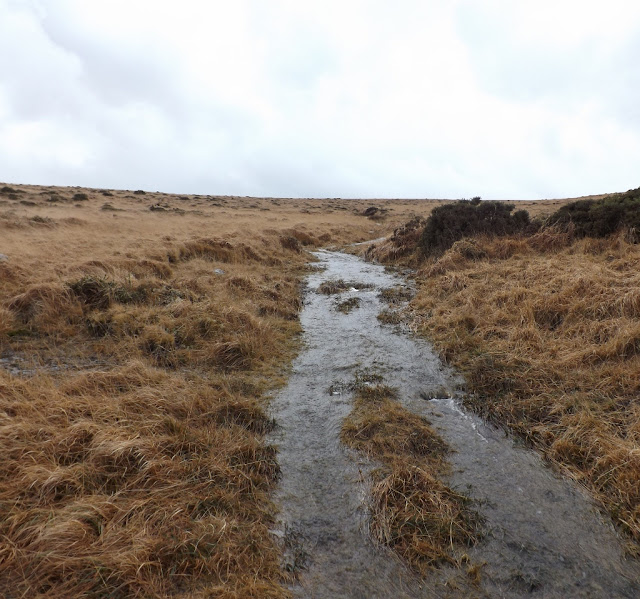 This morning I saw a Goldcrest hopping about in the dead hydrangea bush that is normally filled with sparrows. I rushed for the camera but it was gone by the time I got back. I had the same experience with a Jay this afternoon. The birds are laughing at me again. Here are a few of the more bold ones, including the less ostentatious female Spotted Woodpecker through a rainy window, hence the lack of clarity I'm afraid....sorry: 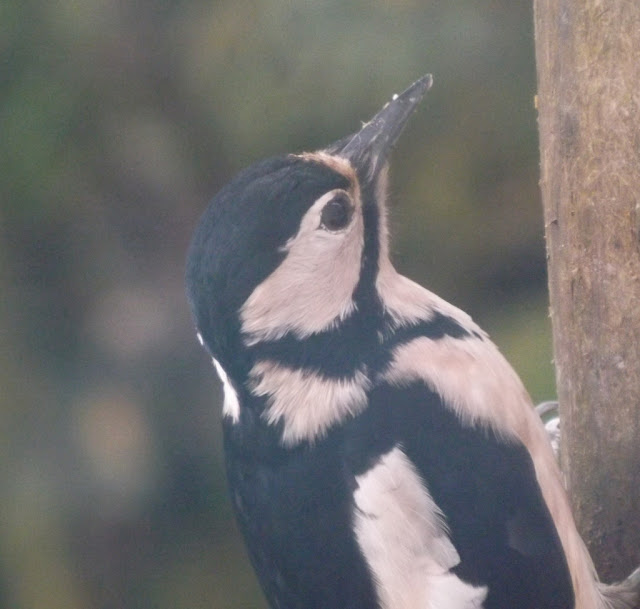 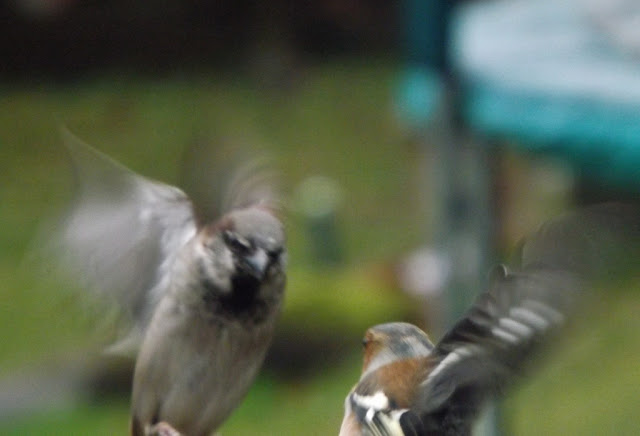 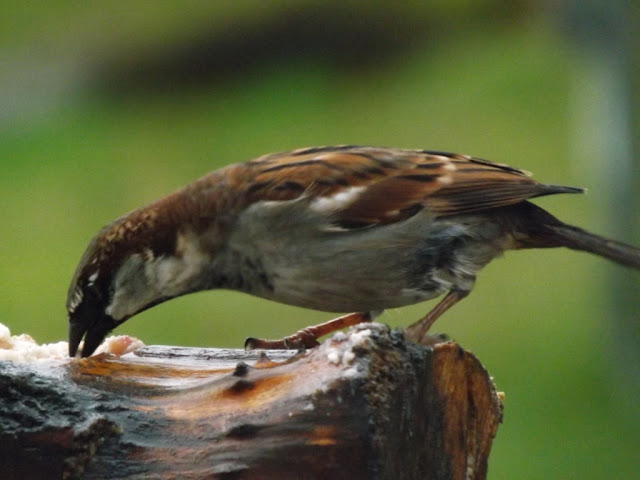 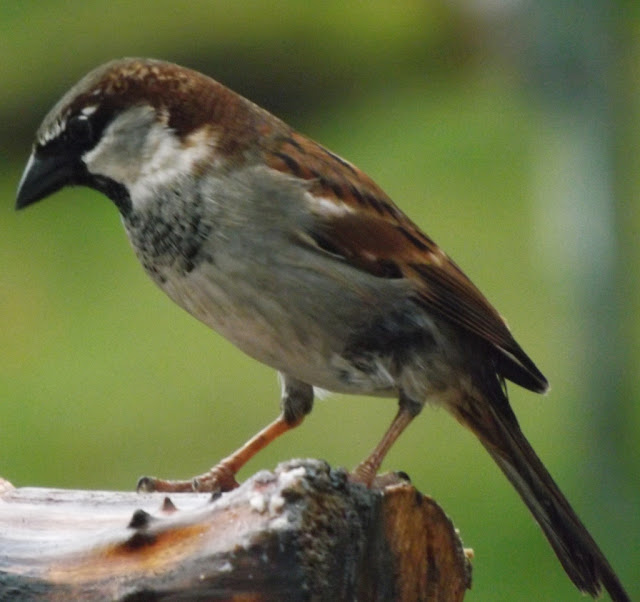 Yesterday was slightly less wet but made up for it with the wind for a few hours so we all went up the hill to be blown around, Snippet included. What a ridiculous sight...his tongue was flapping in the gale. 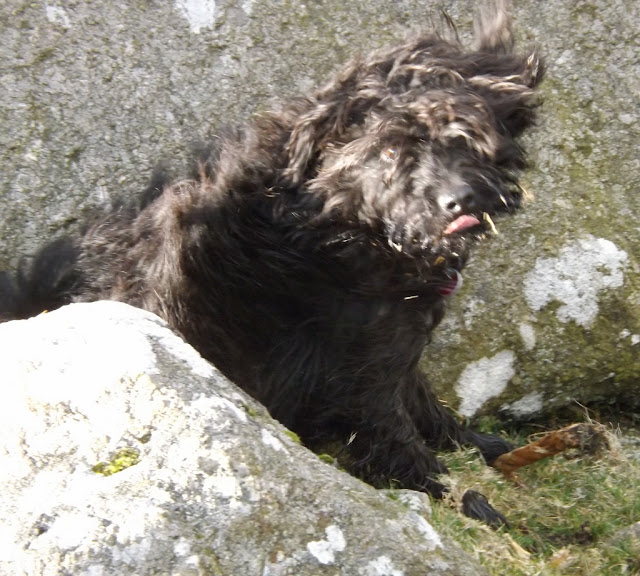 I took this one morning; the tips of the trees looked like sails in the same high wind. 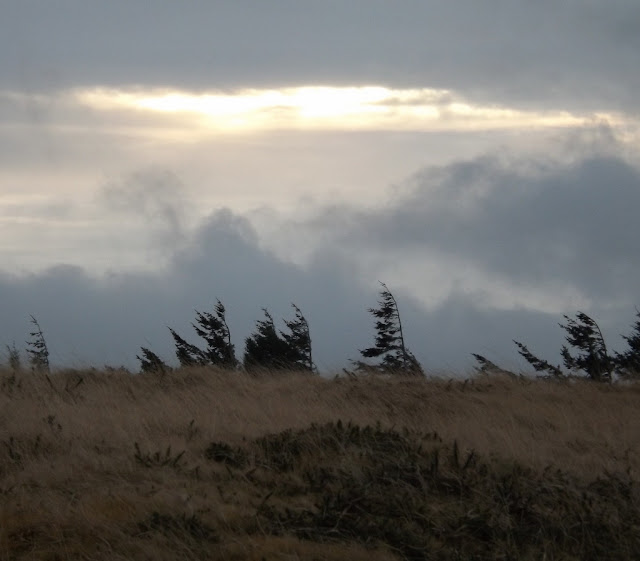 I have to admit to hoping for normality to return as soon as possible. I'm afraid I'm usually in bed on new year's eve by ten thirty! When Origami boy gets up at 6.00am on new year's day, I really don't want to have had three hours sleep.....call me a square but I love my sleep. Talking of which, it's way past my bedtime now so.....until next time, we can only hope for a break in the deluge. I hope none of you are flooded. Have a lovely Sunday and I'll leave you with a slightly less windswept Snippet. 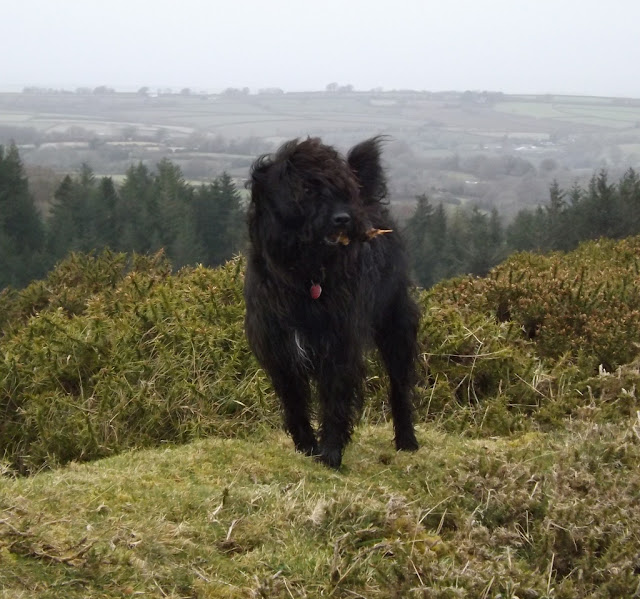