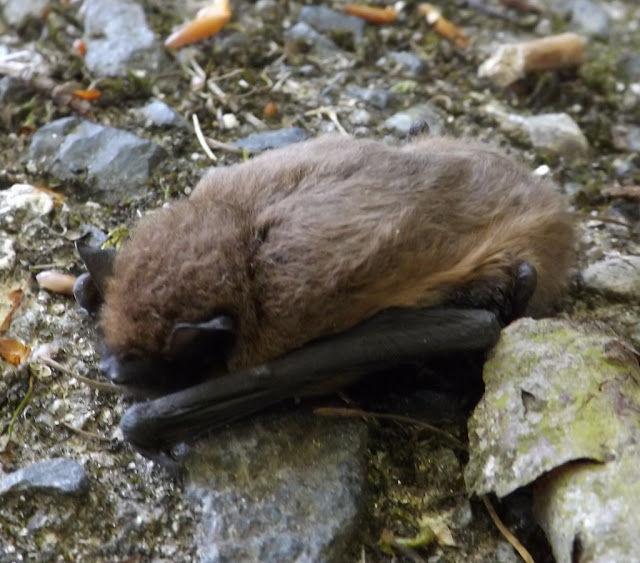 After clearing out the stable where I've kept Trigger's hay over the winter, very kindly lent by the neighbours who own the paddock where he was up here, I started walking back with a barrow load of dusty hay sweepings. Something caught my eye on the ground; an almost imperceptible movement. I looked down and wasn't sure what I was looking at. It looked like a large hairy beetle from above but, when I bent down, this is who I saw. A tiny Pipistrelle, obviously either exhausted or dying. It was very lucky it hadn't either been stepped on or killed by the many cats and dogs who might have stumbled upon it. Unlicensed though we are, rather than leave it to die there, we managed to coax it onto a piece of kitchen paper and persuade it to cling on to some twigs out of reach of any obvious predators. It wasn't happy and showed us its teeth - not a pretty sight and not a photographed one either I'm afraid. Sorry about the lack of focus on its face in the picture below; we didn't want to hang around. 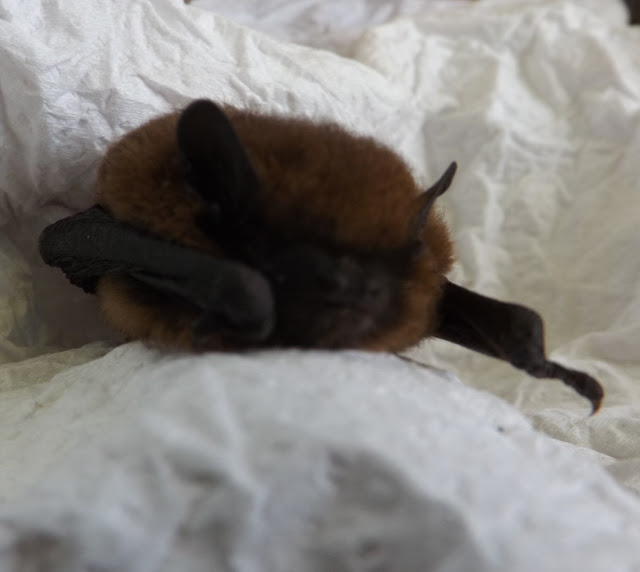 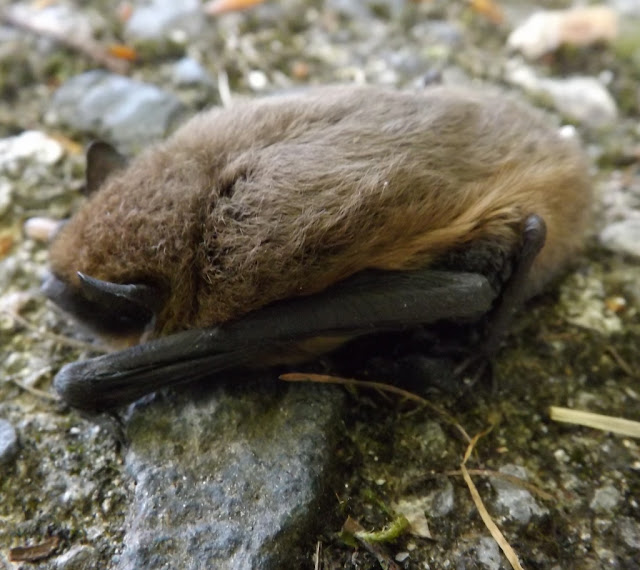 Here it is hanging on to a twig by one of its thumbs and a few hours later, it was hanging properly by its two feet. By morning it had gone, perhaps recovered. I hope so. Such a privilege to see one like that and something unlikely to happen again. 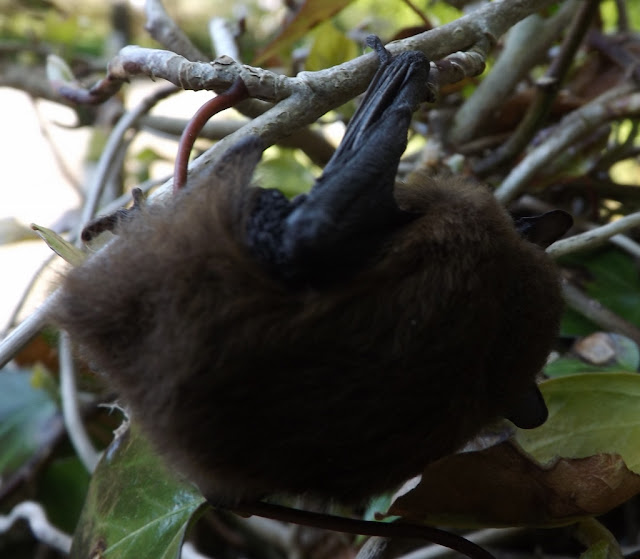 Yesterday was the day of the annual Chagford Two Hills Race. I mentioned it last year but had few followers then so you may not remember. Run over just under three and a half miles, competitors run (or stagger in most cases) up and down first Meldon Hill in the pictures below then the adjacent Natterdon Hill, finishing back at the cricket ground to cheering crowds. Crowd is a relative term obviously given where we live but it's a great event and lots of Origami Boy's school mates run it as well as game adults and some really talented runners. A local man won it this year, who moved in next door to us about nine months ago. Not for me thank you....no stamina! 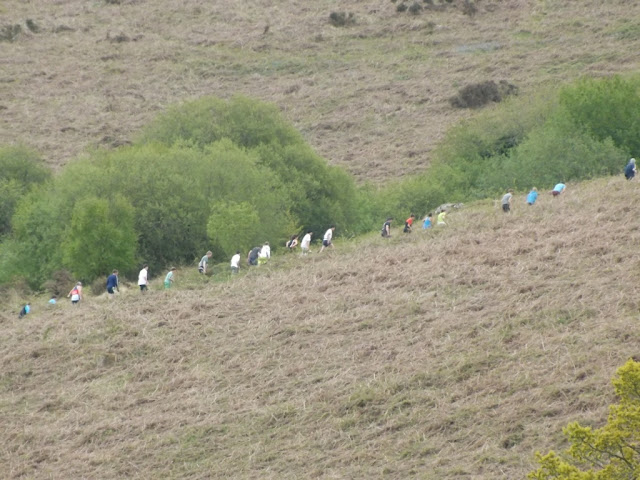 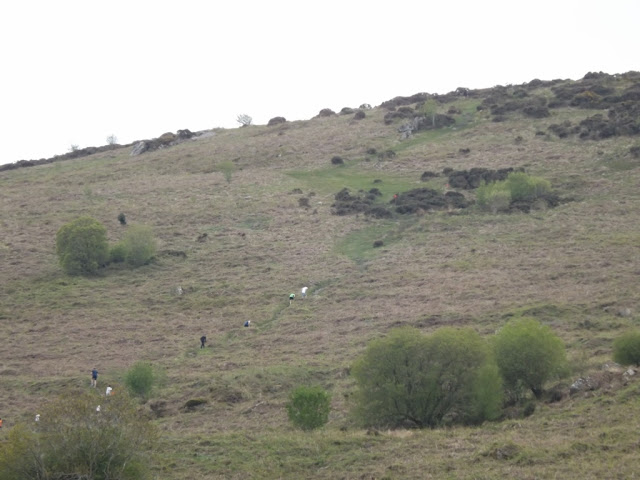 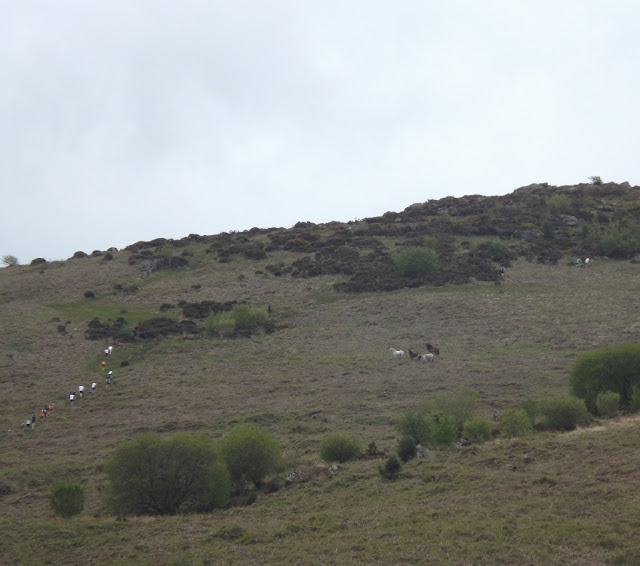 I love this last one with the ponies looking on. A few seconds later, they galloped off. The weather hasn't been too bad, with some really good spells of sunshine early on in the weekend. Not a great deal of walking, just a nice sociable time with friends and doing productive stuff in the garden, preparing for runner beans and salad crops. After last year's total disaster in that department, we're really hoping for some kind of success, even if it's only a bit of Rocket. Can you believe even that failed last year? A few other pictures from the garden this weekend: 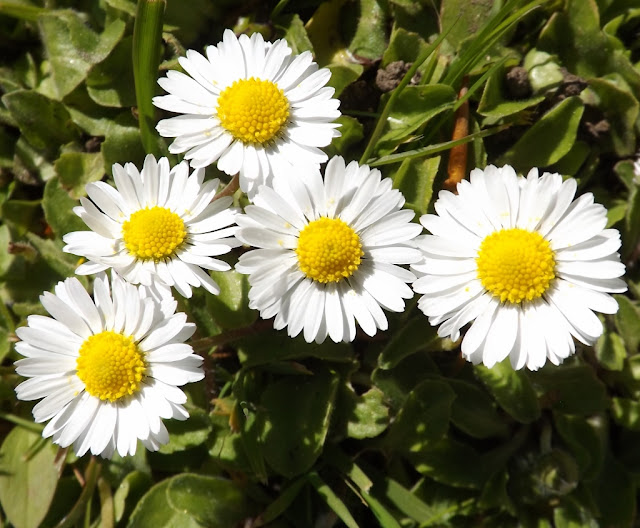 Perfect Daisies in the sunshine 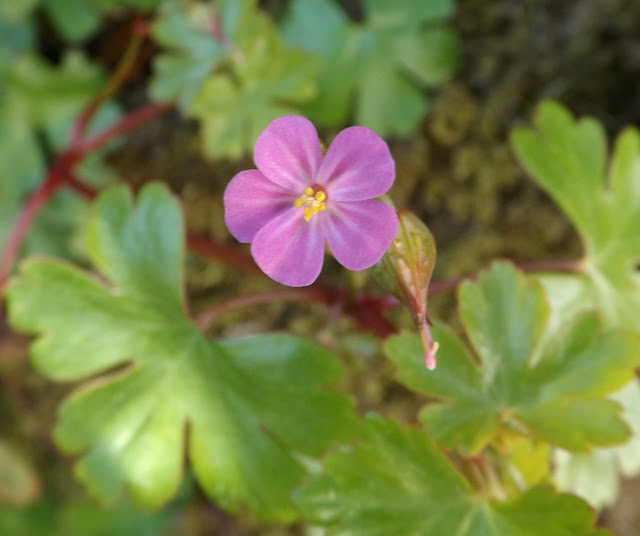 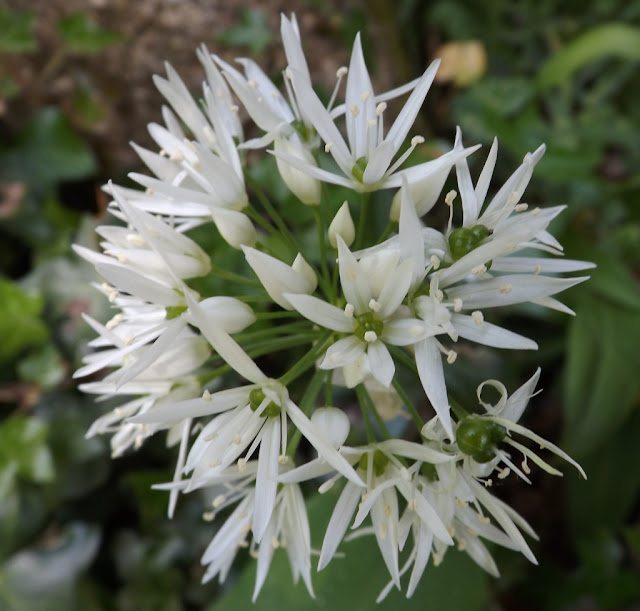 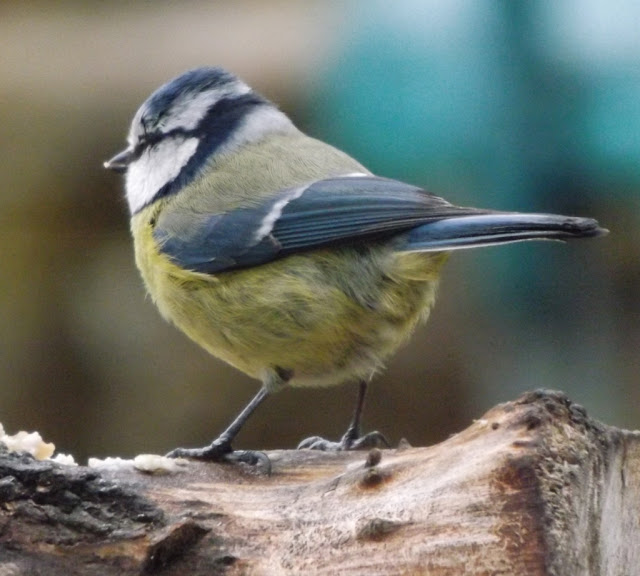 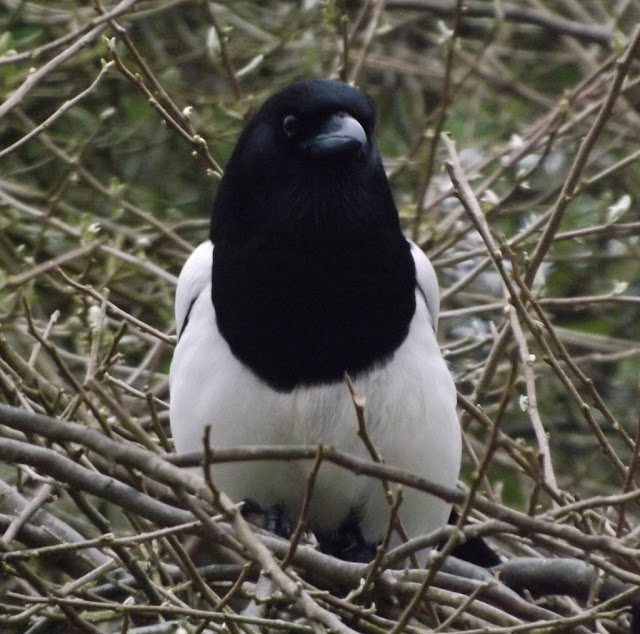 One off our resident pair of Magpies

And finally, I'll leave you with the first Tormentil flower. By now the moor is usually covered in them but I've only seen this isolated one. Not a great photo but they are extremely small up here.  Tormentil is used to cure colic, diarrhoea and even cystitis. Because the roots contain tannin, chewing them is thought to harden the gums and keep the mouth clear of other complaints. I can't say I've tried any of that myself so....until next time, here it is - the lone Tormentil. 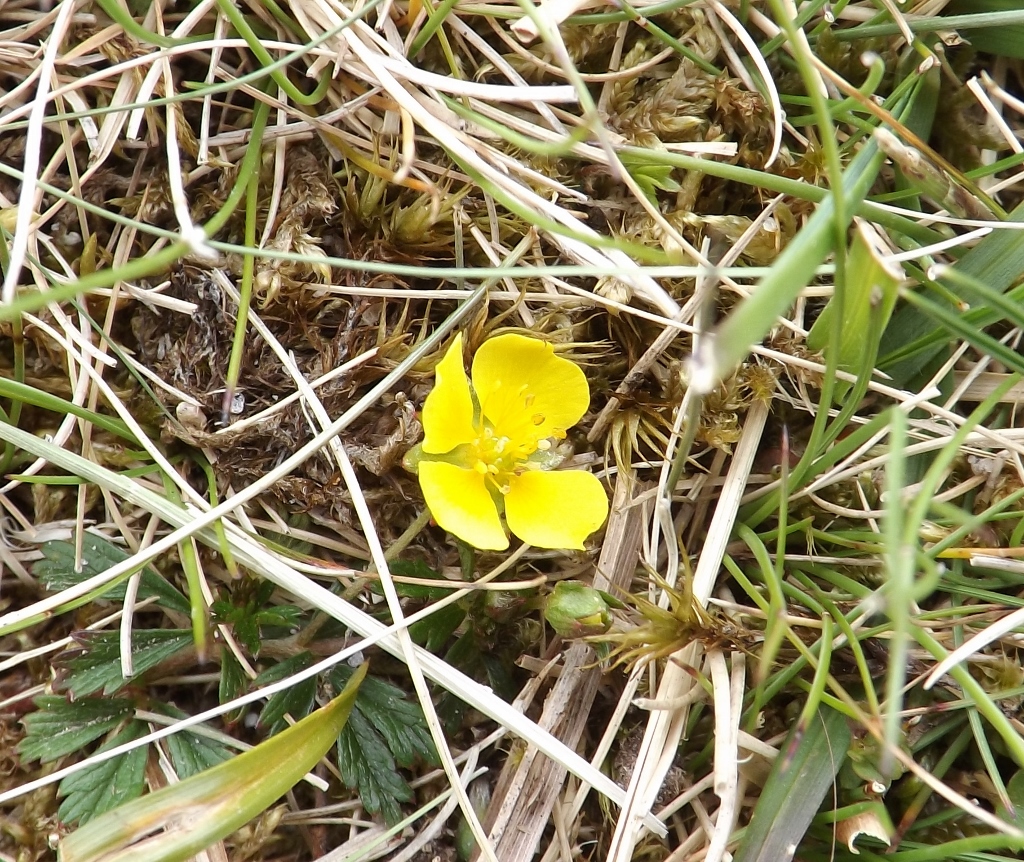