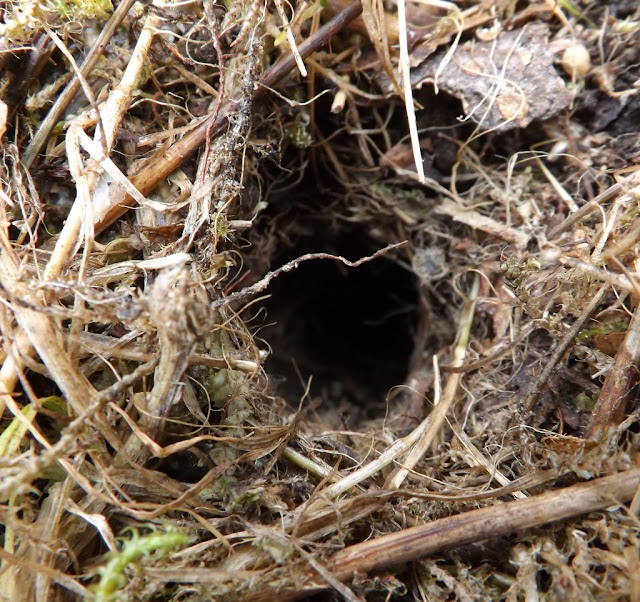 Whilst spreading the bird porridge on the top of the wall that runs up to the kitchen, close to the window, I have noticed this hole and assumed it was abandoned and unused. Today I was proved wrong as I stood waiting for the kettle to boil. Who should appear but a little Bank Vole. Mainly nocturnal, a lump of seedy porridge plonked on it's doorstep was obviously too much to resist. It shot back into the hole often, but was soon out again, snuffling about and eating seeds.  Why should I be so enchanted by a vole yet horrified at the mousy scratchings from the attic? Ridiculous really. Here it is. Full zoom through the not so clean window I'm afraid: 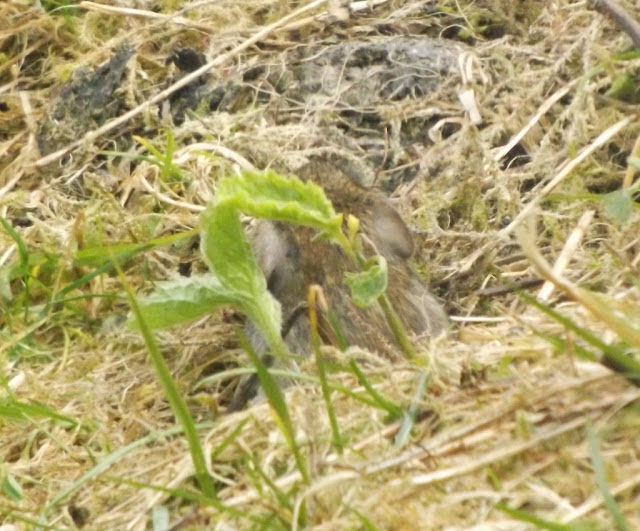 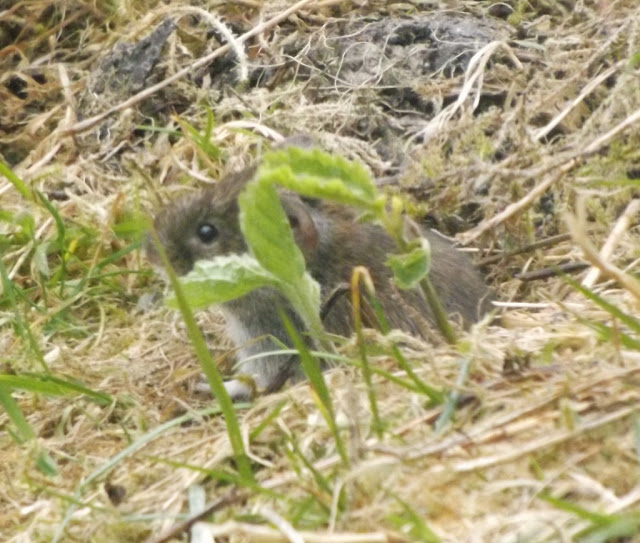 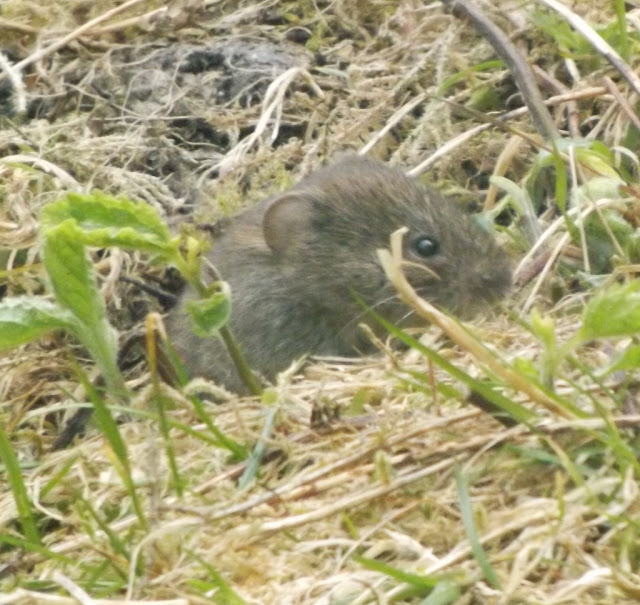 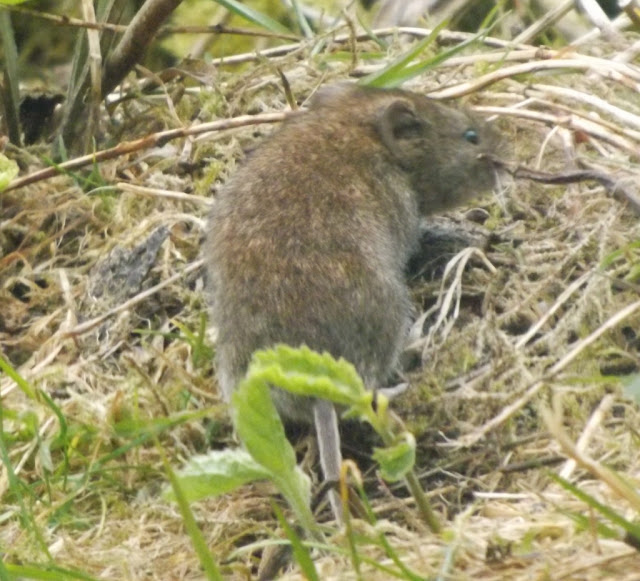 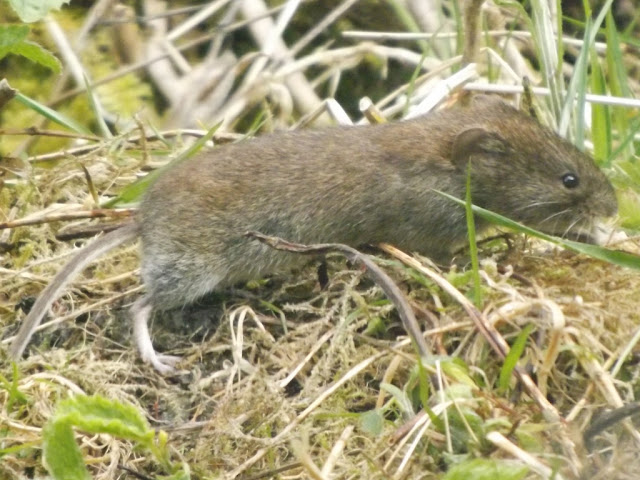 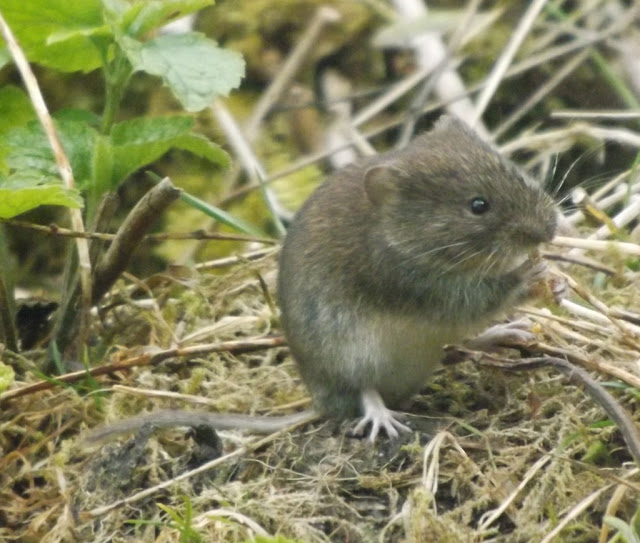 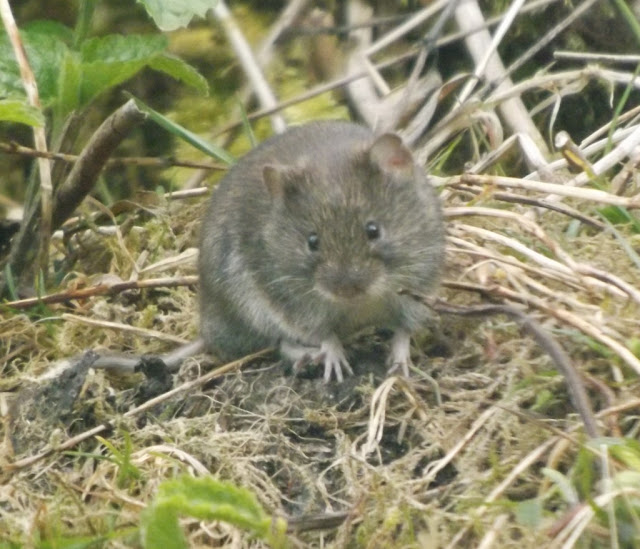 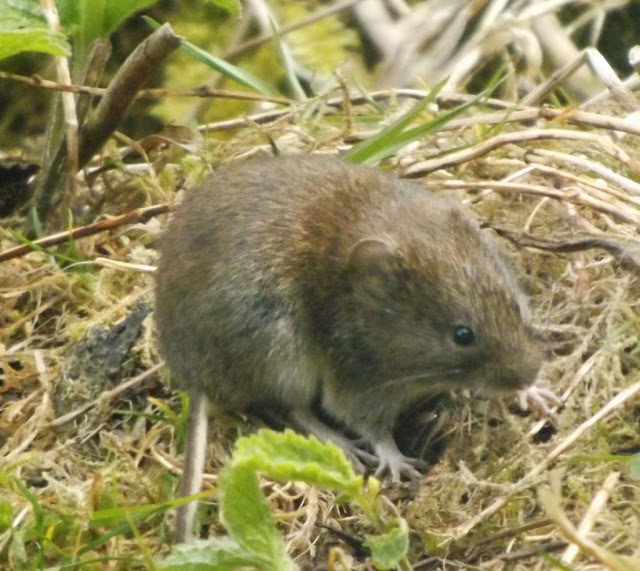 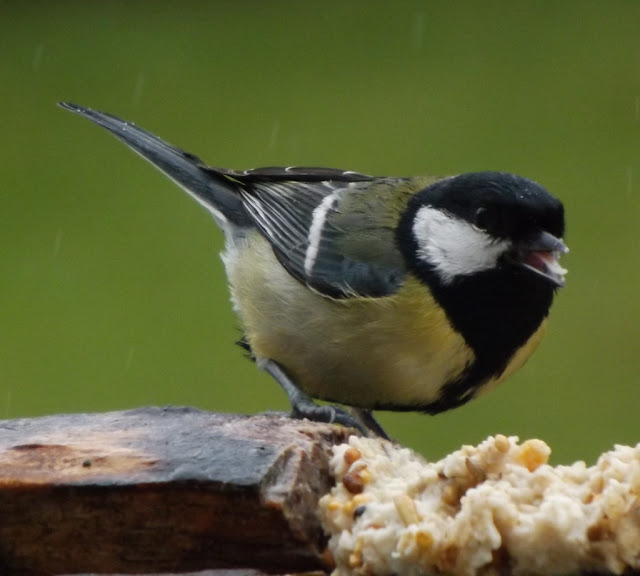 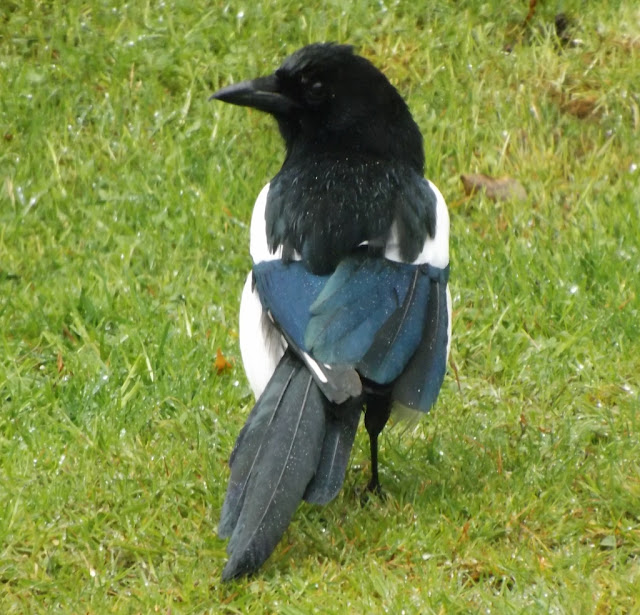 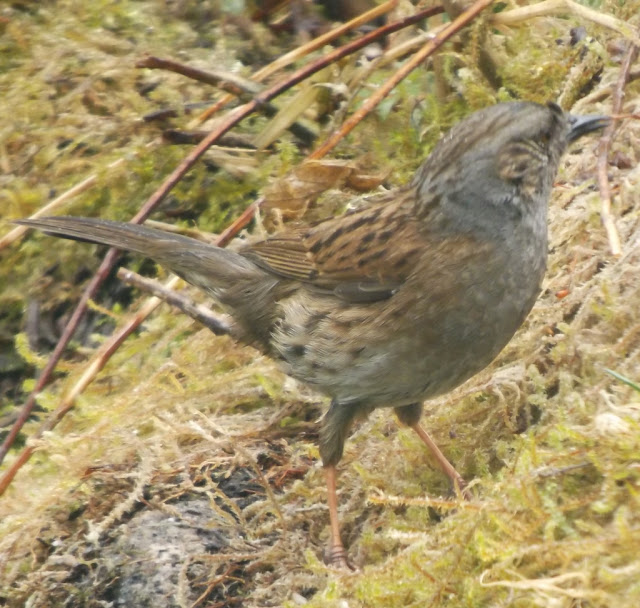 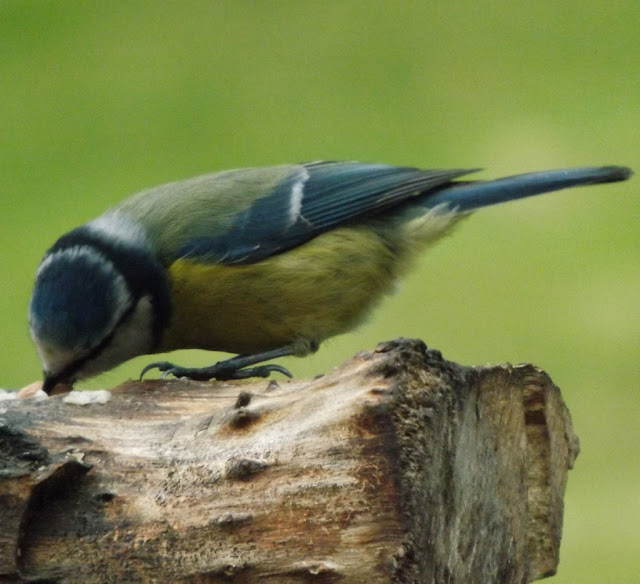 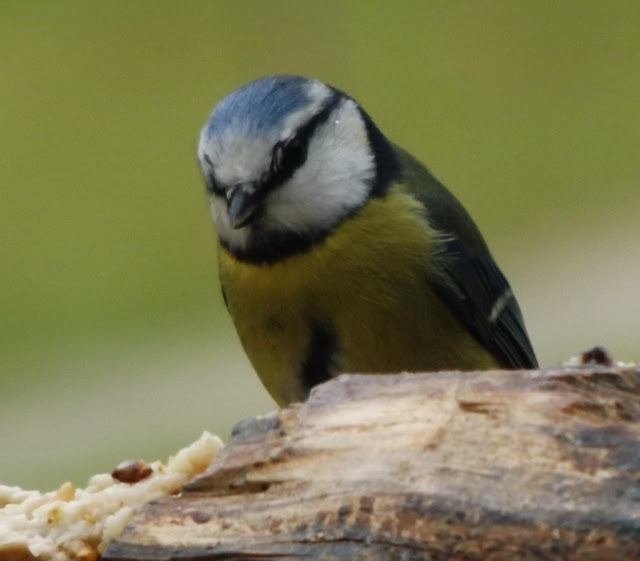 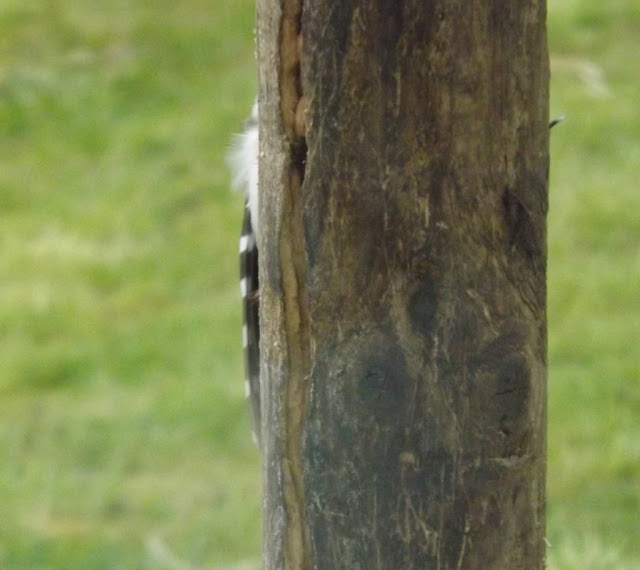 Nice try Woody....I can see you 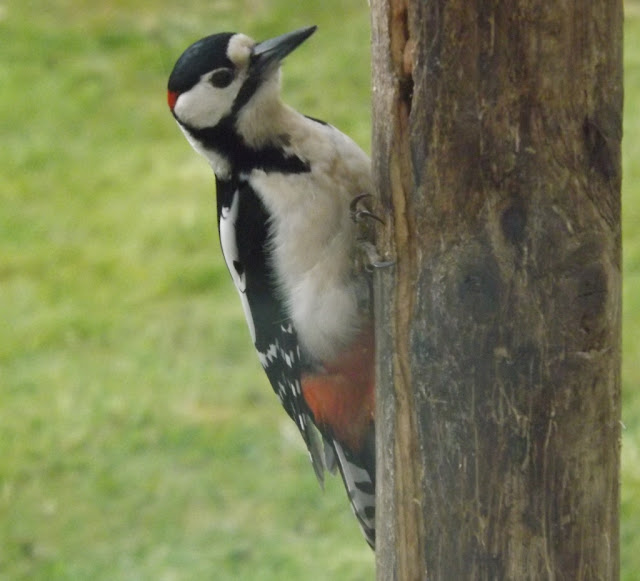 What a grim day. Trigger is back in his rug after finding him shivering two mornings ago. The wind has dropped a bit today at least but the rain is hacking down and the sunshine a distant memory. Yesterday, I opened the boot of the car to get the hay and food out and the two black bin backs we use for plastic food container recycling flew out and into a nearby hawthorn tree. They are still there and, when the wind drops completely, I'm going to have to try and retrieve them. Not a great look as the guests from the Michelin starred Gidleigh Park Hotel cross the cattle grid on their prescribed moorland tourist trek. The weekend is here; I hope you all have a lovely one. Until next time.....here's that lovely Woodpecker again. 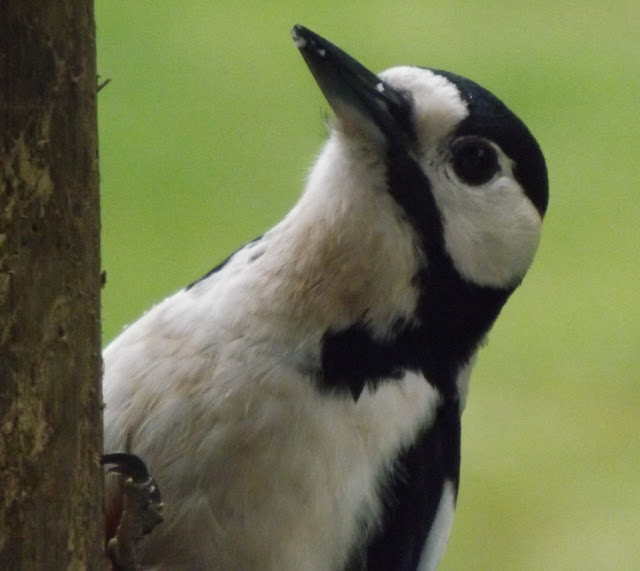