A BAD WEEK WITH A GREAT ENDING: BETTY'S FOAL!


I've just got back from a walk that started with a heavy heart. Apart from everything else that's happened this week, I hadn't seen Betty for three or four days and was getting worried she'd strayed further than I'm able to trek in an hour. There she was, looking beautiful with the most enchanting foal so far, in my heavily biased opinion; it even has a little white sock like her's. A bit shaky on its legs still but quite big compared with some of the others. I've had a smile on my face ever since I saw her. 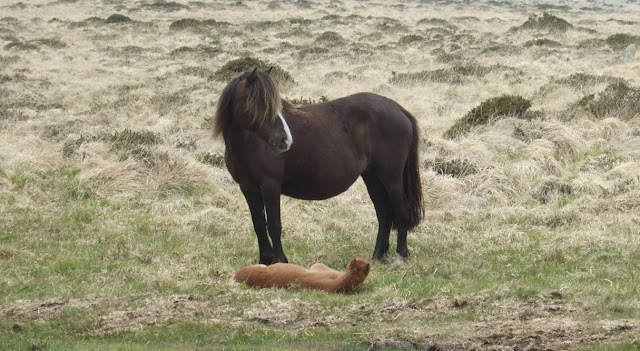 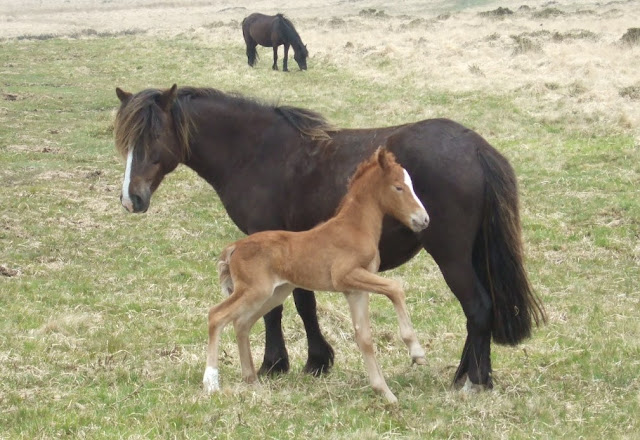 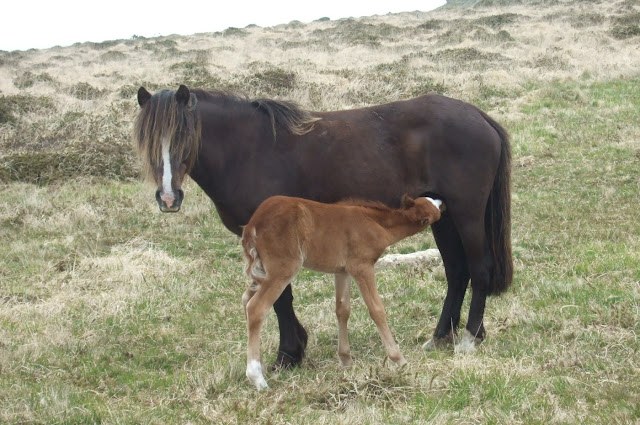 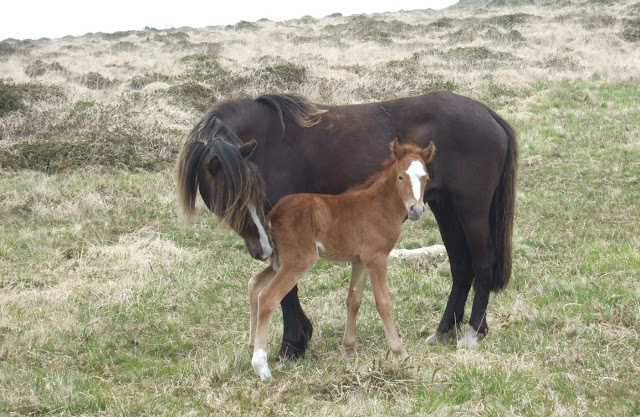 Last weekend was lovely and sunny and I went to Totnes with a friend and her daughter. I haven't been there for years. Some very strange things in the market including this fox. We also saw the train on the Dartmouth Steam Railway which was beautiful. Always meant to go on it but never have. 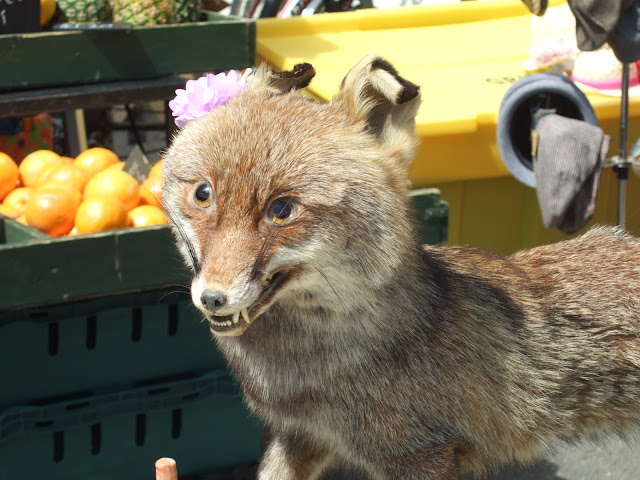 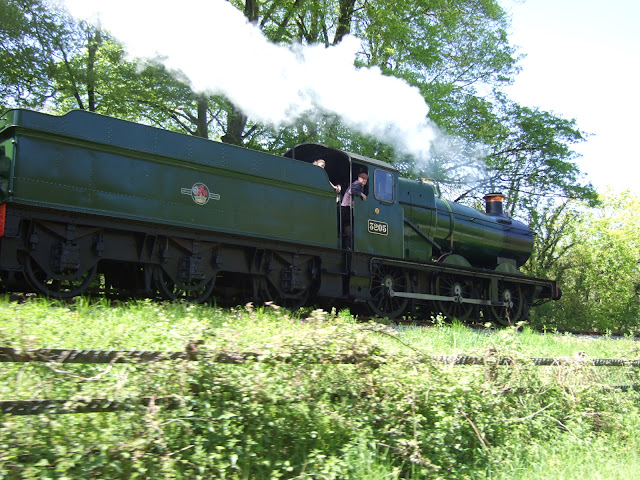 After the nice weekend, the week started to go downhill as the small amount of dry rot we had discovered in our kitchen escalated to a large amount of dry rot, running under the floor and up into one of the window frames. We now have half a kitchen and half a building site. No sink, no cooker and half the units out. The entire downstairs is coated in a thick film of dust. Open plan living has its disadvantages! Tuesday was my 48th birthday and I wasn't feeling too festive. Nice lunch with my mum but back to the chaos afterwards. Wednesday I was at Torbay hospital to see a specialist about my shoulder, which is very painful with limited movement. Went in expecting to be offered a steroid injection and came out three hours later on the waiting list for an operation under a general anaesthetic to try and free up a classic frozen shoulder. Am seriously feeling my age! On a more positive note, the beech hedging is all starting to come out.....slowly, and there are another couple of foals out there; numbers six and seven. I think Betty's had better have a name but I'm waiting to see if it's a boy or a girl. 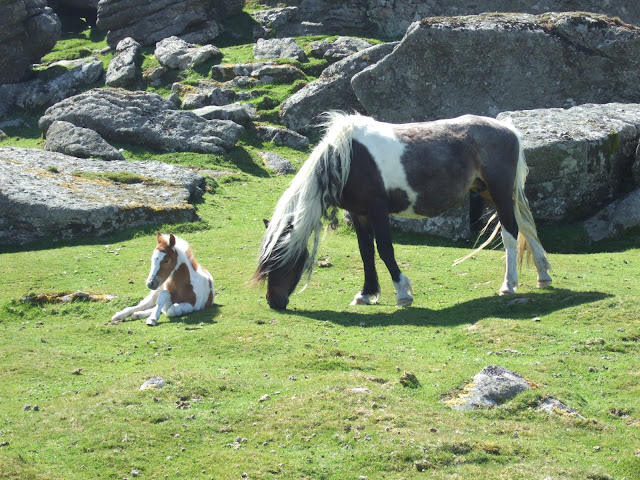 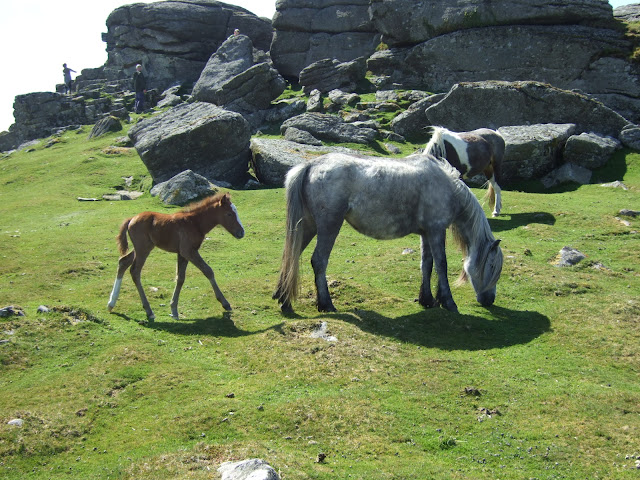 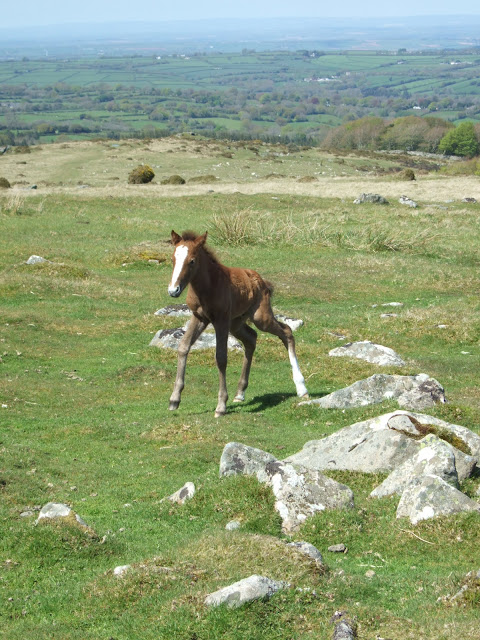 I haven't had time to any drawing at all, which is very frustrating. Also frustrating was the call from the printer company to tell me the printer I had ordered for the purpose of reproduction, was not available until June 22nd. Grrrr. It seems the Canon factory in Japan is still suffering from the floods so I can't really complain. It does seem like Canon ones are the ones most recommended for what I need it do.

Apologies for moaning today. I think I should probably stop now and reflect on how lovely Betty's foal is. I saw a pair of Stonechats this morning which was lovely. I normally see the males shouting away on their own and I'm not sure would have recognised the female without him. Also, to finish, today I found this flower nestled in a grassy tussock, way off the beaten paths. I haven't seen it before and having scoured the wild flower books, I think it might be Lousewort. Opinions gratefully received! 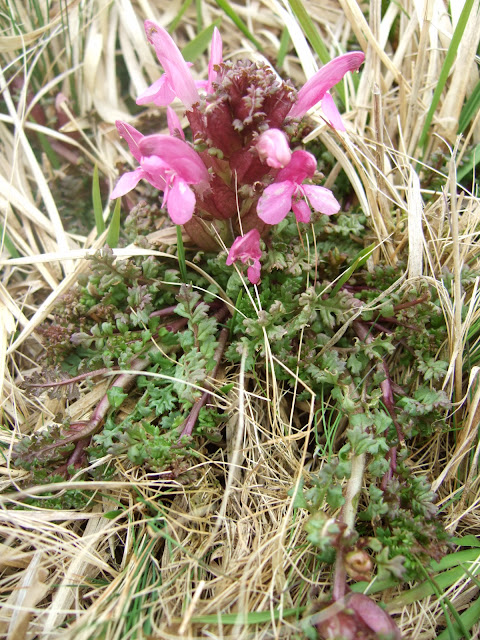 Foals one and four sleeping earlier this week 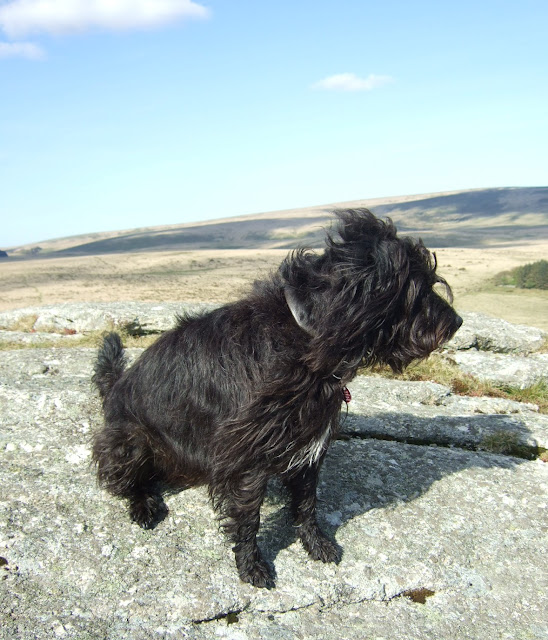