A passable day with no rain yet. Whilst out walking, I heard the first cuckoo of the year. I usually hear it in April but everything seems to be late. Haven't see it yet, and when I do, I will mistake it for a kestrel or sparrow-hawk initially. If you've never seen one, they flap their wings in a very bird of  prey-ish way. Yesterday, walking in the mist, the whole moor was covered in black slugs but today there are none to be seen. Easier to spot the ponies though and Betty is getting bigger. I saw something moving in her tummy and am beginning to feel like an expectant grandmother. No other new foals yet but I think there are five or six mares to go. 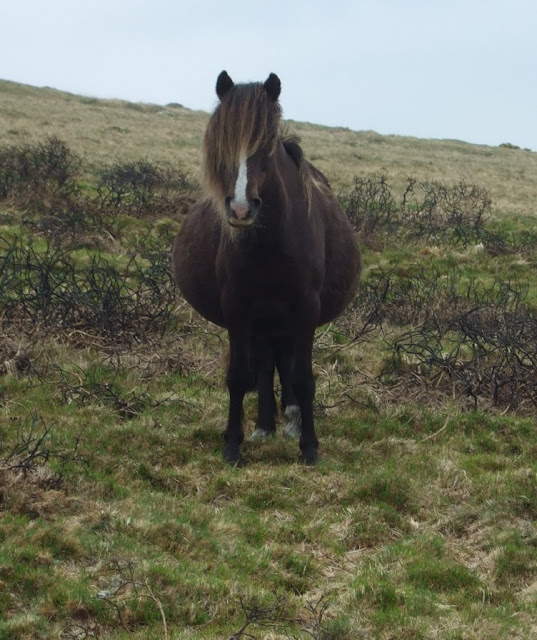 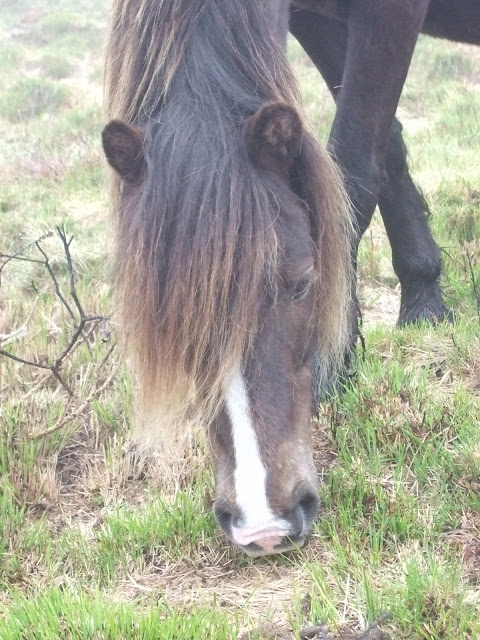 I was busy drawing foal number two yesterday (see top right) and am getting increasingly frustrated with our lack of progress scanning and printing them. I had hoped to get my Etsy shop open by now, but the delicacy of coloured pencil drawings is proving extremely difficult to reproduce. The subtlety within one pencil stroke is being lost in the process and I don't want to sell anything that doesn't look exactly like the original. We'll get there eventually but apologies to those people who have enquired. Here's a picture of one of those delightful black slugs instead. 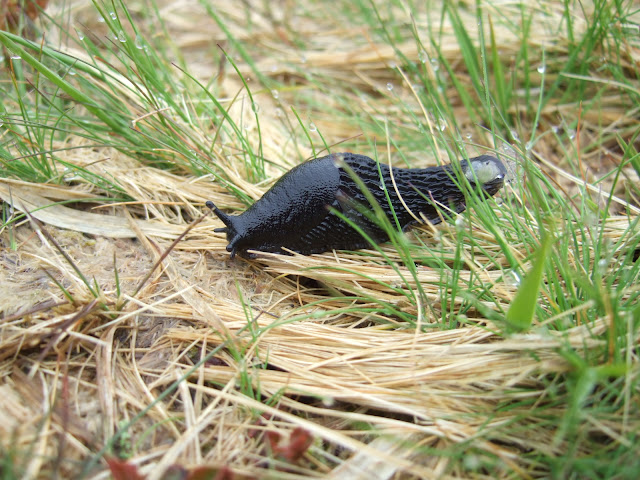 Where are they all now?

Finally, we planted a mixed native hedge last year which, quite frankly, has looked like a line of dead twigs all winter thanks to high winds blowing all the beech leaves off. The hornbeam, guelder rose, hazel and blackthorn are all springing to life but the beech is looking like we're going to be waiting until June for any sign of leaf! We planted another hedge around our wood-chopping area in February, which I wanted to be stripy, so it's alternate alder and purple beech trees. Same problem - the alder is out but the beech is definitely not. Most of the beech at lower altitude is forging ahead but not ours. I just never learn. Next time......no beech.