A MIRACULOUS RECOVERY AND 100 POSTS 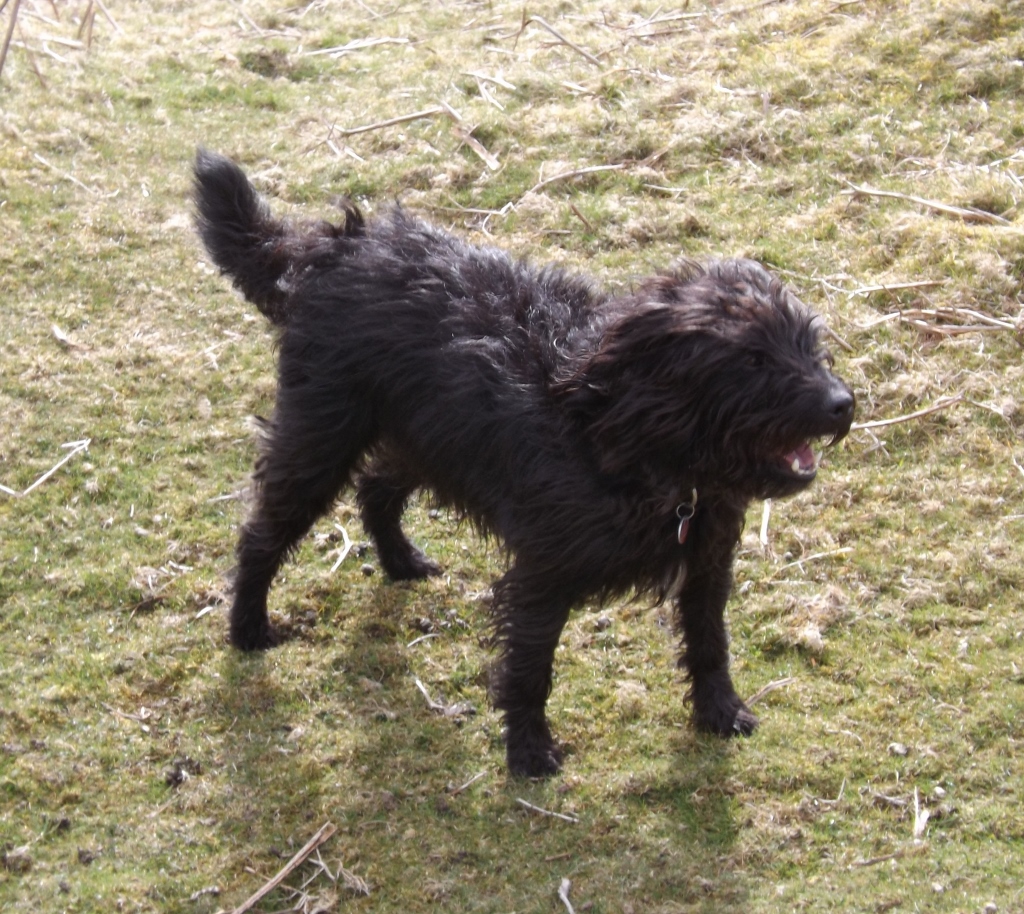 I was hoping to have pictures of Daisy and her foal for you for my hundredth post but, sadly, I can't find her. Believe me, thanks to Snippet's remarkable recovery after one anti inflammatory and two antibiotics, I've been covering the miles searching. There was a definite sighting on Tuesday. The foal is another black one but have I seen it myself? NO. I'll keep trying but tomorrow I have a shoulder physio appointment in Exeter. Two months after the 'procedure' seems a bit crazy but there you are. Striking when the iron has well and truly cold. Here are a few more pictures of the boy who certainly doesn't have a broken toe. 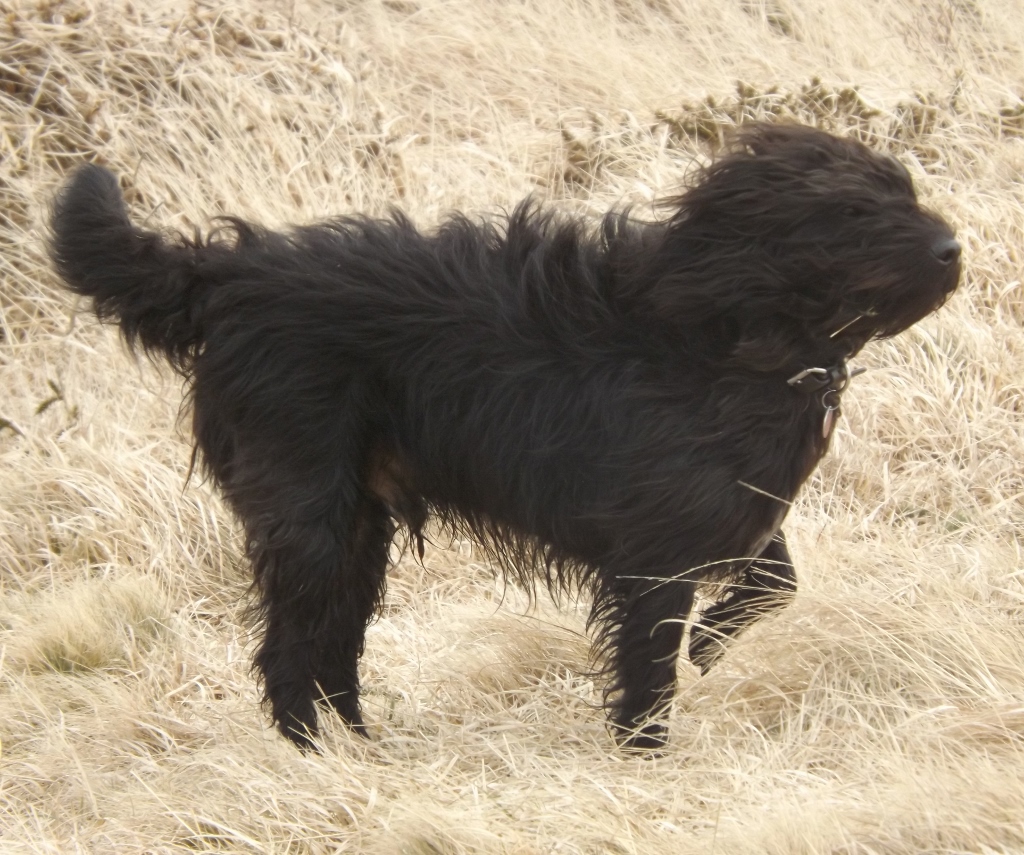 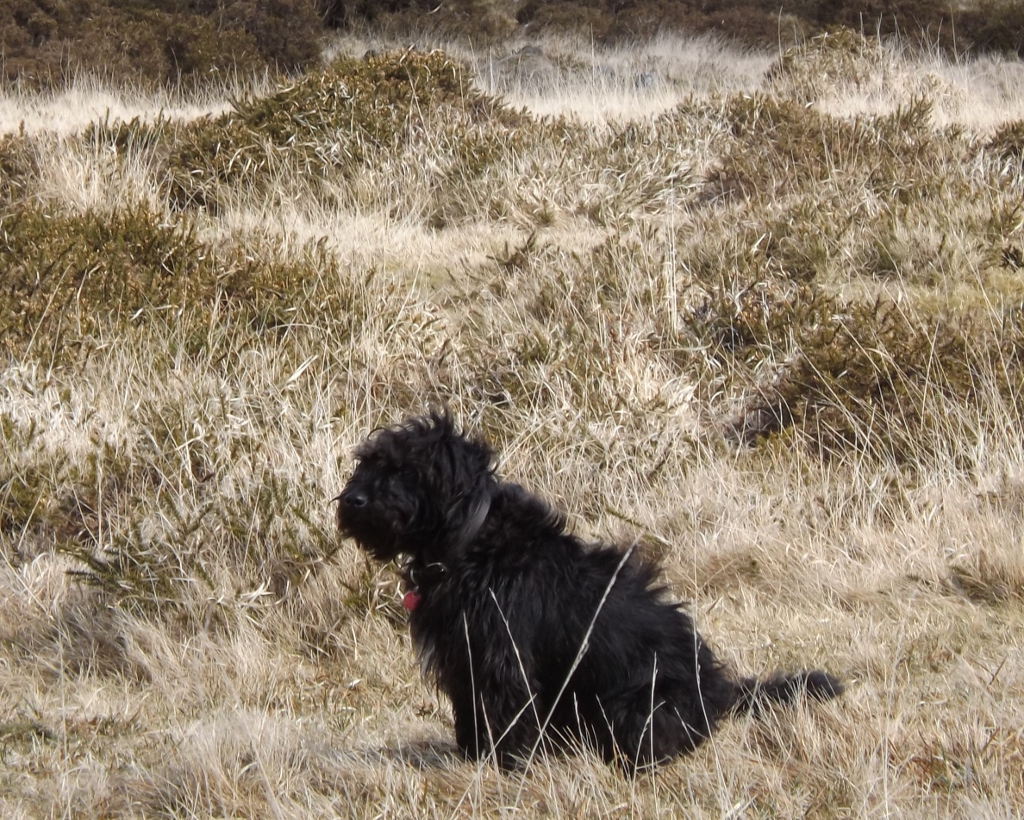 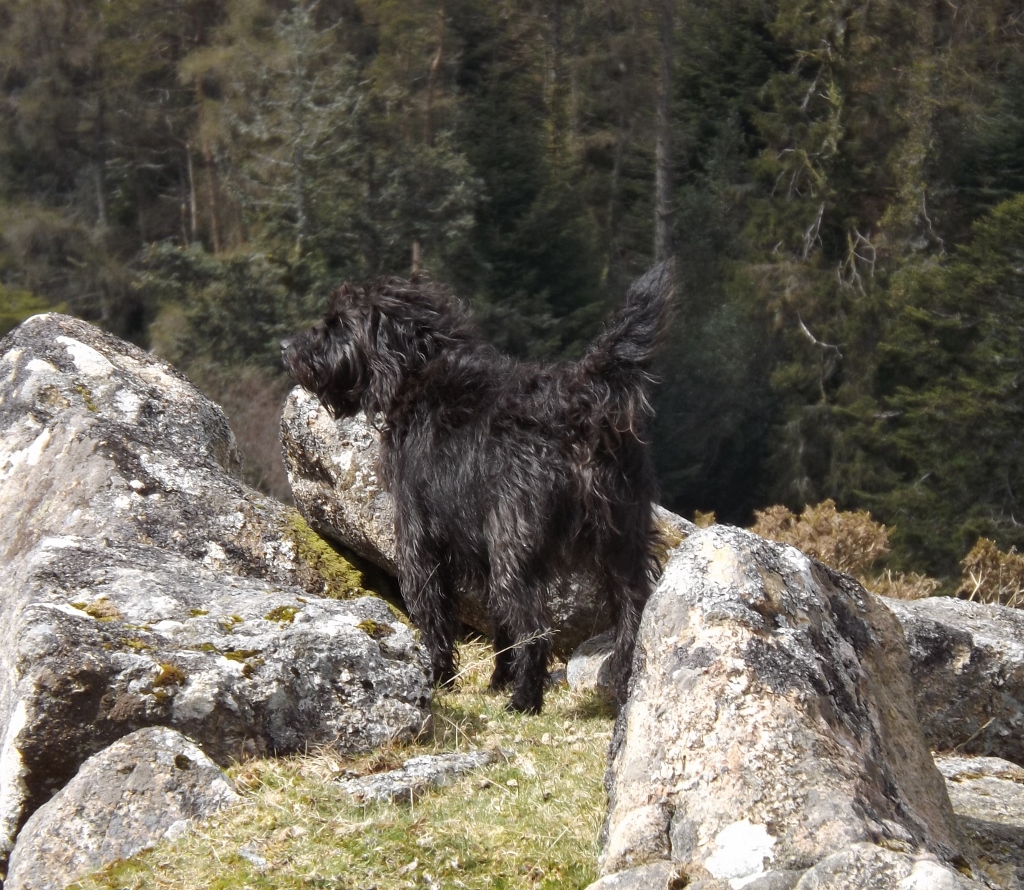 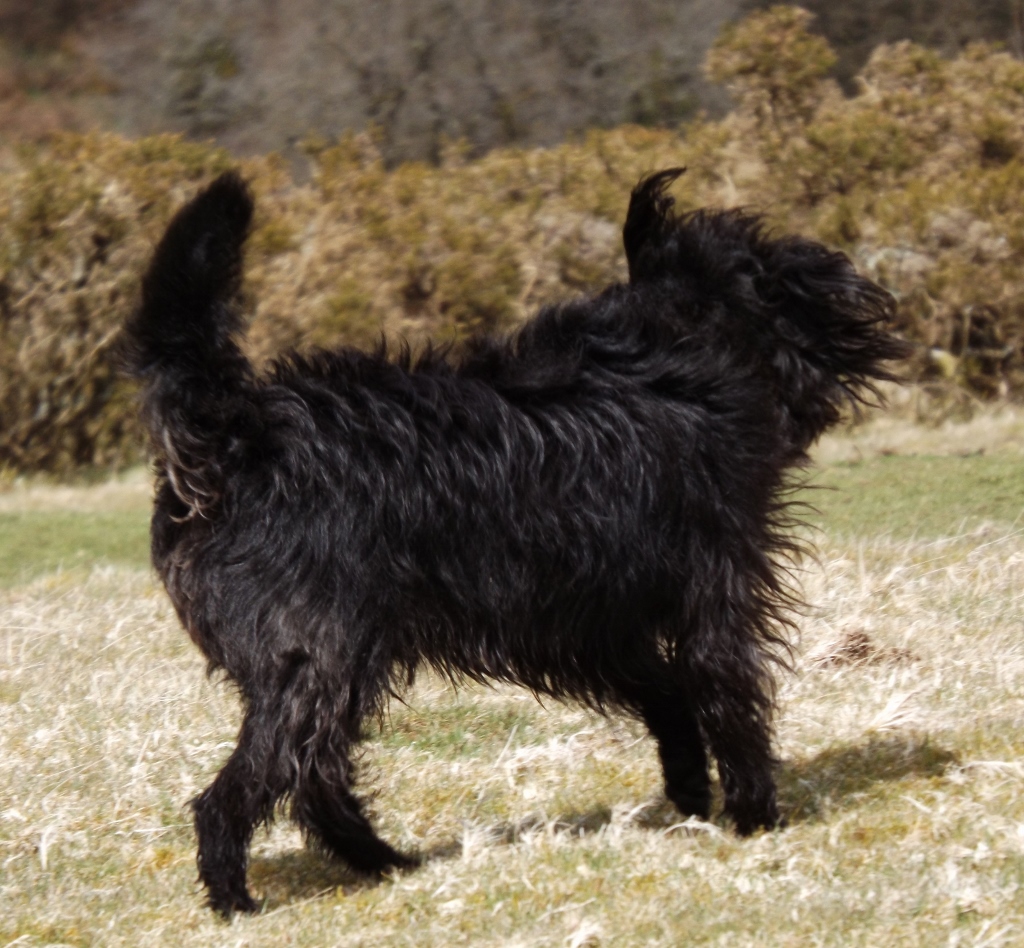 As you can see from a couple of those, it's been quite windy here, to the point of nearly blowing me into several puddles. I took this one of puddle choppiness yesterday: 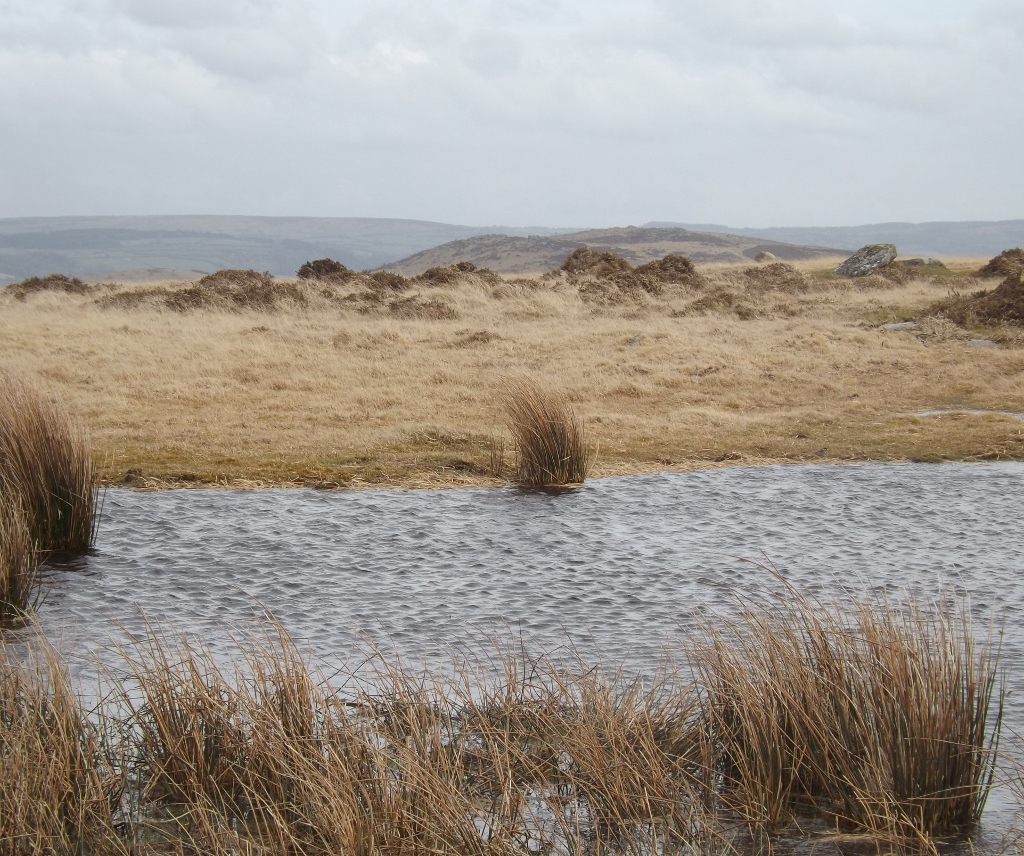 At least there was some sunshine, as there is today between torrential bursts of hail and rain: 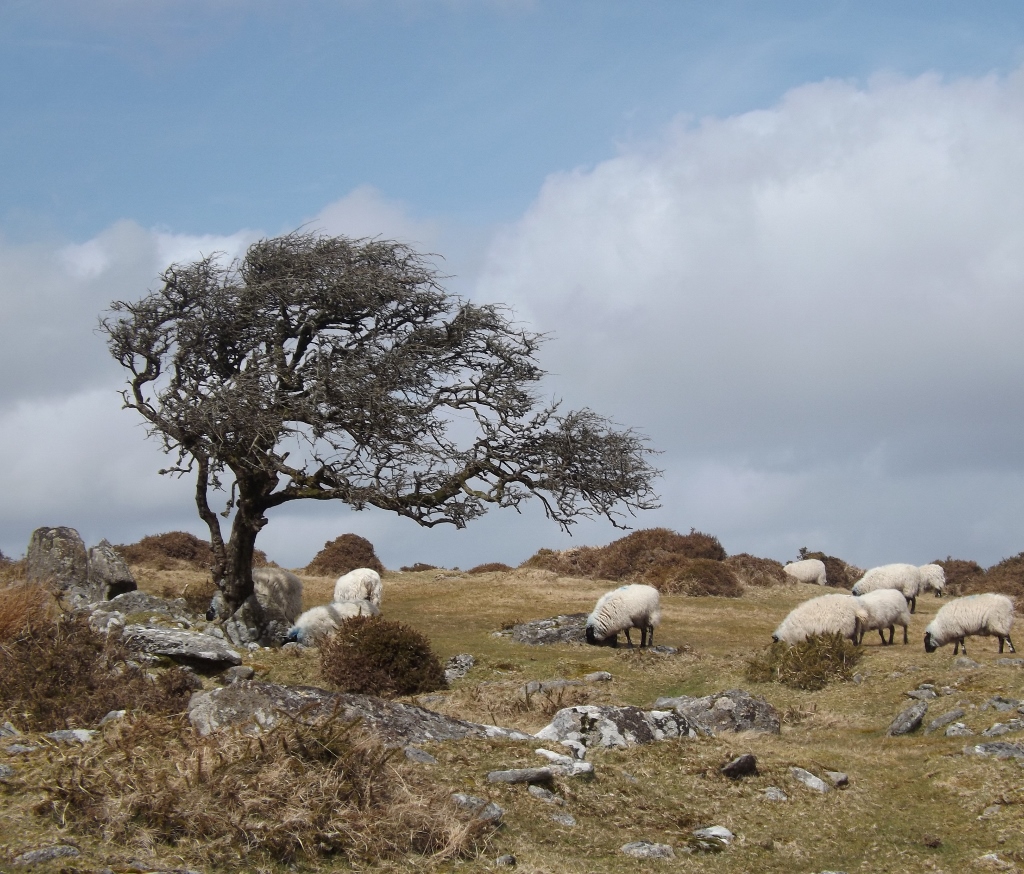 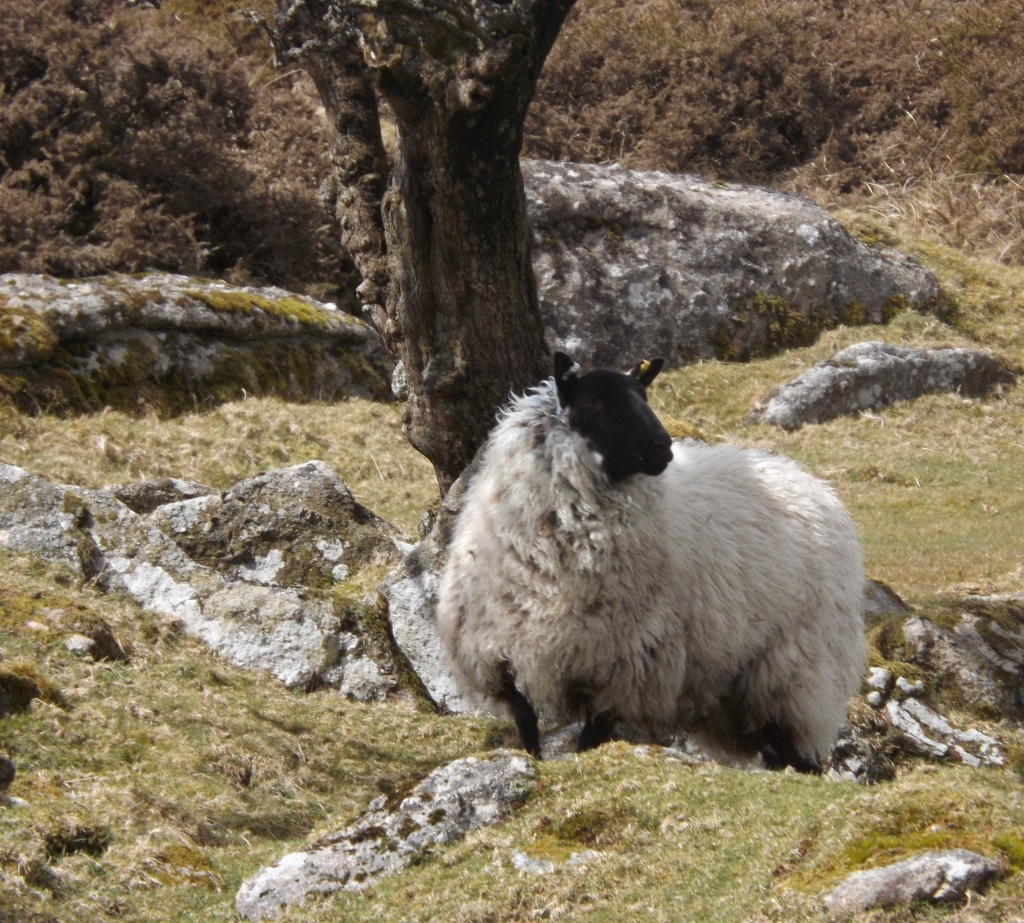 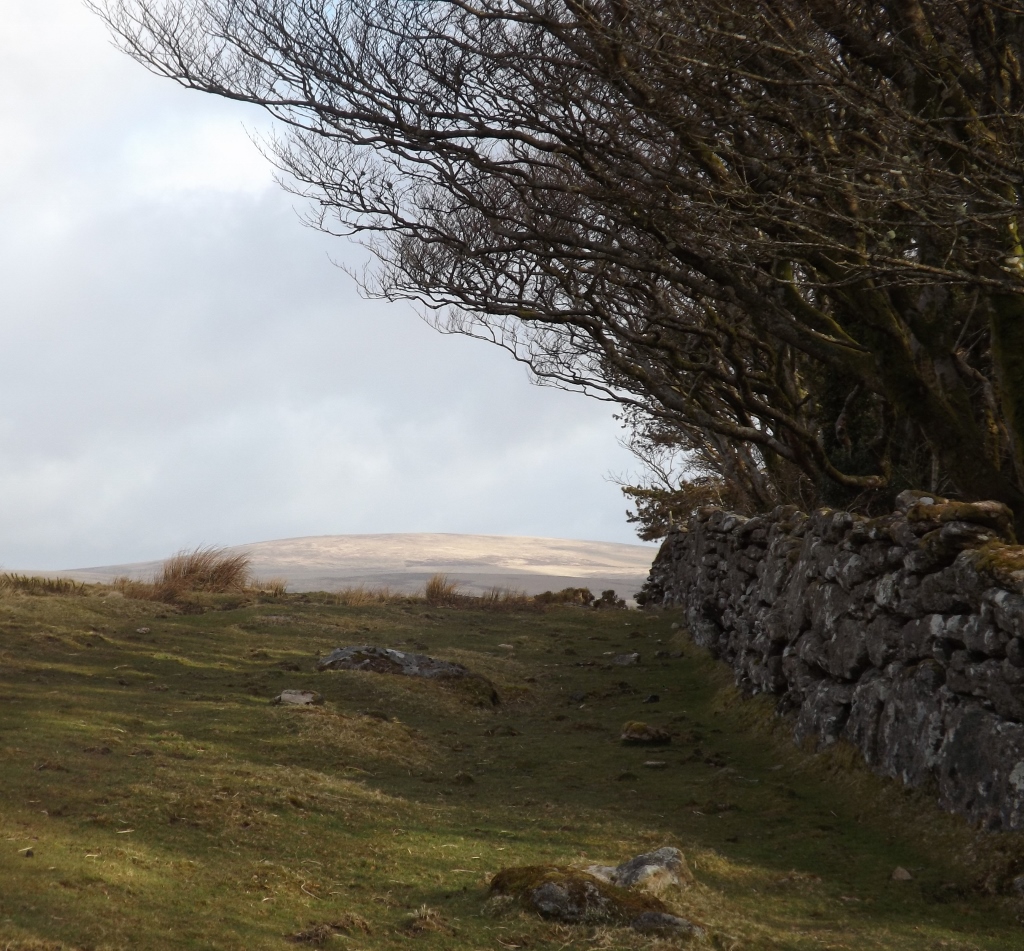 This morning, after a flying visit to the Co-op in Moretonhampstead where I made an impulse purchase of two bottles of strawberry milk which were on special offer (what was I thinking of?), I continued my impulsive behaviour by driving out towards the moor the other side of the hideous Fernworthy Forest where there is a place called Jurston Valley; often a hotbed of foal action at this time of year. No..........thwarted again but I did take these foal-less pictures from up on the ridge above the valley. 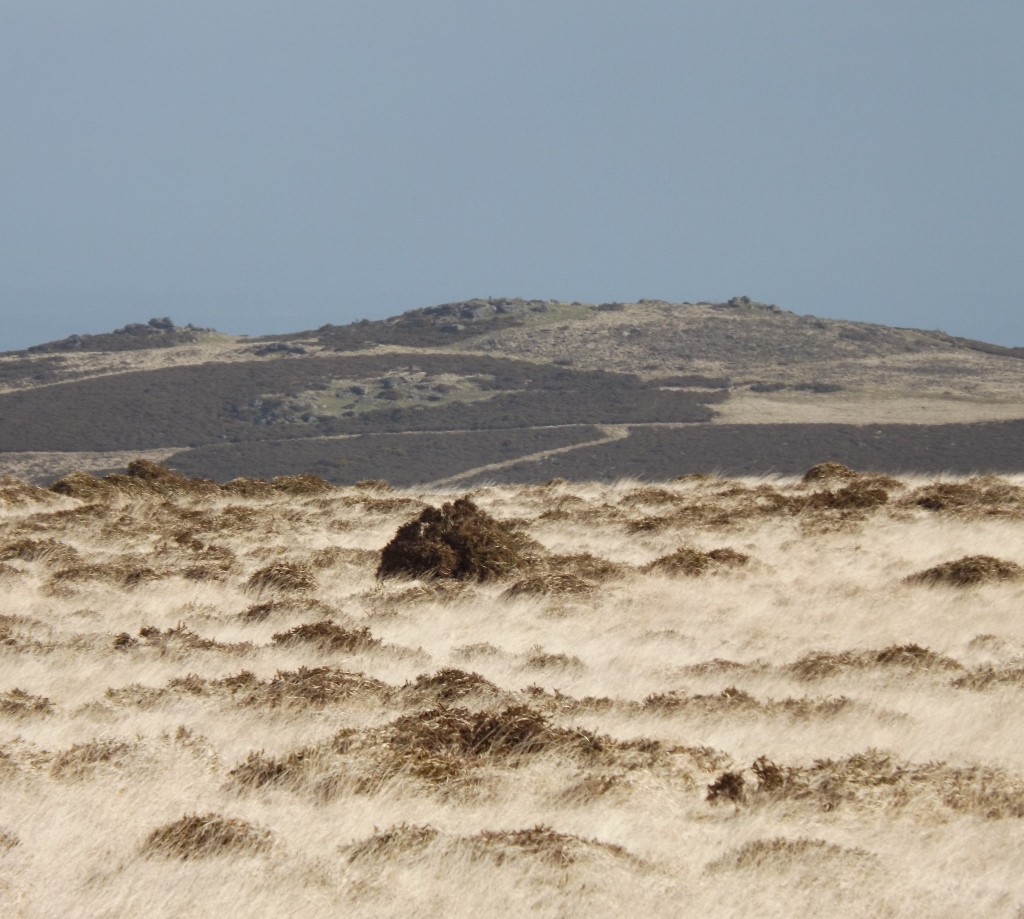 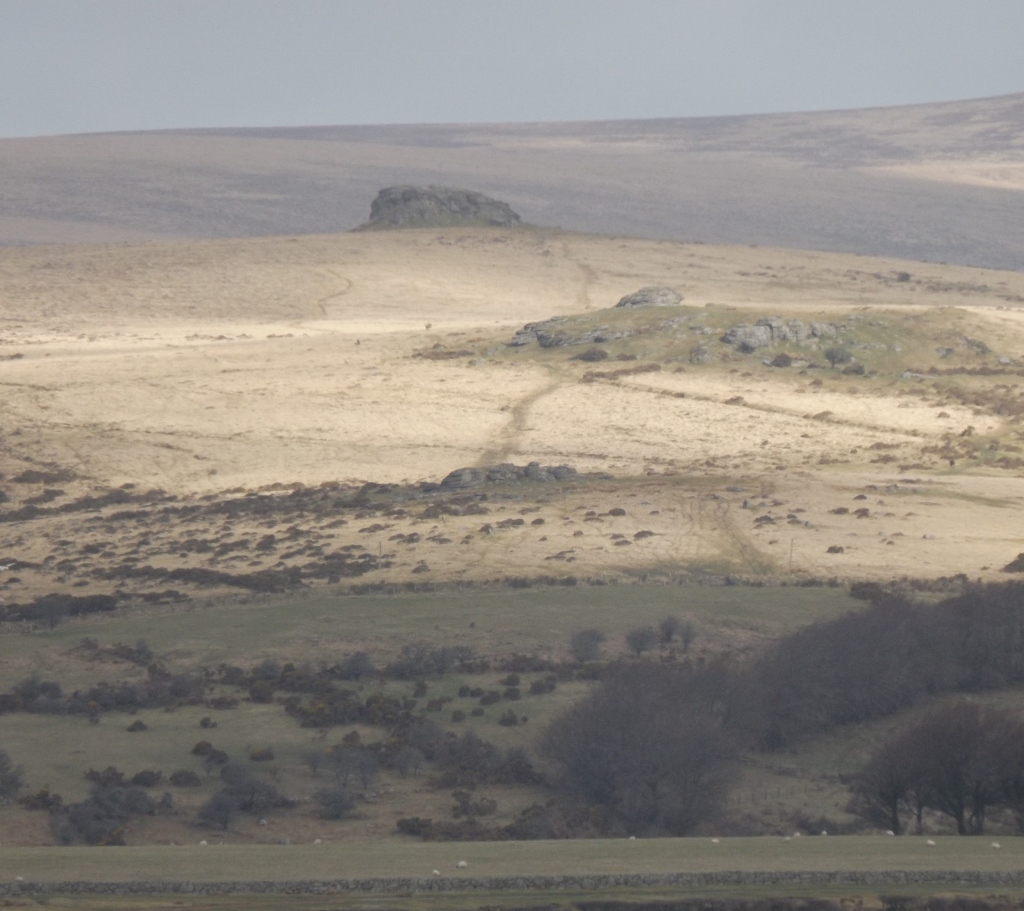 Kestor Rocks (furthest), Middle Tor and Frenchbeer Rocks (closest). It takes me about 20 minutes to get between them so you can tell how foreshortened the view is. 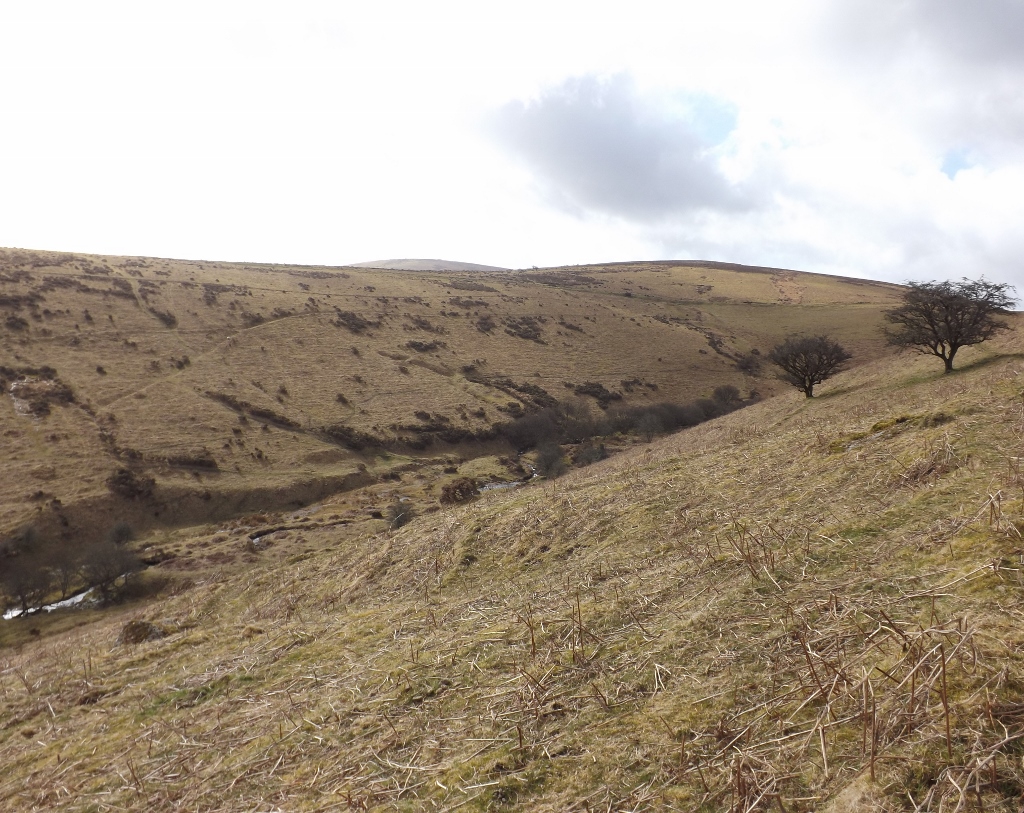 The swallows are here. First sighting on Monday. They must be regretting their decision but it's a bit late to go back now. I'm in the winter gloves again out in the wind and the ponies that are around here are keeping to the more sheltered areas. I've noticed a few more mares in foal but, knowing my luck this year, they'll make sure they leave before it happens. 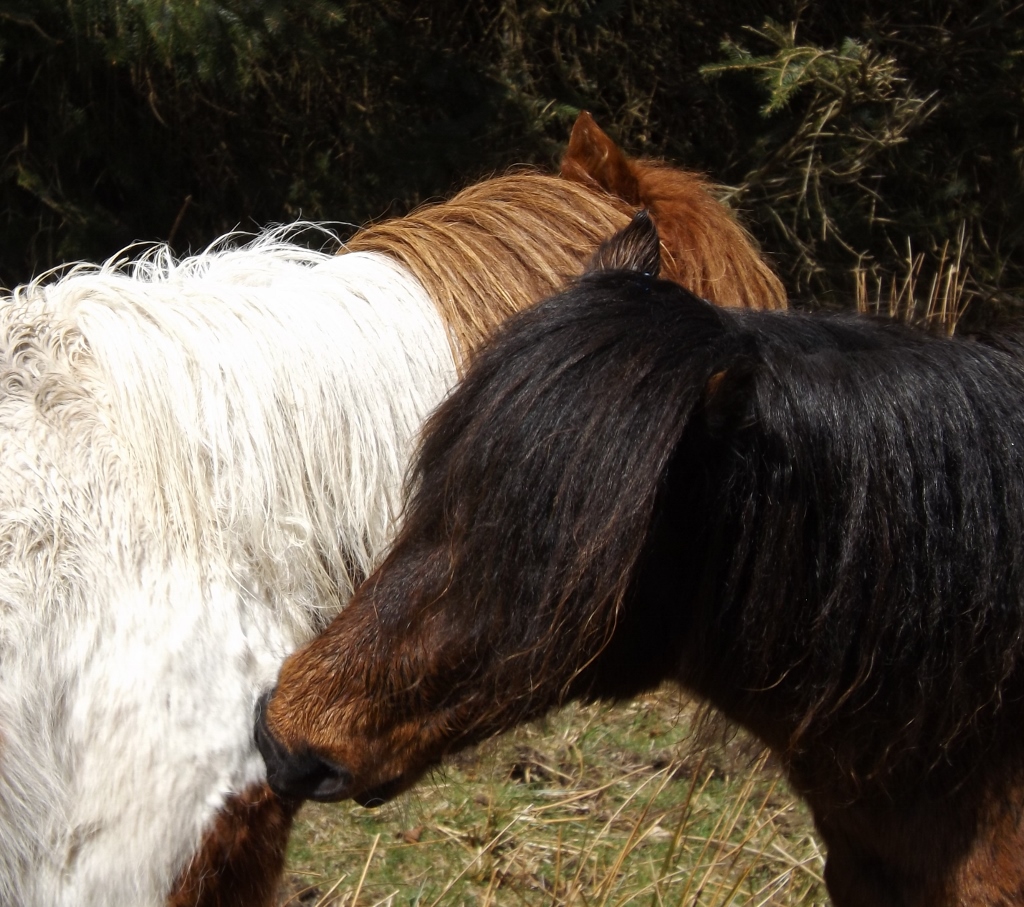 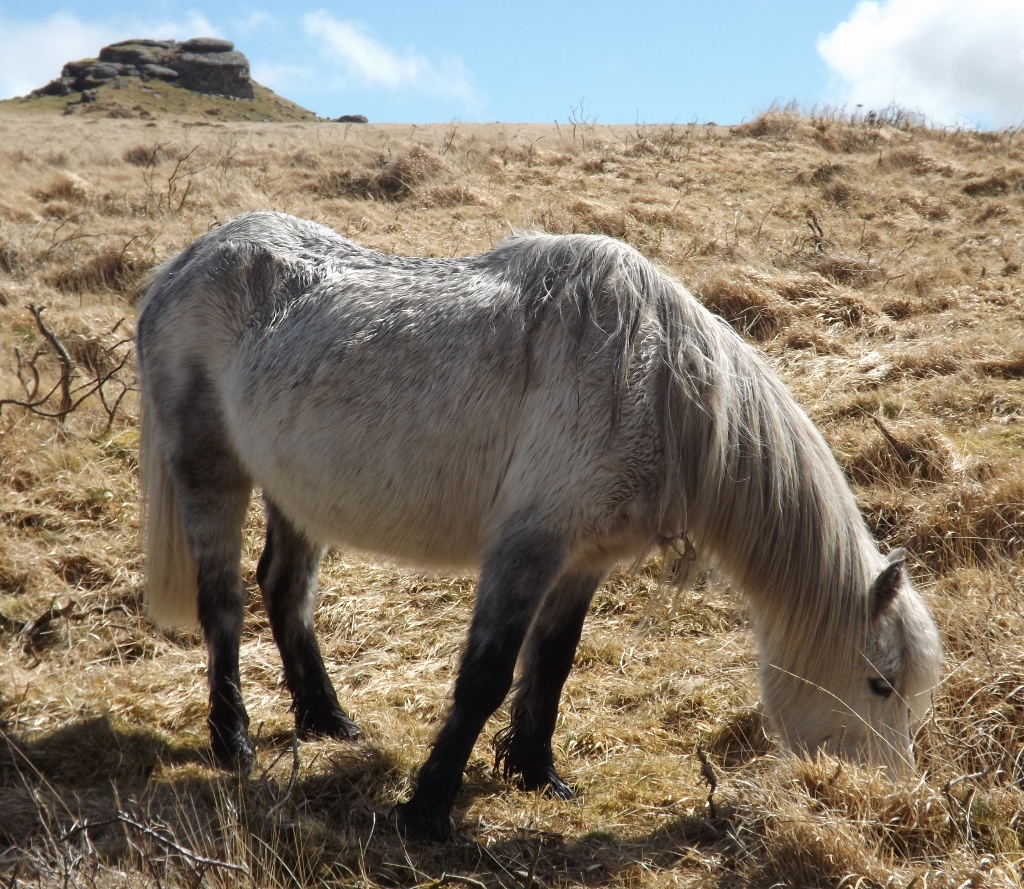 I have been waiting in for BT again today since 11.00am. The broadband is still terrible. When I spoke to the engineer he seemed surprised that nothing had been done since his last visit on Monday. I'm not.

Thanks so much all of you for sticking with me, if not for all 100 of the posts, as much as you do. Until next time, here's a happy, pain free Snippet. He's no longer allowed in Trigger's field, which is known as 'the warren'. I need say no more. 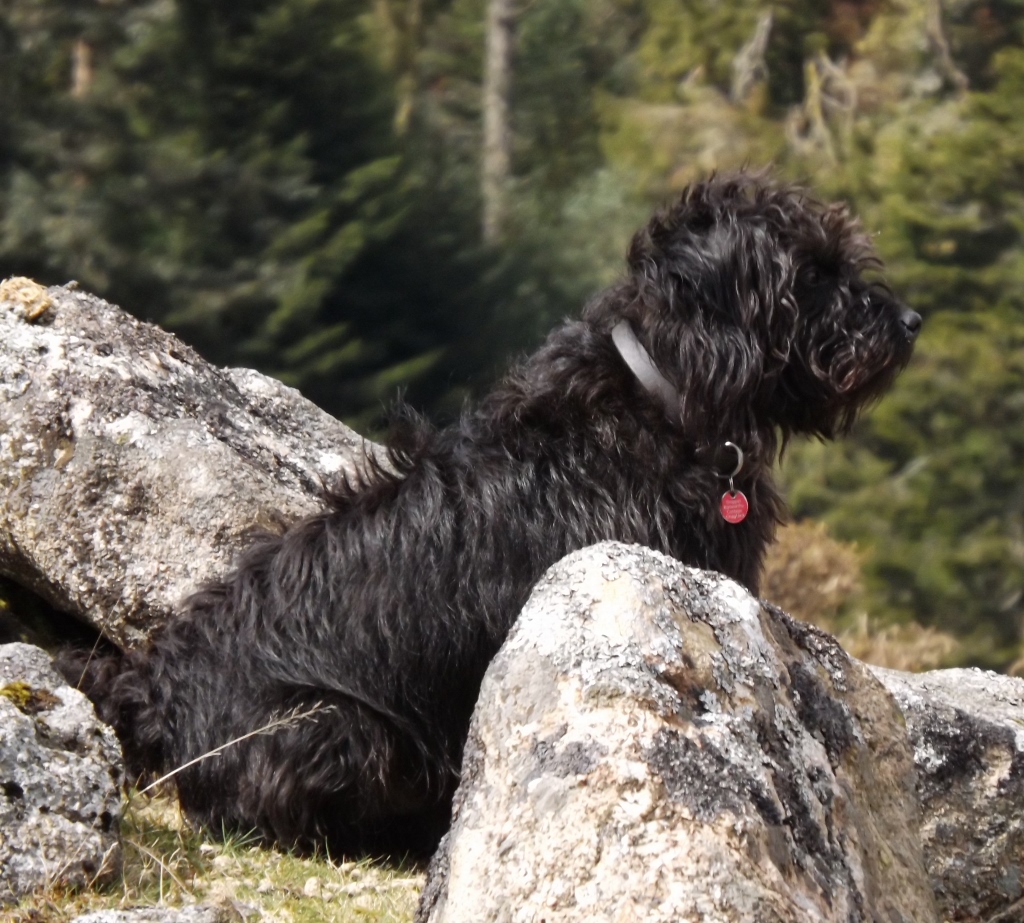